Barbados is home to many obvious things; palm trees, beaches, rum and Bajan cuisine, but nobody expects a Cold War relic like the massive HARP space gun. Nor are they likely to stumble across it accidentally. You have to go and find it.

The High Altitude Research Project (HARP) was the brainchild of a British engineer, Gerald Bull, at McGill University’s Space Research Institute (SRI) who had been using guns rather than wind tunnels to test models of high-speed missiles in the 1950s. He figured that using huge guns to fire test models into space instead of expensive and often unreliable rockets, would be more efficient and cheaper if the models had their electronics embedded in sand & epoxy and were enclosed in a protective ‘sabot’ casing to fit the barrel.

Bull and his colleague Donald Mordell, persuaded McGill University, the US Army and the Canadian government to fund a test facility on Barbados, which was ideally located close (13° north) to the equator and with the Atlantic ocean as a firing range. In April 1962 a pair of ex-Navy 16″ guns were conveyed in a tank landing craft to the nearest suitable beach 7 kilometres away and then a temporary railway track was built to pull them up to the site where a concrete gun emplacement was being built. They only had 450 metres of track so they had keep taking up the track behind and replacing it in front of the train! 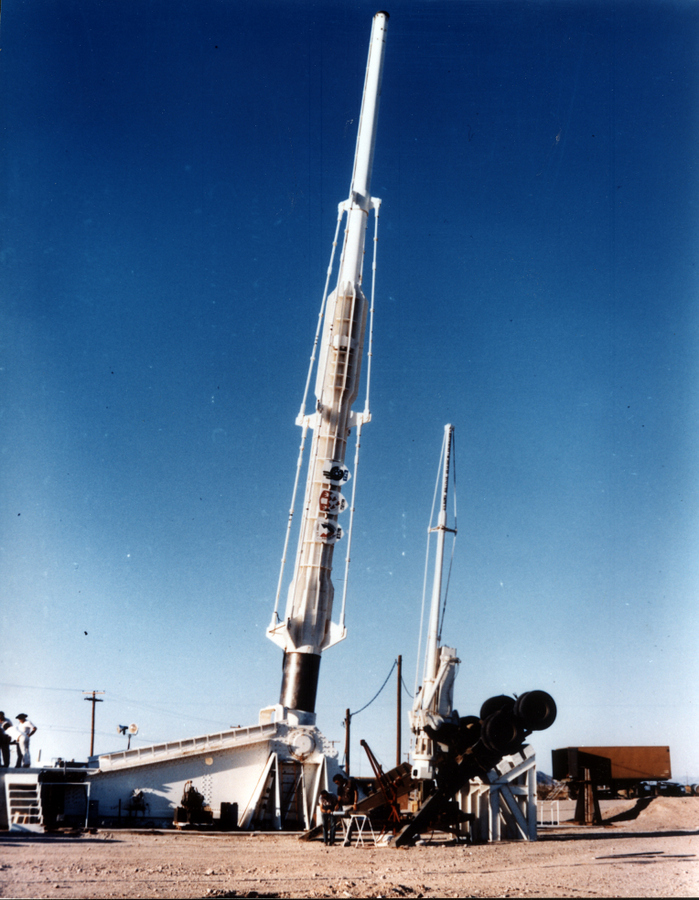 The first gun was slowly assembled and then the Cuban Missile crisis kicked off. The gun couldn’t be aimed at Cuba but the potential for the Soviets or Cubans to mistake its purpose and attack the site, caused the HARP team to evacuate temporarily until the crisis was over. They returned in 1963 and the first test firing took place on 20th January, projecting a wooden dummy shell 3 kms into the sky. The next day the first ‘Martlet’ sabot round was fired to an altitude of 26 kms. 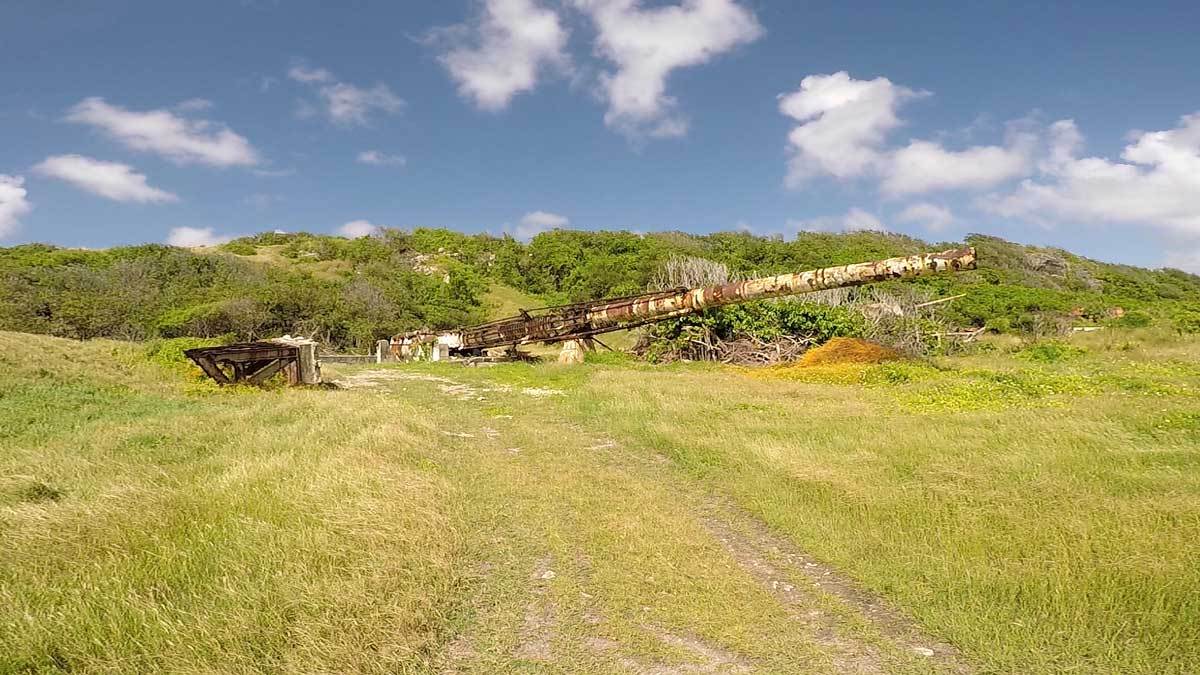 This first HARP gun was clearly visible in 2014 but has been decaying with rust quickly and is now all but lost in the bushes at the site. Its successor is very much visible though, as are other parts of the project. There were small HARP project  5″ & 7″ naval guns which were used to test explosive efficiency, sabot design, muzzle velocity and other way of getting the sabot rounds to max range. There’s also, lying on the ground, a long section of a large bore barrel which hadn’t yet been used.

By 1965 the team had realised that to reach the edges of space they needed to double the length of the barrel, so the second 16″ gun had its barrel almost doubled to 120ft with steel rods fixed on the outside to keep the barrel rigid and the alignment straight. This is the dramatic super gun that you can see today. By the end of June 1965 the new HARP super gun was regularly firing Martlet rounds to an altitude of 80 kilometres and its pinnacle was 92 kilometres. 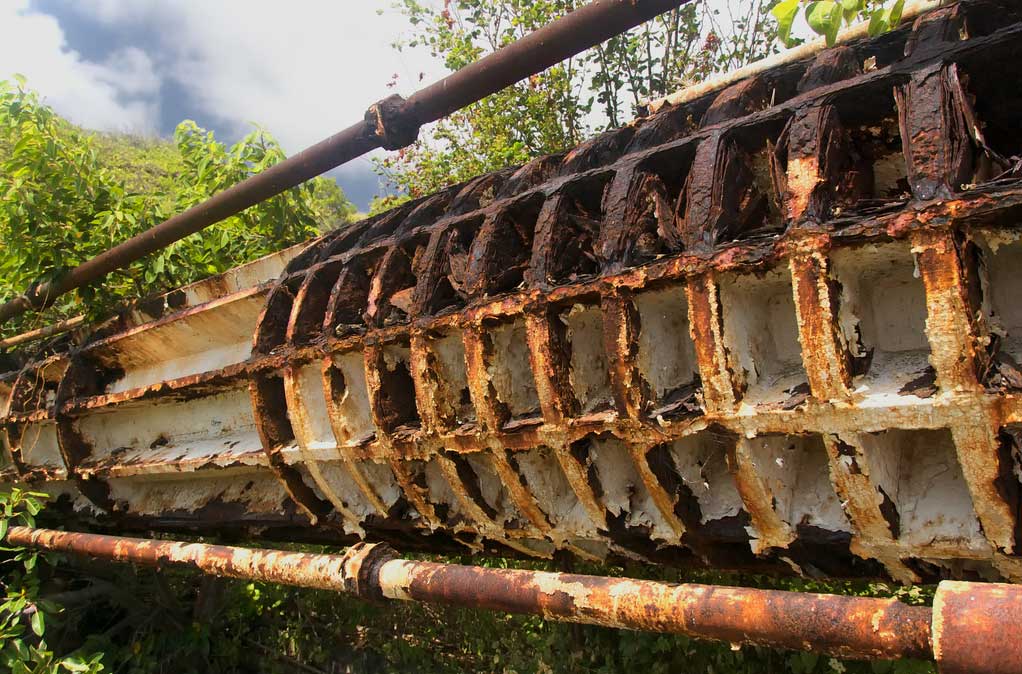 Around the same time another extended 16″ HARP gun was built near McGill University for testing high-speed armaments horizontally into a mountainside, and then in 1966 a third 120ft x 16″ HARP gun, nearly identical to the one in Barbados, was built at the Yuma military proving grounds in Arizona. This gun had only a short series of test firings before the programme was terminated, but it holds the record for the highest gun-launched Martlet vehicle – 180 kms! 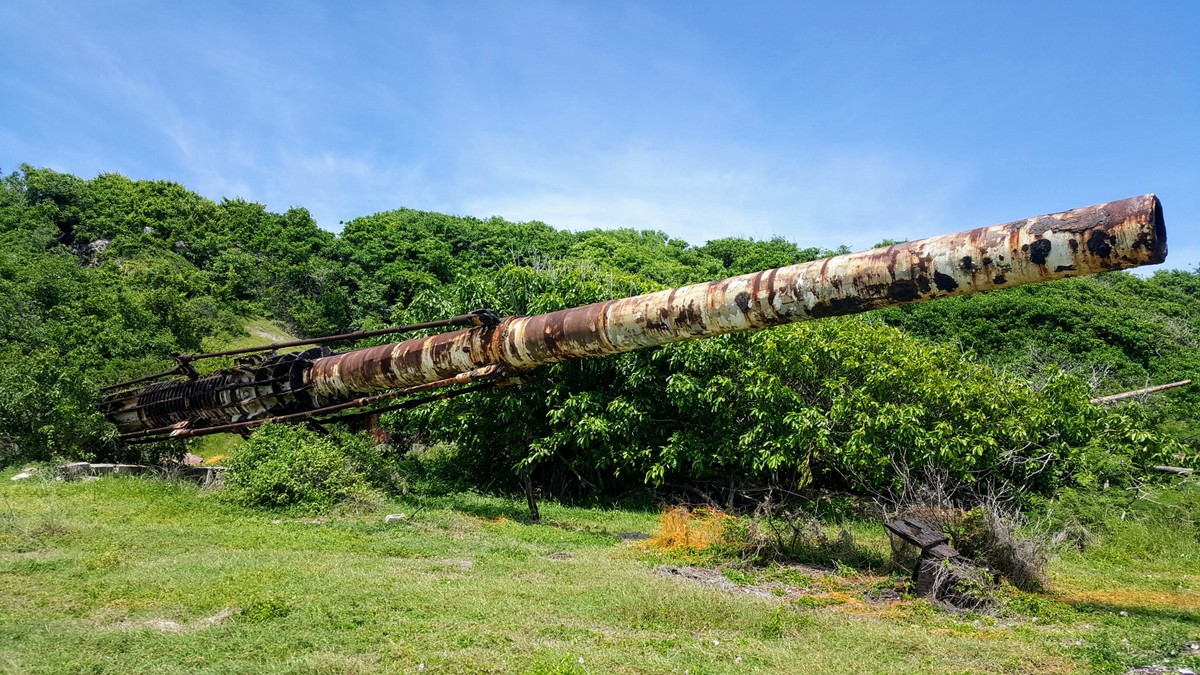