Dallol was a settlement in the Dallol woreda of northern Ethiopia. Located in Administrative Zone 2 of the Afar Region in the Afar Depression, it has a latitude and longitude of 14°14′19″N 40°17′38″E with an elevation of about 130 meters below sea level. The Central Statistical Agency has not published an estimate for this settlement’s 2005 population; it has been described as a ghost town.

Dallol currently holds the official record for record high average temperature for an inhabited location on Earth, where an average annual temperature of 35°C (96°F) was recorded between the years 1960 and 1966. Dallol is also one of the most remote places on Earth. There are no roads; the only regular transport service is provided by camel caravans which travel to the area to collect salt.

Nearby is the Dallol volcano, which last erupted in 1926. 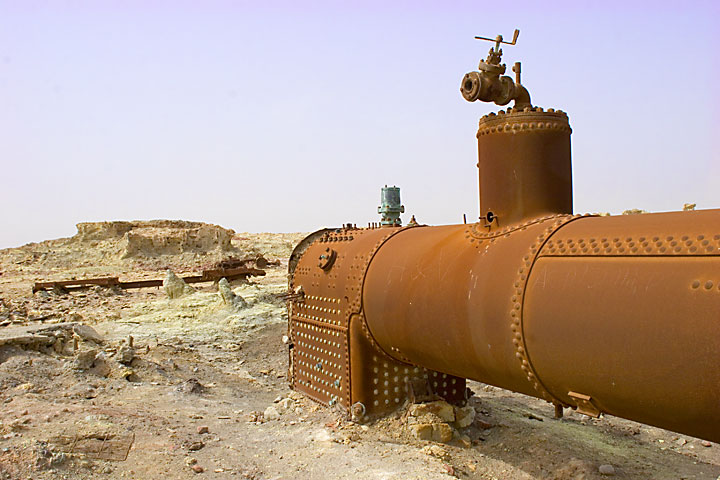 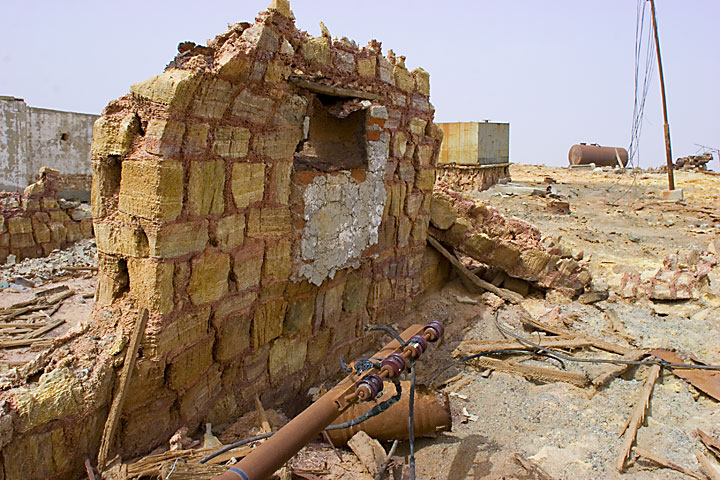 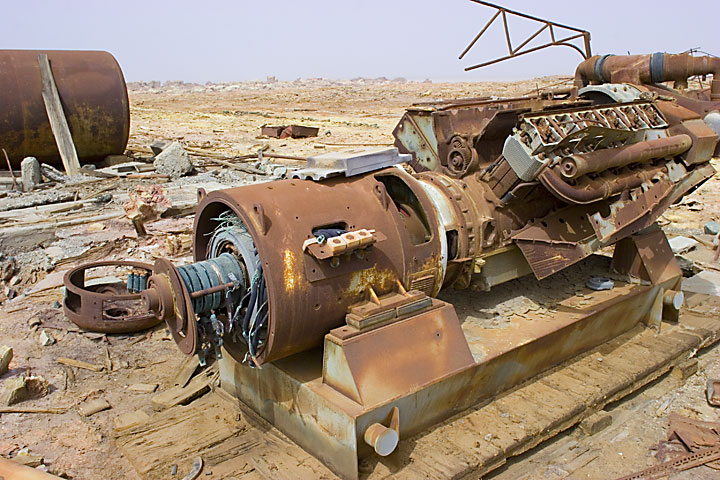 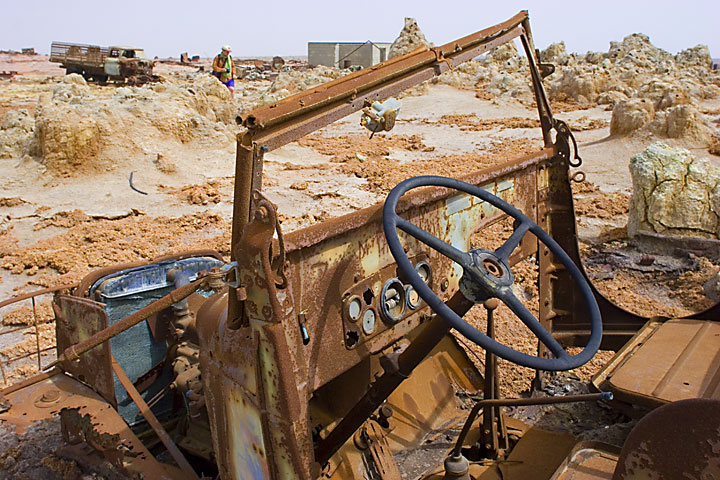 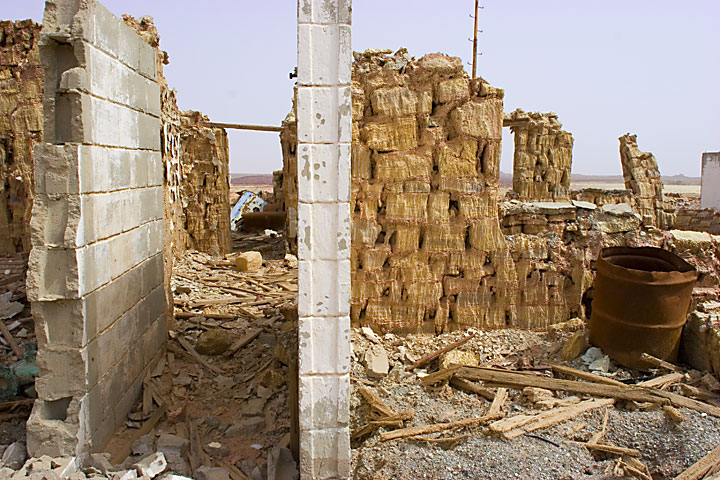 A railway from the port of Mersa Fatma in Eritrea to a point 28 km from Dallol was completed in April 1918. Built from 1917-1918, using the 60 cm-gauge Decauville system (“Decauville” describes ready-made sections of small-gauge track which can be rapidly assembled) it transported salt from the “Iron Point” rail terminal near Dallol, via Kululli to the port.

Potash production is said to have reached about 50,000 metric tons after the railway was constructed. Production was stopped after World War I owing to large-scale supplies from Germany, USA, and USSR. Unsuccessful attempts to reopen production were made in the period 1920-1941. Between the years 1925-29 an Italian company mined 25,000 tons of sylvite, averaging 70% KCl, which was transported by rail to Mersa Fatma. After the Second World War, the British administration dismantled the railway and removed all traces of it.

Dallol became more known in the West in 2004 when it was featured in the Channel 4/National Geographic documentary Going to Extremes. As of 2004, some buildings still stand in Dallol, all built with salt blocks.

Dallol currently holds the record high average temperature for an inhabited location on Earth, where an average annual temperature of 35°C (96°F) was recorded between the years 1960 and 1966. Dallol is also one of the most remote places on Earth.