The Naica Mine of the Mexican state of Chihuahua, is a working mine that is best known for its extraordinary selenite crystals. Located in Naica in the municipality of Saucillo, the Naica Mine is a lead, zinc and silver mine operated by Industrias Peñoles, Mexico’s largest lead producer. Caverns discovered during mining operations contain crystals of selenite (gypsum) as large as 4 feet (1.2 m) in diameter and 50 feet (15 m) long. 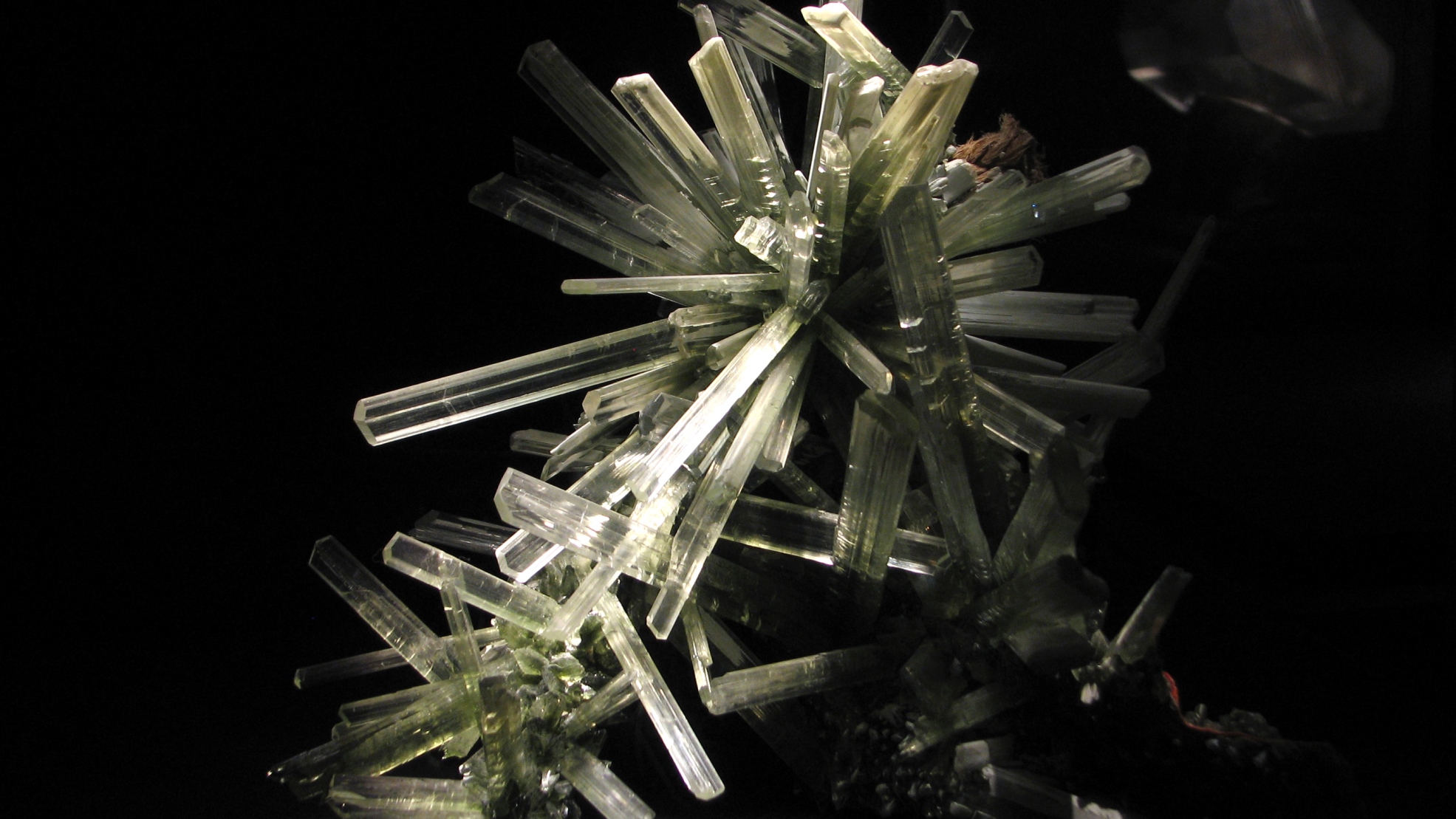 Cave of the Crystals

The Cave of Crystals is a cave approximately 1,000 feet (300 m) below the surface in the limestone host rock of the mine. The chamber contains giant selenite crystals, some of the largest natural crystals ever found. The selenite crystals were formed by hydrothermal fluids emanating from the magma chambers below. The cavern was discovered while the miners were drilling through the Naica fault, which they were worried would flood the mine. The caves are closed to the public. 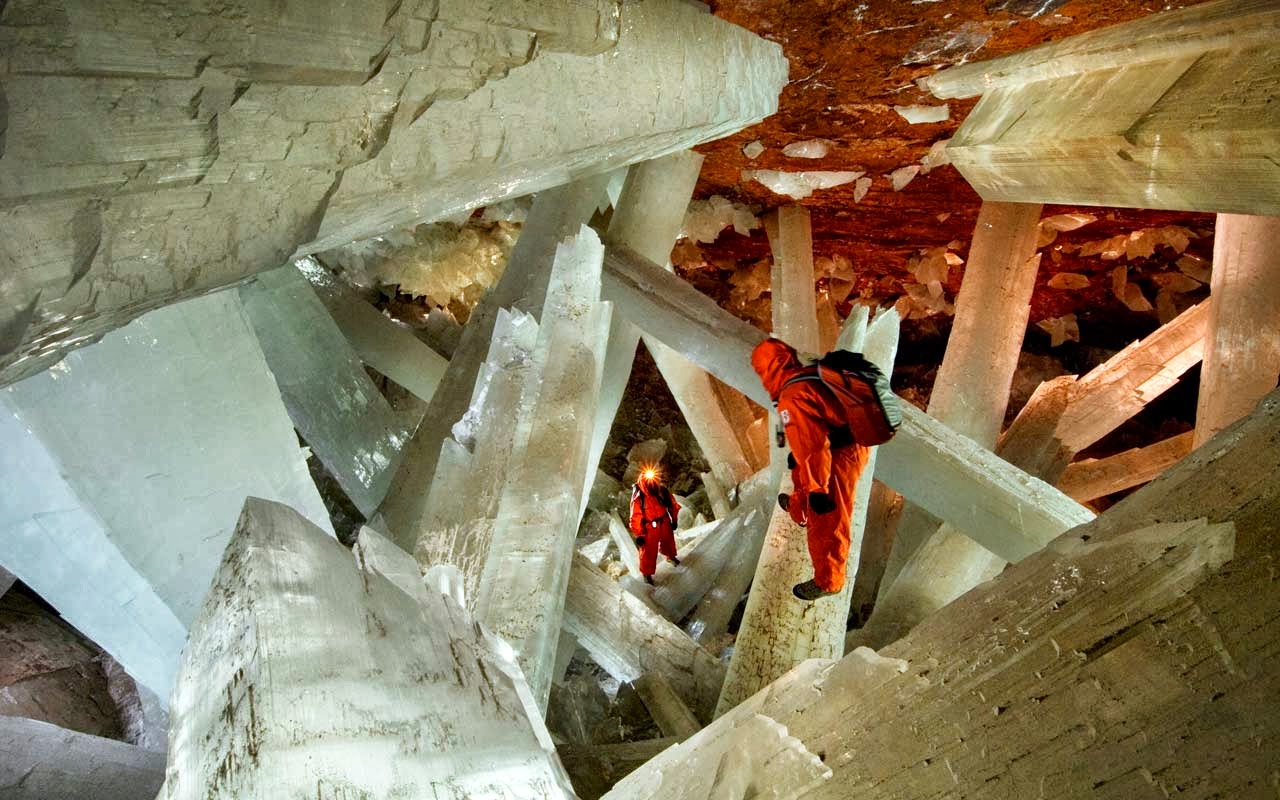 The Cave of Swords

The Cave of Swords is another chamber in the Naica Mine, also containing gypsum crystals but each only about a meter long. 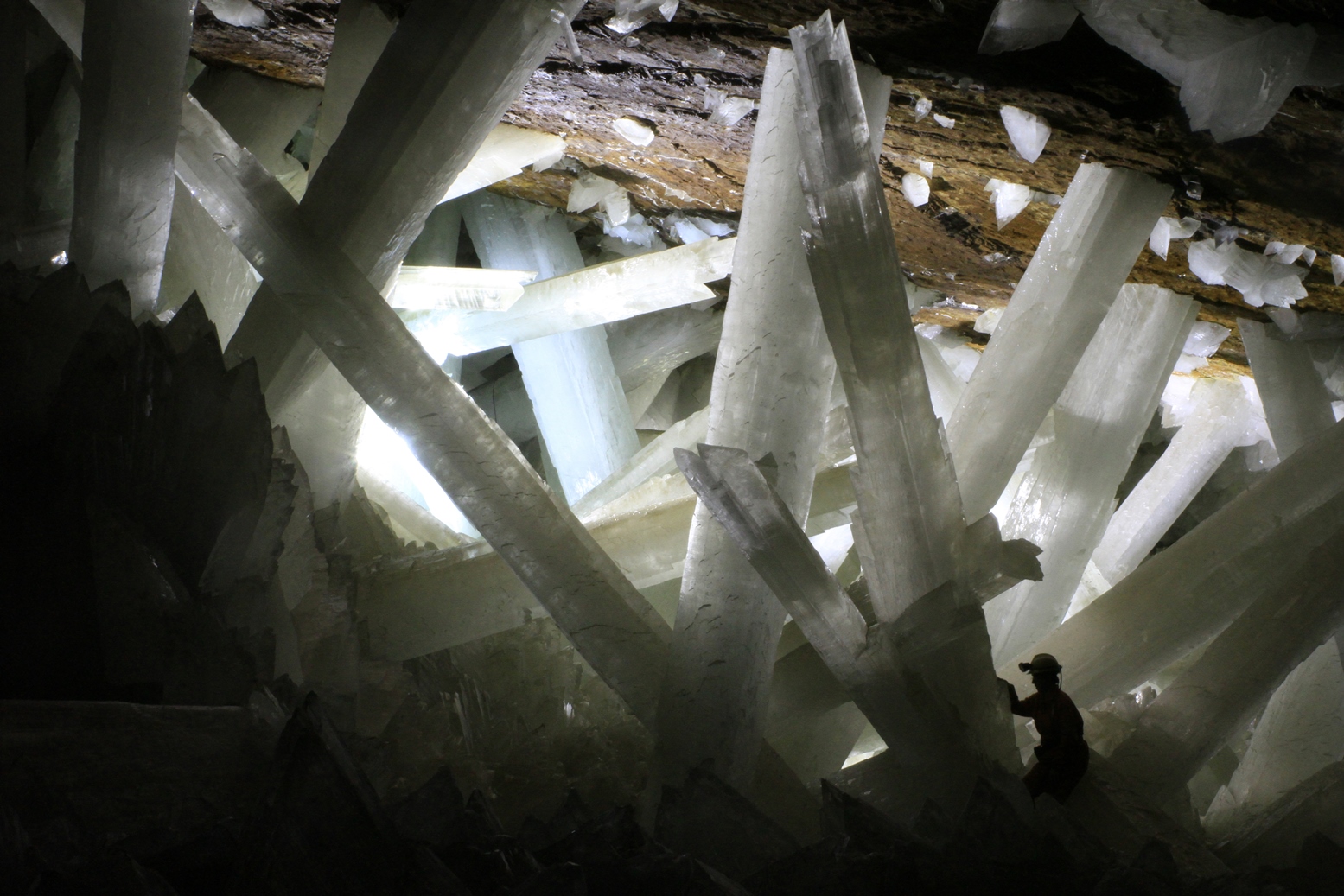