When U.S. astronauts Neil Armstrong, Edwin Aldrin and Michael Collins set off from the Kennedy Space Center in 1969 to become the first men to set foot on the moon, they were in a Saturn-V-Rocket, better known as Apollo 11.

The development of the rocket was led by Dr. Wernher von Braun, the brilliant engineer prodigy who was recruited by the German Army looking to exploit a loophole in the Treaty of Versailles which did not cover rocket technology. Von Braun was offered a position in the SS in 1940 by Heinrich Himmler. Von Braun knew it would be unwise to turn down Himmler given his power and influence within Hitler’s government. Von Braun and many of his fellow rocket enthusiasts got their start in the Verein für Raumschiffahrt, or VfR (Society for Space Travel). It was his work with VfR that brought von Braun to the attention of the Army.

Wernher von Braun was appointed the technical director of the Heeresversuchsanstalt Peenemünde (Peenemünde Army Research Center), working on the development and production of several rockets, most famously, the A-4, later named the V-2, rocket which was used as the first long-range ballistic missile in history by Nazi Germany against the Allies.

In 1942 an A-4 (later called V-2) from Peenemünde was the first object built by humans to reach outer space, and the rocket factory became known as the “Cradle of Spaceflight.” But starting in 1944, the V-2 rockets assembled at Peenemünde were shipped out to be used in attacks against Great Britain, France, Belgium, and others.

As demand grew and more workers were needed to assemble the rockets, Peenemünde was given its own concentration camp of slave workers for production. A second camp was placed in the basement of one of the construction halls at Peenemünde. Around 5,000 workers were brought to the site, of which 171 were cremated in the nearby Greifswald crematory. Other corpses were buried in various places around the huge research site. 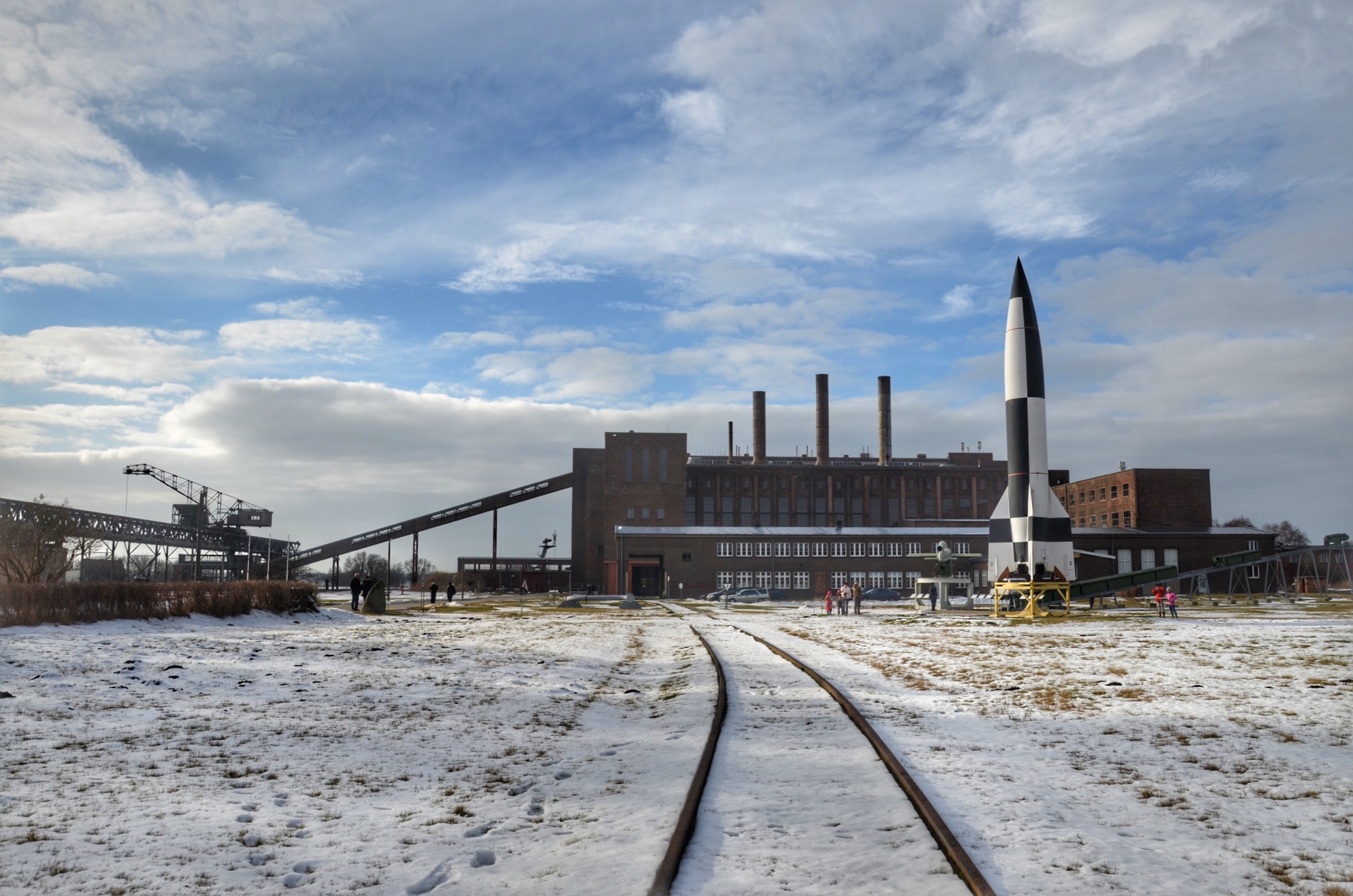 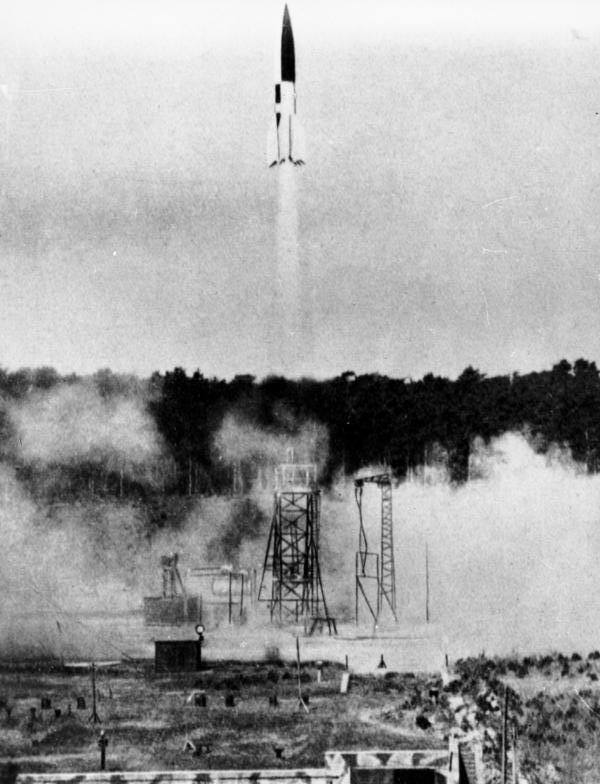 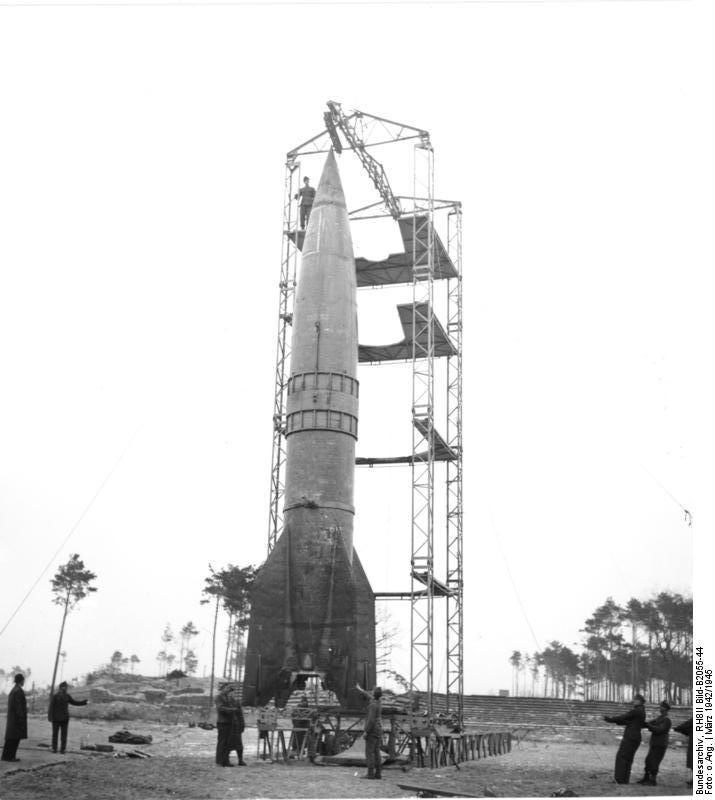 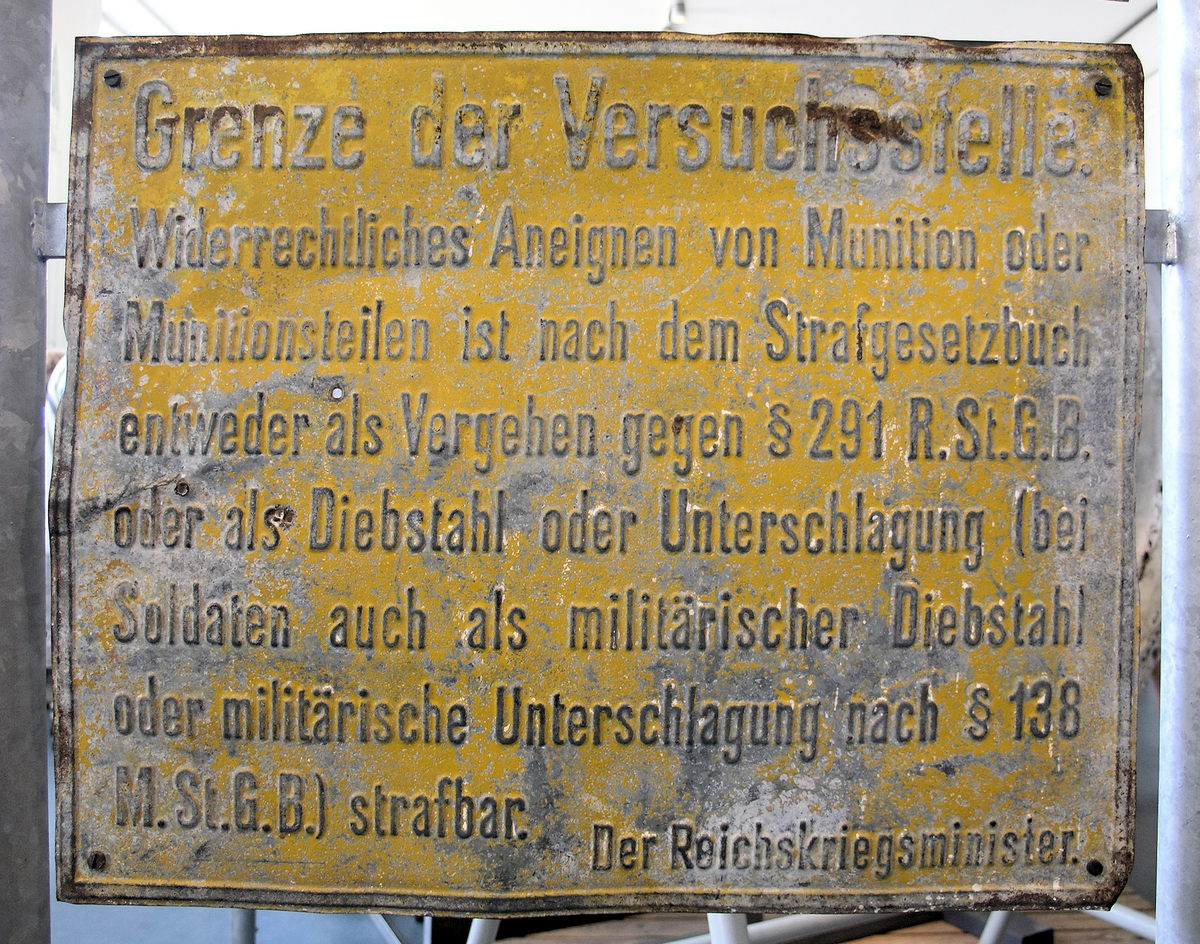 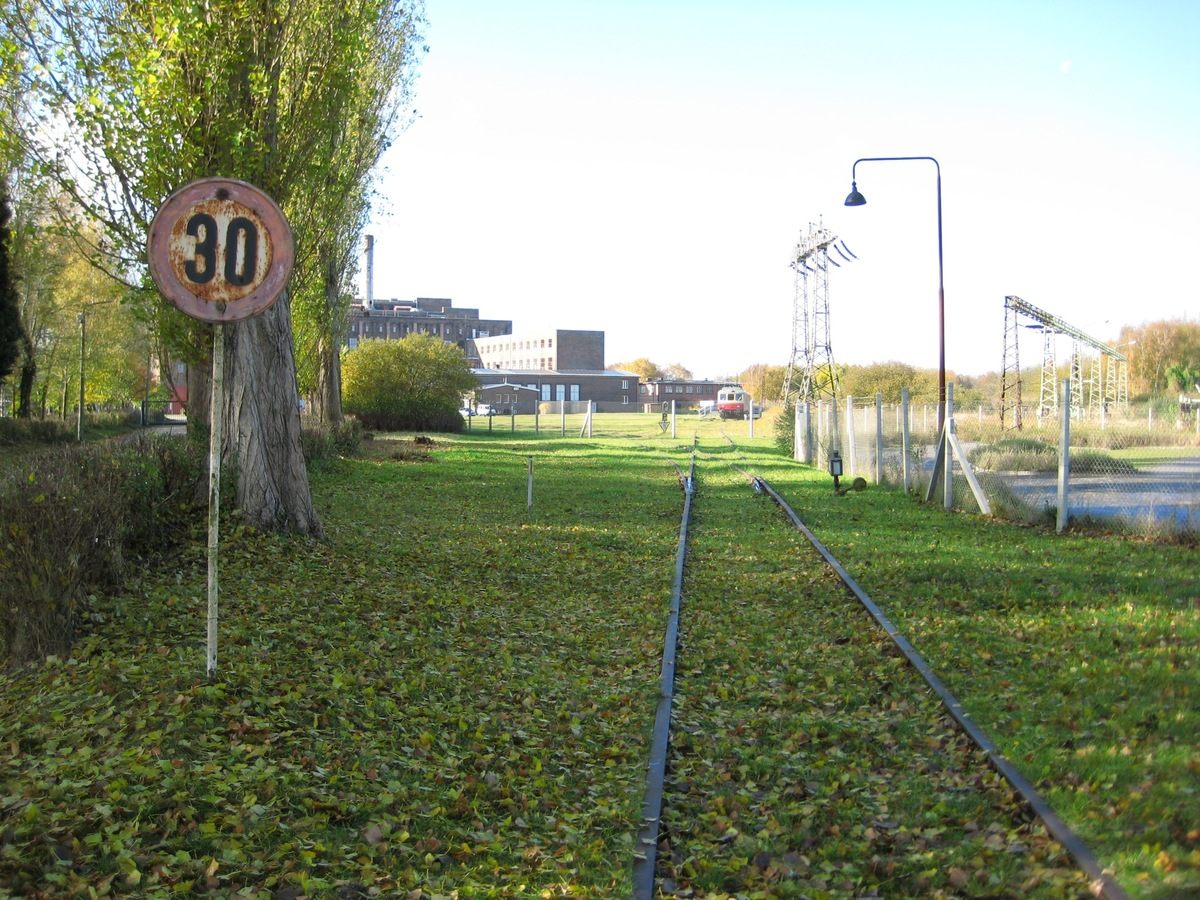 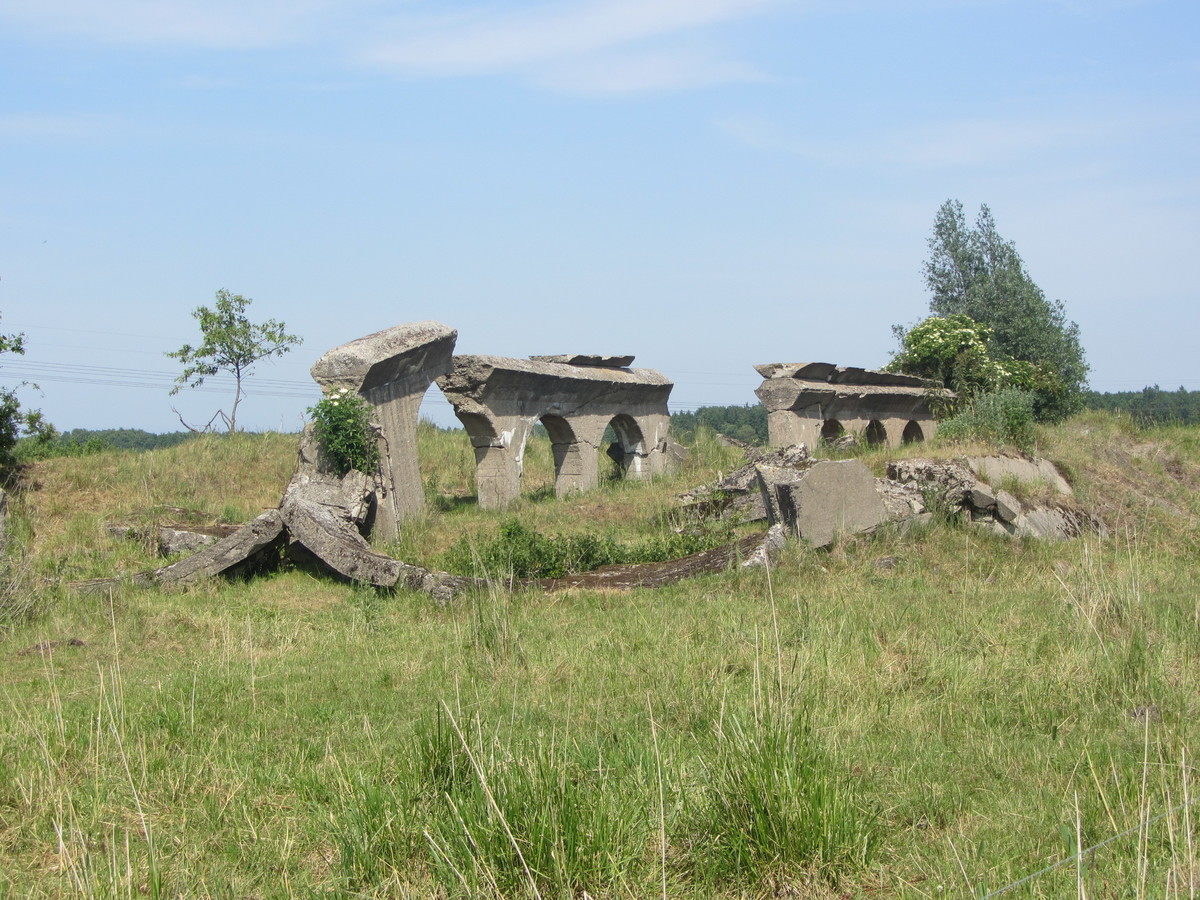 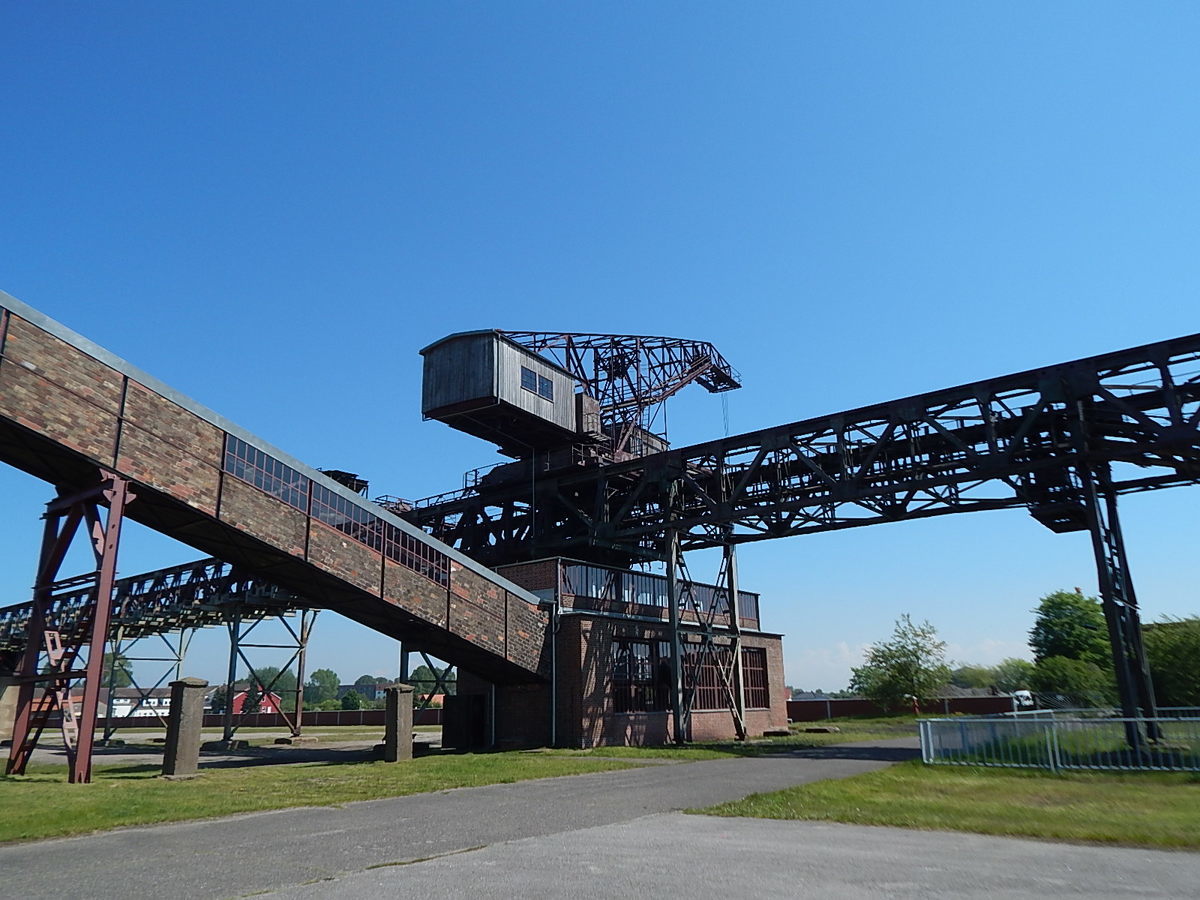 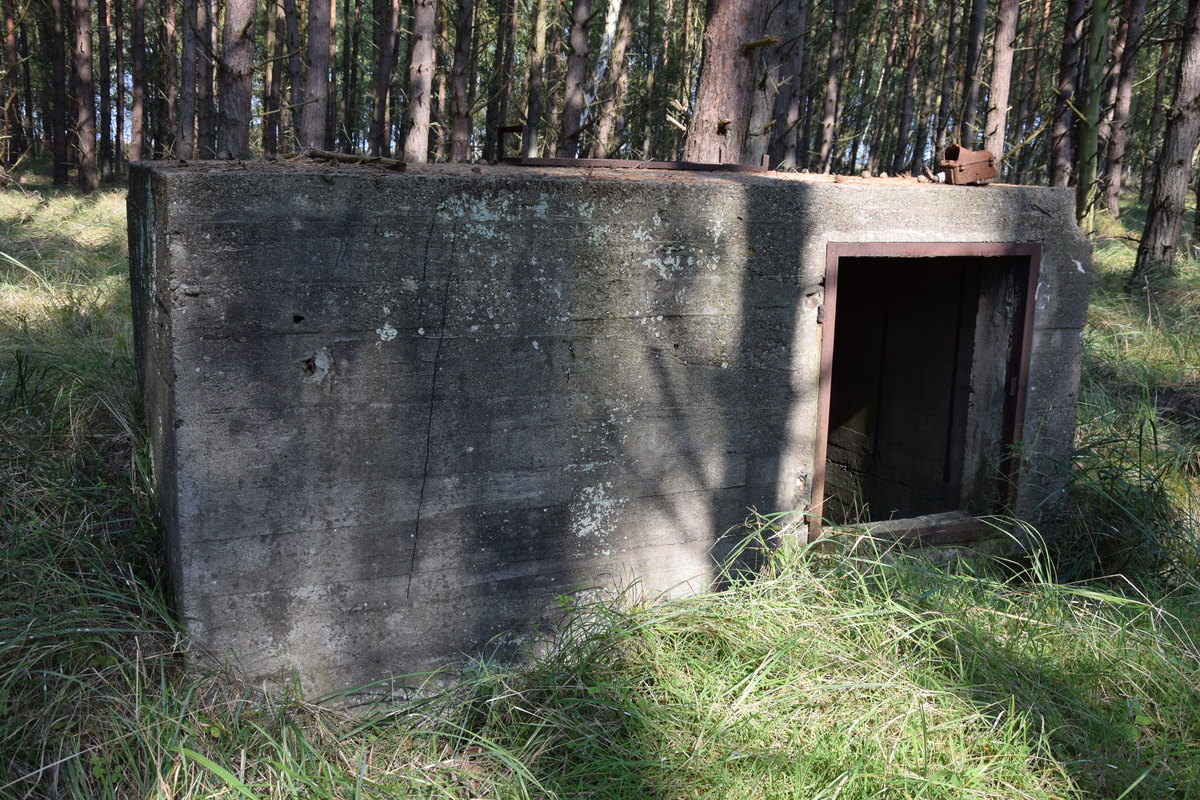 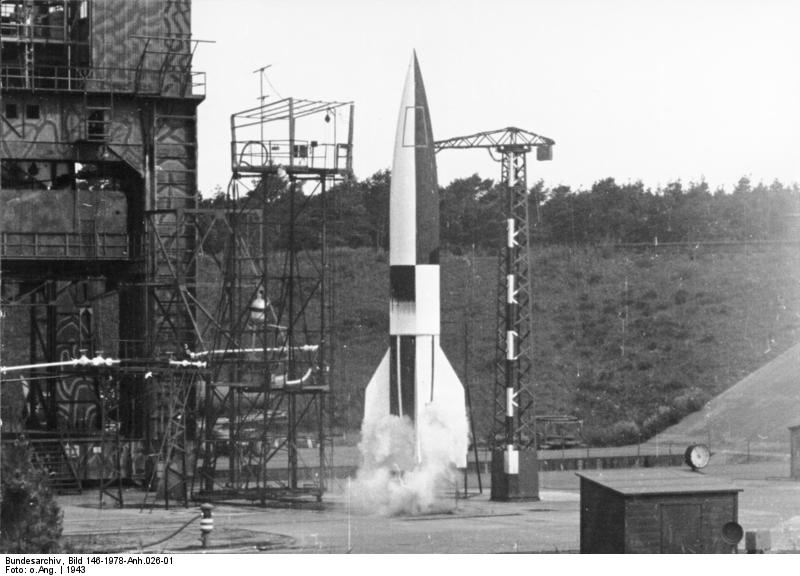 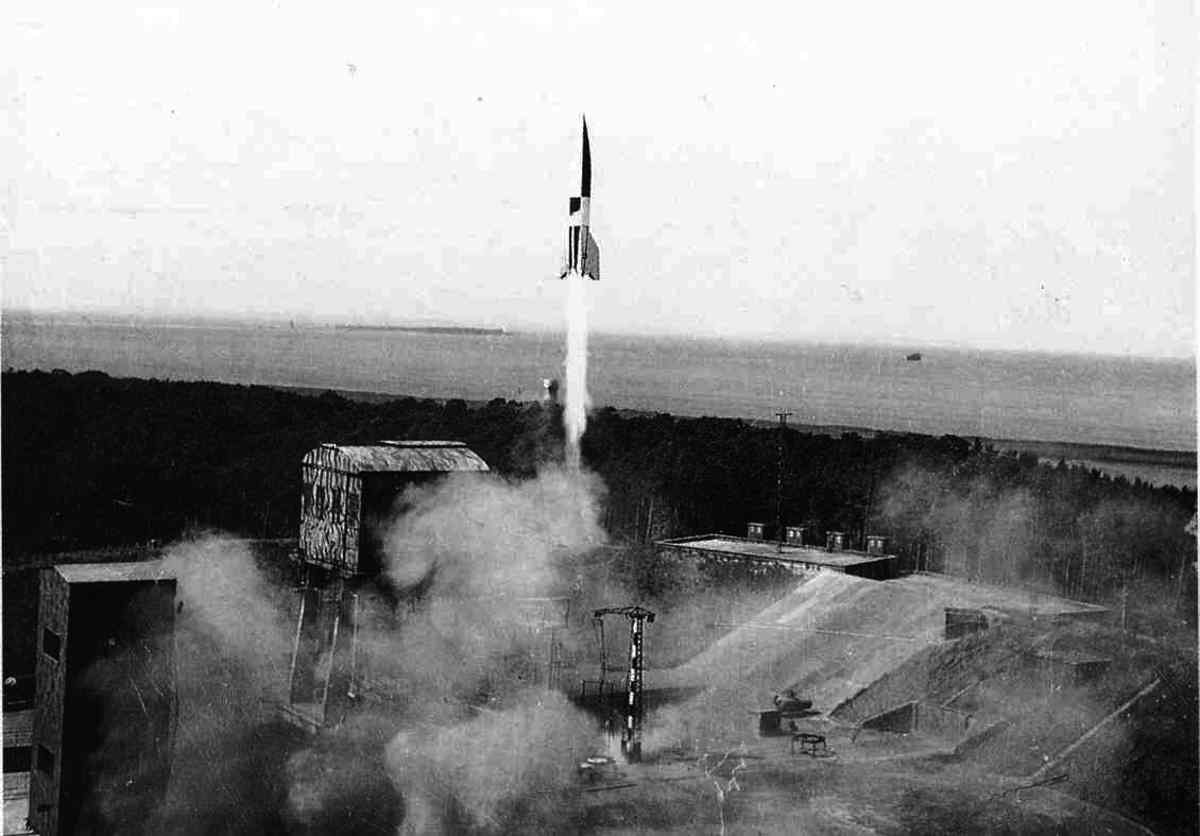 Around 20,000 people interned in the concentration camps connected to Peenemünde died while part of the production of the V-2. By the end of the war, around 3,200 rockets were launched killing more than 8,000 people, many of them civilians. It is the only weapon ever built to have caused more victims during construction than in action.

As the Russians came closer to Peenemünde and after some air strikes by the allied forces in 1943, the bulk of the production site was moved further into the country. Between February and March 1945, the site was evacuated and partly destroyed. Slave workers were marched elsewhere by the SS and many died before reaching their next destination. On March 4, 1945, Peenemünde was occupied by Soviet Troops. Most parts of the research site were still intact and were dismounted and brought to the USSR. The site was used as air force and navy base for Soviet and East German soldiers until 1990. Many of the Peenemünde engineers, scientists and managers surrendered to U.S. forces and were brought to America under Operation Paperclip to be exploited for their knowledge by the US Army. Von Braun, Eberhard Rees, Ernest Stuhlinger, Kurt Debus and many others worked for the US Army to build an improved version of the A-4/V-2 which became the IRBM Redstone missile, also used to launch the first US satellite and the first two sub-orbital Mercury missions.  In 1960, most of the von Braun team transferred from the US Army to the newly created NASA Marshall Space Flight Center. They led the development of the Saturn family of rockets that powered the Apollo Program and the successful manned flights to the moon.

Today you can see some train tracks, parts of buildings, bunkers, launch stations and other ruins on the abandoned site. The former power plant is still intact and was in use up until 1990. It now houses a technical museum, the Peenemünde Historisch-Technisches Museum, devoted to the  science, development and construction of the rockets at Peenemünde.