On August 13, 1961, the Communist government of the German Democratic Republic (GDR, or East Germany) began to build a barbed wire and concrete “Antifascistischer Schutzwall,” or “antifascist bulwark,” between East and West Berlin. The official purpose of this Berlin Wall was to keep Western “fascists” from entering East Germany and undermining the socialist state, but it primarily served the objective of stemming mass defections from East to West. The Berlin Wall stood until November 9, 1989, when the head of the East German Communist Party announced that citizens of the GDR could cross the border whenever they pleased. That night, ecstatic crowds swarmed the wall. Some crossed freely into West Berlin, while others brought hammers and picks and began to chip away at the wall itself. To this day, the Berlin Wall remains one of the most powerful and enduring symbols of the Cold War.

The Partitioning Of Berlin

As World War II came to an end in 1945, a pair of Allied peace conferences at Yalta and Potsdam determined the fate of Germany’s territories. They split the defeated nation into four “allied occupation zones”: The eastern part of the country went to the Soviet Union, while the western part went to the United States, Great Britain and (eventually) France.

Even though Berlin was located entirely within the Soviet part of the country (it sat about 100 miles from the border between the eastern and western occupation zones), the Yalta and Potsdam agreements split the city into similar sectors. The Soviets took the eastern half, while the other Allies took the western. This four-way occupation of Berlin began in June 1945. 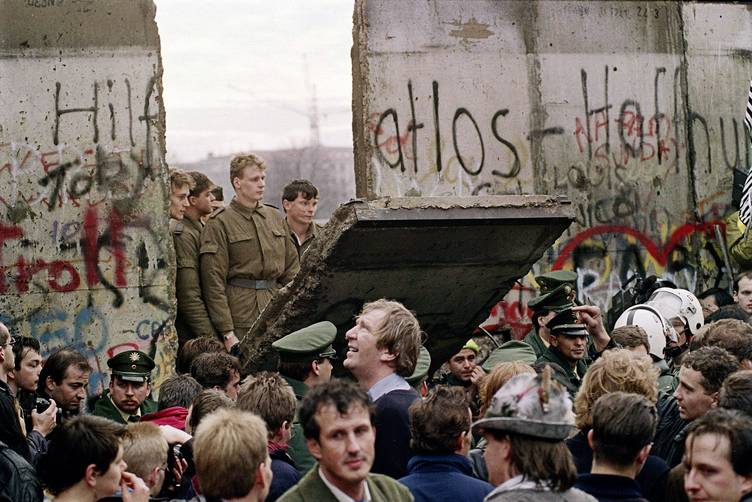 The existence of West Berlin, a conspicuously capitalist city deep within communist East Germany, “stuck like a bone in the Soviet throat,” as Soviet leader Nikita Khrushchev put it. The Russians began maneuvering to drive the United States, Britain and France out of the city for good. In 1948, a Soviet blockade of West Berlin aimed to starve the western Allies out of the city. Instead of retreating, however, the United States and its allies supplied their sectors of the city from the air. This effort, known as the Berlin Airlift, lasted for more than a year and delivered more than 2.3 million tons of food, fuel and other goods to West Berlin. The Soviets called off the blockade in 1949.

After a decade of relative calm, tensions flared again in 1958. For the next three years, the Soviets–emboldened by the successful launch of the Sputnik satellite the year before and embarrassed by the seemingly endless flow of refugees from east to west (nearly 3 million since the end of the blockade, many of them young skilled workers such as doctors, teachers and engineers)–blustered and made threats, while the Allies resisted. Summits, conferences and other negotiations came and went without resolution. Meanwhile, the flood of refugees continued. In June 1961, some 19,000 people left the GDR through Berlin. The following month, 30,000 fled. In the first 11 days of August, 16,000 East Germans crossed the border into West Berlin, and on August 12 some 2,400 followed—the largest number of defectors ever to leave East Germany in a single day. 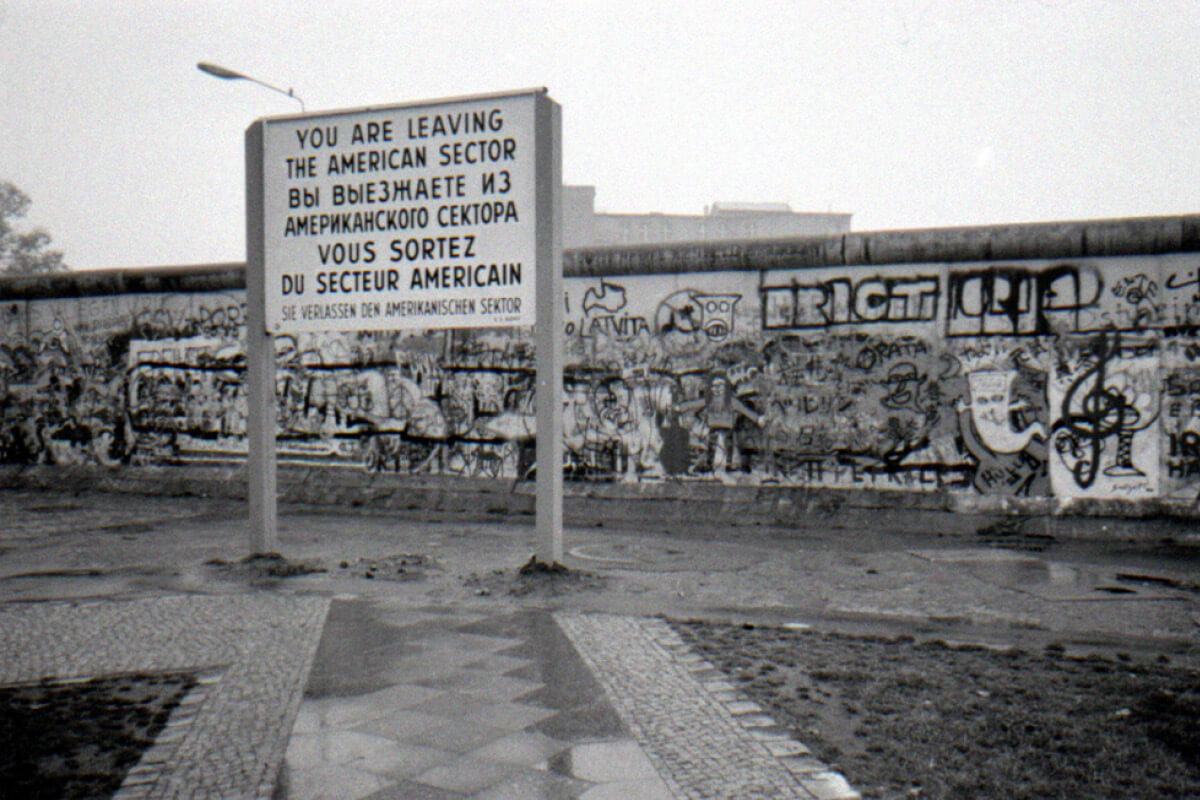 That night, Premier Khrushchev gave the East German government permission to stop the flow of emigrants by closing its border for good. In just two weeks, the East German army, police force and volunteer construction workers had completed a makeshift barbed wire and concrete block wall–the Berlin Wall–that divided one side of the city from the other.

Before the wall was built, Berliners on both sides of the city could move around fairly freely: They crossed the East-West border to work, to shop, to go to the theater and the movies. Trains and subway lines carried passengers back and forth. After the wall was built, it became impossible to get from East to West Berlin except through one of three checkpoints: at Helmstedt (“Checkpoint Alpha” in American military parlance), at Dreilinden (“Checkpoint Bravo”) and in the center of Berlin at Friedrichstrasse (“Checkpoint Charlie”). (Eventually, the GDR built 12 checkpoints along the wall.) At each of the checkpoints, East German soldiers screened diplomats and other officials before they were allowed to enter or leave. Except under special circumstances, travelers from East and West Berlin were rarely allowed across the border. 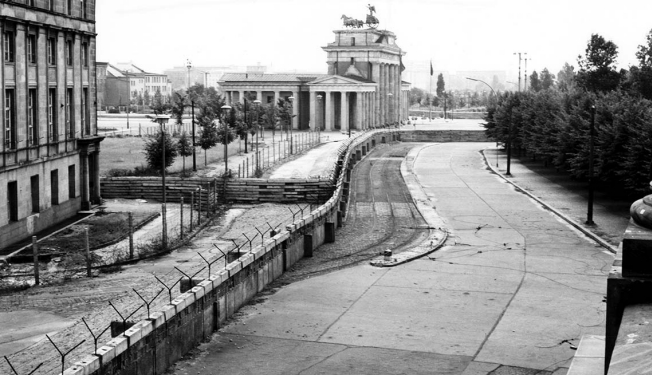 The construction of the Berlin Wall did stop the flood of refugees from East to West, and it did defuse the crisis over Berlin. (Though he was not happy about it, President Kennedy conceded that “a wall is a hell of a lot better than a war.”) Over time, East German officials replaced the makeshift wall with one that was sturdier and more difficult to scale. A 12-foot-tall, 4-foot-wide mass of reinforced concrete was topped with an enormous pipe that made climbing over nearly impossible. Behind the wall on the East German side was a so-called “Death Strip”: a gauntlet of soft sand (to show footprints), floodlights, vicious dogs, trip-wire machine guns and patrolling soldiers with orders to shoot escapees on sight.

In all, at least 171 people were killed trying to get over, under or around the Berlin Wall. Escape from East Germany was not impossible, however: From 1961 until the wall came down in 1989, more than 5,000 East Germans (including some 600 border guards) managed to cross the border by jumping out of windows adjacent to the wall, climbing over the barbed wire, flying in hot air balloons, crawling through the sewers and driving through unfortified parts of the wall at high speeds. 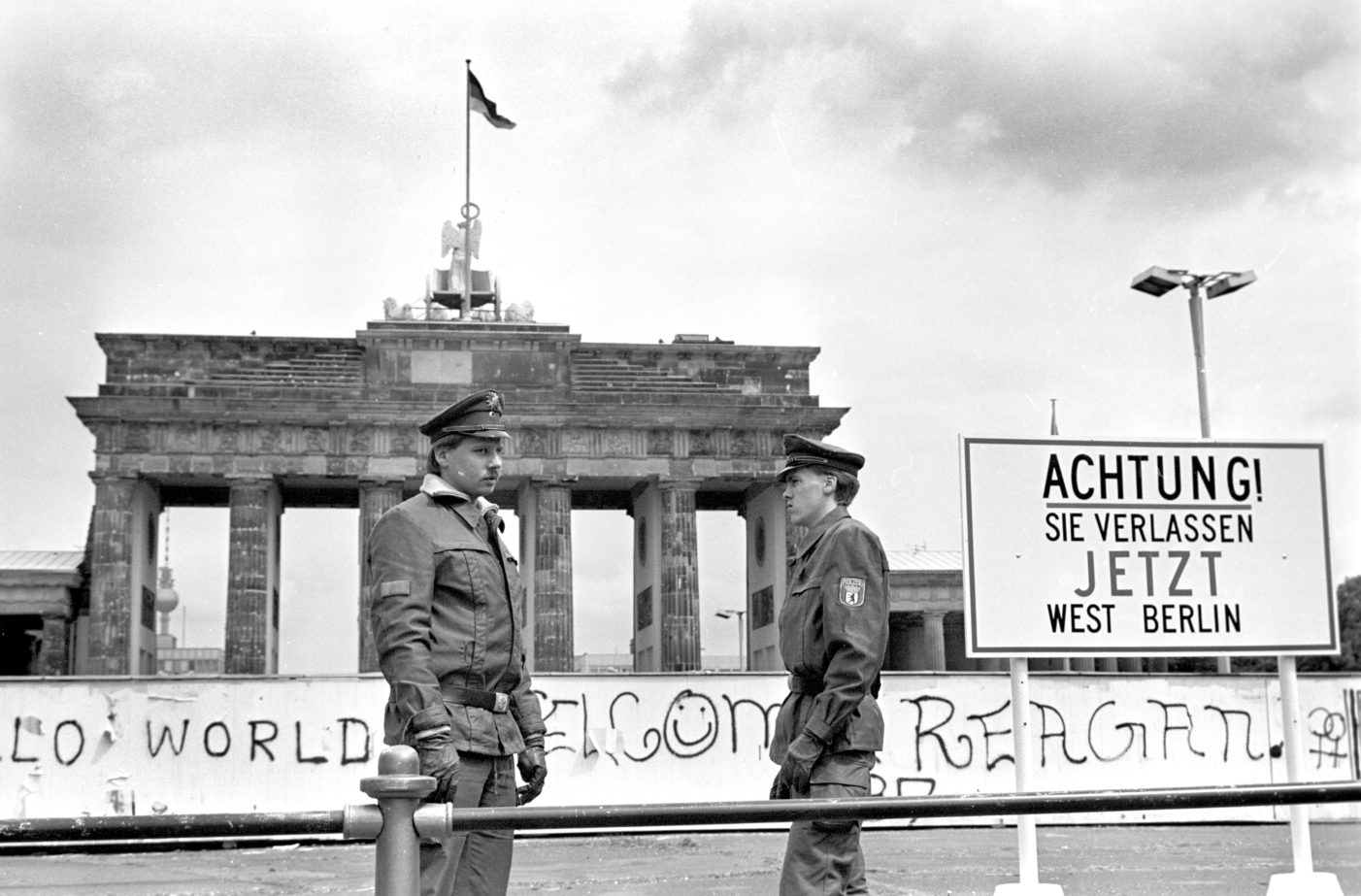 The Fall Of The Wall

On November 9, 1989, as the Cold War began to thaw across Eastern Europe, the spokesman for East Berlin’s Communist Party announced a change in his city’s relations with the West. Starting at midnight that day, he said, citizens of the GDR were free to cross the country’s borders. East and West Berliners flocked to the wall, drinking beer and champagne and chanting “Tor auf!” (“Open the gate!”). At midnight, they flooded through the checkpoints.

More than 2 million people from East Berlin visited West Berlin that weekend to participate in a celebration that was, one journalist wrote, “the greatest street party in the history of the world.” People used hammers and picks to knock away chunks of the wall–they became known as “mauerspechte,” or “wall woodpeckers”—while cranes and bulldozers pulled down section after section. Soon the wall was gone and Berlin was united for the first time since 1945. “Only today,” one Berliner spray-painted on a piece of the wall, “is the war really over.”

The reunification of East and West Germany was made official on October 3, 1990, almost one year after the fall of the Berlin Wall. 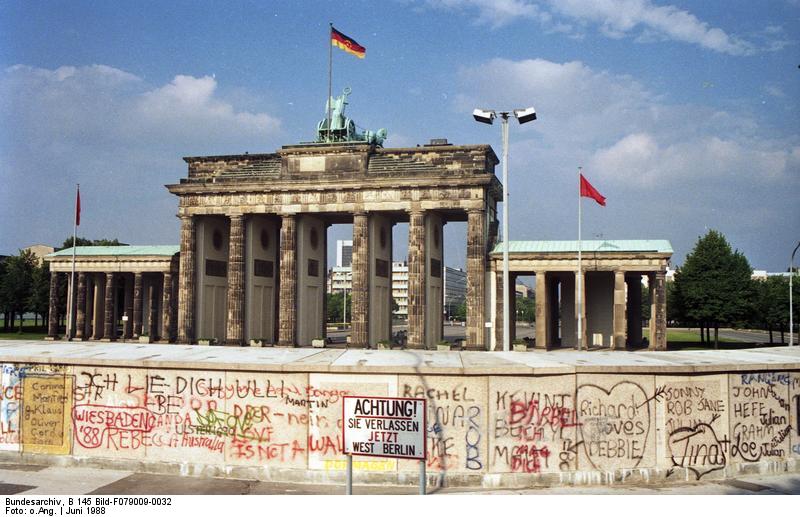 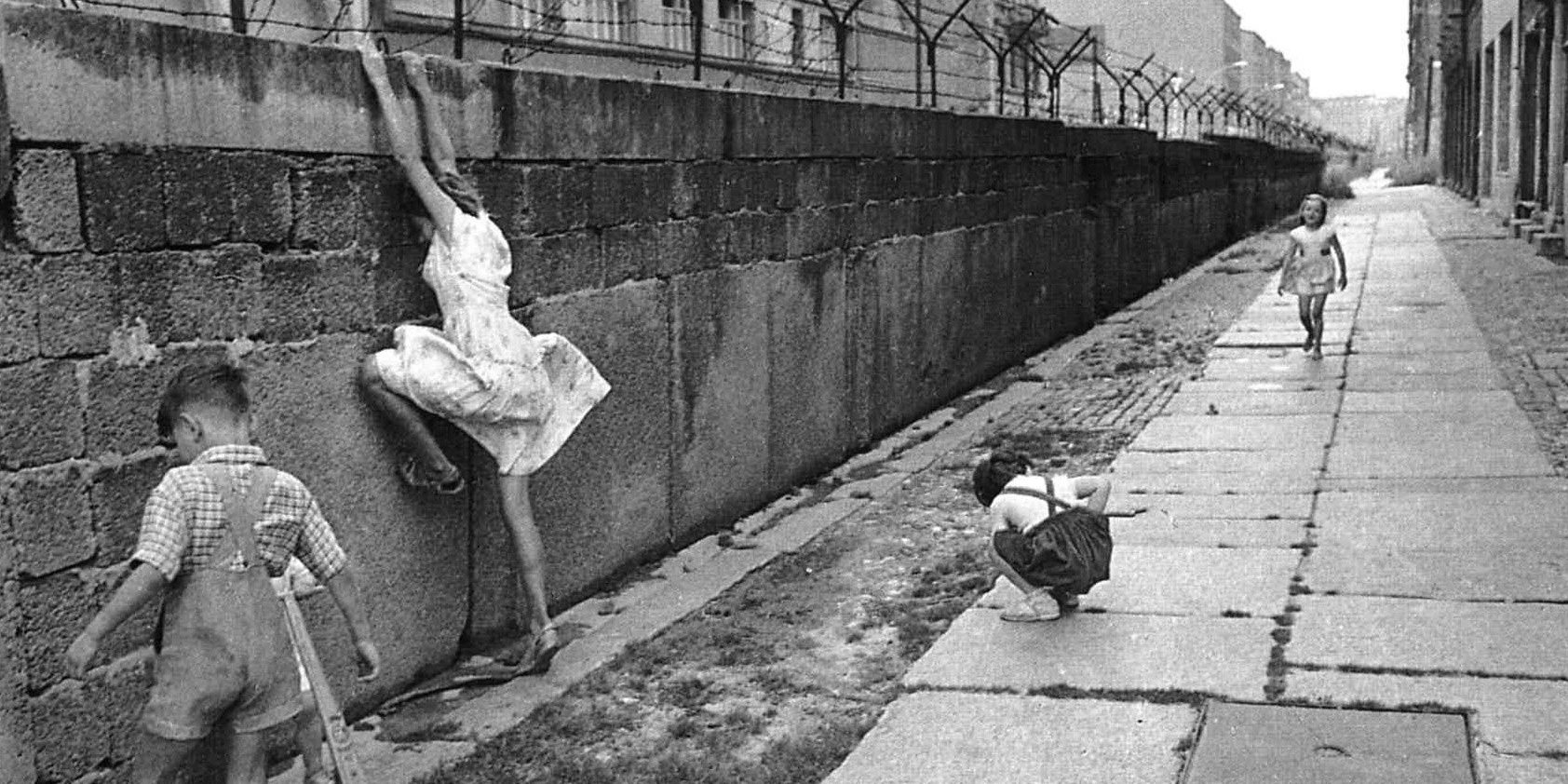