In the early l950s, the WW2 mustard gas weapons storage depot at Barnham, on the south side of the 94 Maintenance Unit Air Ammunition Park (serving RAF Honington and other airfields), was selected for development as a dedicated storage and maintenance facility for nuclear weapons, in particular for Blue Danube, Britain’s first nuclear bomb. 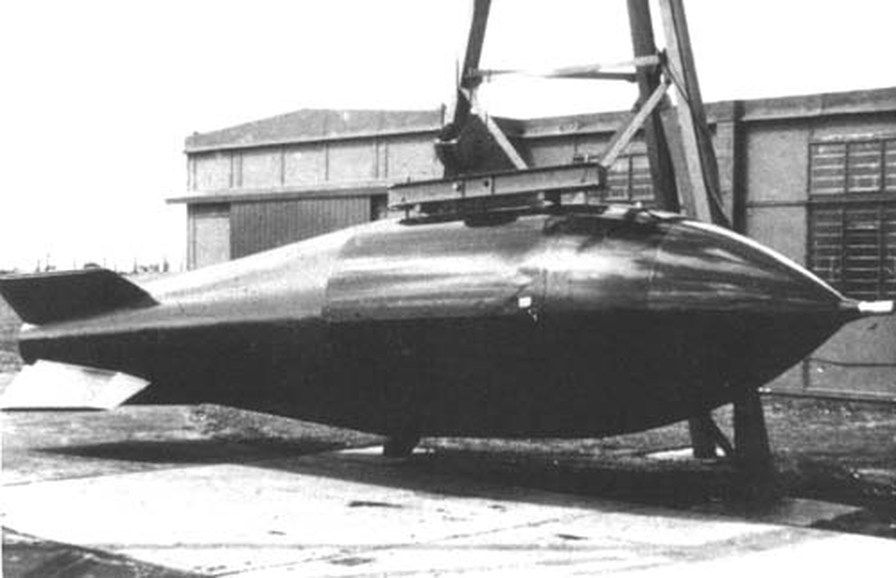 The 10000lb Blue Danube, was delivered to the Bomber Command Armaments School at RAF Wittering in 1953. It was 24ft 2in long and 5ft 2in in diameter. Blue Danube’s fins extended after dropping so that it could be carried inside the bomb bays of Valiants, Vulcans and Victors.

This huge bomb was, in reality, obsolete before it was delivered which resulted in a limited production run.

Blue Danube was supplemented with US Mk-5 atomic bombs in 1958, pending the introduction of smaller tactical atomic bombs and strategic megaton weapons. 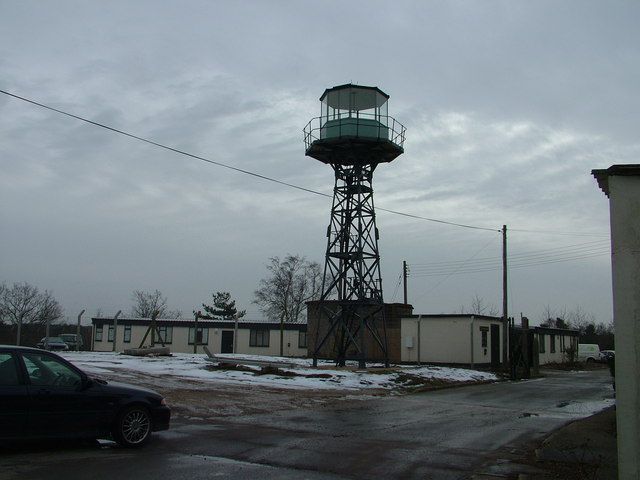 A second similar facility was built at Faldingworth in Lincolnshire. Barnham was completed by 1957 and was able to supply the squadrons at Honnington, Marham, Watton, Wyton, Upwood and Bassingbourn.Barnham came under the control of No. 94 Maintenance Unit and covers 23 acres with a roughly five sided pattern with projecting bastions that allowed the whole of the perimeter to be seen from the internal patrols. Added security was achieved in 1959 by building watch towers at the corners. Inside the perimeter mesh fence which was topped with barbed wire, there was an inner concrete panel wall, also topped with barbed wire. The guardroom and many of the domestic and other buildings were located in a compound between the two wire mesh fences with an electric sliding gate mounted on rails giving access to this area and a second sliding gate into the inner sanctum.

Several new buildings were added a few years after the depot opened, a new maintenance facility close to the entrance gate to the inner compound was added in 1959 and the southern boundary wall was pushed upwards with a second mesh fence erected creating a sterile area where dogs were allowed to run loose.

RAF Barnham closed in the early 1960’s and the site was sold by the MOD in 1966 and it now forms the Gorse Industrial Estate. Most of the original buildings are still extant and are let out to various tenants who put them to a variety of light industrial uses. The inner compound has been densely planted with conifers supplementing the lime and poplar trees which were part of the original tree planting programme; it is now difficult to get an overall view of the layout of the buildings. 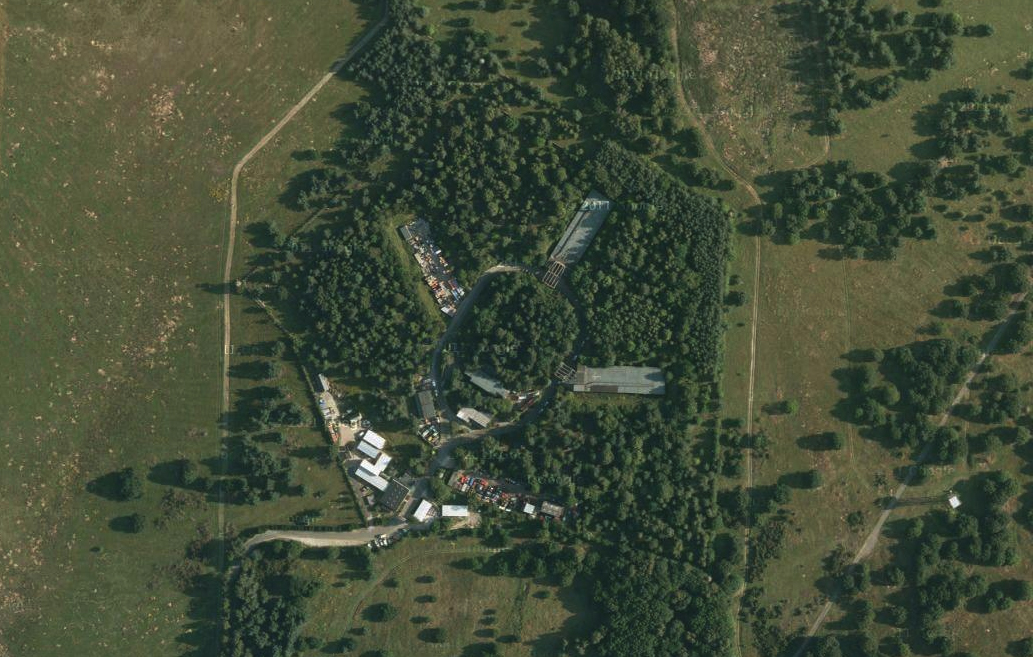 The weapon storage area consisted of three different types of buildings, 3 large protected blockhouses for the storage of the non-nuclear components, these being the outer bomb casings and the high explosive parts of the bomb. The three stores were arranged around an internal loop road with grassed earth banks along three sides of each building. At the entrance to each store there is an overall roof supported on concrete pillars with a gantry crane for lifting the heavy Blue Danube bombs from the large delivery trucks. Rooms to either side of the entrance housed ventilation plant for the blockhouse. Each rectangular storage blockhouse was 58 metres x 18 metres divided into 11 bays long by 3 bays wide with two internal lines of supporting concrete pillars 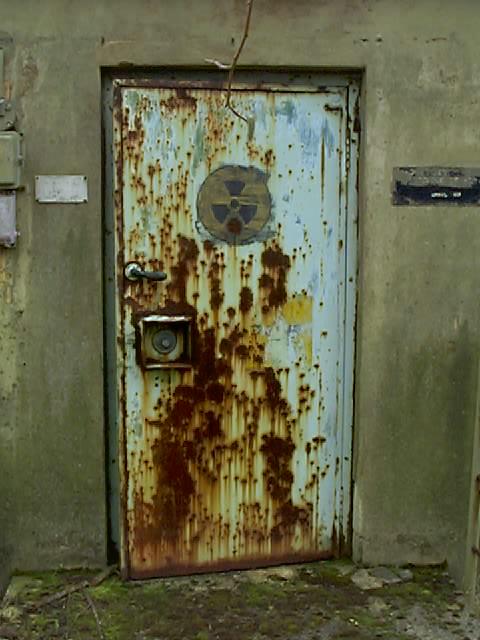 Two of the three storage buildings are still standing, the third was demolished after it was gutted by a fire in the mid 1980’s; at the time it was being used by a plastic company. The building immediately opposite the entrance gate faces straight onto the internal loop road while those to the west (now demolished) and east were angled with a cranked concrete canopy. The remaining two canopies have had their metal roof sheets removed as they were beginning to rot and the remaining concrete beams have been wrapped in chicken wire. One of the gantries still retains a hoist although it is unclear if this is original or a later replacement. At Faldingworth the three buildings all face straight on to the loop road.

Internally, the buildings have been altered with new walls being built between the supporting pillars creating a number of individual rooms. Each of the two remaining buildings has a number of different tenants.