Tipaza (formerly Tefessedt, Chenoua: Tipaza in Tifinagh.svg Bazar, Arabic: تيپازة‎) is a Berber-speaking town on the coast of Algeria, capital of the Tipaza Province. When it was part of the Roman Empire, it was called Tipasa. The modern town, founded in 1857, is remarkable chiefly for its sandy beach, and ancient ruins. 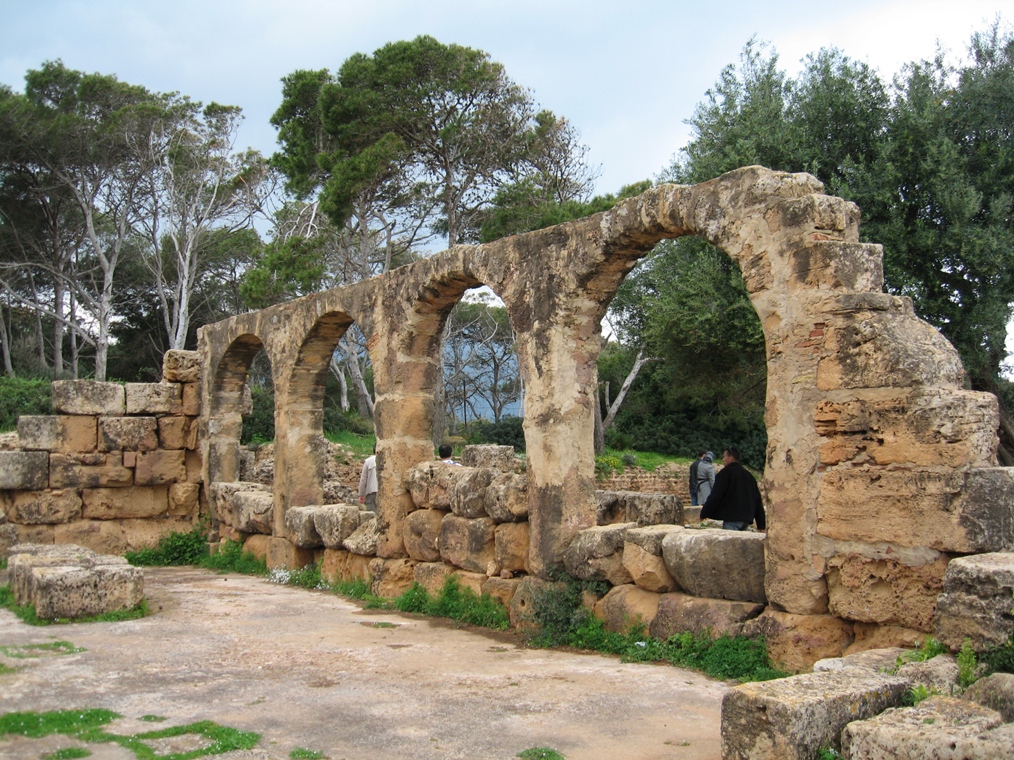 Tipasa, as it was then called, was an ancient Punic trading-post conquered by Ancient Rome and turned into a military colony by the emperor Claudius for the conquest of the kingdoms of Mauretania. Afterwards it became a municipium. The Roman city was built on three small hills which overlooked the sea. Of the houses, most of which stood on the central hill, no traces remain; but there are ruins of three churches — the Great Basilica and the Basilica Alexander on the western hill, and the Basilica of St Salsa on the eastern hill, two cemeteries, the baths, theatre, amphitheatre and nymphaeum. The line of the ramparts can be distinctly traced and at the foot of the eastern hill the remains of the ancient harbour. The basilicas are surrounded by cemeteries, which are full of coffins, all of stone and covered with mosaics. The basilica of St. Salsa, which has been excavated by Stéphane Gsell, consists of a nave and two aisles, and still contains a mosaic. The Great Basilica served for centuries as a quarry, but it is still possible to make out the plan of the building, which was divided into seven aisles. Under the foundations of the church are tombs hewn out of the solid rock. Of these one is circular, with a diameter of 18 m and space for 24 coffins. Commercially Tipasa was of considerable importance, but it was not distinguished in art or learning. Christianity was early introduced, and in the third century Tipasa was an episcopal see, now inscribed in the Catholic Church’s list of titular sees. Most of the inhabitants continued non-Christian until, according to the legend, Salsa, a Christian maiden, threw the head of their serpent idol into the sea, whereupon the enraged populace stoned her to death. The body, miraculously recovered from the sea, was buried, on the hill above the harbour, in a small chapel which gave place subsequently to the stately basilica. Salsa’s martyrdom took place in the 4th century. In 484 the Vandal king Huneric (477‑484) sent an Arian bishop to Tipaza; whereupon a large number of the inhabitants fled to Spain, while many of the remainder were cruelly persecuted. 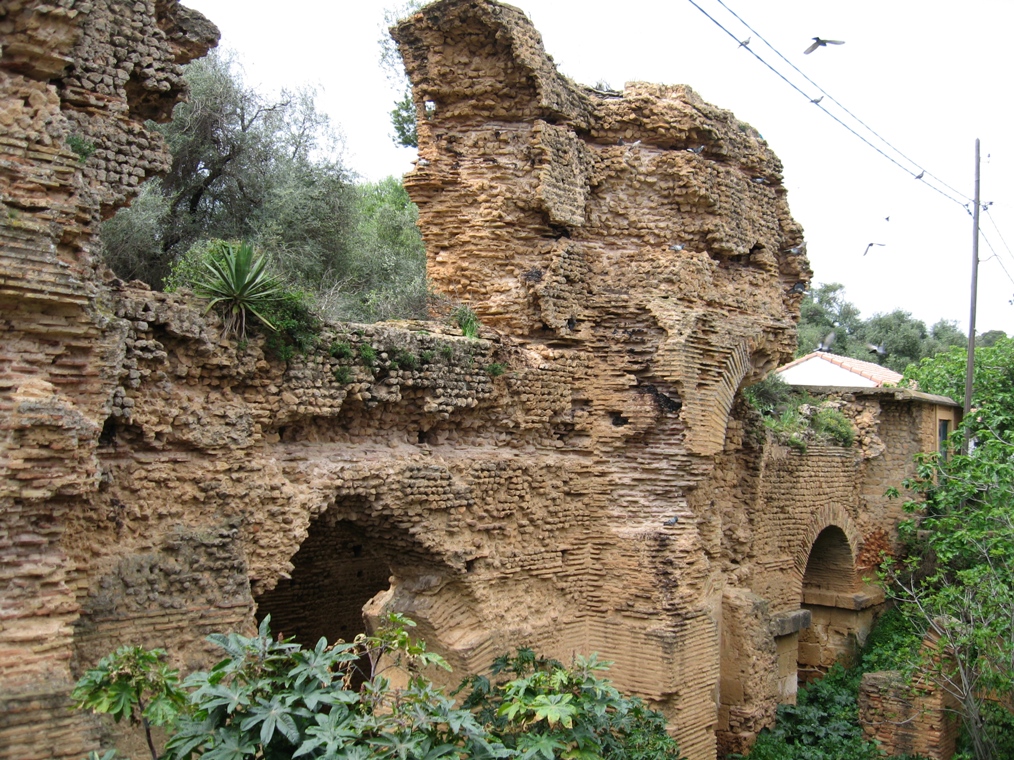 Tipasa revived for a brief time during the Byzantine occupation in the 6th century but was given the Arabic language name, Tefassed, when Arabs arrived there. The term translated means badly damaged.
<h3><u>Tipasa in Numidia</u></h3>
Another town called Tipasa was located in the Roman province of Numidia (the reason why it is referred to as Tipasa in Numidia, to distinguish it from Tipasa in Mauretania) and in what is now Constantine Province, Algeria, 88 km (55 mi) due south of Annaba, 957 m above the sea; it is now called Tifesh. The chief ruin is that of an extensive fortress, the walls of which are 3 metres thick. 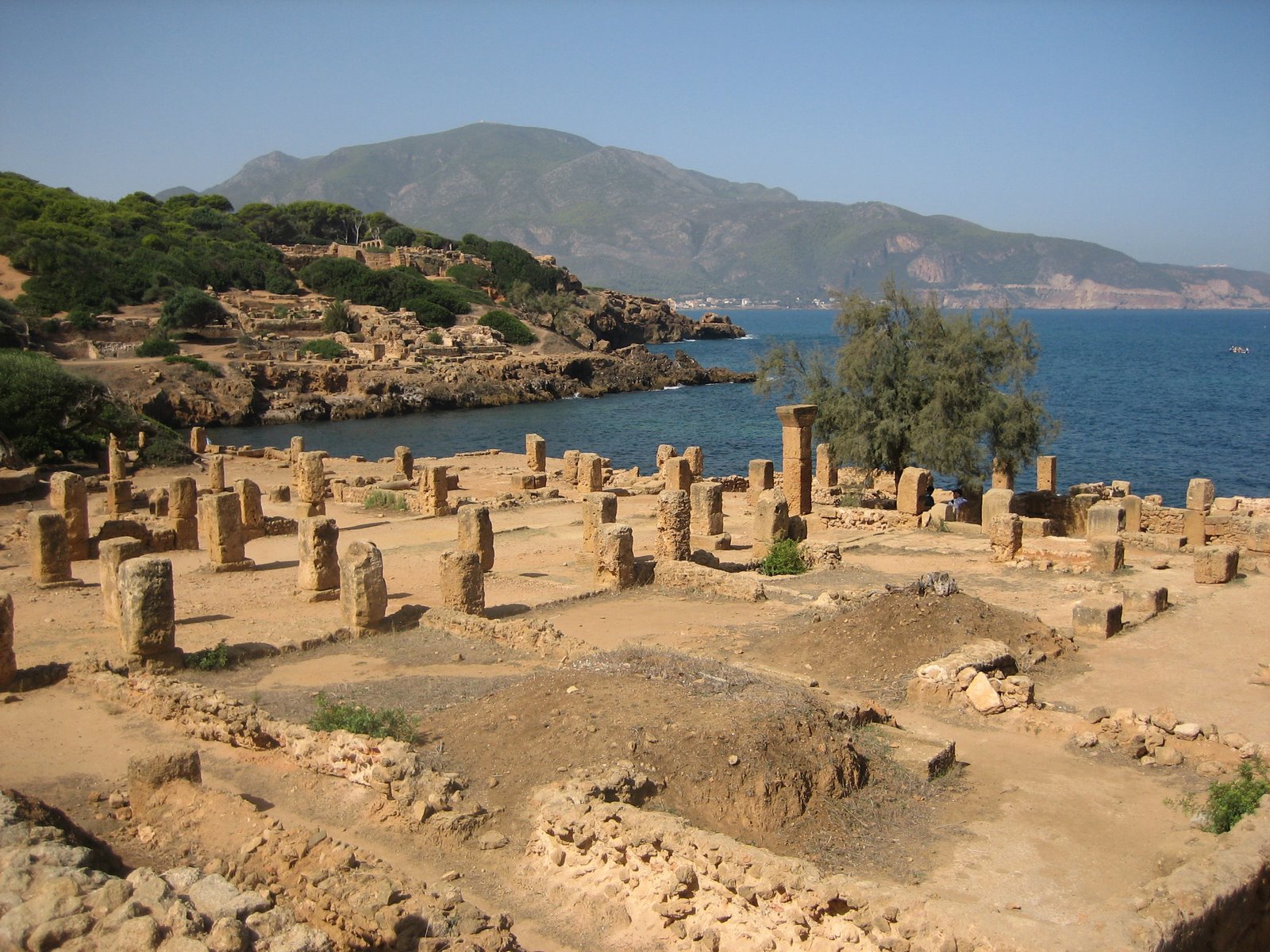