São Miguel das Missões (Portuguese pronunciation: [s?~w~ mi’g?w das mis’õ?~s]; Portuguese for St. Michael of the Missions). It is also known as São Miguel Arcanjo, and by its former Spanish name San Miguel. It is a Unesco World Heritage site located in the small town of São Miguel das Missões, in the northwestern region of Rio Grande do Sul state, in southern Brazil. 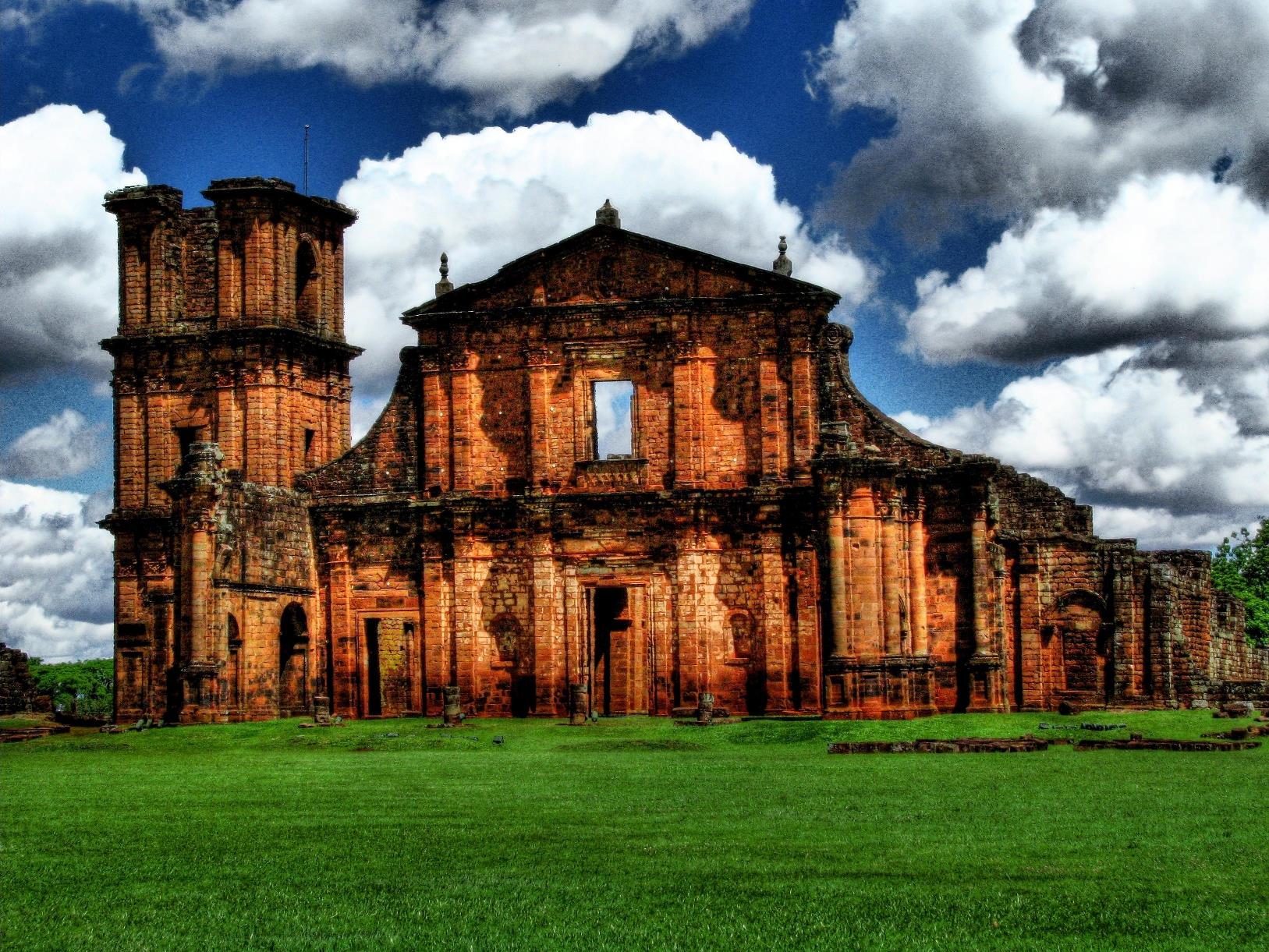 The São Miguel das Missões mission was built between 1735 to around 1745. São Miguel das Missões was one of the many Spanish Colonial Jesuit Reductions in Argentina, Brazil, Paraguay and Bolivia. Spanish Jesuit missionaries founded the mission for Crown mandated Indian Reductions (Christian converting) of the Guaraní Indians; and to protect the natives from the Portuguese slave traders known as the Bandeirantes. 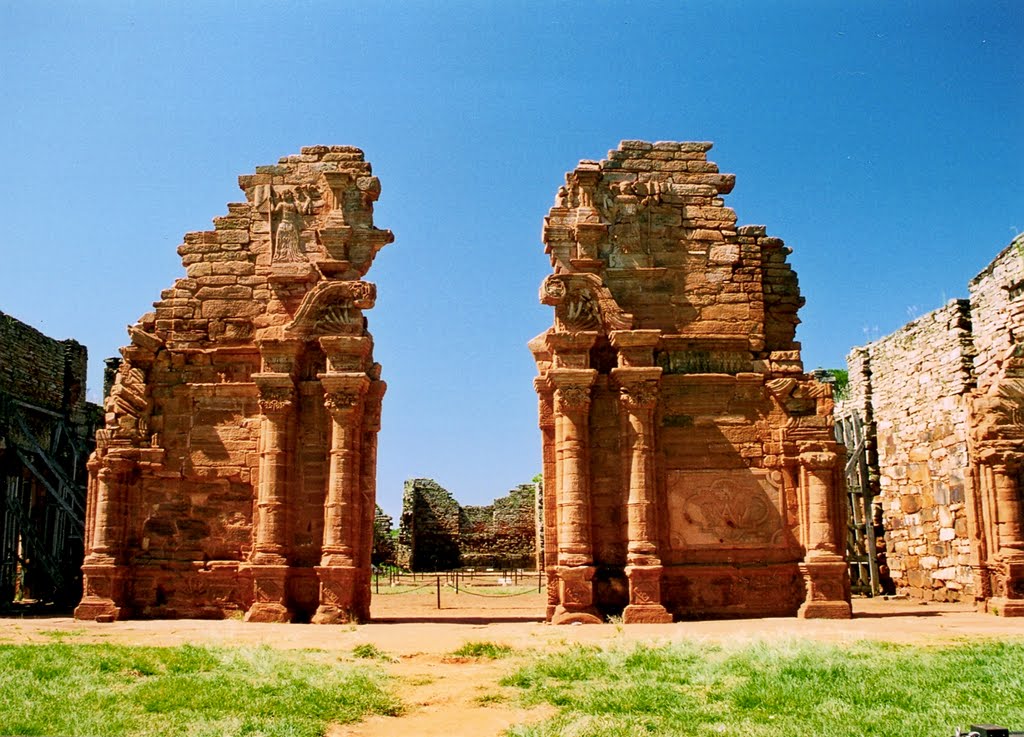 The Treaty of Madrid in 1750 transferred sovereignty over the area from Spain to Portugal. The Spanish Jesuit missions were ordered to move to the retained Spanish territory west of the Uruguay River. The Guaraní tribes refused to comply with the order to relocate from their homelands, now deemed in Portuguese “territory.” This led to the Guarani War. A joint Portuguese-Spanish army attacked and defeated the Guaraní, and the mission was closed. 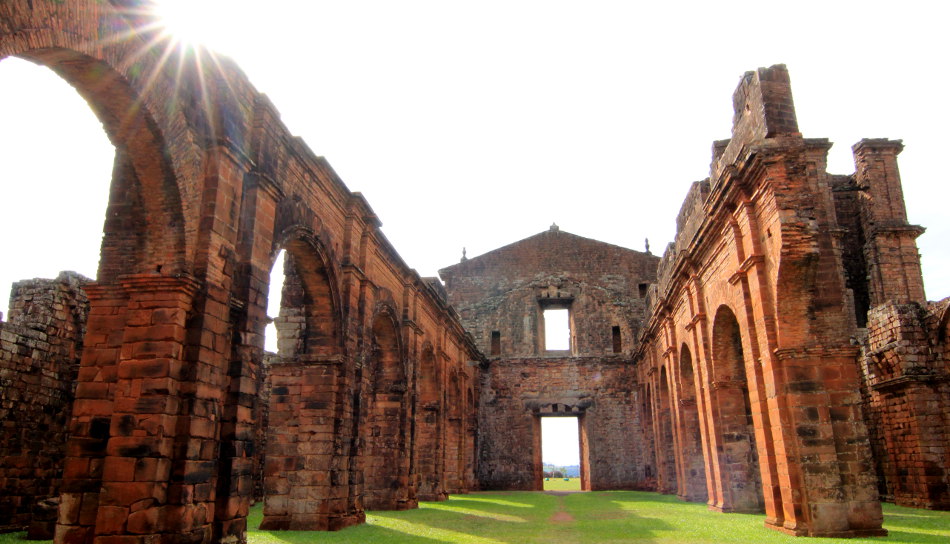 The cathedral (Catedral Angelopolitana), built in the 1920s in nearby Santo Ângelo city, is modeled after that at the São Miguel das Missões reduction.