The Warsaw concentration camp (German: Konzentrationslager Warschau, short KL or KZ Warschau) was an associated group of the German Nazi concentration camps, possibly including an extermination camp, located in German-occupied Warsaw, capital city of Poland. The various details regarding the camp are very controversial and remain subject of historical research and public debate. 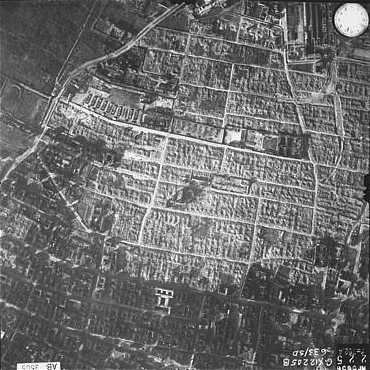 According to the Nazi Pabst Plan, Warsaw was to be turned into a provincial German city. To accomplish this goal, the Jewish population was grouped together in the Warsaw Ghetto before being eventually removed and mostly exterminated. The Nazis’ next step in their plan was the removal of the non-Jewish population of the city, which thus became the target of the łapanka roundup policy of closing-off a street in an attempt to detain large numbers of civilians at random. Between 1942 and 1944, there were about 400 victims of such roundups in Warsaw daily and the detainees were being first transferred to the KL Warschau custody.

The earliest official mention of the Warsaw concentration camp (KZ Warschau) is from June 19, 1943, which referred to the concentration camp in the ruins of the former Warsaw Ghetto. However, the term KZ Warschau was also used to describe similar camps that were discovered at an earlier date. Nevertheless, it is estimated that the camp was in operation from the autumn of 1942 until the Warsaw Uprising. The first commandant of the camp was SS-Obersturmbannführer Wilhelm Goecke, the former commandant of Mauthausen-Gusen concentration camp. In addition to its genocidal purposes, the camp was designed to provide a work force to clean up the leveled ruins of the former Warsaw Ghetto and ultimately turn this area into a planned recreational park for the SS.

The exact date of the camp’s creation remains unknown. Some historians have suggested that it was created following the orders of SS-Obergruppenführer Oswald Pohl on June 11, 1943. However, others, among them historian and Institute of National Remembrance (IPN) judge Maria Trzcińska, claimed that the camp has been already operational prior to the Warsaw Ghetto Uprising of April 1943. The factual basis for this aforementioned claim is that on October 9, 1942, the SS head Heinrich Himmler issued an order in which he stated, regarding the population of the Warsaw Ghetto: “I’ve issued orders and requested that all the so-called arms factories workers working only as tailors, furriers or bootmakers be grouped in the nearest concentration camps, that is in Warsaw and in Lublin.”

In the atlas Atlas zur deutschen Zeitgeschichte 1918-1968 published in 1986 in Deutschland KL, Warschau is signed as Hauptlager (“main camp”) and as such it has the same status as KL Dachau. The guards included, besides Germans and the Volksdeutsche, also ethnic Ukrainians and Latvians from Trawniki concentration camp. 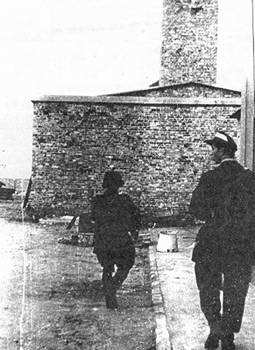 The camp was composed of six small parts located in different areas of Warsaw, all of which were connected by railway and were under unified organization and one command. In chronological order of opening, those were:

The overall area of the camp was 1.2 km² (0.46 sq mi), with 119 barracks purposely built to hold approximately 40,000 prisoners, and its infrastructure included several crematoriums.

The IPN estimates that the number of victims who were exterminated those camps to be “not less than tens of thousands”. However, it refrains from making a more precise estimate due to scant evidence. Trzcińska’s estimate however place the number of the camp’s victims well above 212,000, mostly non-Jewish Poles. Others estimate the number of deaths at 20,000 to 35,000 (not including some 37,000 people executed at Pawiak), with a proportionally larger percentage of the Polish and other European including Jews among the dead; smaller groups of victims included Greeks, Romani people, Belarusians and the German-interned officers of the Italian Army.

According to IPN, most of these executed at the camp were killed by gunfire, mostly with machine guns, both in the camp and in an adjoining “security zone”. Some of the hostages and prisoners were also publicly executed in the streets of Warsaw by the means of firing squad shooting and hanging. Numerous other victims were also gassed in the gas chambers at Gęsia Street, where a considerable quantity of Zyklon B was found after the war. The first gassing there took place on October 17, 1943, killing at least 150 Poles caught in a street roundup and about 20 Belgian Jews. A relatively small number of victims were sadistically killed by drunken guards in the so-called “amphitheatre” at Gęsiówka, or hanged at the so-called “death wall” (ściana śmierci) at Koło. There was also a mysterious T-shaped structure in the forest near Koło where the prisoners were occasionally transported by trucks but were never seen again. Besides the outright murders, a majority of deaths in the camps resulted from physical exhaustion and typhus epidemics.

Dead bodies were either cremated in crematoriums or open-air pyres (including at a former sports stadium) or simply buried under collapsed buildings during the systematic demolition of the former ghetto. A team of the SS wearing white coats and posing as medical workers also patrolled the ruins in order to locate and shoot the remaining Jews still hiding since the end of the ghetto uprising.

A hotly debated controversy surrounds the alleged existence of an enormous gas chamber in the pre-existing (Polish-built) road tunnel on Józef Bem Street near the train station Warszawa Zachodnia. The tunnel of 630 square meters (6,781 square feet) would have been large enough to kill up to 1,000 people at one time, using poison gas like Zyklon B or carbon monoxide if the new IPN testimonies were accurate. According to the propagators of the mass gassing theory based on three eye-witness accounts from the 1980s, the tunnel had been used to kill multiple truckloads of prisoners. However, all known Nazi gas chambers were typically much smaller and lower and so the use of a large tunnel as a gas chamber would be highly irregular and inefficient, and therefore improbable.

The Bema Street tunnel was restored to street traffic after the war. In a further controversy, the alleged gas exhauster machinery and mysterious massive ventilators that might have been used to remove the gas into the atmosphere following the gassings were removed and scrapped during renovation works in 1996 and early 2000s. In recent years, the part of the tunnel was turned into an unofficial mausoleum site by citizens of Warsaw. In 2001 the Polish parliament Sejm appealed for construction of an official memorial at the tunnel.

The controversy has been secretly, not publicly debated while almost completely unknown during the communist era of the Polish People’s Republic (allegedly, the reason behind this secrecy was to inflate the casualty figures of the 1944 Warsaw Uprising by adding the victims of the camp to the uprising’s actual death toll). In 2006, Sejm once more recommended to initiate the new investigation of the tunnel’s past by new team of IPN, this time from the city of Łódź. Beginning 2007 the investigation is being once more conducted by the IPN’s Warsaw team.

On July 20, 1943, SS-Obergruppenführer Wilhelm Koppe ordered the complex to be liquidated and dismantled. The majority of prisoners were either executed or were transferred to other concentration camps, such as Dachau, Gross-Rosen and Ravensbrück. Between July 28 and July 31, four major railway transports left Warsaw, containing some 12,300 prisoners. Only a small group of several hundred inmates, mostly Jews from the other occupied countries, have been left in Pawiak and Gęsiówka to dig up and burn the bodies that were buried under the blown-up buildings of the ghetto. The camp’s documentation was burnt and many of its structures and facalities were mined for demolition.

On August 5, 1944, during the first days of Warsaw Uprising, an assault group of Armia Krajowa (AK) stormed the Gęsiówka sub-camp using a captured German tank and set free the remaining 360 men and women before they were forced to withdraw. On August 21, after a failed insurgent attack on Pawiak, the Germans executed almost all (except only seven) of the remaining inmates and the prison was blown up. 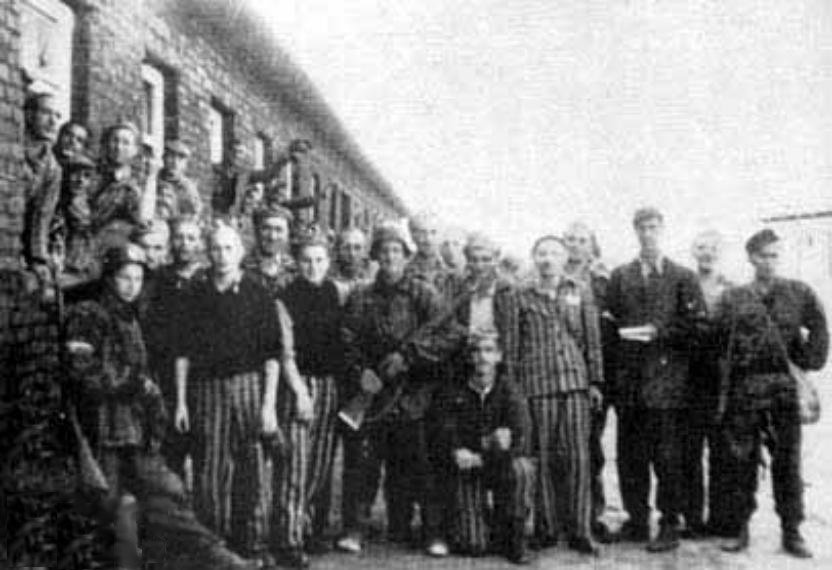 After the Soviet takeover of Warsaw in January 1945, the remnants of the camp were used to as a POW camp and a place of detention of the “enemies of the people’s power” political prisoners by the Soviet NKVD and then by the Polish MBP until 1954 (the last prisoners left in 1956). It was the second biggest prison after the Mokotów Prison.