Aogashima is a volcanic Japanese island in the Philippine Sea. The island is administered by Tokyo and located approximately 358 kilometres (222 mi) south of Tokyo and 64 kilometres (40 mi) south of Hachijō-jima. It is the southernmost and most isolated inhabited island of the Izu archipelago. 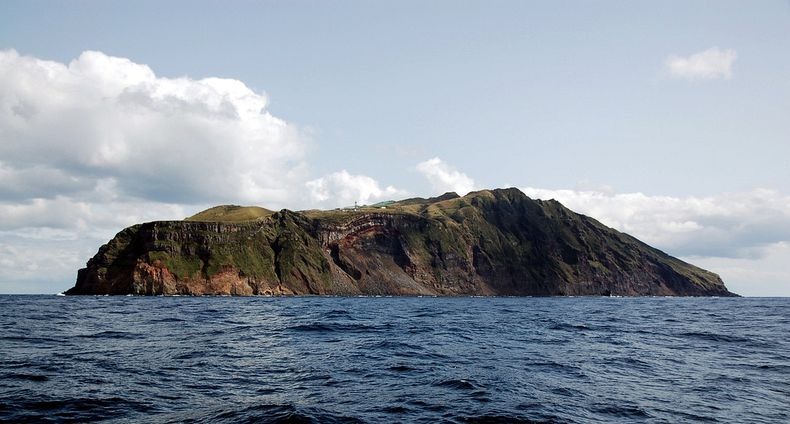 The village of Aogashima administers the island under Hachijō Subprefecture of Tokyo Metropolis. As of 2009, the island’s population was 205 on almost 9 km2. Aogashima is also within the boundaries of the Fuji-Hakone-Izu National Park. 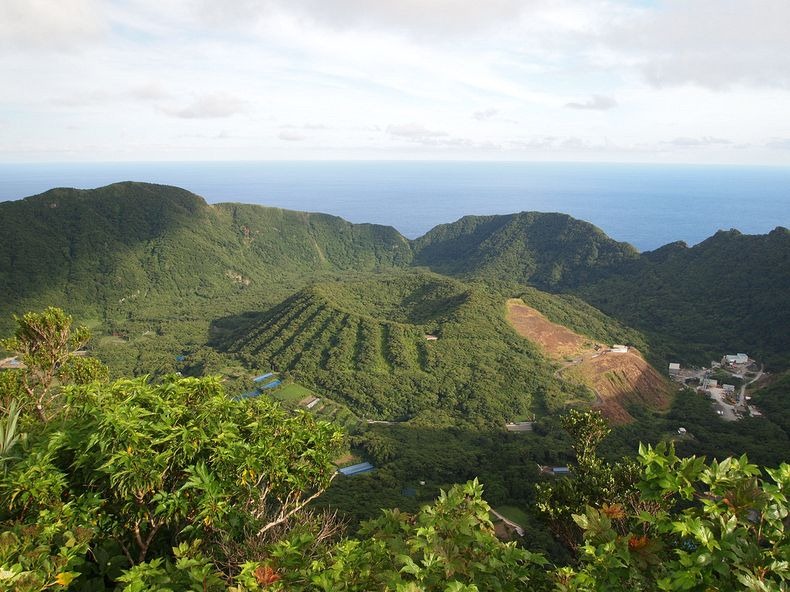 Aogashima is a complex Quaternary volcanic island 3.5 km in length with a maximum width of 2.5 km, formed by the overlapping remnants of at least four submarine calderas. The island is surrounded by very steep rugged cliffs of layered volcanic deposits. The southern coast also rises to a sharp ridge forming one edge of a caldera named Ikenosawa with a diameter of 1.5 km. The caldera dominates the island, with one point on its southern ridge, Otonbu with a height of 423 metres (1,388 ft), as the island’s highest point. The caldera is occupied by a secondary cone named Maruyama. 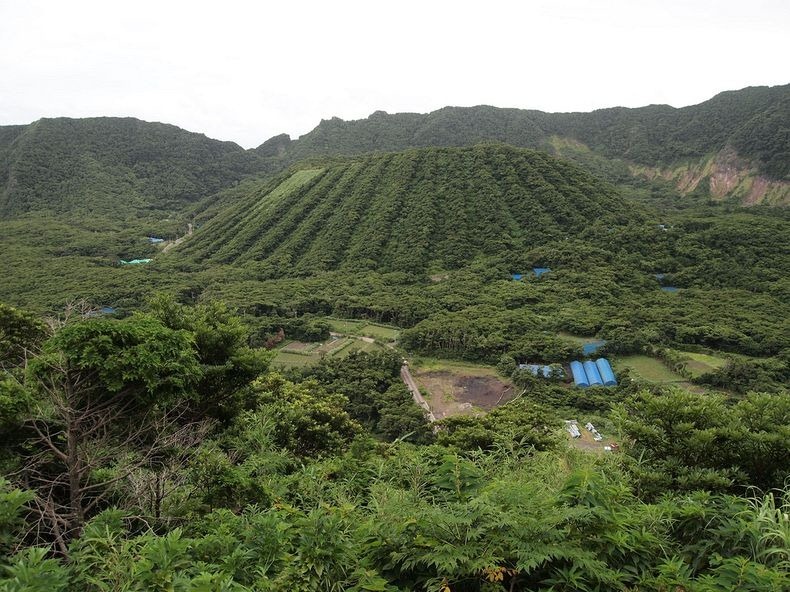 Still considered a Class-C active volcano by the Japan Meteorological Agency, the last eruption of Aogashima was during a four-year period from 1781-1785.

The history of human settlement on Aogashima is uncertain. Most of the people in Aogashima are Japanese. The island is mentioned in Edo period records kept at Hachijō-jima, which record volcanic activity in 1652, and from 1670-1680. An earthquake swarm in July 1780 was followed by steam rising from the lakes in the Ikenosawa Caldera. Further earthquakes in May 1781 led to an eruption. In April 1783, lava flows from the Maruyama cone resulted in the evacuation of all 63 households on the island. During a massive eruption in 1785, some 130-140 of the population of 327 islanders perished. 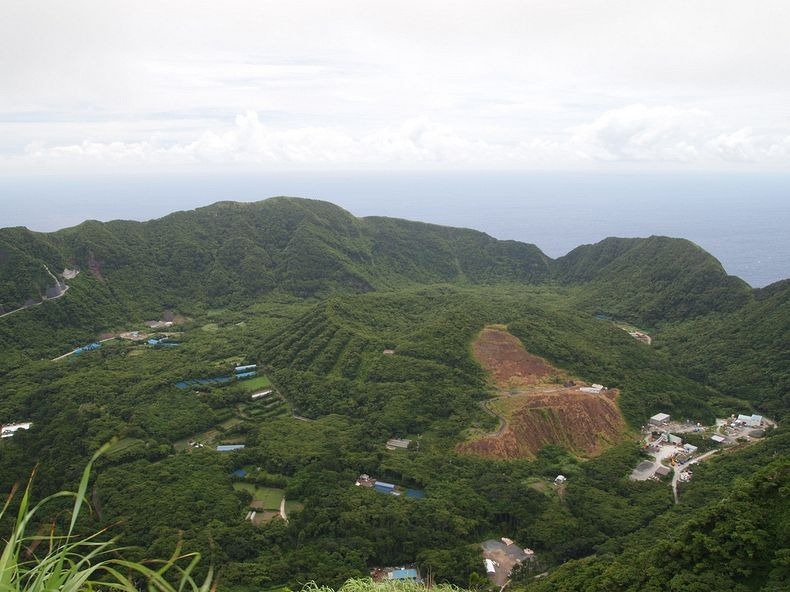