Derinkuyu Underground City is an ancient multi-level underground city of the Median Empire in the Derinkuyu district in Nevşehir Province, Turkey. Extending to a depth of approximately 60 m, it was large enough to shelter approximately 20,000 people together with their livestock and food stores. It is the largest excavated underground city in Turkey and is one of several underground complexes found across Cappadocia.

It was opened to visitors in 1969 and to date, about half of the underground city is accessible to tourists. 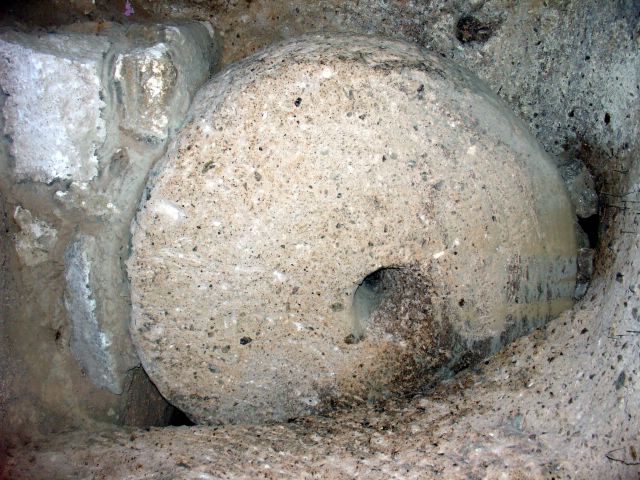 The city could accommodate up to 20,000 people and had all the usual amenities found in other underground complexes[citation needed] across Cappadocia, such as wine and oil presses, stables, cellars, storage rooms, refectories, and chapels. Unique to the Derinkuyu complex and located on the second floor is a spacious room with a barrel vaulted ceiling. It has been reported that this room was used as a religious school and the rooms to the left were studies. 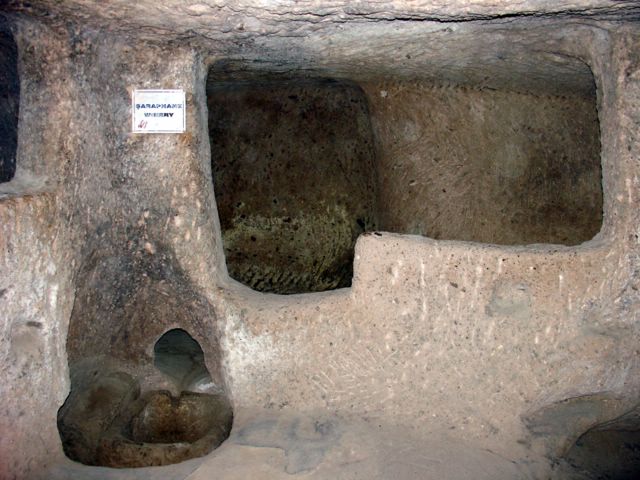 Between the third and fourth levels is a vertical staircase. This passage way leads to a cruciform church on the lowest (fifth) level.

The large 55 m ventilation shaft appears to have been used as a well. The shaft also provided water to both the villagers above and, if the outside world was not accessible, to those in hiding.

First built in the soft volcanic rock of the Cappadocia region, possibly by the Phrygians in the 8th–7th centuries B.C. according to the Turkish Department of Culture,[3] the underground city at Derinkuyu may have been enlarged in the Byzantine era. During the Persian Achaemenid empire the city was used as a refugee settlement. There are references to underground refugee settlements built by the Persian king Yima in the second chapter of the Zoroastrian book Vendidad. Therefore many scholars believe that the city may have been built by the Persians.[4] The city was connected with other underground cities through miles of tunnels. 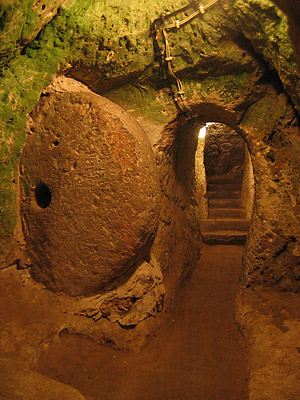 Some artifacts discovered in these underground settlements belong to the Middle Byzantine Period, between the 5th and the 10th centuries A.D.

Nevşehir Province has several other historical underground cities and Derinkuyu itself connects to Kaymakli via an 8 km tunnel. 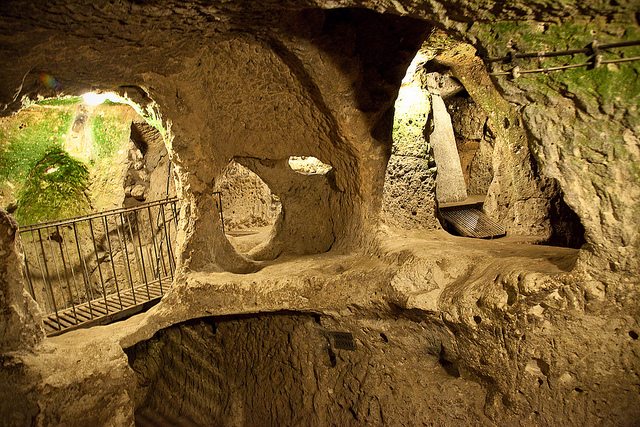 The underground cities and structures are carved out of unique geological formations. They may have been used as hiding places during times of raids. The locations are now archaeological tourist attractions. They remain generally unoccupied. In excess of 200 underground cities containing a minimum of two levels have been discovered in the area between Kayseri and Nevsehir. Some 40 of those contain a minimum of three levels or more. The cities at Kaymaklı and Derinkuyu are two of the best examples of habitable underground structures. 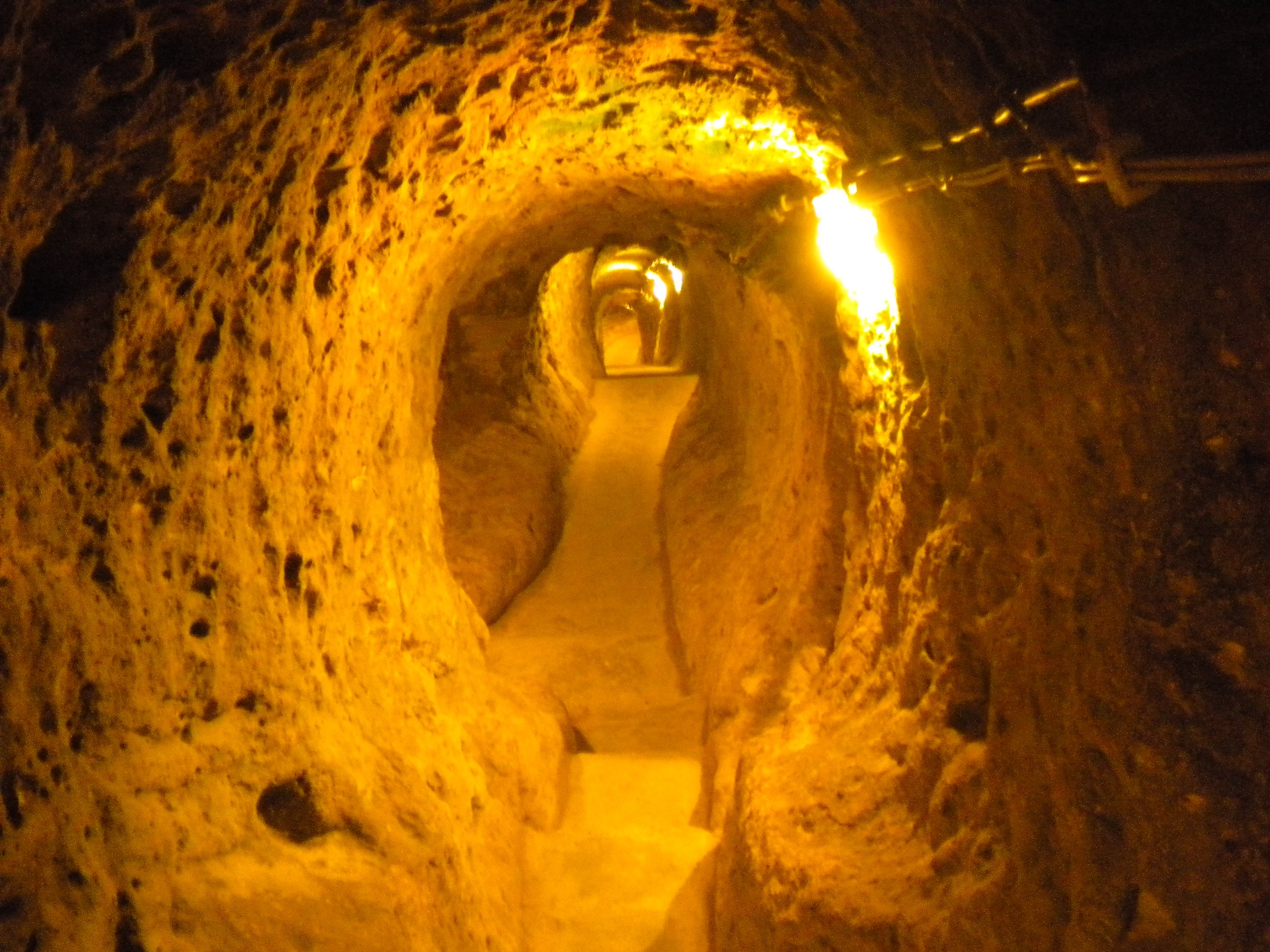 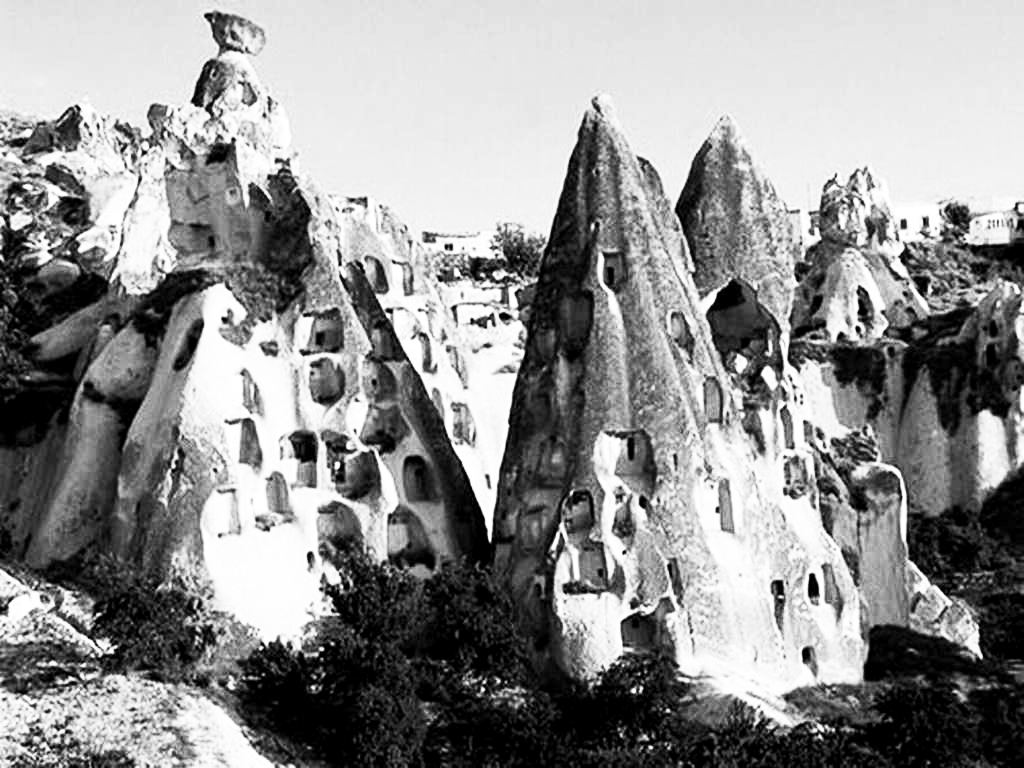