Inhabited since prehistoric times, Butrint has been the site of a Greek colony, a Roman city and a bishopric. Following a period of prosperity under Byzantine administration, then a brief occupation by the Venetians, the city was abandoned in the late Middle Ages after marshes formed in the area. The present archaeological site is a repository of ruins representing each period in the city’s development.

The city of Butrint is one of the fragments which form the fabric of Albania’s ancient cultural landscape. Nestling in the highlands in the far south of the country and surrounded by dense vegetation, Butrint was linked to the Mediterranean by the Vivari canal, which runs from the Butrint Lake to the Ionian Sea. 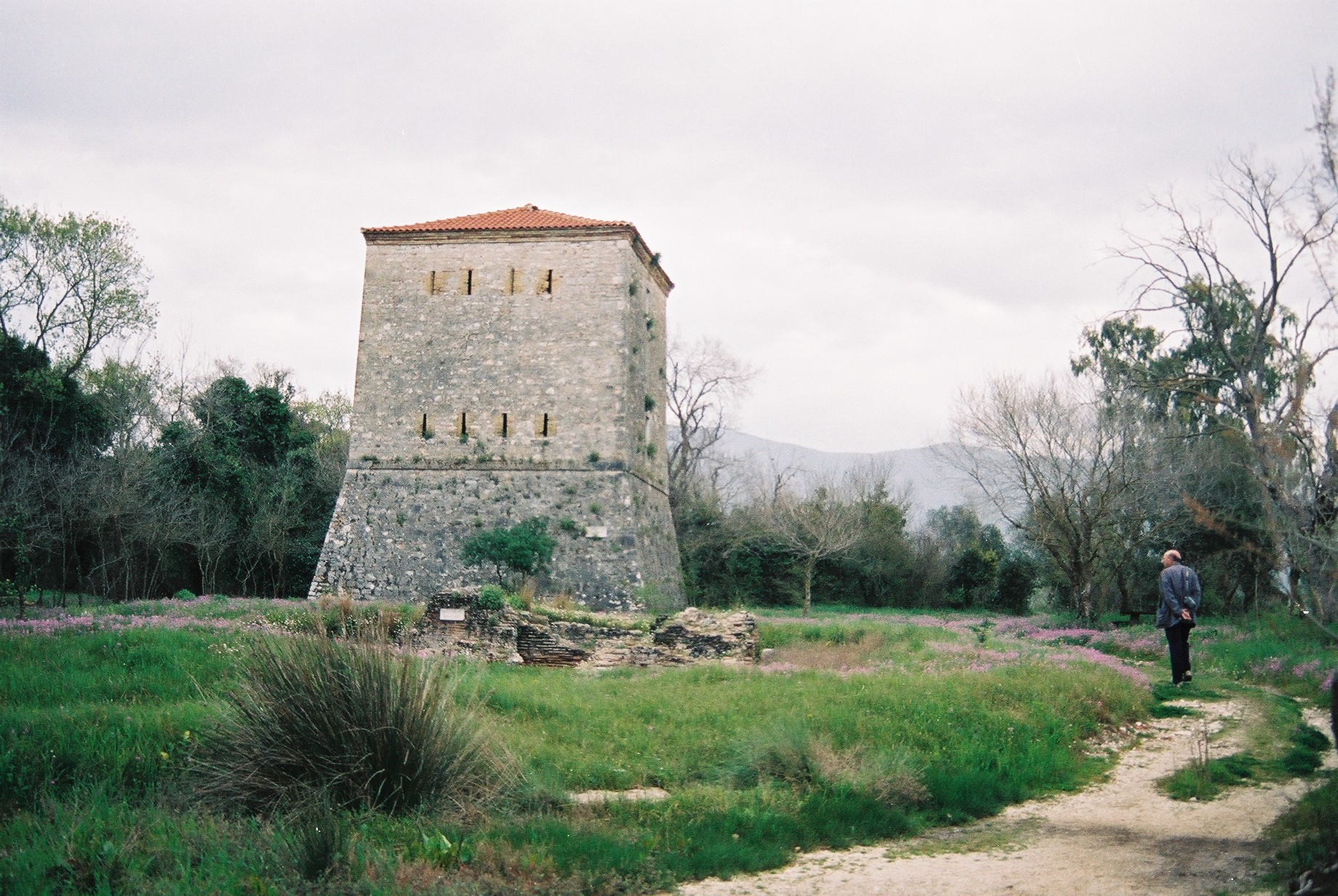 The settlement became an important stop along the merchant trade routes and reached the height of its glory in the 4th century BC as one of the major maritime and commercial centres of the ancient world. The sight of the fortifications alone, which date from the 6th century BC, evokes the military and economic potential of the city at the time. The hill on which the acropolis stands is encircled by a wall built from huge stone blocks. The amphitheatre, dating from the 3rd century BC, bears witness to the cultural riches of the city: the stone banks of seating, of which 23 rows have been preserved, would have held an audience of 1,500. The theatre is situated at the foot of the acropolis, close by two temples, one of which is dedicated to Asclepios, the Greek god of medicine, who was worshipped by the city’s inhabitants.

Excavations have brought the light to many objects – plates, vases, ceramic candlesticks – as well as sculptures including a remarkable ‘Goddess of Butrint’ which seems to completely embody, in the perfection of its features, the Greek ideal of physical beauty. 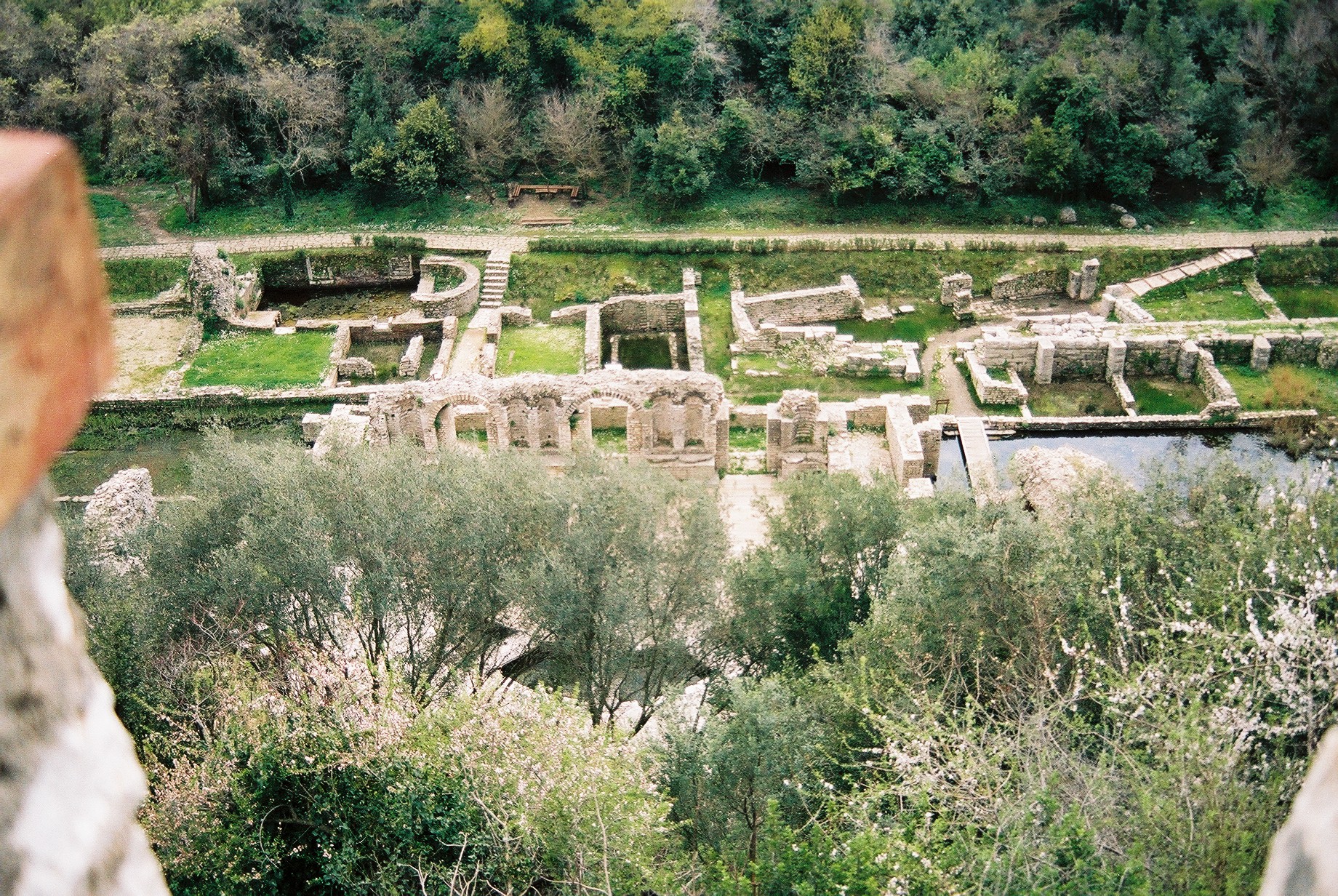 Under the rule of the Romans the city was to fall slowly into decay. In spite of this, three monumental fountains, three public baths, a gymnasium decorated with mosaics, and especially the aqueduct constructed during the reign of Augustus, prove that the site was not completely abandoned.

In the palaeo-Christian period, two basilicas and a baptistry were built; its later medieval history was turbulent as the town was involved, first, in the power struggles between Byzantium and successive Norman, Angevin and Venetian states and then in the conflict between Venice and the Ottoman Turks. Subterranean infiltration of water forced the inhabitants to flee, and the abandoned city was covered by mud and vegetation.

It was not until the beginning of the 20th century that systematic excavations were carried out by Italian archaeologists; following the liberation of Albania in 1944, Albanian archaeologists undertook more ambitious excavations. The mud and vegetation that covered Butrint had protected it from the natural and human ravages of time, and the entire city was revealed almost intact.

Key areas of excavation include a late antique palatial dwelling known as the Triconch Palace, the spectacular late antiquity baptistry, and a Roman villa and associated late antiquity church at Diaporit. 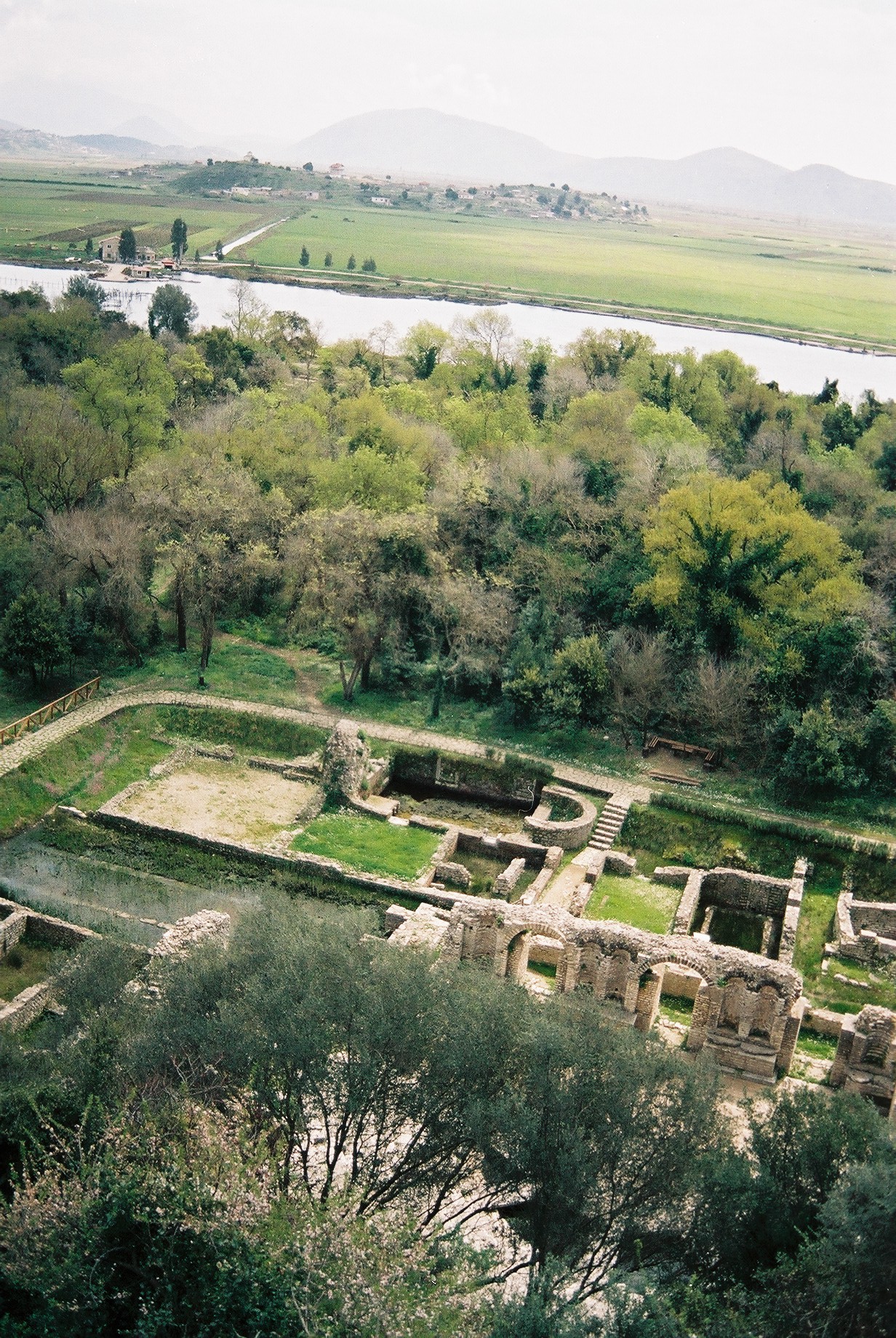 The site. on a hill next to a lake connected to the sea by a canal. has been inhabited since prehistoric times. A Greek colony was founded there in the late 7th century BC. when the city (called Buthros) was surrounded by fortifications. Roman occupation prompted the development of the city and. during the Christian era. it became the seat of a bishopric. Many religious structures were built by the Christians. From the time the Slavs came to the Balkans (7th century) until the founding of the Epirus despotate (after the taking of Constantinople by the Crusaders in 1204). the city underwent great trials. Its last era of prosperity was under Byzantine administration (Epirus). After a short period of occupation by the Venetians (late 14th century). the city under Ottoman administration was threatened by the marshes that formed around the lake. and was abandoned by the population. 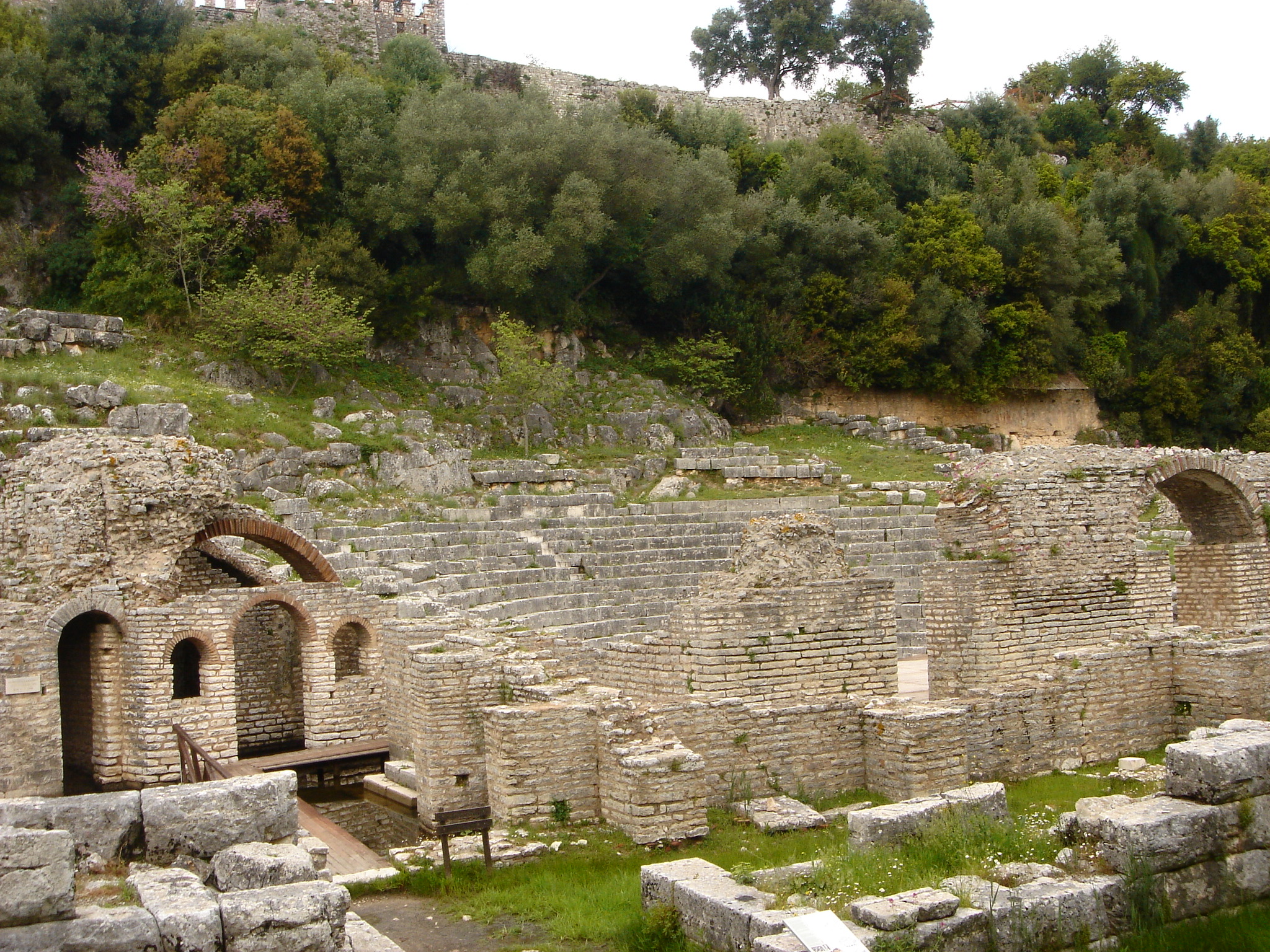 This archaeological site is a veritable conservatory of major monuments in ruins from each period of the city’s development. Thus. the fortifications bear testimony to the different stages of their construction from the time of the Greek colony until the Middle Ages. The most interesting ancient Greek monument is the theatre. which is fairly well preserved. The major ruin from the paleo-Christian era is the baptistery. built inside the Roman public baths. The floor has a beautiful mosaic decoration. The paleo-Christian basilica was rebuilt in the 9th century and the ruins are sufficiently well preserved to permit analysis of the structure (three naves with a transept. and an exterior polygonal apse).