Beni Hammad Fort, also called Al Qal’a of Beni Hammad is a fortified palatine city in Algeria. Now in ruins, in the 11th century, it served as the first capital of the Hammadid dynasty. It is located in the mountains northeast of M’Sila, at an elevation of 1,418 meters, and receives abundant water from the surrounding mountains. Beni Hammad Fort is near the town of Maadid (aka Maadhid), about 225 km southeast of Algiers, in the Maghreb. In 1980, it was inscribed as a World Heritage Site by UNESCO, and described as “an authentic picture of a fortified Muslim city”.< The town includes a 7 km-long line of walls. Inside the walls are four residential complexes, and the largest mosque built in Algeria after that of Mansurah. It is similar to the Grand Mosque of Kairouan, with a tall minaret (20 m). 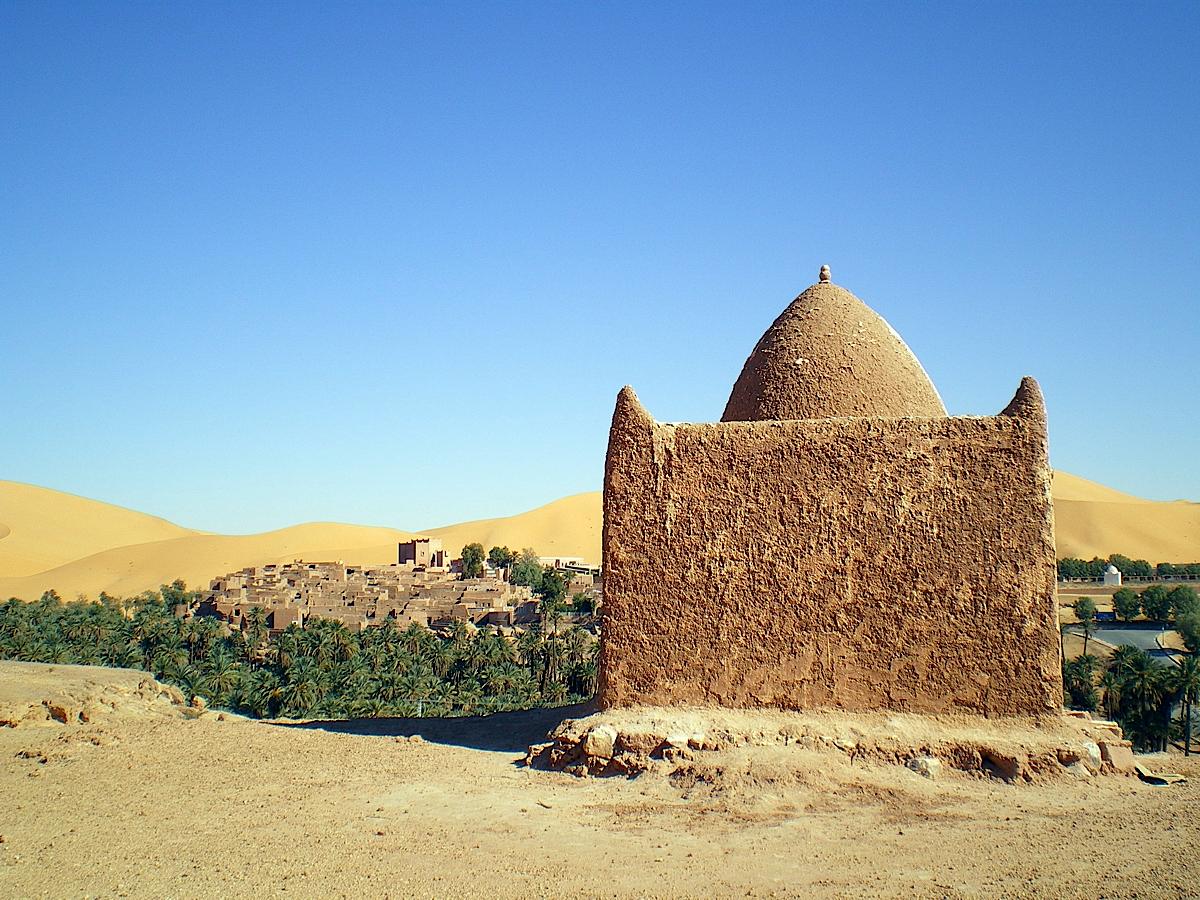 Excavations have brought to light numerous terracotta, jewels, coins and ceramics testifying to the high level of civilization under the Hammadid dynasty. Also among the artifacts discovered are several decorative fountains using the lion as a motif. The remains of the emir’s palace, known as Dal al-Bahr, include three separate residences separated by gardens and pavilions.

The Dar al-Bahr palace was named for its rectangular pool, which measured 67 by 47 meters. A ramp at one end of the pool was used to launch boats. References to nautical displays in this pool appear in the accounts of contemporary visitors. The pool was surrounded by a portico, and accessed through a monumental entrance on the east side. West of the pool was an elevated terrace and courtyard with gardens. Outside the walls of the palace complex, gardens extended east-to-west across the city, and to a depth of nearly 100 meters. The gardens have not yet been explored by archeologists, although ornamental fountains have been discovered.

The fortress was built in 1007 by Hammad ibn Buluggin, the son of Buluggin ibn Ziri Menad Abu Ziri, the founder of Algiers. The city became the capital of the Hammadid Berbers, and sustained a siege from the Zirid in 1017.

In 1090 it was abandoned under the menace of the Banu Hilal, and was partly destroyed by the Almohads in 1152.