Civita di Bagnoregio is a town in the Province of Viterbo in Central Italy, a frazione of the comune of Bagnoregio, 1 kilometre (0.6 miles) east from it. It is about 120 kilometres (75 miles) north of Rome. 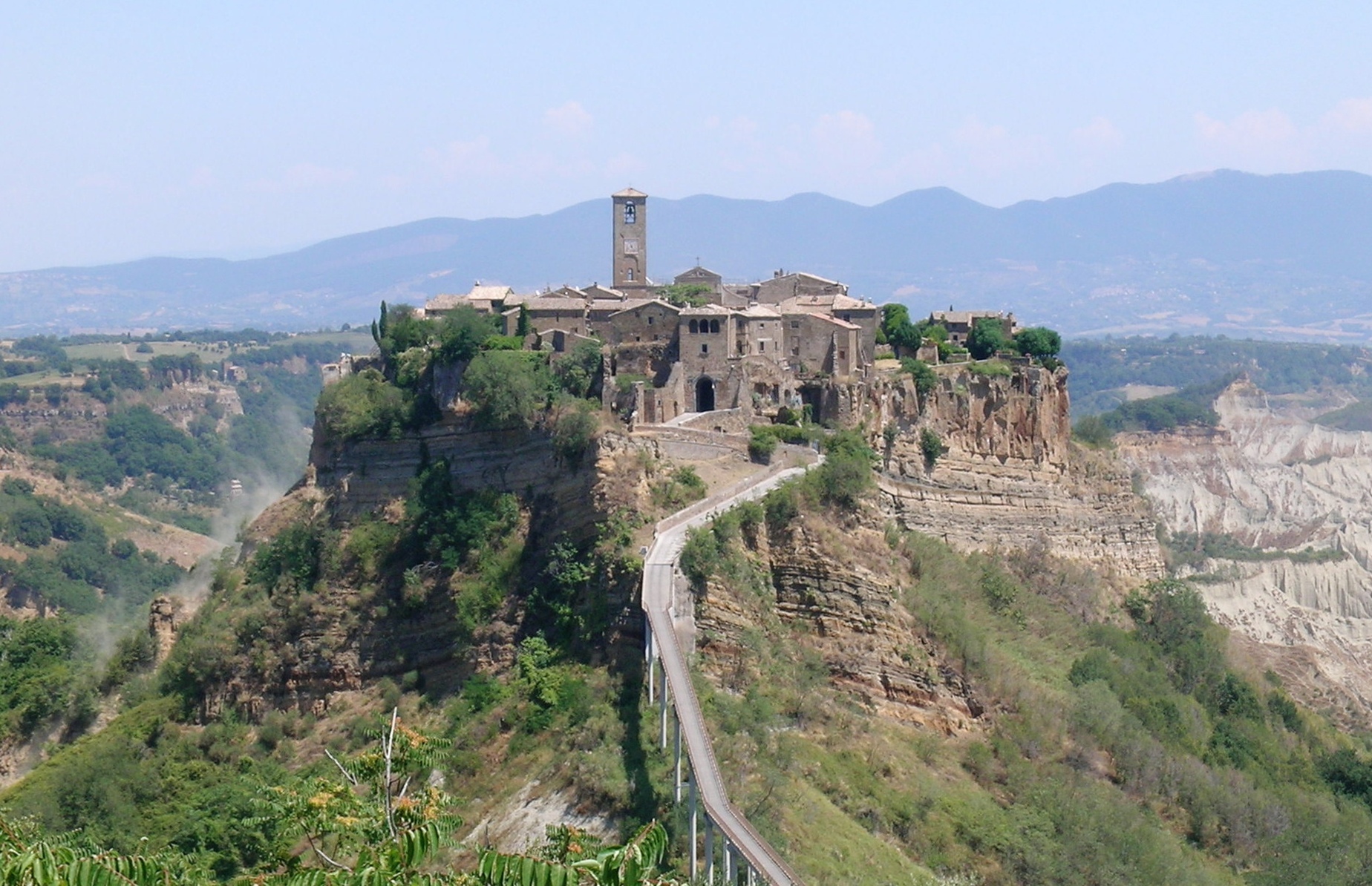 It was founded by Etruscans over twenty-five hundred years ago but has seen its population dwindle to just fifteen residents over the course of the 20th century. Civita was the birthplace of Saint Bonaventure, who died in 1274. The location of his boyhood house has long since fallen off the edge of the cliff. By the 16th century, Civita was beginning to decline, becoming eclipsed by its former suburb Bagnoregio.

At the end of the 17th century, the bishop and the municipal government were forced to move to Bagnoregio due to a major earthquake, accelerating the old town’s decline. At that time, the area was part of the Papal States. In the 19th century, Civita’s location was turning into an island and the pace of the erosion quickened as the layer of clay below the stone was reached in the area where today’s bridge is located. Bagnoregio continues as a small but prosperous town, while Civita became known in Italian as il paese che muore (“the town that is dying”). Civita has only recently been experiencing a tourist revival. 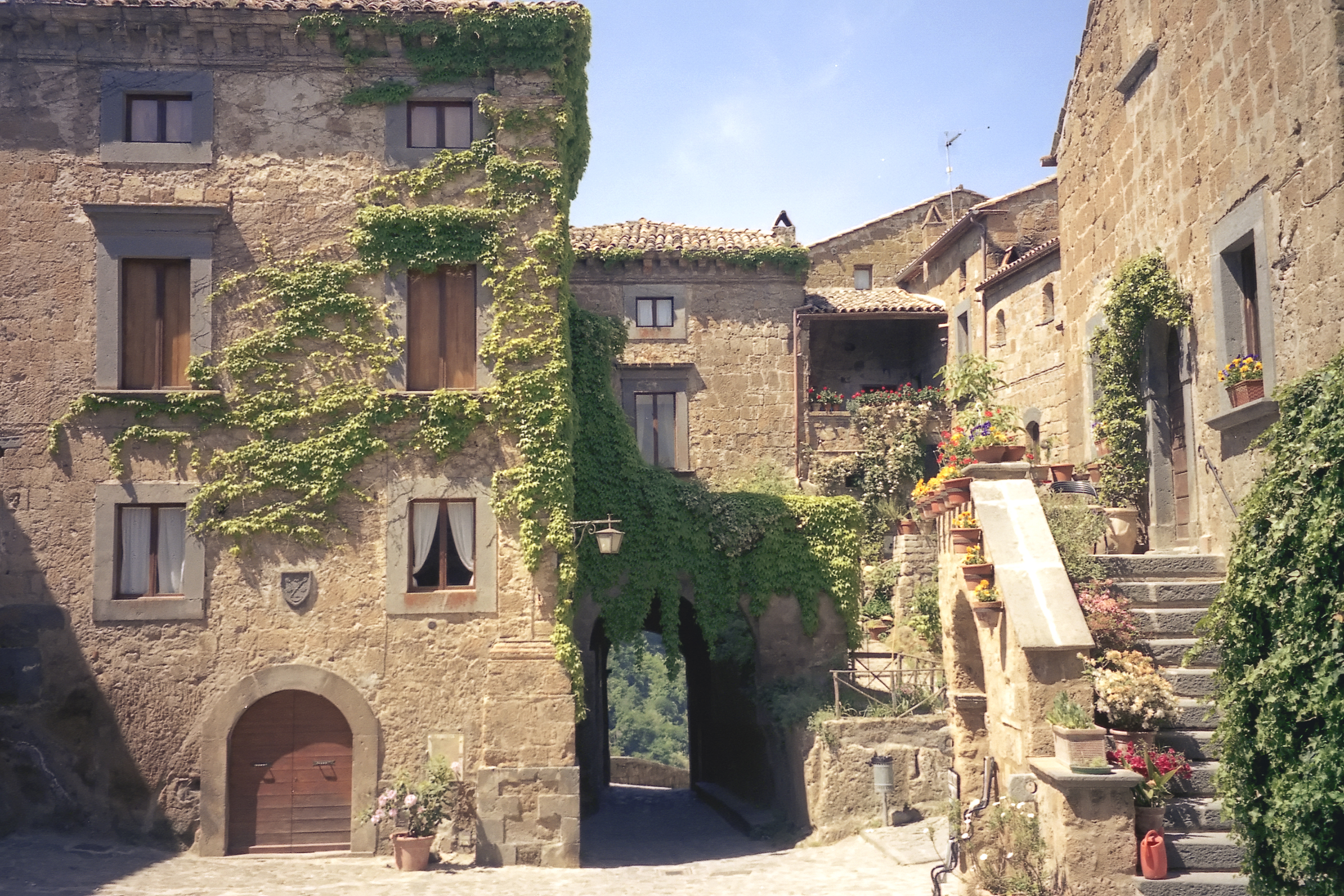 The town is noted for its striking position atop a plateau of friable volcanic tuff overlooking the Tiber river valley, in constant danger of destruction as its edges fall off, leaving the buildings built on the plateau to crumble. As of 2004, there are plans to reinforce the plateau with steel rods to prevent further geological damage. The city is also much admired for its architecture, some spanning several hundred years. Civita di Bagnoregio owes much of its unaltered condition to its relative isolation: the town was able to withstand most intrusions of modernity as well as the destruction brought by two world wars. The population today varies from about 12 people in winter to over 100 in the summer.

The town was placed on the World Monuments Fund’s 2006 Watch List of the 100 Most Endangered Sites, due to the threats it faces from erosion and unregulated tourism.