Cane Hill Hospital was a psychiatric hospital in Coulsdon in the London Borough of Croydon. The site is owned by GLA Land and Property.

The main buildings at Cane Hill were designed by Charles Henry Howell, consultant architect to the Commissioners in Lunacy and built on a hill-top site overlooking Coulsdon and Farthing Downs. The hospital opened in two phases, in 1882 and in 1888 as the Third Surrey County Lunatic Asylum. 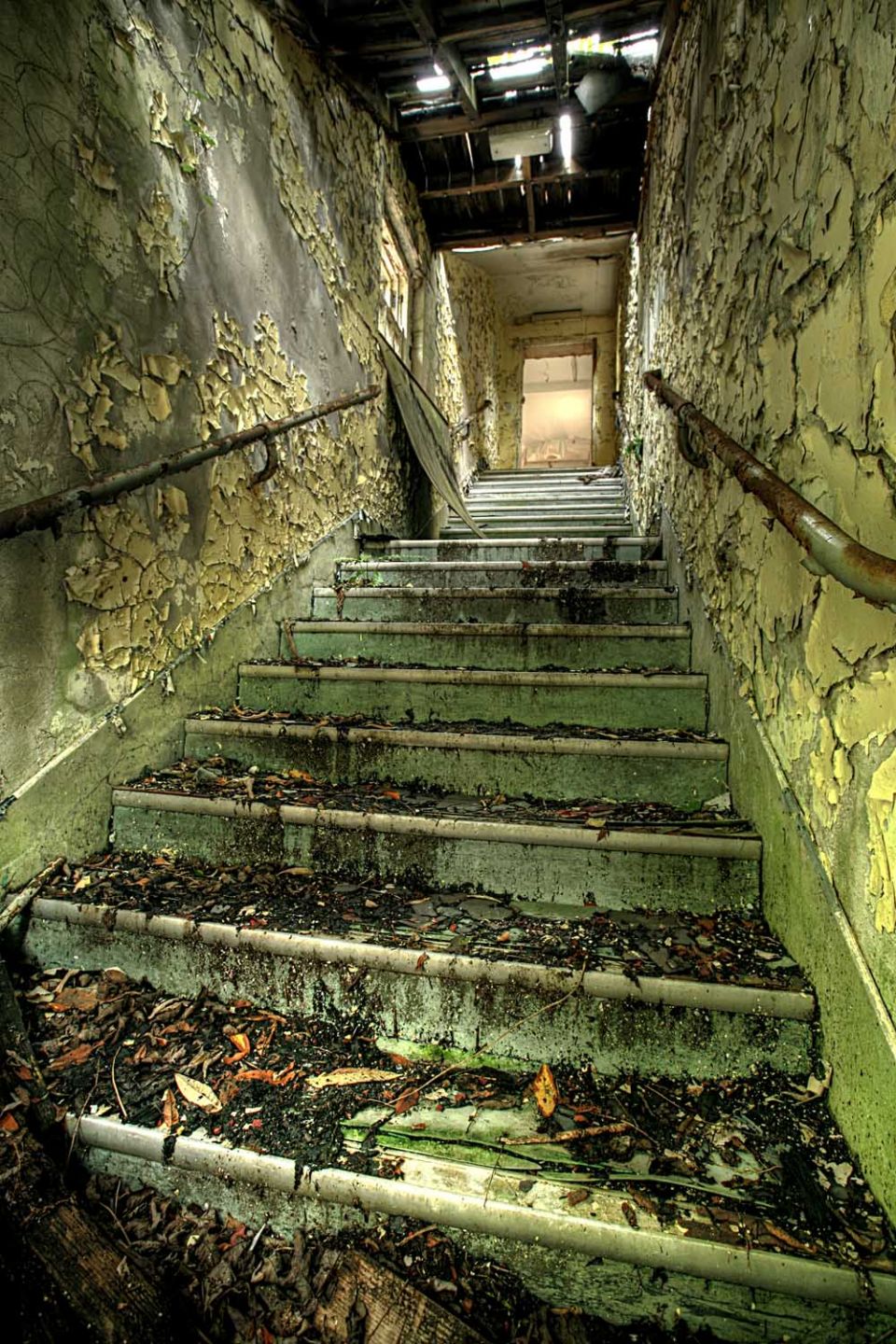 The first superintendent, James Moody, was knighted for his psychiatric work and, following his death in 1915, he was succeeded by Dr George Lilly who retired in 1949. In the post-war period, Cane Hill’s superintendent for twenty-three years was the eminent psychiatrist Dr Alexander Walk (1901-1982). Walk was renowned for his scholarship and was an authority on the history of British psychiatry.

During its lengthy period of operation, several patients who were related to famous people passed through the doors of Cane Hill – these include Charlie Chaplin’s mother, and the brothers of Michael Caine and David Bowie. Bowie’s album The Man Who Sold The World featured the administration block of Cane Hill on its sleeve. At its peak, the hospital housed almost 2,000 patients. 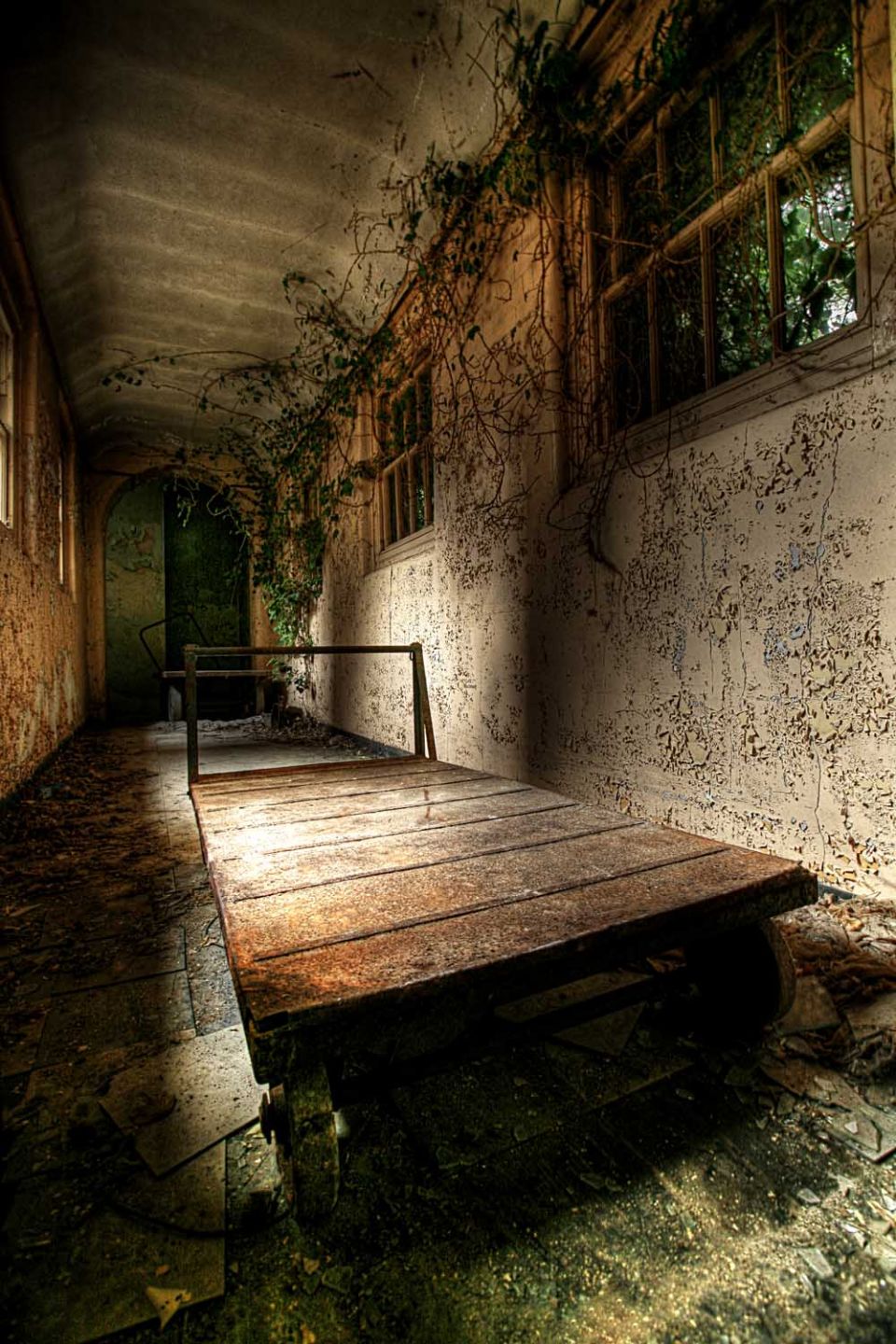 By the late 1980s the number of patients had greatly declined, largely due to the recommendations of the Mental Health Act (1983) with its emphasis on care in the community. Following a gradual winding down of hospital services and operations, the entire hospital with the exception of a small secure unit had closed by late 1991. The secure unit moved into what had been the Coulsdon Cottage Hospital: in 2006 it held 23 patients and was run by the South London and Maudsley NHS Foundation Trust (SLaM). The unit closed in February 2008, with the patients and staff being transferred to the River House, a new Medium Secure Unit at Bethlem Royal Hospital.

Throughout the 1990s and early 2000s there were many proposals to re-develop the site including plans for a new housing estate, a business or science park, or to convert some of the buildings into a new medium-security psychiatric hospital. However, because the hospital was in the middle of the London green belt, there were lengthy delays and discussions about the exact nature of any re-development plans.

The hospital buildings were not listed. English Heritage first considered the buildings as part of their Thematic Review of Hospital Buildings in the 1990s, but listing was not granted. Croydon’s Planning Brief for Cane Hill of March 1998 suggested the retention and re-use of the Administration Block and Chapel but the buildings were not on the local list nor was any part of the site considered a Conservation Area. An attempt to list the buildings again in 2006 failed; it “did have local interest (in particular the Administration Block and the Chapel)” but “better examples of early echelon asylums exist”. However this statement remains controversial as, Cane Hill was not, in fact an early echelon plan asylum but rather a unique example of a transitional plan, best described as “Radiating Pavilion”.

Demolition of Cane Hill started in March 2008 and was completed by the end of 2010. Only the Chapel, Administration building and Water Tower remained. A few buildings outside of the main fence remained, most notably the cottage hospital/secure unit. 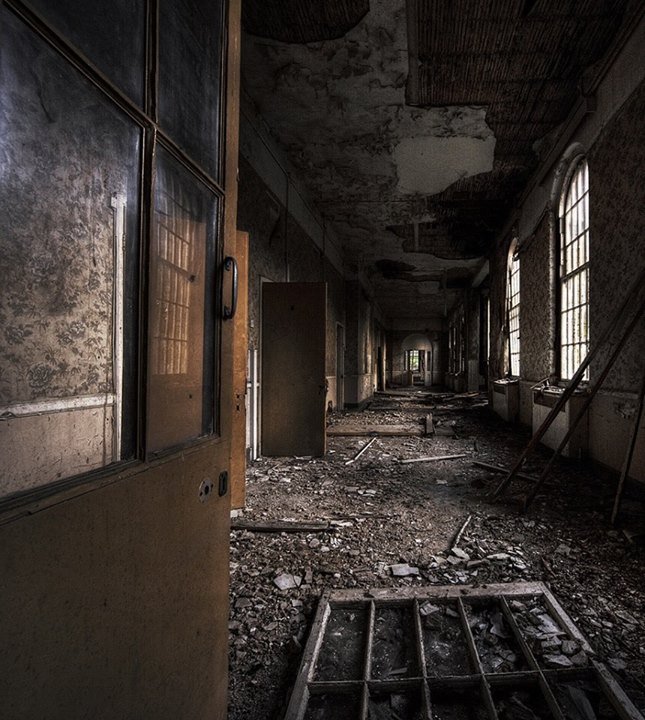 On 13 November 2010 a fire took hold in the administration block and went on to destroy all but the front facade of the building. The fire also destroyed the iconic clock tower. At about midnight, firefighters saw the clocktower crash to the ground in the blaze. The fire had been started in the basement of the building, draughting its way up through the ground and first floors before finally destroying the roof. Along with the clock tower, the fire destroyed many of the exterior masonry walls, rendering the building in a state of imminent collapse. 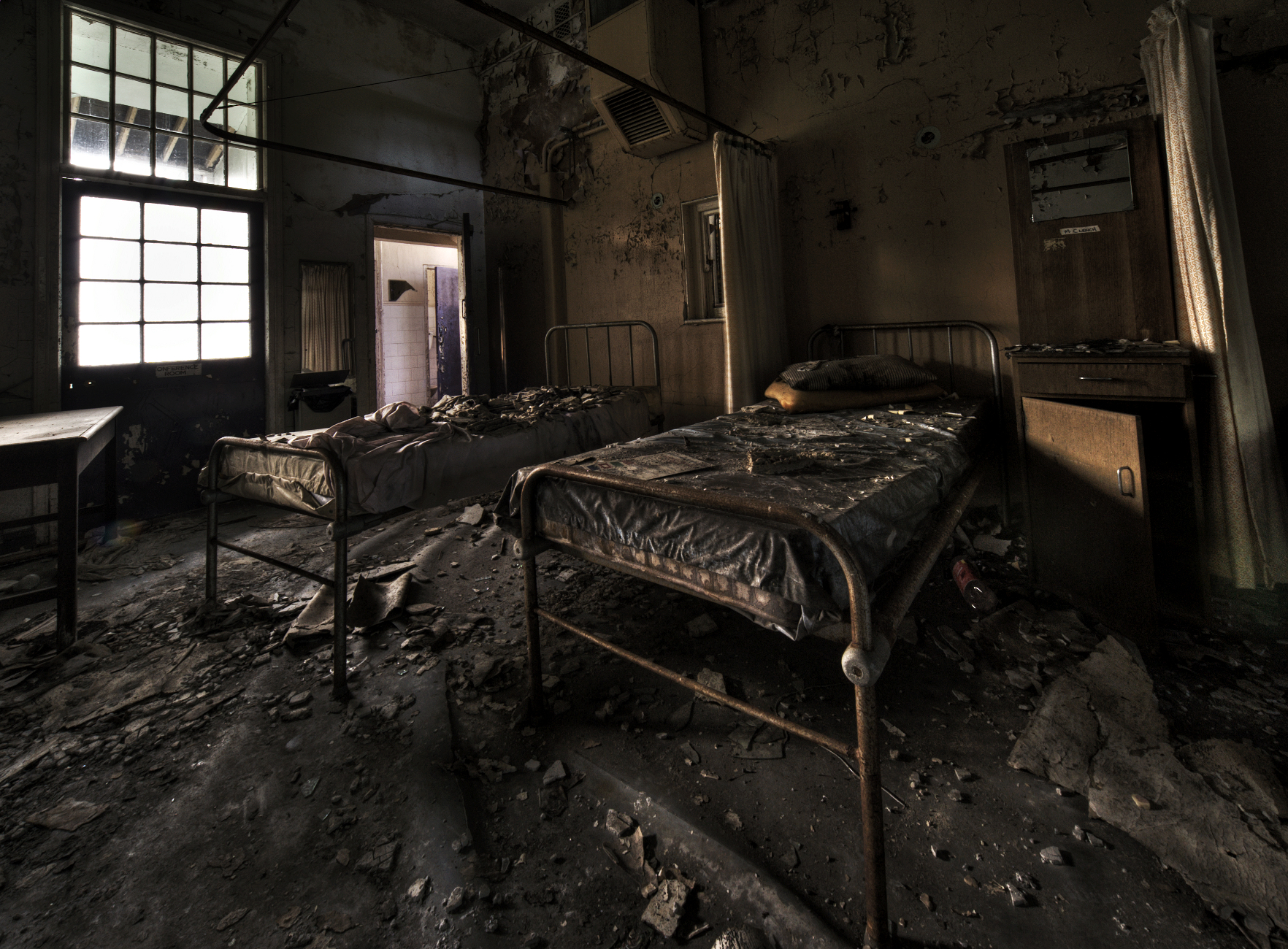