Coober Pedy is a town in northern South Australia, 846 kilometres north of Adelaide on the Stuart Highway. According to the 2011 census, its population was 1,695 (953 males, 742 females, including 275 indigenous Australians). The town is sometimes referred to as the “opal capital of the world” because of the quantity of precious opals that are mined there. Coober Pedy is renowned for its below-ground residences, called “dugouts”, which are built due to the scorching daytime heat. The name “Coober Pedy” comes from the local Aboriginal term kupa-piti, which means “white man’s hole”.

Opal was found in Coober Pedy on 1 February 1915; since then the town has been supplying most of the world’s gem-quality opal. Coober Pedy today relies as much on tourism as the opal mining industry to provide the community with employment and sustainability. Coober Pedy has over 70 opal fields and is the largest opal mining area in the world. 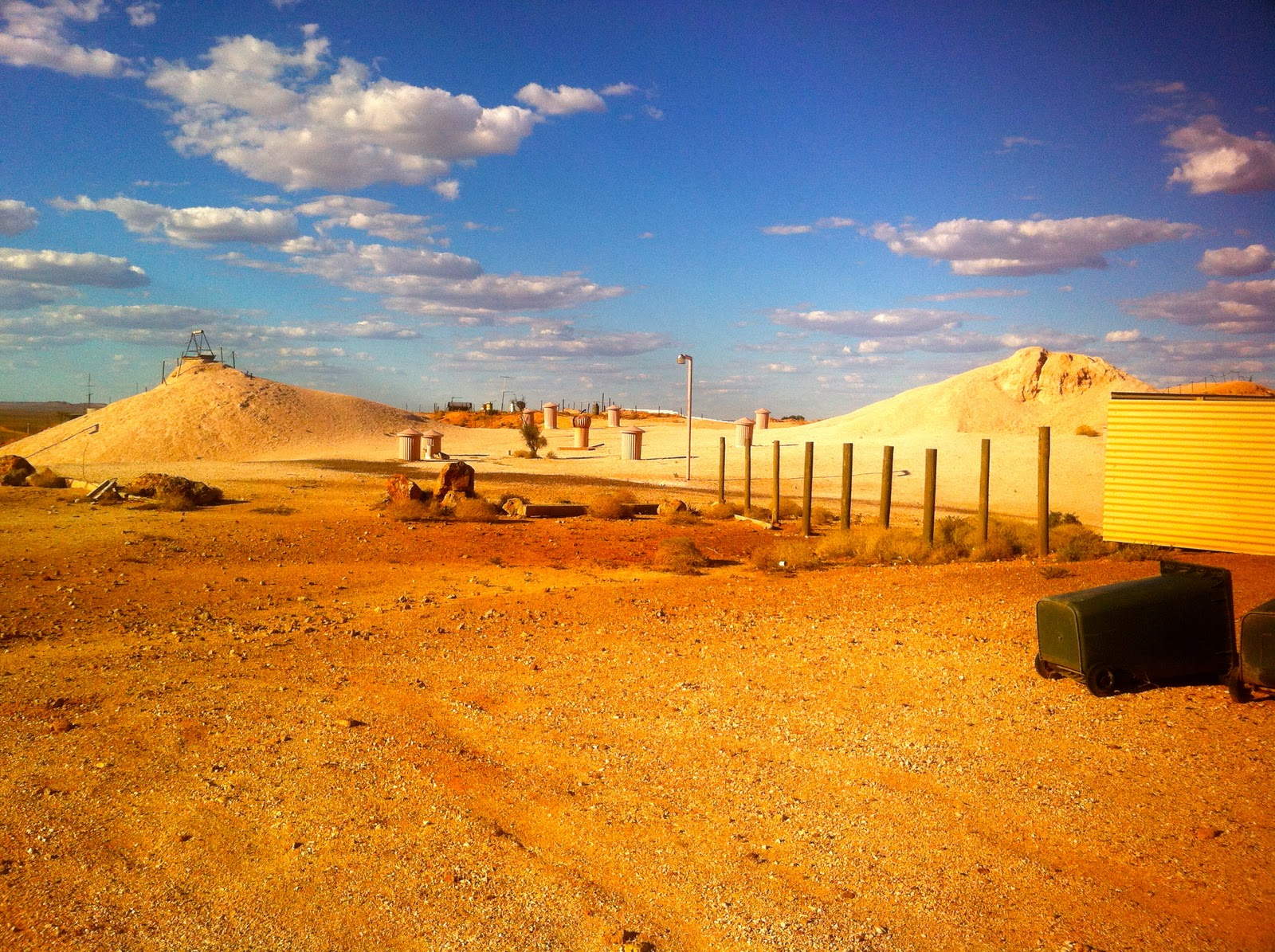 Aboriginal people have a long-standing connection with the area. The first European explorer to pass near the site of Coober Pedy was Scottish born John McDouall Stuart in 1858, but the town was not established until after 1915, when opal was discovered by Wille Hutchison. Miners first moved in around about 1916. By 1999, there were more than 250,000 mine shaft entrances in the area and a law discouraged large-scale mining by allowing each prospector a 165-square-foot (15.3 m2) claim. The harsh summer desert temperatures mean that many residents prefer to live in caves bored into the hillsides (“dugouts”). A standard three-bedroom cave home with lounge, kitchen, and bathroom can be excavated out of the rock in the hillside for a similar price to building a house on the surface. However, dugouts remain at a constant temperature, while surface buildings need air-conditioning, especially during the summer months, when temperatures often exceed 40 degrees Celsius (104 degrees Fahrenheit). The relative humidity rarely gets over 20% on these hot days, and the skies are usually cloud-free. The average maximum temperature is 30-32 degrees Celsius, but it can get quite cool in the winter.

Coober Pedy is a very small town, about halfway between Adelaide and Alice Springs. It has become a popular stopover point and tourist destination, especially since 1987, when the sealing of the Stuart Highway was completed.

Interesting attractions in Coober Pedy include the mines, the graveyard, and the underground churches. The first tree ever seen in the town was welded together from scrap iron. It still sits on a hilltop overlooking the town. 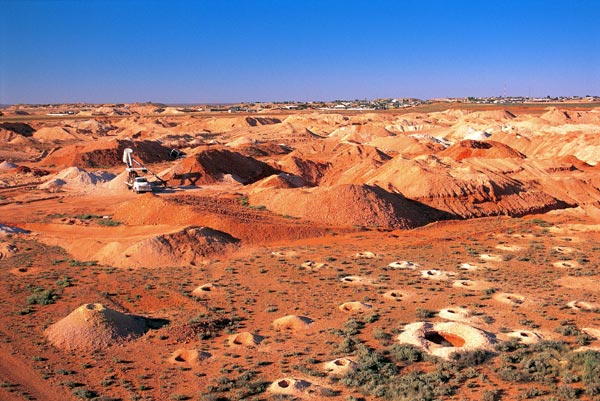 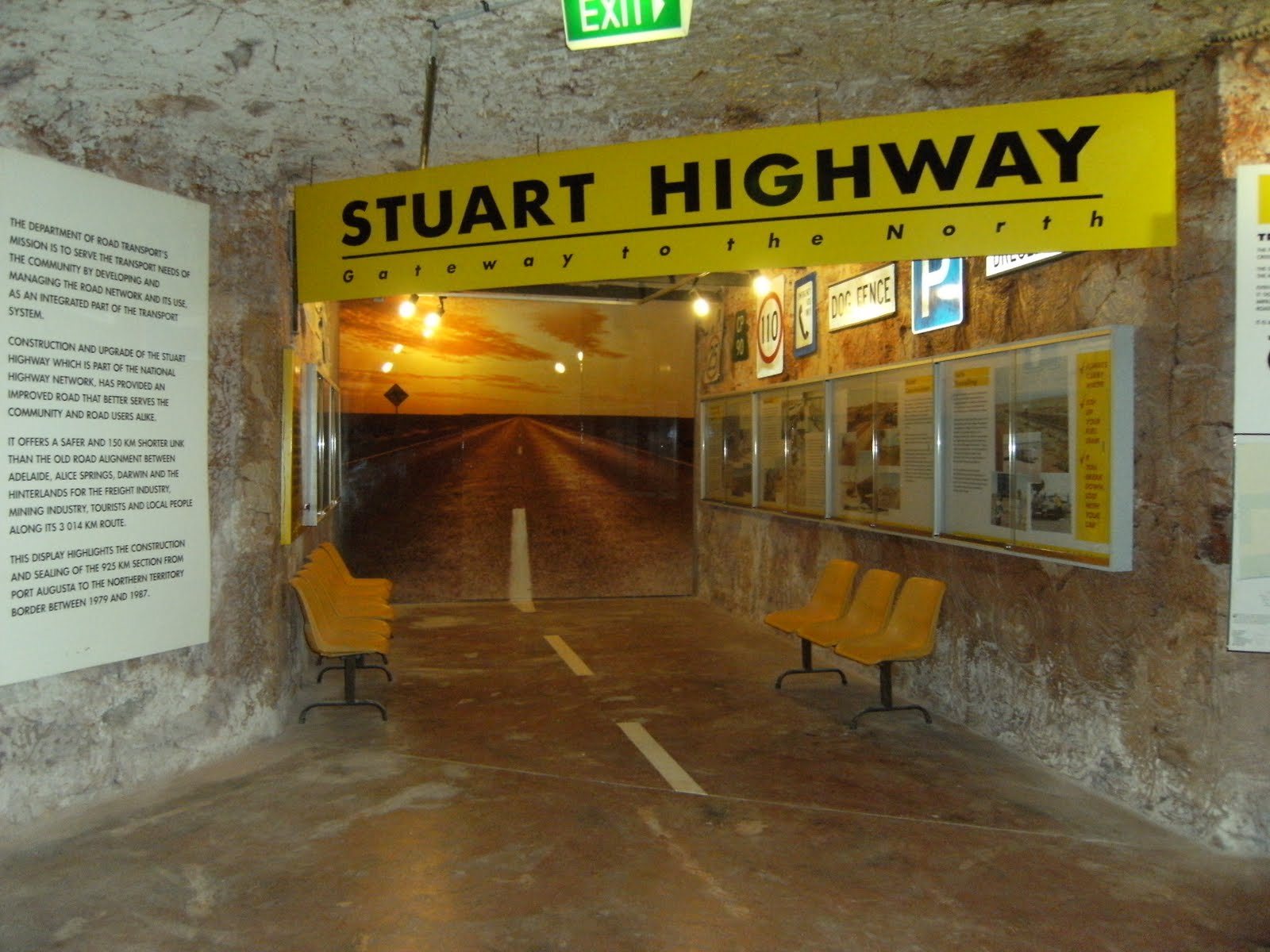 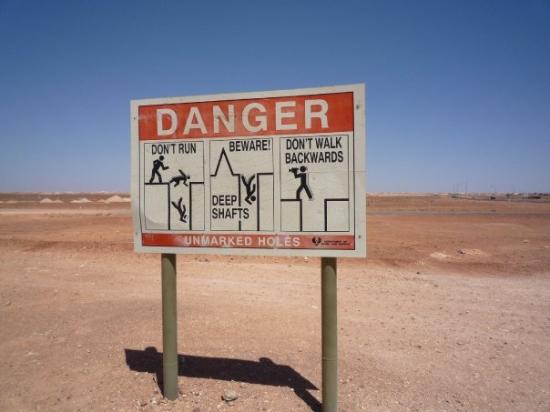 In 2013 it was reported significant tight oil (oil trapped in oil-bearing shales) resource have been found near Coober Pedy in the Arckaringa Basin. This resource is estimated to hold between 3.5 and 223 billion barrels (560×106 and 35,500×106 m3) of oil, which provides the potential for Australia to become a net oil exporter.

Both the town and its hinterland, for different reasons, are very photogenic and have therefore attracted film makers. The town itself was the setting for the 2006 film Opal Dream. The town is a pivotal location in Wim Wenders’ 1991 film Until the End of the World. Coober Pedy also features in the 1994 film The Adventures of Priscilla Queen of the Desert. An episode of Dirty Jobs Down Under with Mike Rowe visited Coober Pedy and aired 29 September 2012 on Discovery Channel. 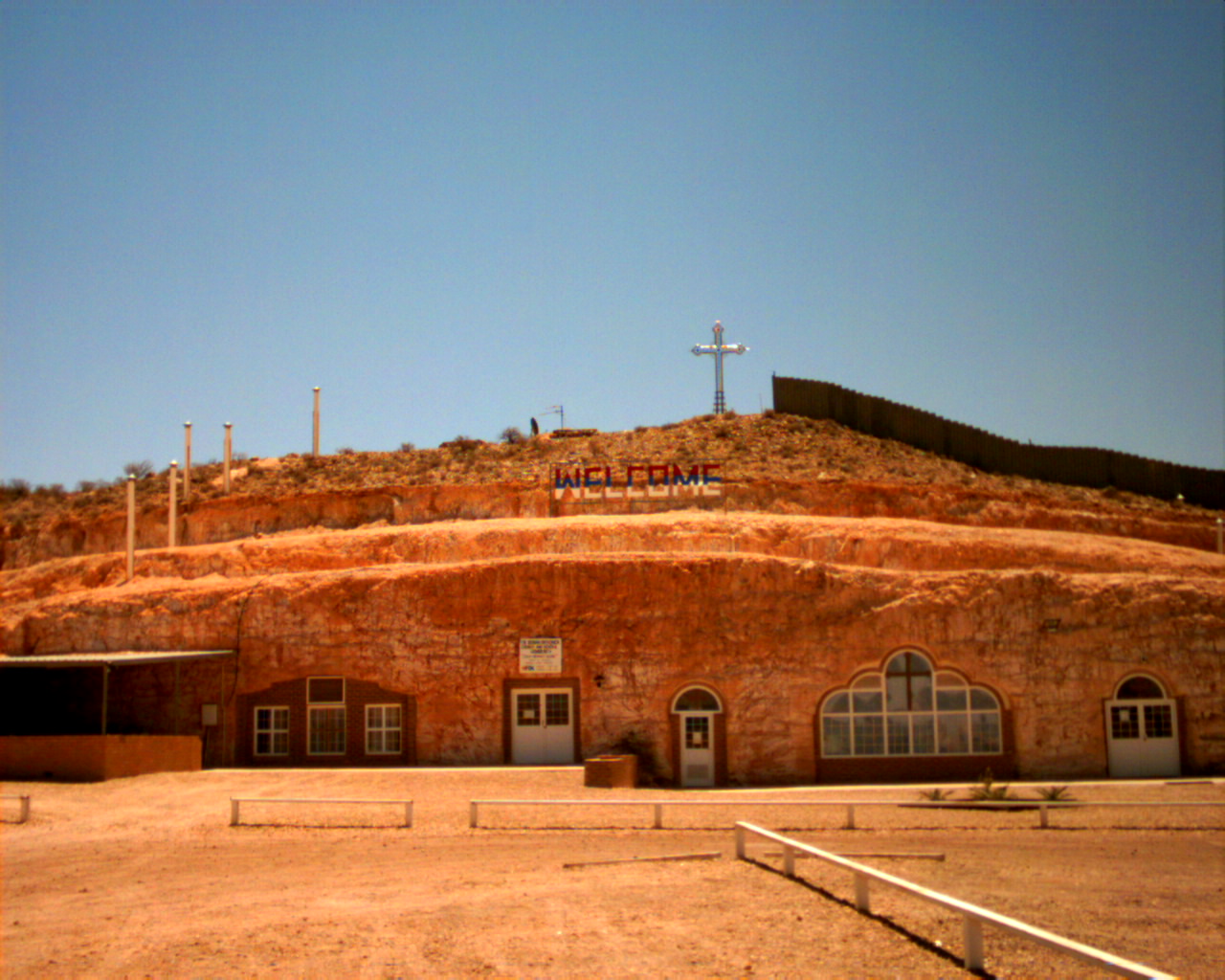