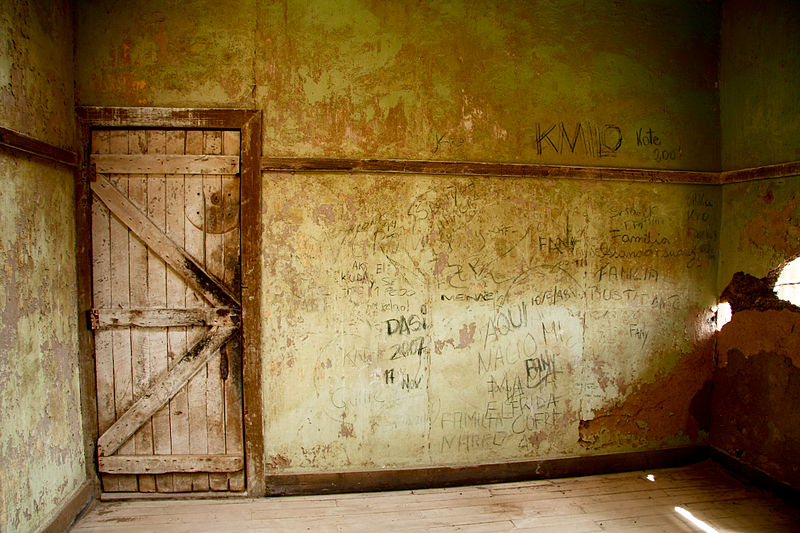 Humberstone and Santa Laura are located 48 km east of the city of Iquique in the Atacama Desert in the Region of Tarapacá in northern Chile. Other saltpeter works or “nitrate towns” include Chacabuco, Maria Elena, Pedro de Valdivia, Puelma and Aguas Santas among many others. Chacabuco is a special case since it was also used as a concentration camp during Pinochet’s regime, and to this day remains surrounded by lost landmines. 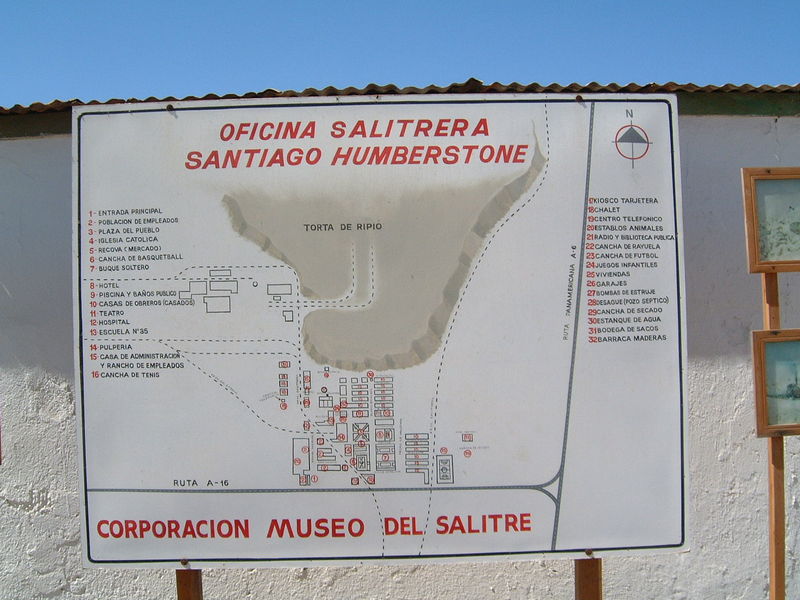 In 1872, the Guillermo Wendell Nitrate Extraction Company founded the saltpeter works of Santa Laura, while the region was still a part of Peru. In the same year, James Thomas Humberstone founded the “Peru Nitrate Company”, establishing the works of “La Palma”. Both works grew quickly, becoming busy towns characterized by lovely buildings in the English style.

While La Palma became one of the largest saltpeter extractors of the whole region, Santa Laura did not do well, as production was low. It was taken over in 1902 by the Tamarugal Nitrate Company. In 1913 Santa Laura halted its production until the Shanks extraction process was introduced, which enhanced productivity.

However the economic model collapsed during the Great Depression of 1929 because of the development of the synthesis of ammonia by the Germans Fritz Haber and Carl Bosch, which led to the industrial production of fertilizers. Practically bankrupt, both works were acquired by COSATAN (Compañía Salitrera de Tarapacá y Antofagasta) in 1934. COSATAN renamed La Palma into “Oficina Santiago Humberstone” in honor of its founder. The company tried to produce a competitive natural saltpeter by modernizing Humberstone, which led to its becoming the most successful saltpeter works in 1940.

Both works were abandoned in 1960 after the rapid decline that caused COSATAN to disappear in 1958. In 1970, after becoming ghost towns, they were declared national monuments and opened to tourism. In 2005 they were declared a World Heritage Site by UNESCO. 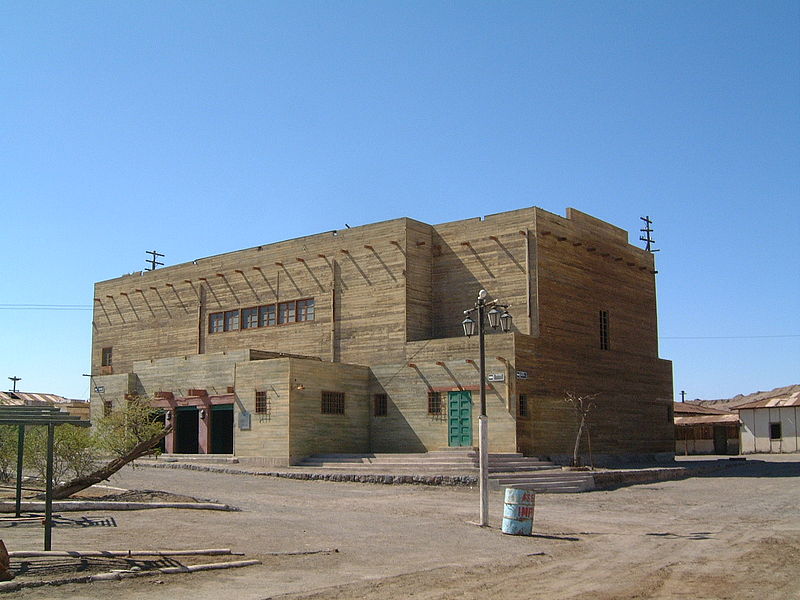 Humberstone and Santa Laura works contain over 200 former saltpeter works where workers from Chile, Peru and Bolivia lived in company towns and forged a distinctive communal pampinos culture. That culture is manifest in their rich language, creativity, and solidarity, and, above all, in their pioneering struggle for social justice, which had a profound impact on social history. Situated in the remote desert Pampa, one of the driest deserts on earth, thousands of pampinos lived and worked in this hostile environment, for over 60 years, from 1880, to process the largest deposit of saltpeter in the world, producing the fertilizer sodium nitrate that was to transform agricultural lands in North and South America, and in Europe, and produce great wealth for Chile. Because of the vulnerability of the structures and because of the impact of a recent earthquake, the site was also placed on the List of World Heritage in Danger, to help mobilize resources for its conservation.