Cueva de las Manos (Spanish for Cave of Hands) is a cave or a series of caves located in the province of Santa Cruz, Argentina, 163 km (101 mi) south of the town of Perito Moreno. It is famous (and gets its name) for the paintings of hands. The art in the cave dates from 13,000 to 9,000 years ago.Several waves of people occupied the cave, and early artwork has been carbon-dated to ca. 9300 BP (about 7300 BC). The age of the paintings was calculated from the remains of bone-made pipes used for spraying the paint on the wall of the cave to create silhouettes of hands.

The site was last inhabited around 700 AD, possibly by ancestors of the Tehuelche people. 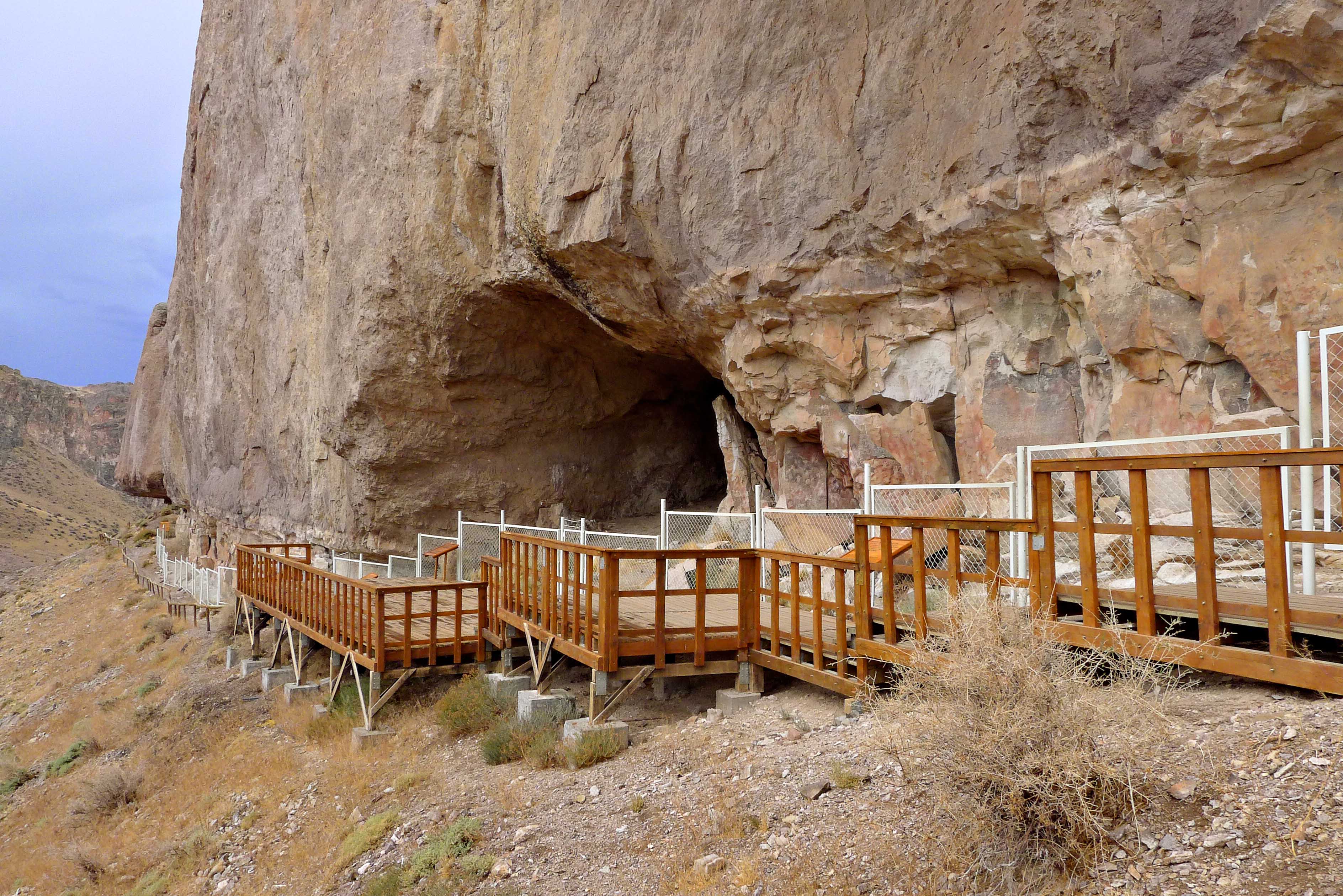 The cave lies in the valley of the Pinturas River, in an isolated spot in the Patagonian landscape. It is most easily reached by a gravel road (RP 41), which leaves Ruta 40 3 km north of Bajo Caracoles and runs 46 km northeast to the south side of the Pinturas Canyon. The north side of the canyon can also be reached by rough, but shorter, roads from Ruta 40. A 3 km path connects the two sides of the canyon, but there is no road link. 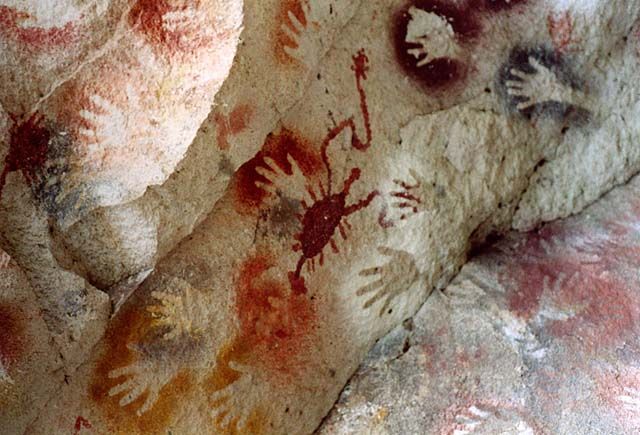 The images of hands are often negative painted, that is, stencilled. Most of the hands are left hands, which suggests that painters held the spraying pipe with their right hand.

Besides these there are also depictions of human beings, guanacos (Lama guanicoe), rheas, felines and other animals, as well as geometric shapes, zigzag patterns, representations of the sun, and hunting scenes. The hunting scenes are naturalistic portrayals of a variety of hunting techniques, including the use of bolas. Similar paintings, though in smaller numbers, can be found in nearby caves. There are also red dots on the ceilings, probably made by submerging their hunting bolas in ink, and then throwing them up. 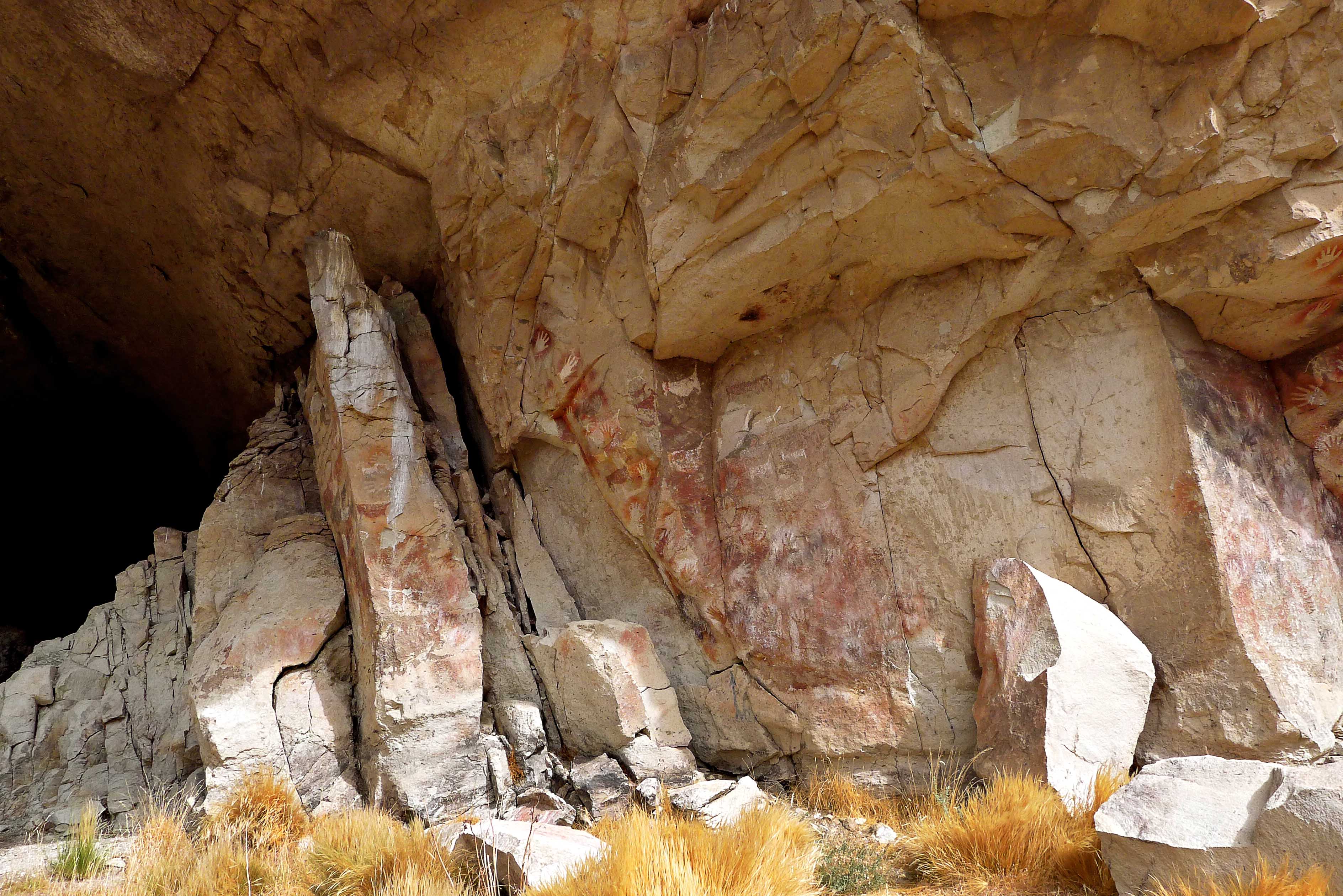 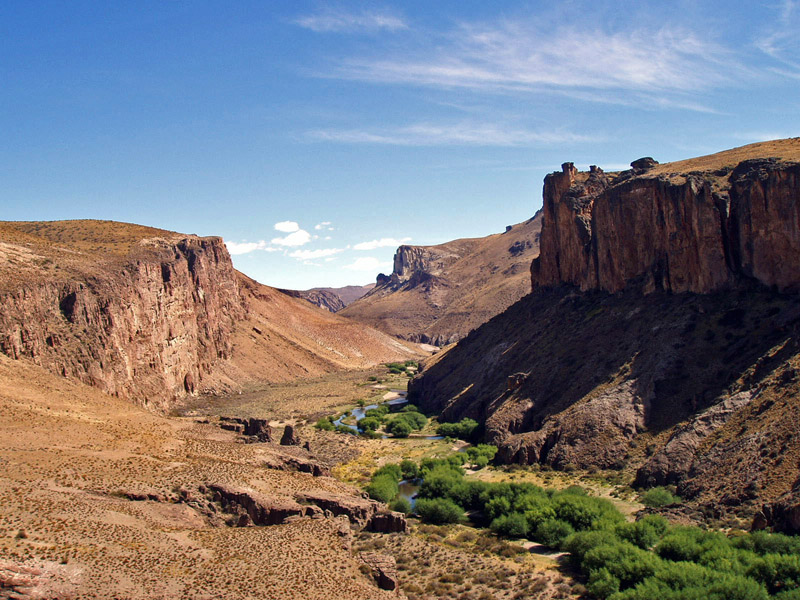