The coastline of the southern Tasmania, in Australia, is composed of stunning rock columns that protrude up to 300 meters from the sea level. These rocks are what geologists call dolerites, with its distinct elongated shape and hexagonal columns.

Dolerites form when molten rocks pushed up from the deep underbelly of the earth cools quickly and crystallizes to form small visible crystals in the rock. When the rate of cooling is just right, the rocks shrink in volume, causing the creation of cracks. The cracks allow the rocks in the interior to cool, resulting in more cracks. At the end, you get a large block of rock with long vertical and symmetrical cracks creating five or six sided columns. The columns can be just a few centimeters to over several meters in diameter. 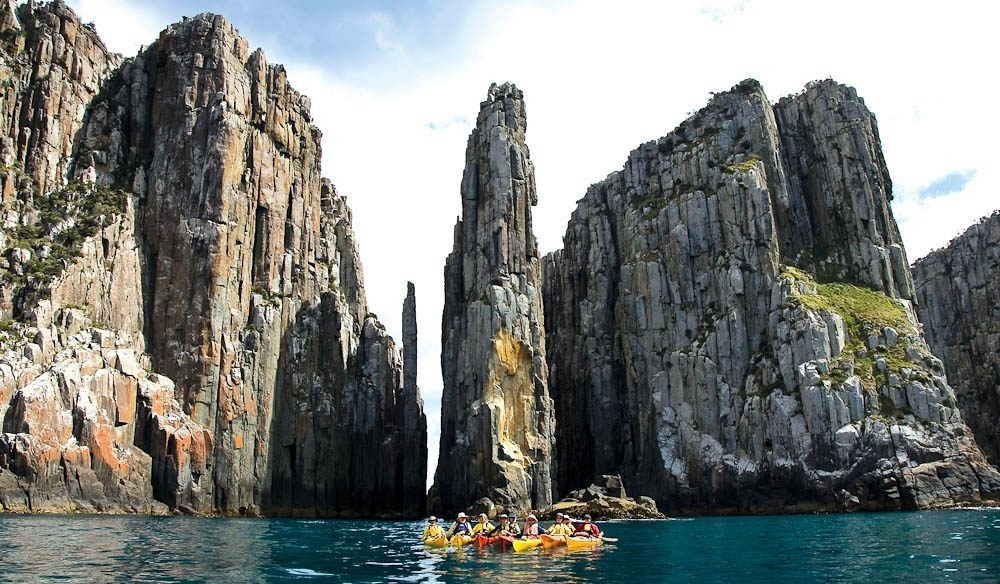 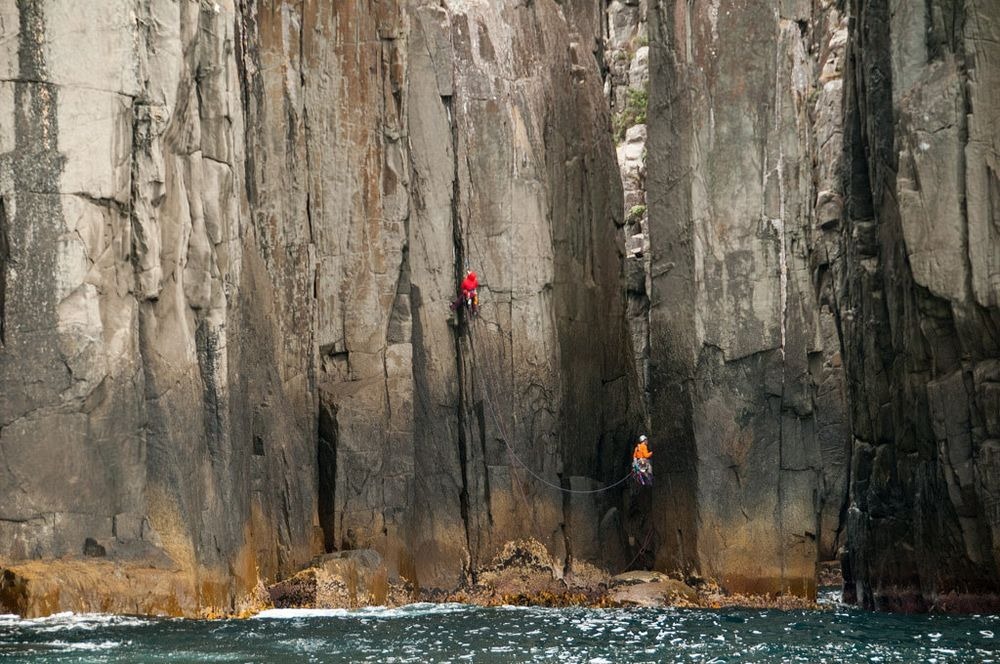 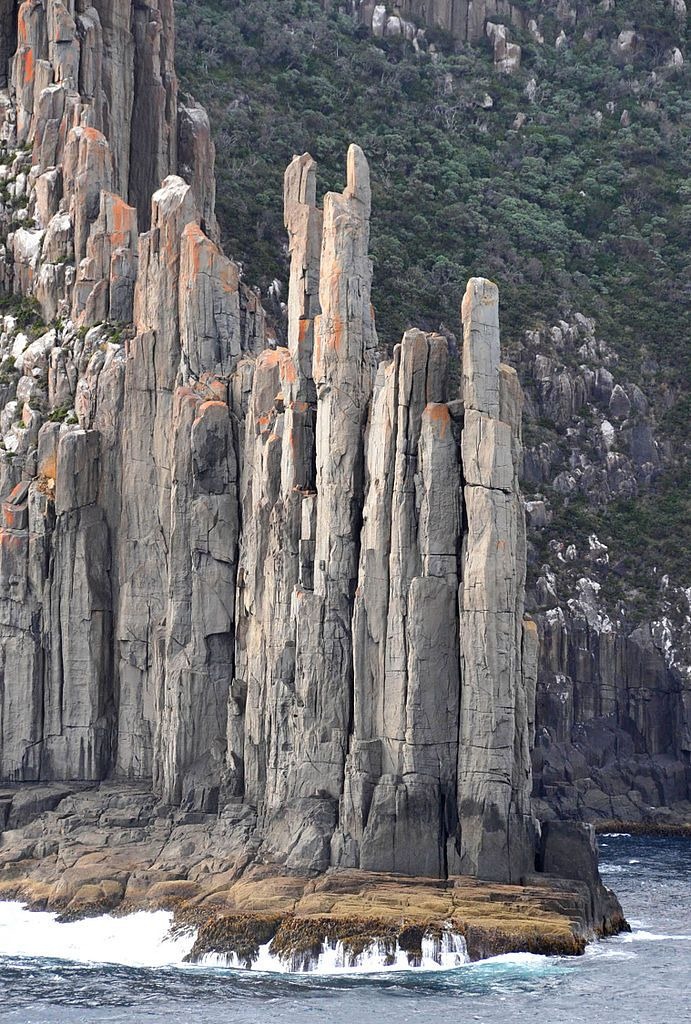 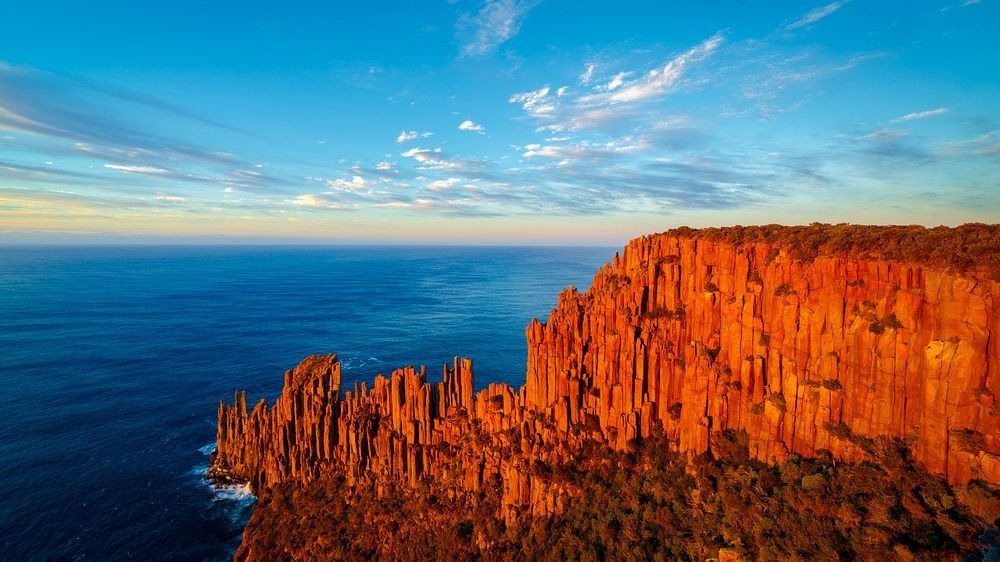 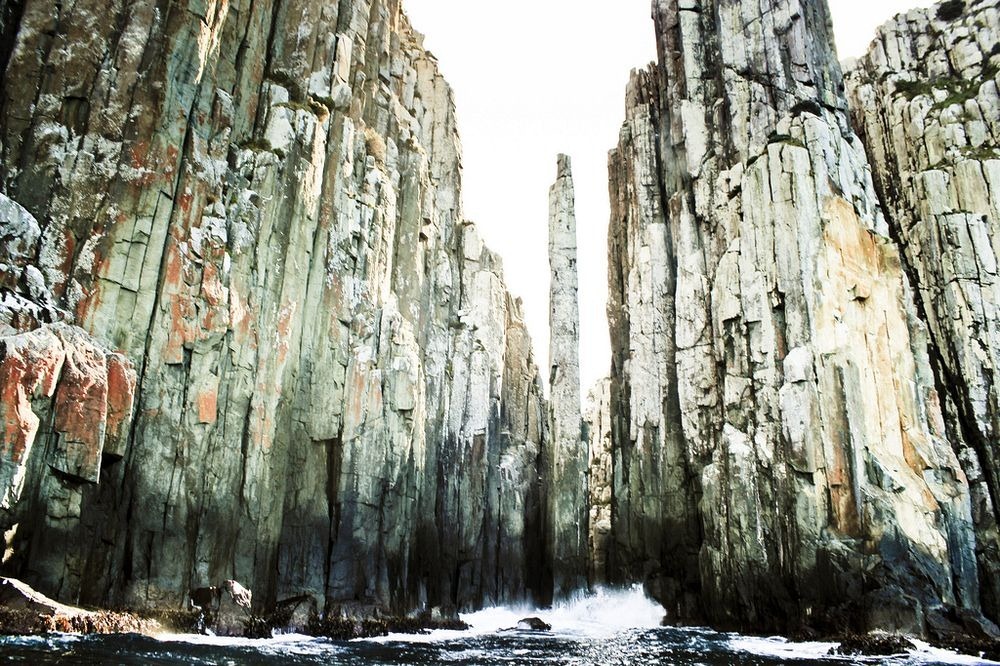 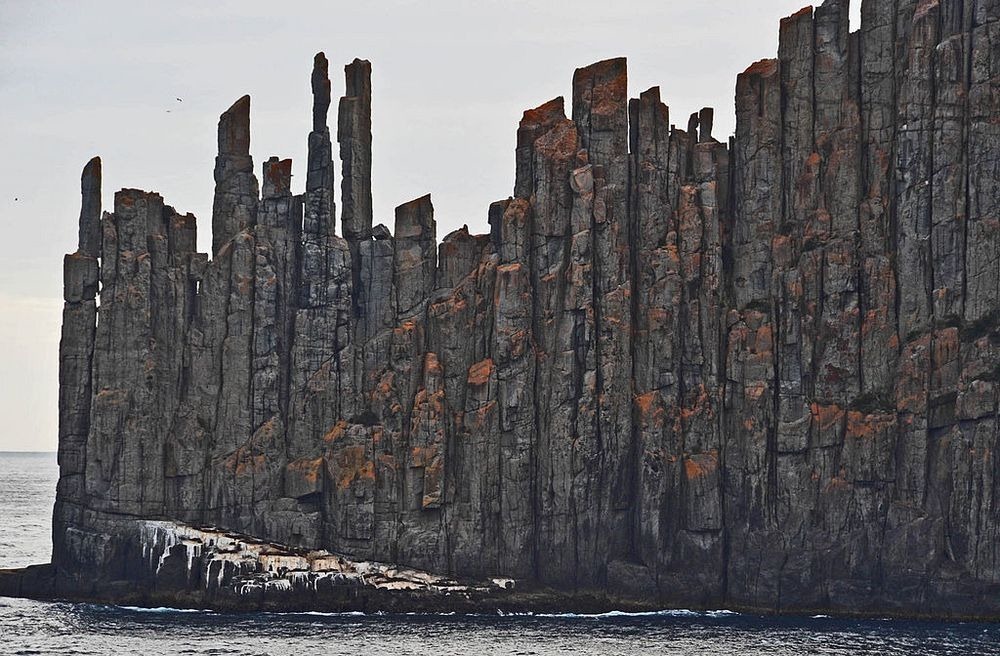 These impressive dolerite columns in Tasmania likely formed in the Jurassic period, some 185 million years ago during a massive volcanic event that covered up to a third of Tasmania. The columns are actually a part of a continuous formation over 4,000 km long extending from Australia through Tasmania and into Antarctica.

Columnar rocks such as these are not uncommon. There are hundreds of known localities throughout the world where you can find them. Some of these locations are very well-known, such as The Giant’s Causeway in Ireland, The Devil’s Tower in Wyoming, Los Organos in Spain, and Fingal’s Cave in Scotland.