Sitting on top of a small natural hill, amidst the slums of San Agustín, in south-central Caracas, Venezuela, is a magnificent building with a spiraling ramp that coils onto itself becoming tighter and tighter, rising higher and higher, until it reaches the apex crowned by a geodesic dome, designed by none other than Richard Buckminster Fuller himself. 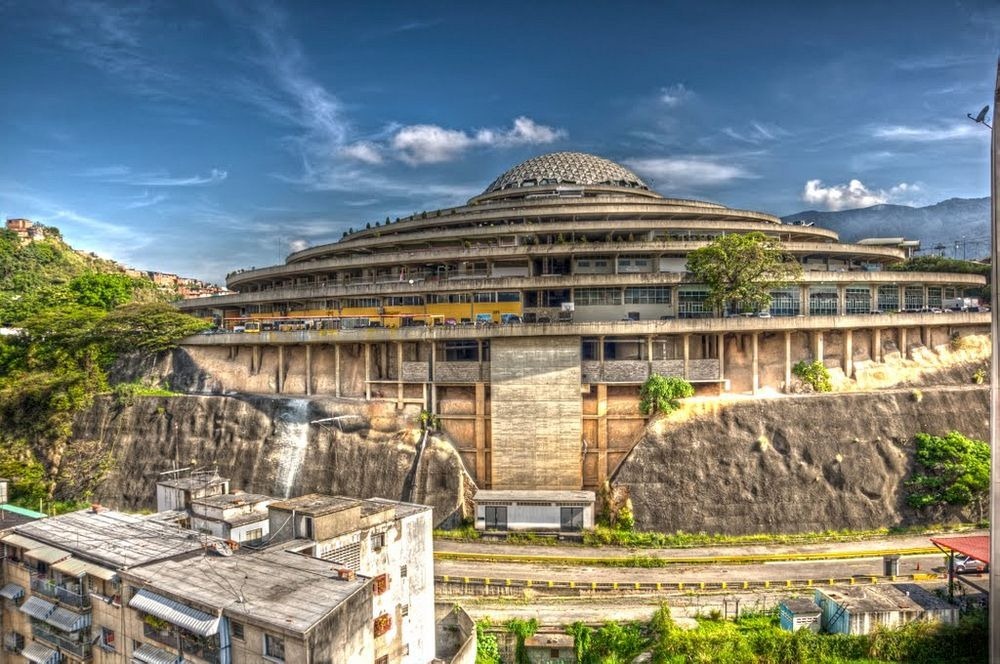 El Helicoide, or the Helix, is one of Venezuela’s most important relics of the modernist movement. It was supposed to be the world’s first drive-through shopping mall with a 2.5 mile long spiraling ramp for cars to ascend, descend, and park directly in front of the shops they wanted to visit. There was space for more than three hundred stores, and would have included a 5 star hotel, a movie theater with seven screens, exhibition halls, a gym, a pool, a bowling alley, a nursery and a lot more. 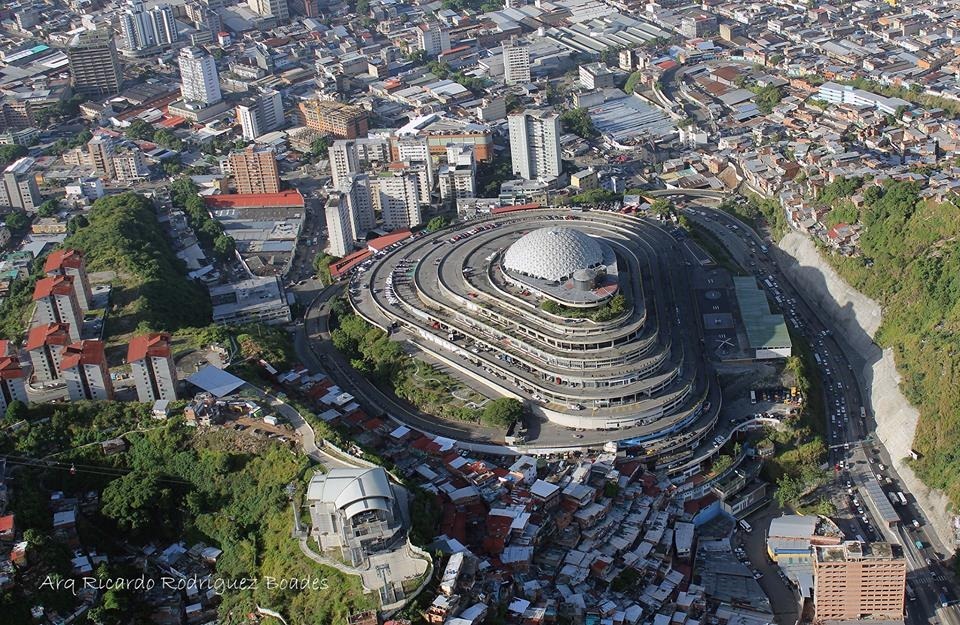 The project was conceived in the late 1950s by architects Pedro Neuberger, Dirk Bornhorst and Jorge Romero Gutiérrez, for the Venezuelan dictator and President Marcos Perez Jimenez. When the project was exhibited at the Museum of Modern Art in New York, it was hailed by everyone as a triumph of modernist design. Nobel-Prize winning Chilean Poet Pablo Neruda declared it “one of the most exquisite creations to emerge from the mind of an architect”, and Salvador Dalí offered to decorate the inside. 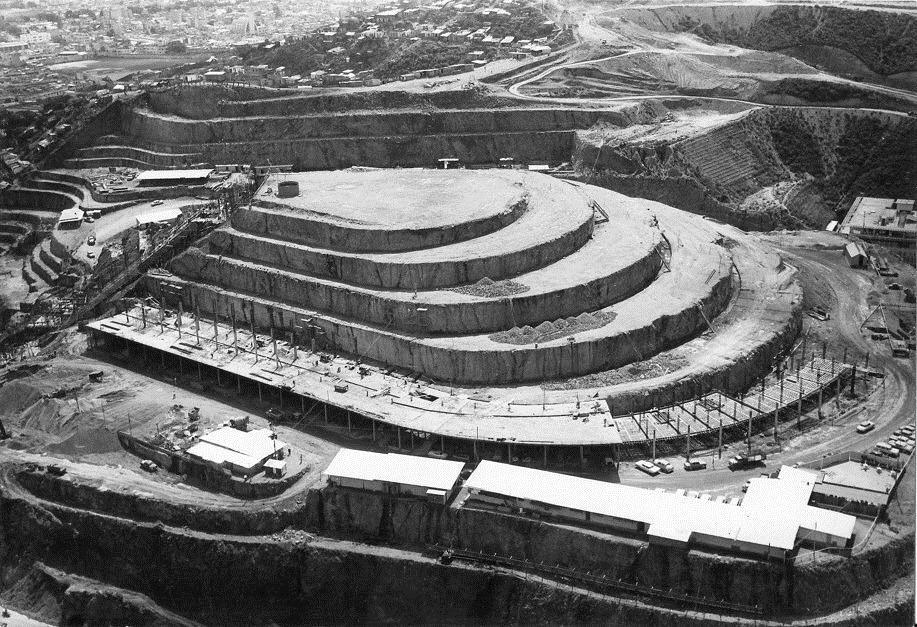 The building was almost nearing completion when Pérez Jiménez’s dictatorship collapsed and the architects lost their funding. The new government showed no interest in completing the project because of its association with the former dictator. In 1961, one year before the project was due for completion, construction came to a halt. In 1975, after a lengthy bankruptcy process, the building became government property.

The first squatters began to move in in 1979. They were mostly victims of a recent landslide. But in just three years, the number of people illegally occupying the building rose to more than ten thousand, and the Helicoide became a den for trafficking in drugs and sex. In 1982, the squatters were evicted, and it was decided to turn the building into a Museum of History and Anthropology. This, of course, never happened. Instead, the building was taken over by the Venezuelan intelligence police in 1984 and turned into their headquarters. The building’s innumerable rooms, originally designed to display and sell products, became cells to hold detainees for questioning, torturing and more. 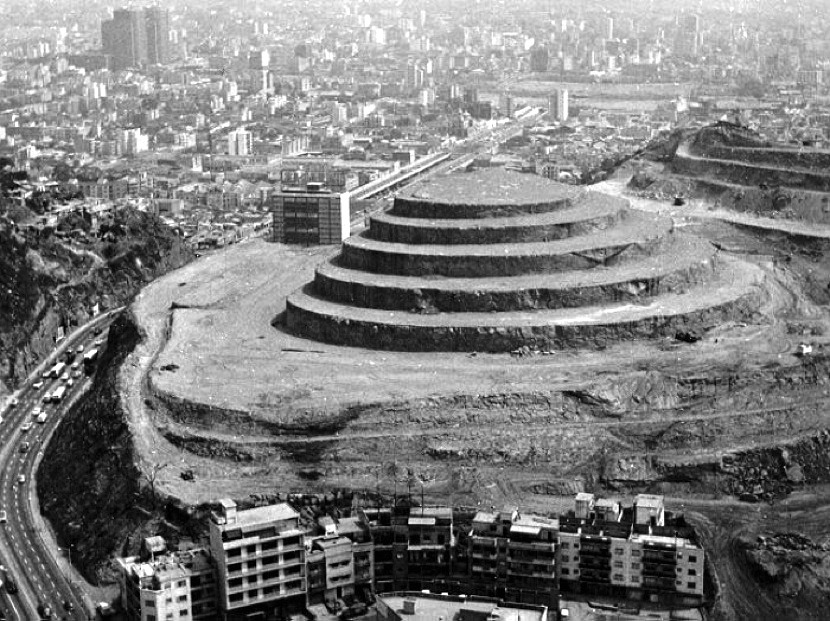 A new kind of darkness set upon the building, arising from its conversion into a detention center,” writes cultural historian Celeste Olalquiaga. “High-tech surveillance equipment was installed, officers delighted to be able to ride their cars to their offices à la James Bond. There were political prisoners, there was torture; SWAT teams would stop anyone taking a picture of the building from the surrounding highways.

Vicente Lecuna, a professor at Central Venezuela University, calls the place a contradiction—”a space that wanted to be a symbol of free commerce in the Fifties and Sixties would later become a jail, a jail for political prisoners.” 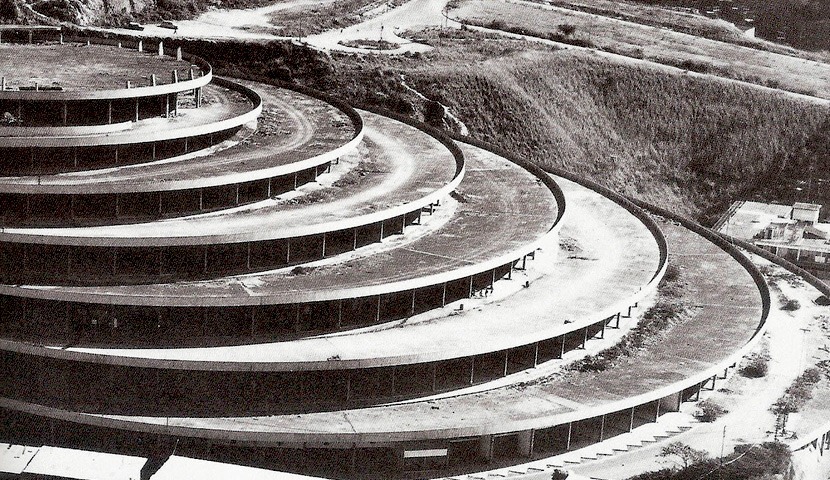 According to a report published by an NGO, there were 145 cases of torture and cruel, inhuman, and degrading treatment, committed by the Venezuelan Government from January 2014 to June 2016 alone. 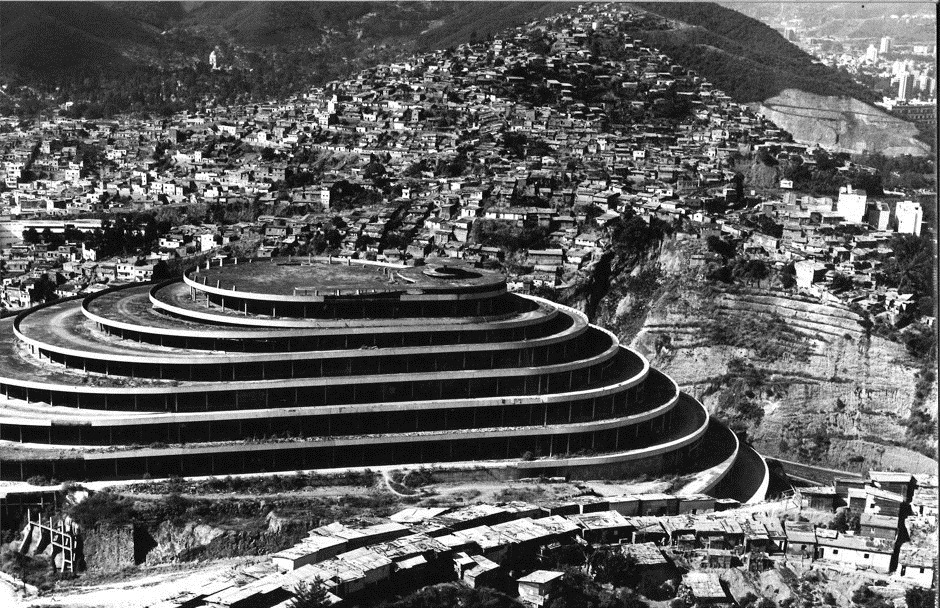 In 2012, the Inter-American Court on Human Rights examined the facilities at the Helicoide and concluded they were not fit to be a prison. Nevertheless, the Helicoide continues to hold prisoners and the only escapees from it are stories of horror and human rights violation. 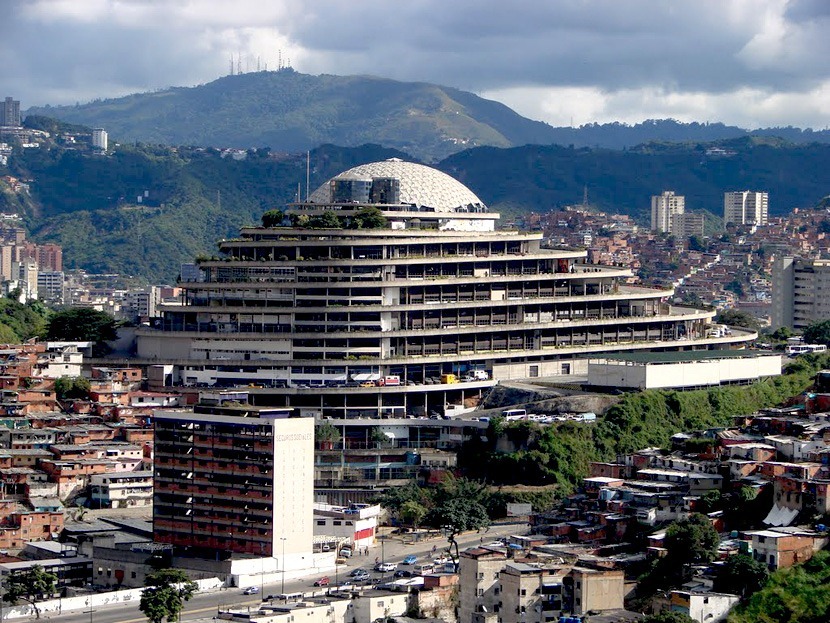 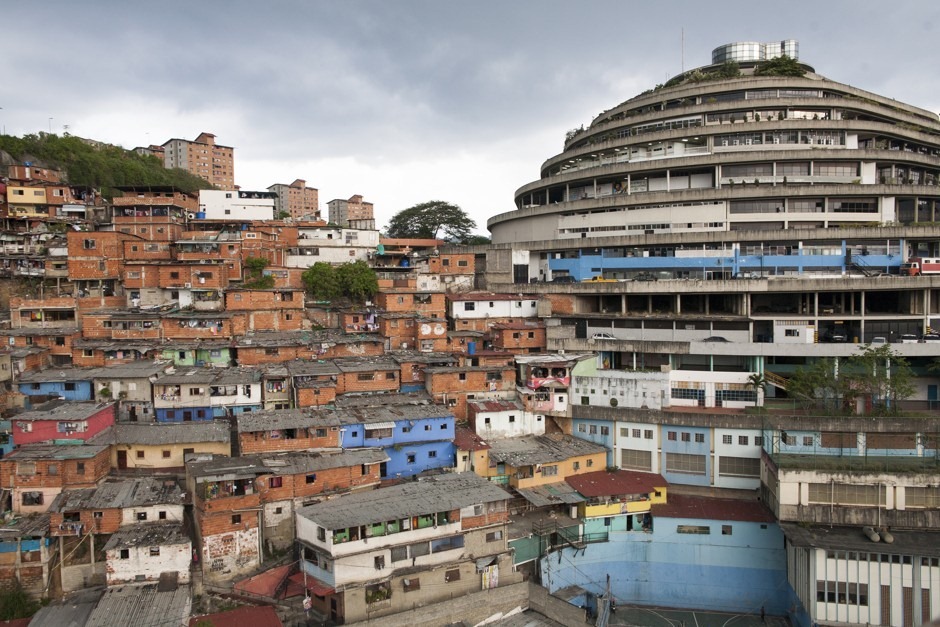