The norias of the ancient Syrian city of Hama are seventeen historic waterwheels located along the Orontes River that date back to the Byzantine Era, although locals claim they are older still. 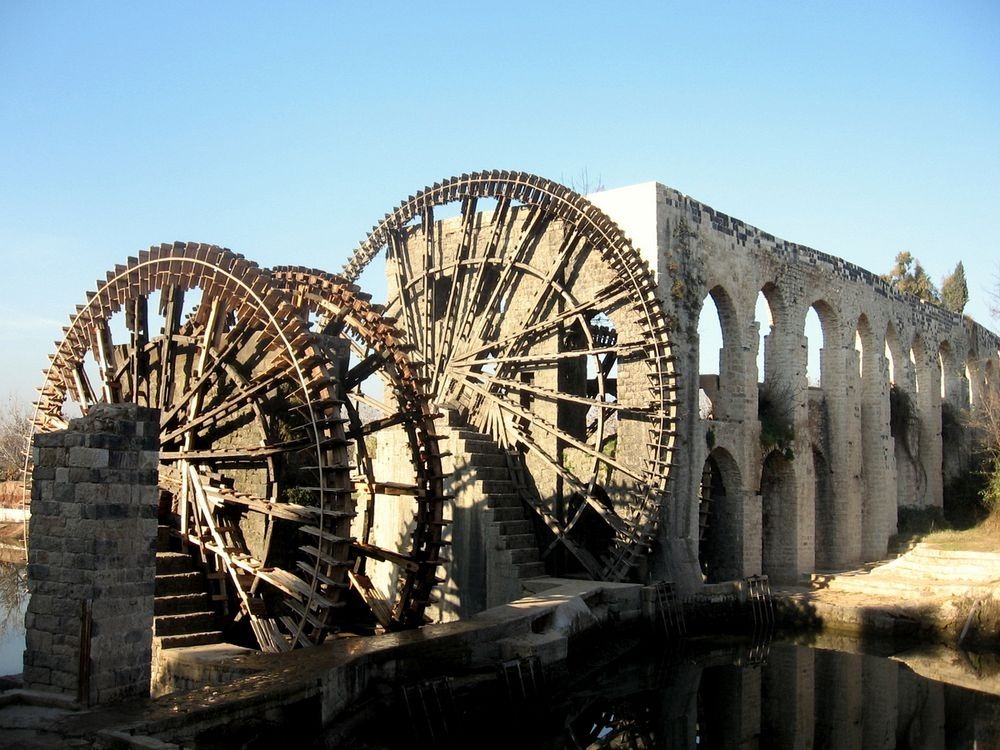 The water wheels, called noria, are part of the city’s now-defunct irrigation system, and were designed to lift water from the river and move it through aqueducts to agricultural fields and people’s home. The wheels were powered by the current of the flowing river. As the wheels moved, wooden buckets placed at the periphery of the wheels scooped water out from the river and emptied it into aqueducts. Gravity then lead the water along aqueducts to its destination in various parts of the city. 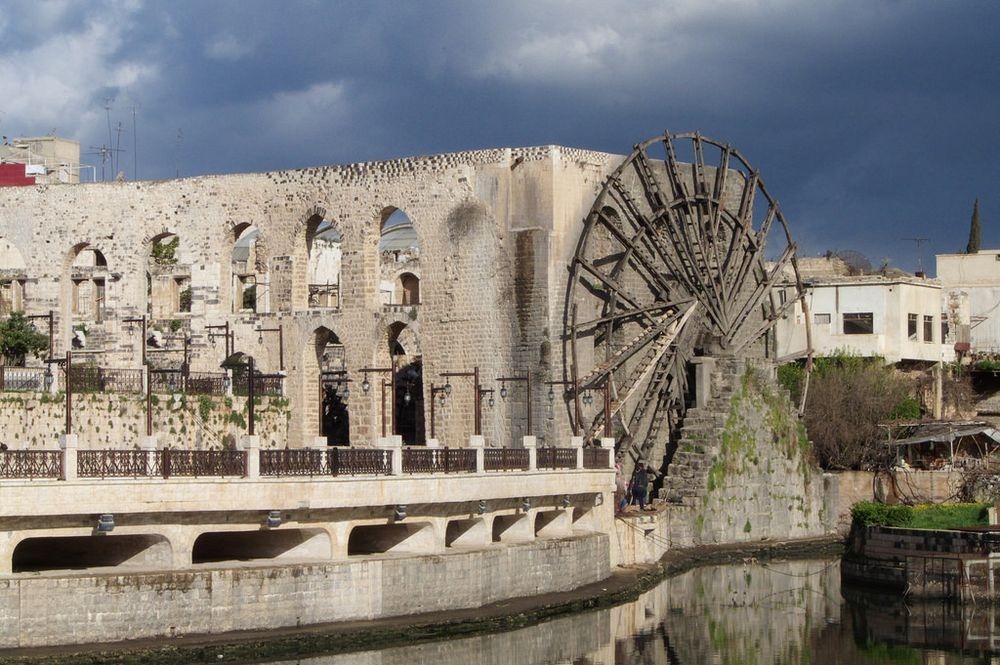 It’s difficult to say when and where the first noria came into existence. Ancient writings of Marcus Vitruvius Pollio, a Roman military engineer, suggests that they might have been invented by the Romans, probably in the 1st century BC. Other sources suggest norias were developed in India in the fifth or fourth century BC, after which the technology spread to the west and China. Another possibility of origin is Greece around the late third or early second century B.C, as ancient manuscripts suggests. 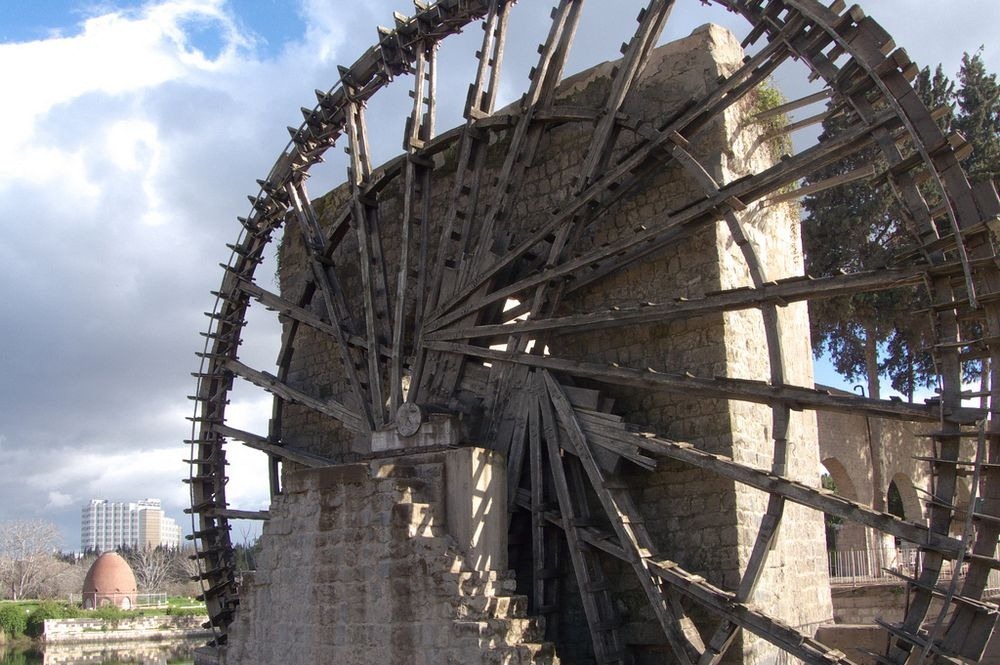 In any case, norias were eventually adopted by Muslim engineers who made certain improvements to the device, for instance, the addition of the flywheel mechanism used to smooth out the delivery of power. Norias became increasingly popular throughout the Middle East. Some of the norias used in the medieval Islamic world were as large as 20 meters in diameter and could lift as much as 2,500 liters of water per minute. The norias at Hama are the largest surviving example of this medieval technology. 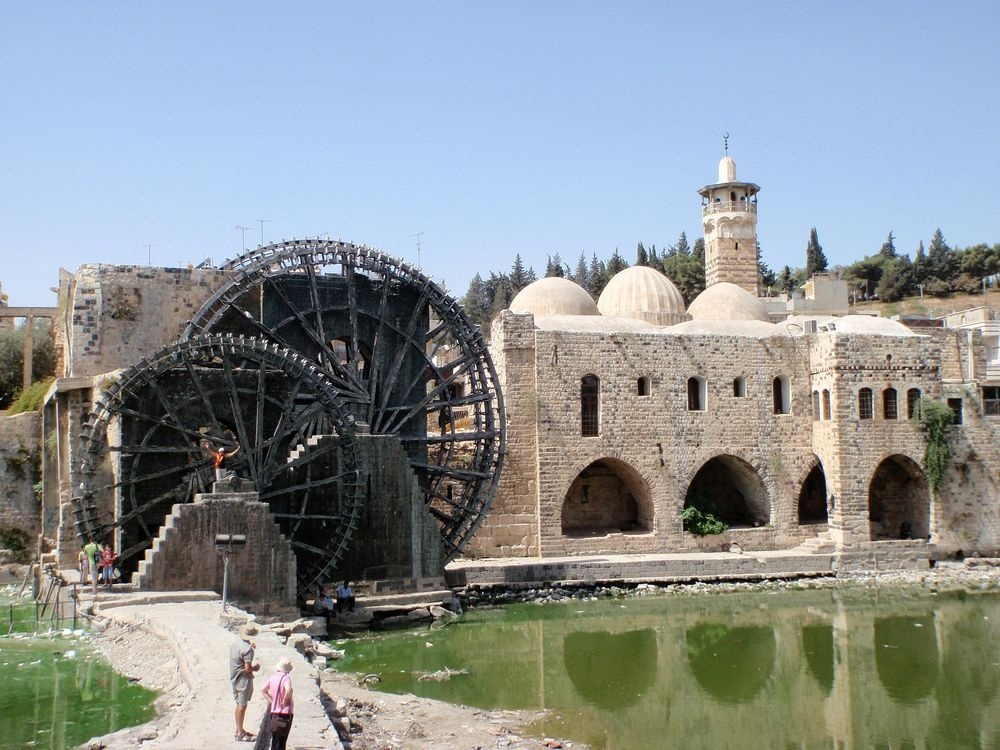 At one point, there were more than thirty norias in Hama, but only 17 of the original water wheels have survived into the 21st century. They are still in good working condition, although the water from these wheels is no longer used. 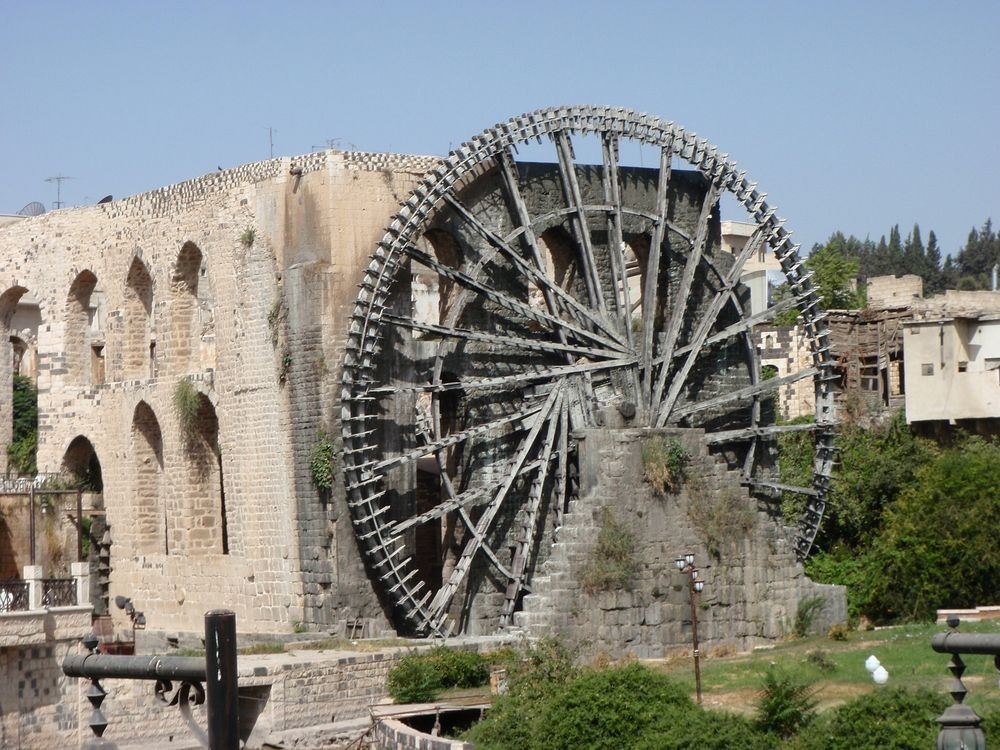