The Grand Prismatic Spring in Yellowstone National Park is the largest hot spring in the United States, and the third largest in the world, after Frying Pan Lake in New Zealand and Boiling Lake in Dominica. It is located in the Midway Geyser Basin.

Grand Prismatic Spring was noted by geologists working in the Hayden Geological Survey of 1871, and named by them for its striking colouration. Its colours match the rainbow dispersion of white light by an optical prism: red, orange, yellow, green, and blue. 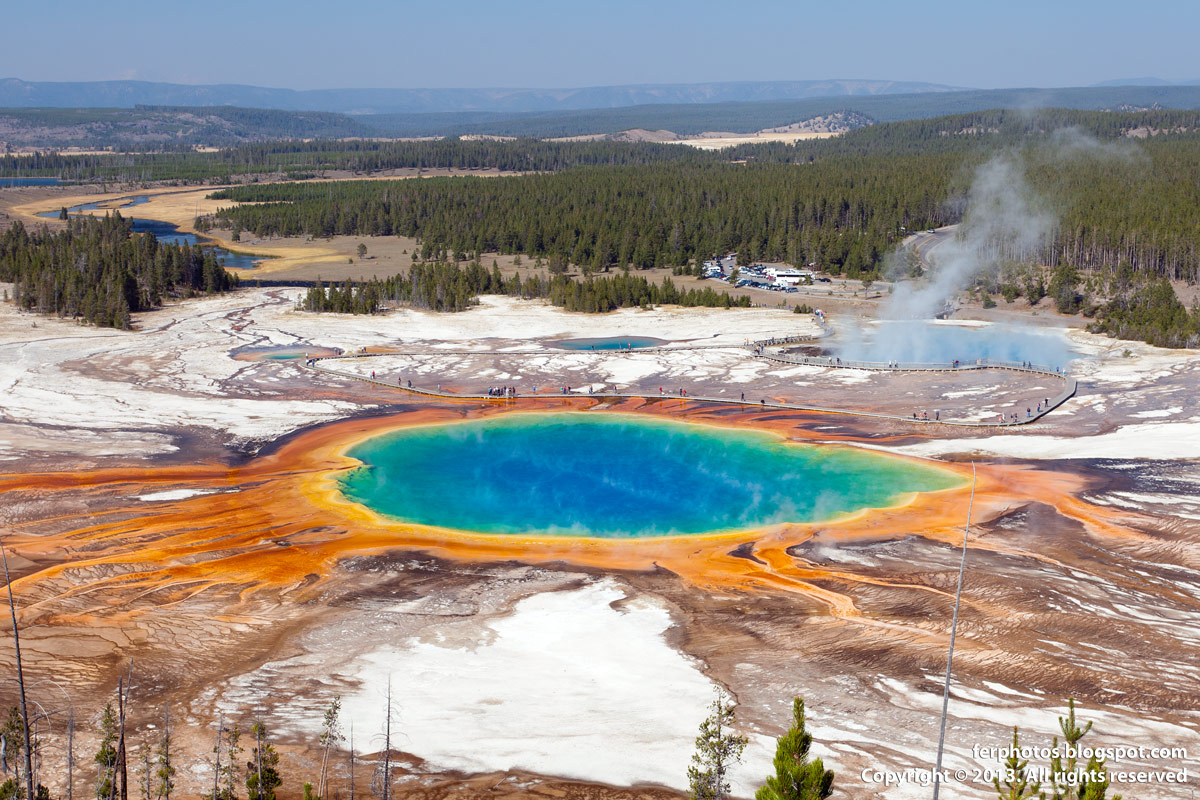 The first records of the spring are from early European explorers and surveyors. In 1839, a group of fur trappers from the American Fur Company crossed the Midway Geyser Basin and made note of a “boiling lake”, most likely the Grand Prismatic Spring, with a diameter of 300 feet (90 m). In 1870 the Washburn-Langford-Doane Expedition visited the spring, noting a 50-foot (15 m) geyser nearby (later named Excelsior).

The vivid colours in the spring are the result of pigmented bacteria in the microbial mats that grow around the edges of the mineral-rich water. The bacteria produce colours ranging from green to red; the amount of colour in the microbial mats depends on the ratio of chlorophyll to carotenoids and on the temperature of the water which favors one bacterium over another. In the summer, the mats tend to be orange and red, whereas in the winter the mats are usually dark green. The center of the pool is sterile due to extreme heat.

The deep blue colour of the water in the center of the pool results from the intrinsic blue colour of water, itself the result of water’s selective absorption of red wavelengths of visible light. Though this effect is responsible for making all large bodies of water blue, it is particularly intense in Grand Prismatic Spring because of the high purity and depth of the water in the middle of the spring.