It’s hard to imagine that under this small metal cap lies the world’s deepest borehole. Now surrounded by ruins, the Kola Superdeep Borehole was a scientific project undertaken by the Soviet Union in the 1970s to better understand the Earth’s crust. The crust is the earth’s outermost layer. It is a thin shell in comparison to the earth’s dimension—about 30 to 50 kilometers thick and is made of light rocks such as granite and basalt. The crust floats above the Earth’s mantle, the semi-solid mass of molten rocks that make up the bulk of the planet. Underneath the mantle is believed to lie a solid core of iron.

The first attempt to drill through the crust was undertaken by the United States in the early 1960s. It was an ambitious attempt because the objective was not to simply drill into the crust but to drill all the way through it and into the mantle. In the process, geologists hoped to gain valuable insight into the earth’s age, makeup, and internal processes, as well as to provide answers to the mystery of continental drift, which at the time was still controversial. 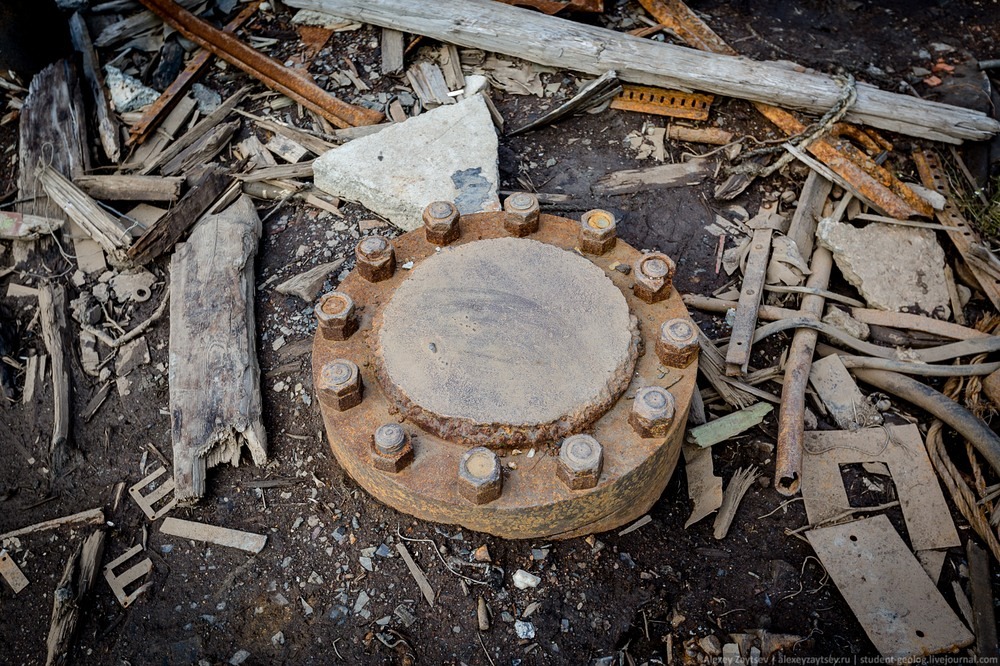 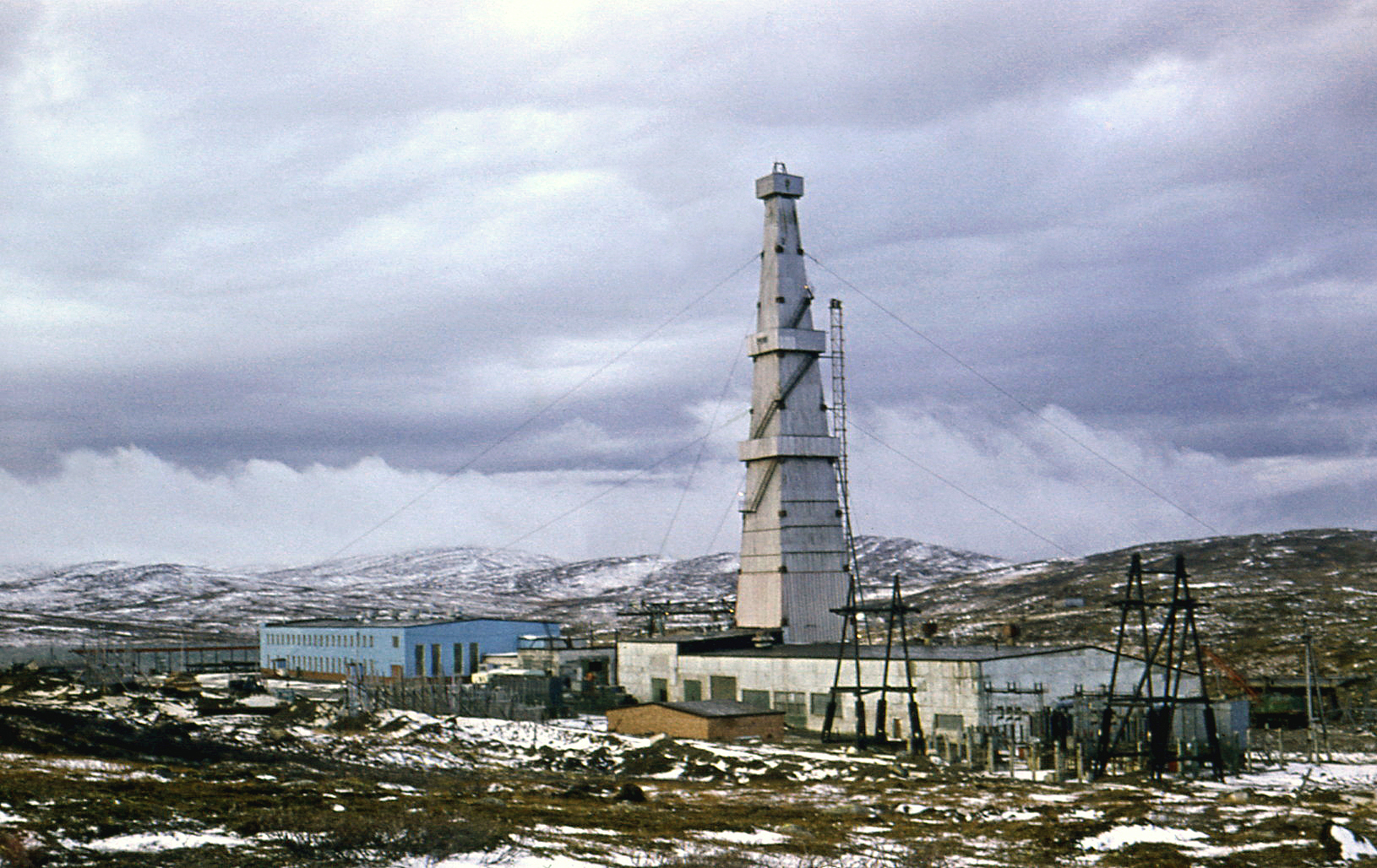 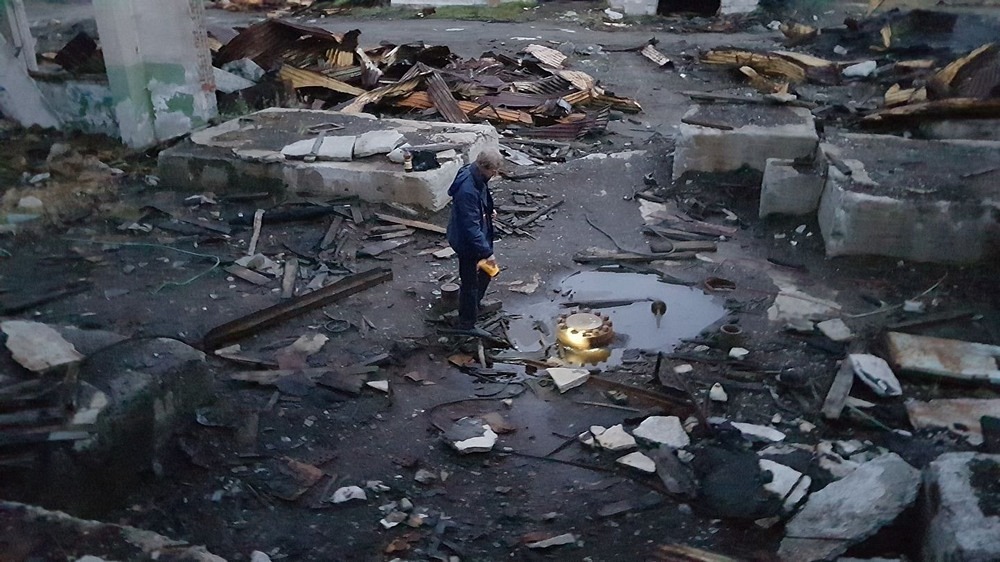 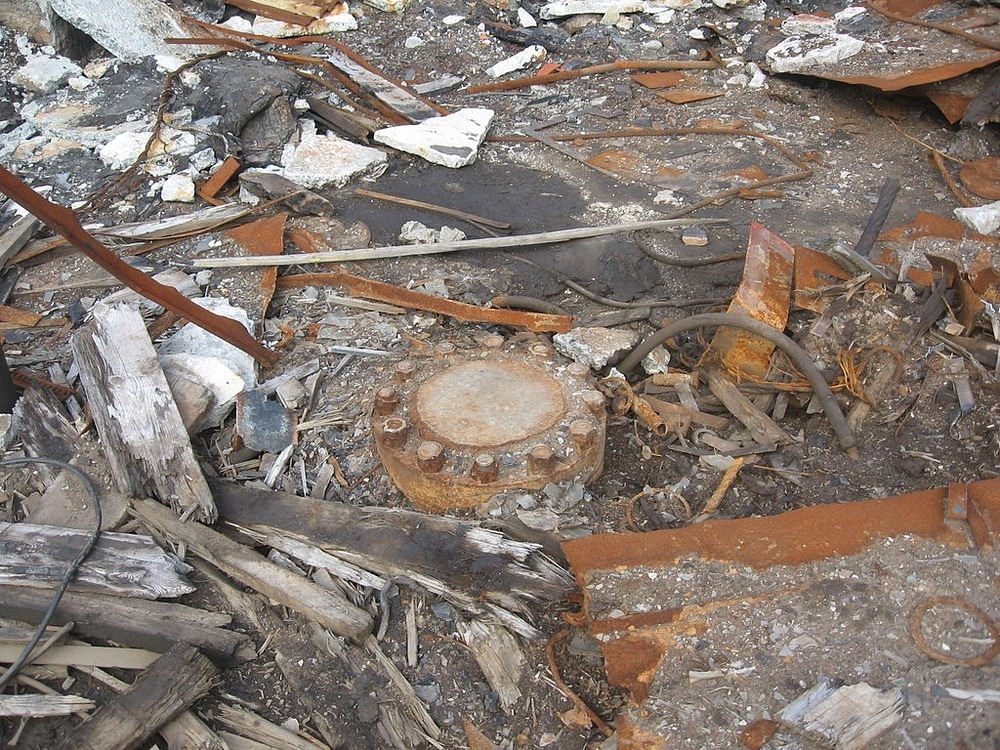 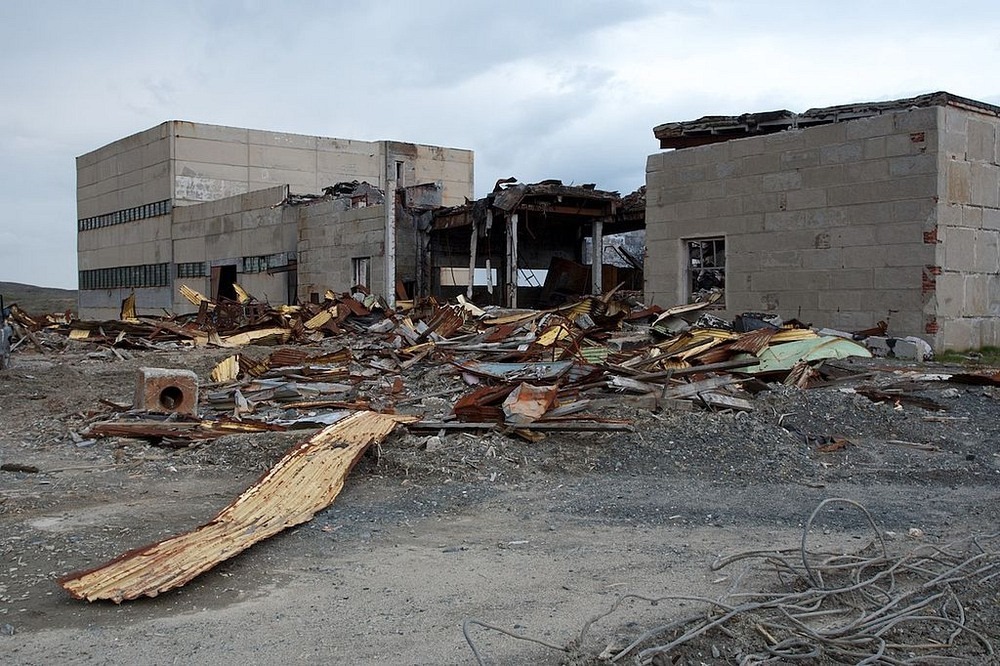 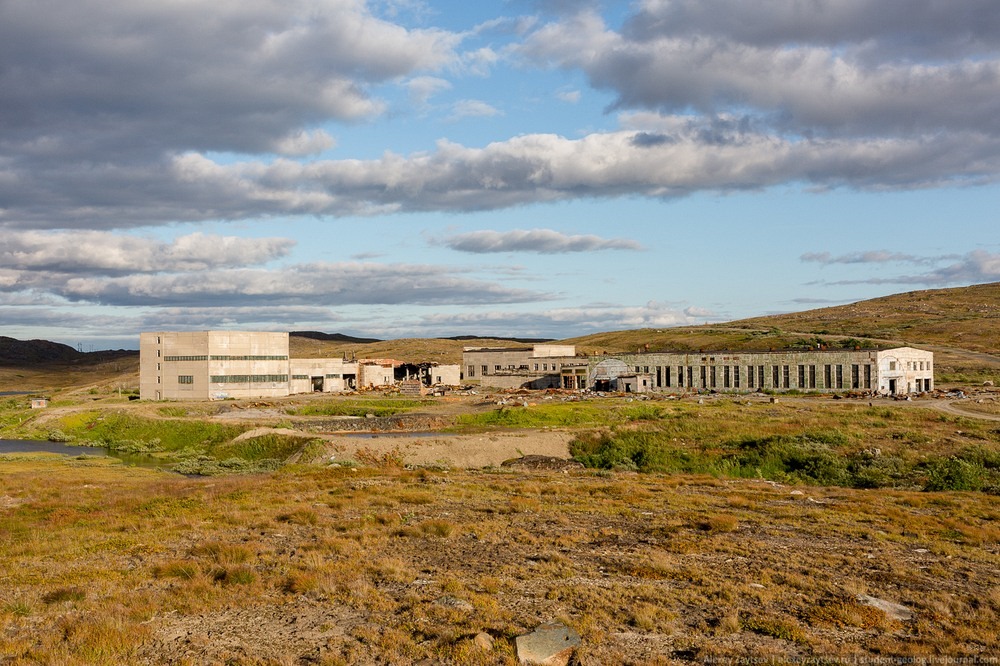 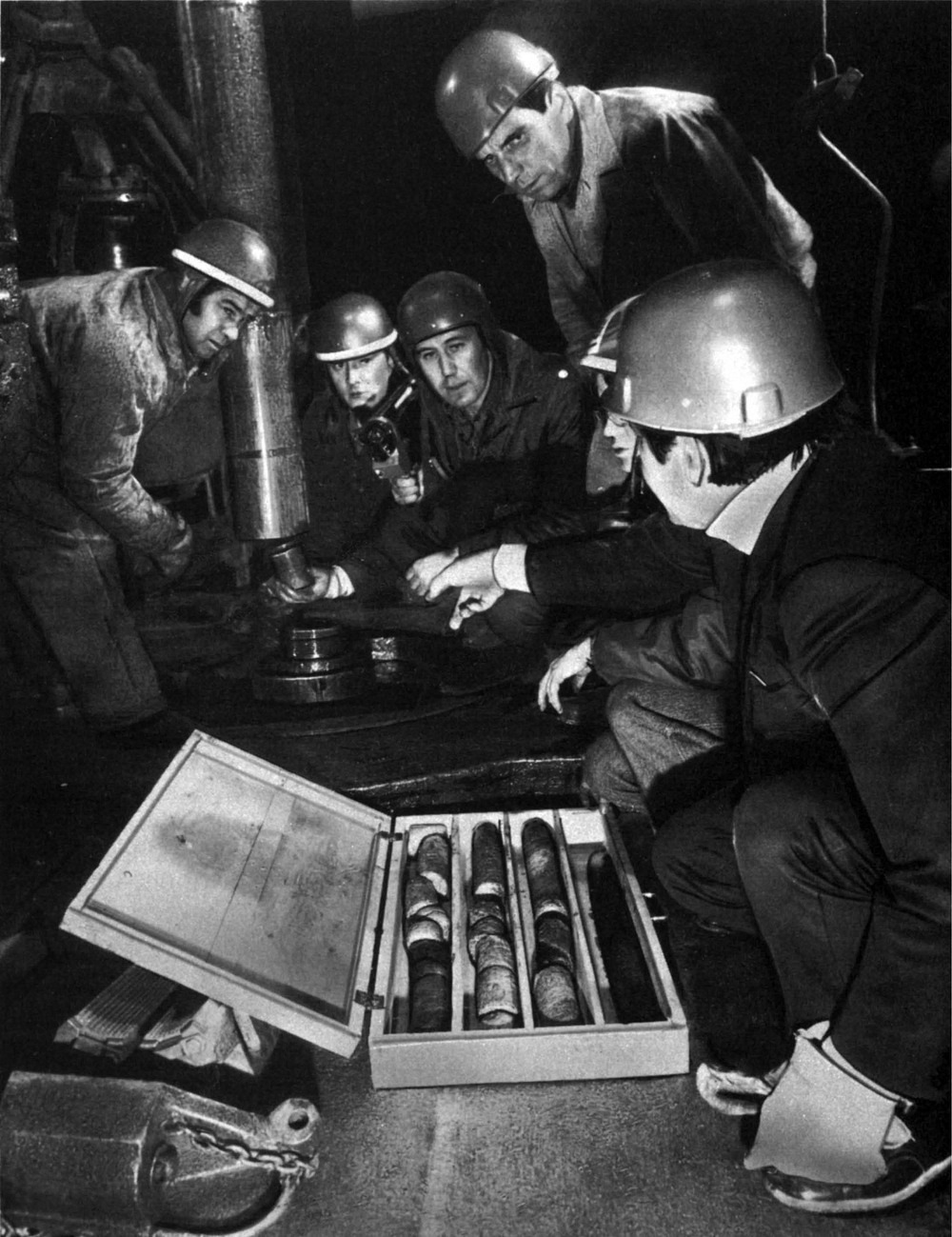 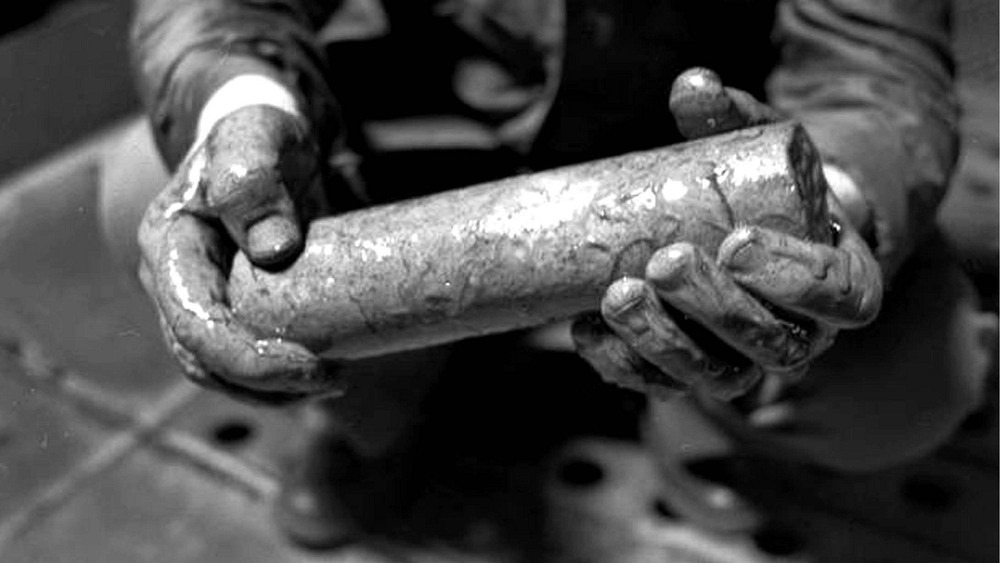 In the spring of 1961, five holes were drilled off the coast of Guadalupe Island, Mexico, under Project Mohole, which was described by one historian as “the earth sciences’ answer to the space program.” It was chosen to drill through the sea floor because the earth’s crust was thinner under the oceans. The hole reached only 183 meters before the government pulled funding and the project was abandoned in 1966.

Five years later, the Soviets decided to take a crack at the crust. Unlike the Americans, the Soviets set a modest target depth of 15 km, but more realistically, they just wanted to see how deep they could go before technical difficulties became insurmountable. Engineers started drilling in the Kola Peninsula, in the far northwest of Russia, in 1971. In 1979, they broke the world depth record held by the Bertha Rogers hole in Oklahoma, United States, at 9,583 meters. In 1983, the drill passed the 12,000 meters mark and Soviet scientists erupted in jubilation. For a year, the drill lay idle as delegates from the scientific community and politicians visited the site to witness the unique drilling project. The rusty drill bit used to drill to the unprecedented depth was displayed to those who visited. A postage stamp with image of the site and special cancellation envelopes were quickly released.

While everyone was busy celebrating, the drill lay uncared and unrepaired. Consequently, when drilling commenced a year later, a 5-km-section of the drill string twisted and broke off. After all attempts to recover the broken section failed, drilling was restarted from a depth of 7 km. It took another five years to reach its final depth of 12,262 meters. Engineers hoped to reach 15,000 meters by 1993, but the temperature was much higher than expected—about 180 °C—and that wrecked havoc on the equipment, and it was decided that drilling deeper was not feasible. Since the purpose of the borehole was to understand the nature of the earth’s crust, the deep drilling experiment was hailed as a success because of the interesting facts that came to the surface. Scientists expected to find the so-called boundary of granite to basalt at a depth of about 7 km. Instead they found a fractured area that had been thoroughly saturated with liquid water, which was a surprising find given the enormous depth. They also found microscopic plankton fossils at depths of 6 kilometers. Another unexpected discovery was a large quantity of hydrogen gas. The mud that flowed out of the hole was described as “boiling” with hydrogen. Another ultra-deep drilling project commenced in Bavaria in 1990 where German engineers drilled to a depth 9,101 meters. Like the Kola Superdeep Borehole, the German Continental Deep Drilling Programme too encountered unusually high temperatures of more than 260 °C. At that temperature and pressure, the rocks behave like fluid and it’s very difficult to keep the borehole open.