Ilha da Queimada Grande, also known as Snake Island, one of many Snake Islands around the world, is an island off the coast of Brazil in the Atlantic Ocean. It is administered as part of the municipality of Itanhaém in the State of São Paulo. The island is small in size and has many different types of terrain, ranging from bare rock to rainforest. The island has a temperate climate. The island is the only home of the critically endangered, venomous Bothrops insularis (golden lancehead pit viper), which has a diet of birds. The snakes became trapped on the island when rising sea levels covered up the land that connected it to the mainland. This left the snakes to adapt to their environment, increase rapidly in population and render the island dangerous to public visitation. Queimada Grande is closed to the public in order to protect this snake population; access is only available to the Brazilian Navy and selected researchers vetted by the Chico Mendes Institute for Biodiversity Conservation, the Brazilian federal conservation unit. 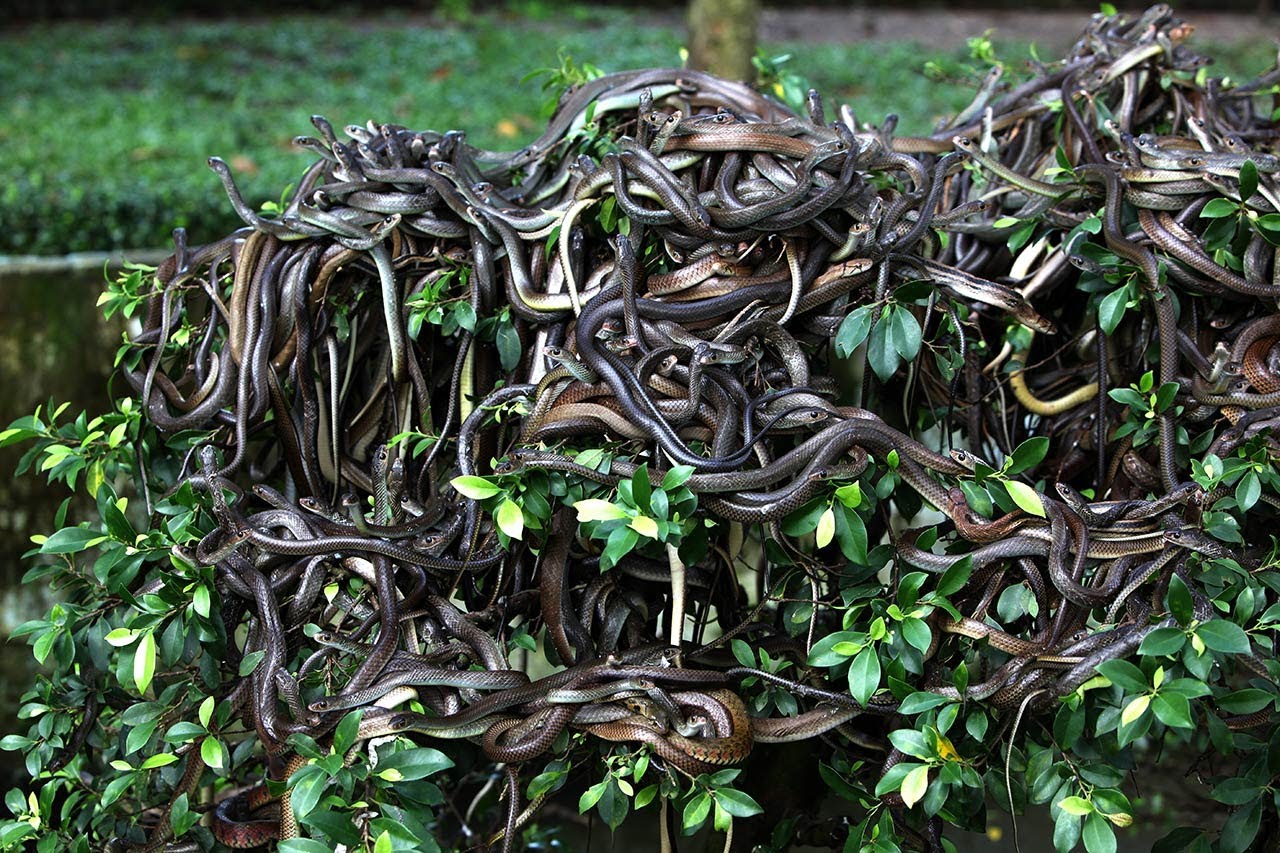 Ilha da Queimada Grande has a variety of vegetation. The island is partly covered in rainforest and partly bare rock and grassy cleared areas, a result of deforestation. The deforestation is the origin of the island’s name: the term “Queimada”, in Portuguese, means to slash and burn because when locals attempted to clear land for a banana plantation on the island, they had to clear rainforest using this technique. A lighthouse was constructed in 1909 to steer ships away from the island. The last human inhabitants left the island when the lighthouse was converted to being automated.

The island and the Ilha Queimada Pequena to the west are protected by the 33 hectares (82 acres) Ilhas Queimada Pequena e Queimada Grande Area of Relevant Ecological Interest, created in 1985. The Brazilian Navy has closed the island to the public and the only people who are allowed on the island are research teams who receive waivers to collect data. 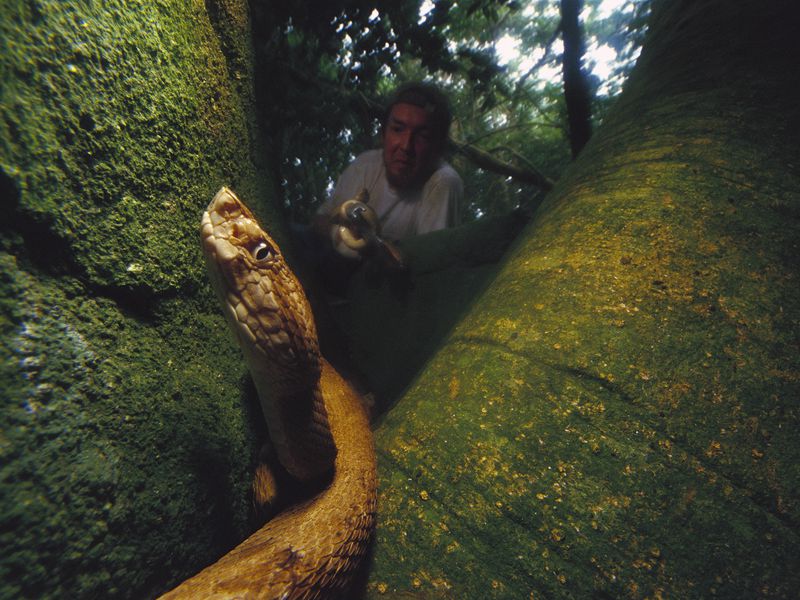