Kaymaklı Underground City is contained within the citadel of Kaymaklı in the Central Anatolia Region of Turkey. First opened to tourists in 1964, the village is about 19 km from Nevşehir, on the Nevşehir-Niğde road. The ancient name was Enegup. The houses in the village are constructed around the nearly one hundred tunnels of the underground city. The tunnels are still used today as storage areas, stables, and cellars. The underground city at Kaymaklı differs from Derinkuyu in terms of its structure and layout. The tunnels are lower, narrower, and more steeply inclined. Of the four floors open to tourists, each space is organized around ventilation shafts. This makes the design of each room or open space dependent on the availability of ventilation. 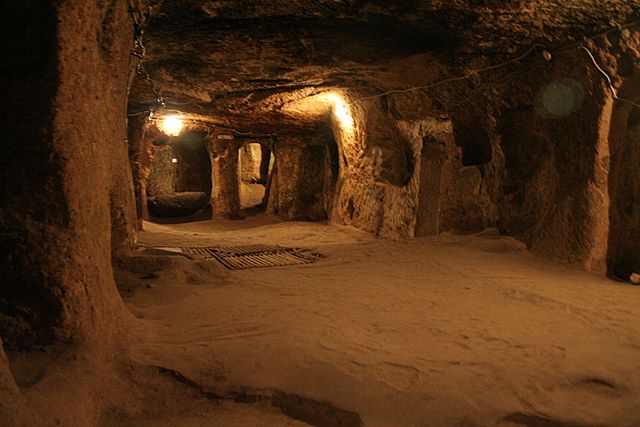 A stable is located on the first floor. The small size of the stable could indicate that other stables exist in the sections not yet opened. To the left of the stable is a passage with a millstone door. The door leads into a church. To the right of the stables are rooms, possibly living spaces.

Located on the second floor is a church with a nave and two apses. Located in front of the apses is a baptismal font, and on the sides along the walls are seating platforms. Names of people contained in graves here coincide with those located next to the church, which supports the idea that these graves belonged to religious people. The church level also contains some living spaces. 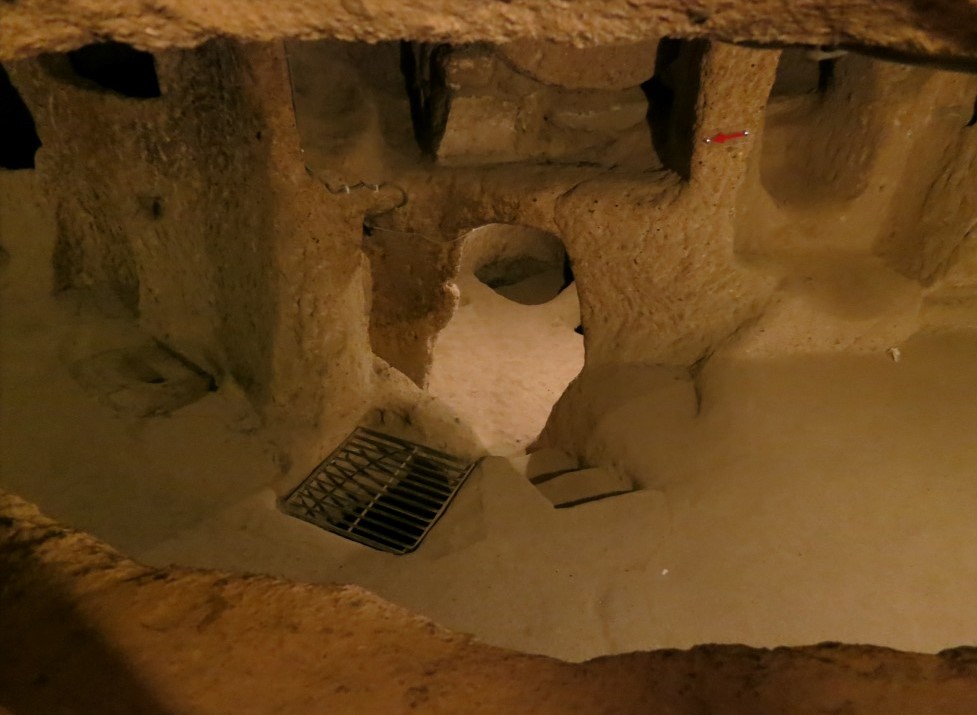 The third floor contains the most important areas of the underground compound: storage places, wine or oil presses, and kitchens. The level also contains a remarkable block of andesite with relief textures. Recently it was shown that this stone was used for cold-forming copper. The stone was hewn from an andesite layer within the complex. In order for it to be used in metallurgy, fifty-seven holes were carved into the stone. The technique was to put copper into each of the holes (about 10 centimetres (3.9 in) in diameter) and then to hammer the ore into place. The copper was probably mined between Aksaray and Nevsehir. This mine was also used by Asilikhoyuk, the oldest settlement within the Cappadocia Region. 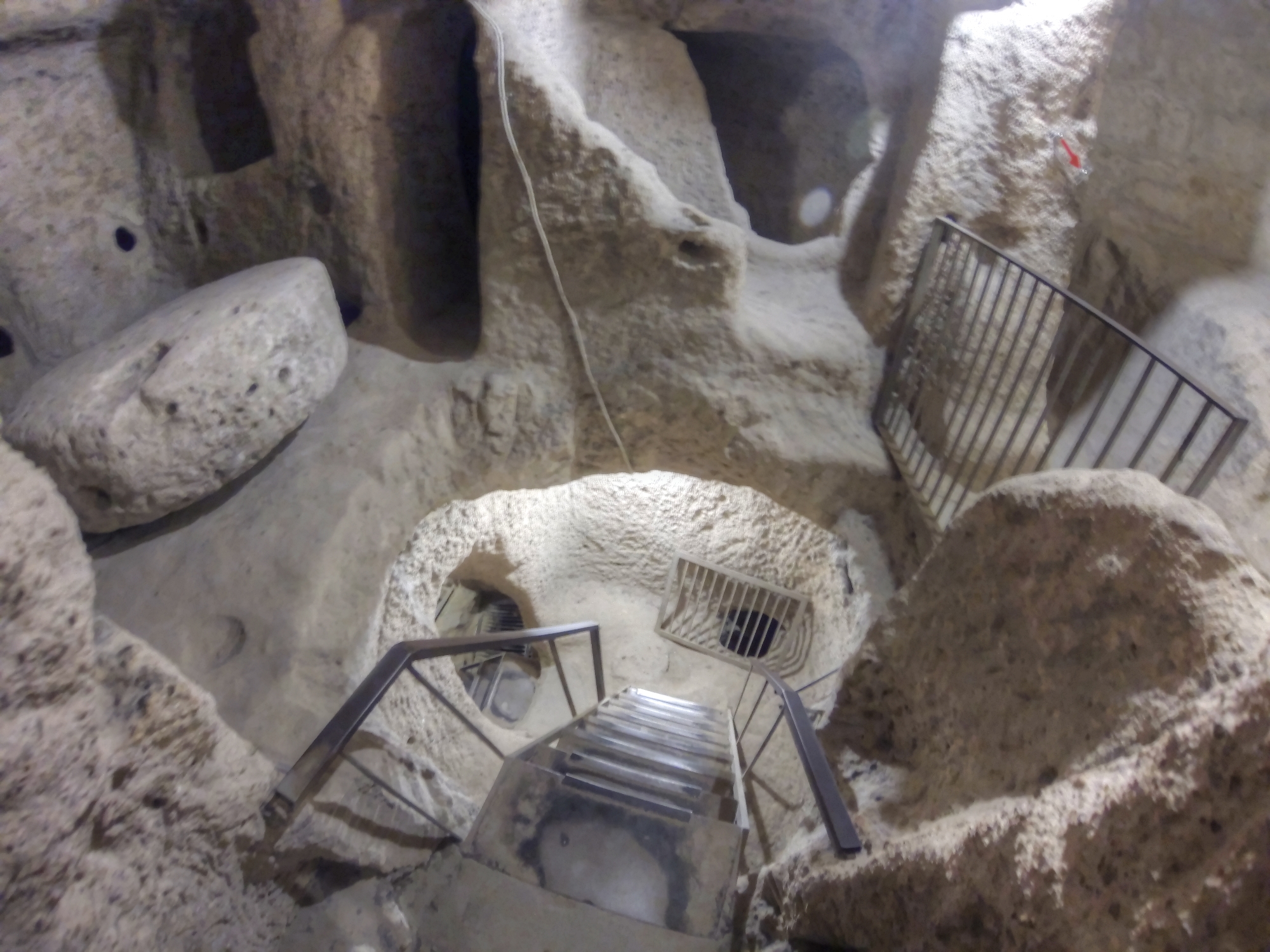 The high number of storage rooms and areas for earthenware jars on the fourth floor indicates some economic stability. Kaymaklı is one of the largest underground settlements in the region. The large area reserved for storage in such a limited area appears to indicate the need to support a large population underground. Currently only a fraction of the complex is open to the public. 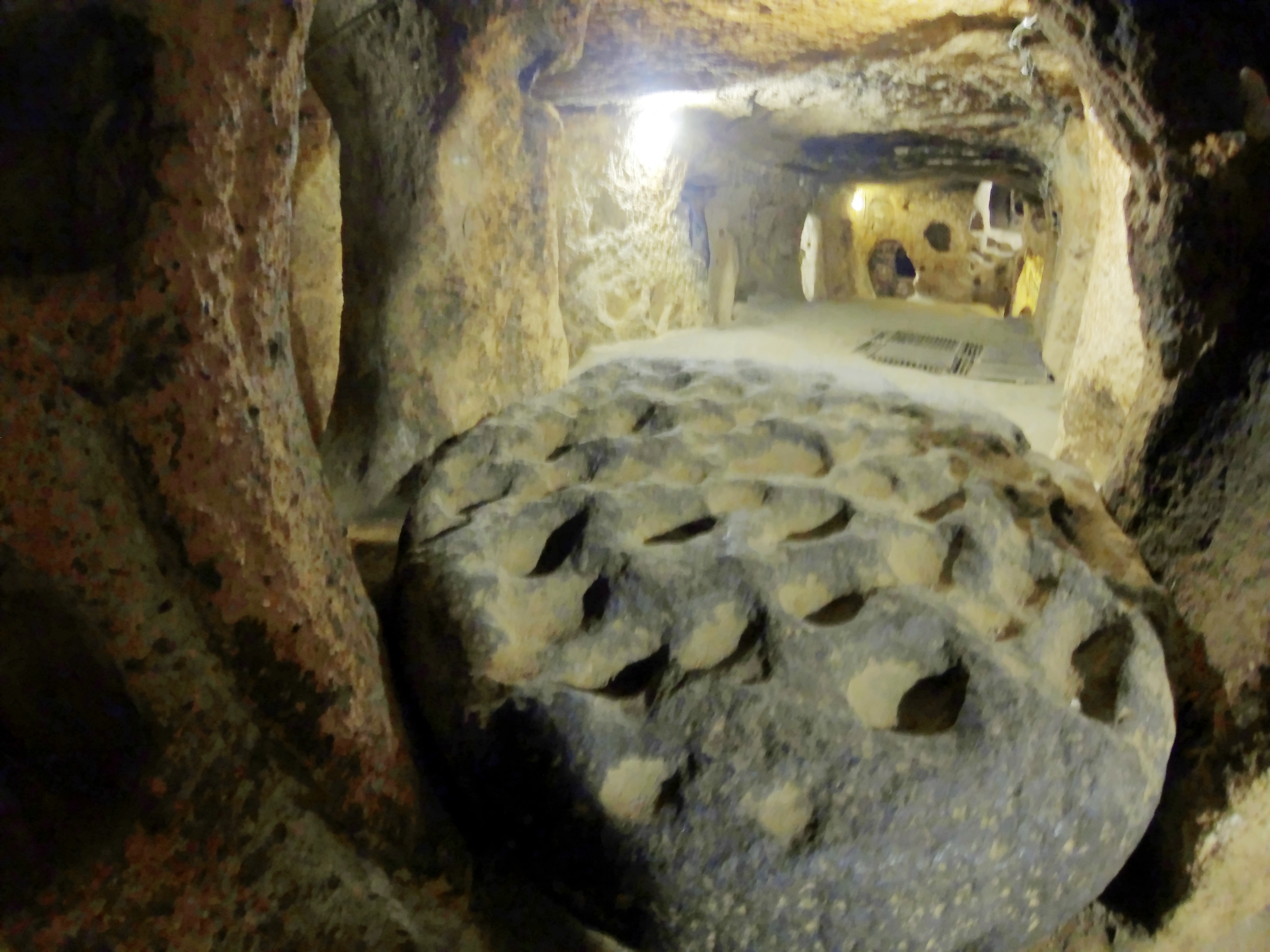