Özkonak Underground City is an ancient city built on the northern slopes of Mt. Idis about 14 km northeast of Avanos in Turkey. The city has many strata made up of volcanic granite its larger areas are connected to each other by tunnels. Özkonak had a built in communication system of pipes to each of its levels, unlike Kaymaklı and Derinkuyu which have no such communication systems. Each carved out room had ventilation provided by holes when the city was closed against enemies. 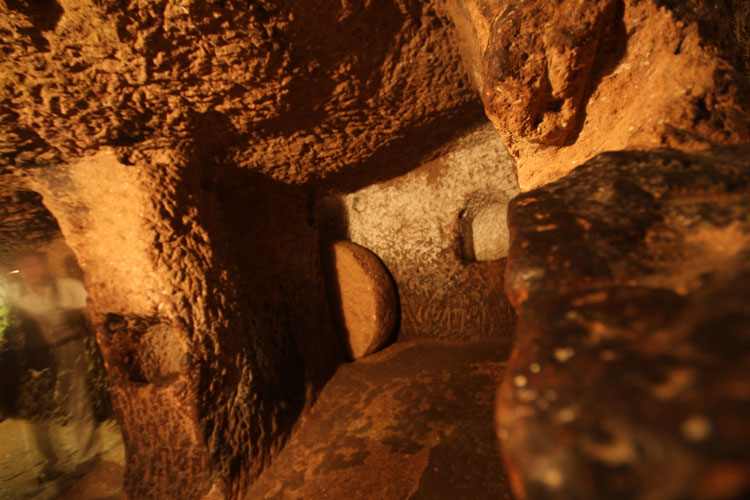 Özkonak Underground City was discovered in 1972 by a local farmer named Latif Acar, who was curious about where his excess crop water was disappearing to. Latif discovered an underground room which, when later excavated, revealed a whole city which could house 60,000 people for up to three months. Although only four floors are now open, the complex contains a total of ten floors, to a depth of 40m. 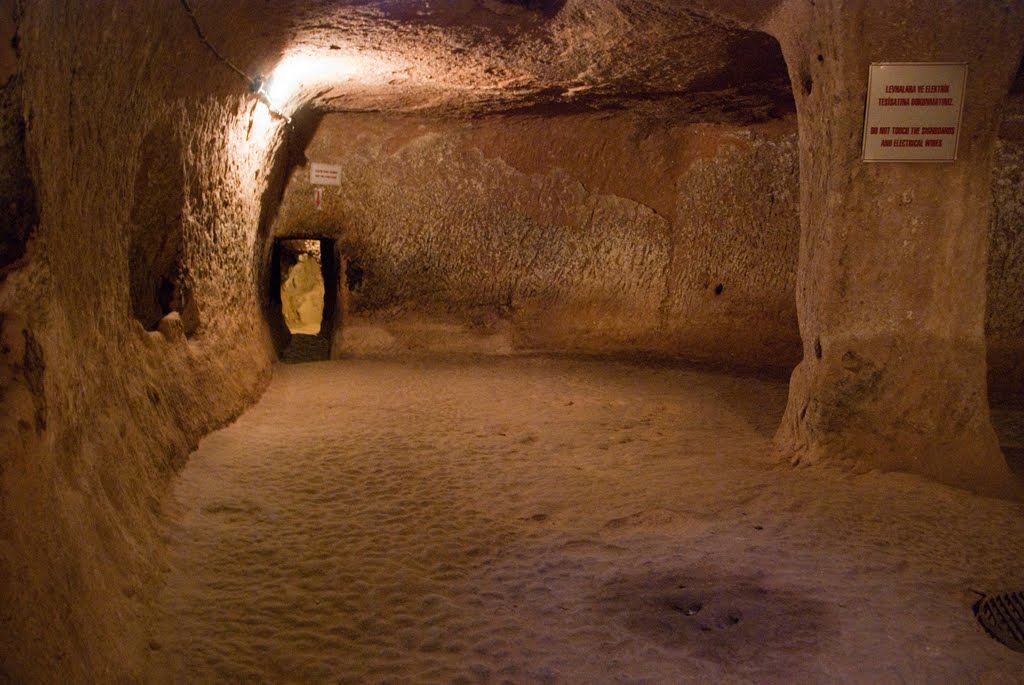 Unlike the other underground cities in this area, there were holes above the tunnels used for dumping hot oil on the enemy. Just like Kaymaklı and Derinkuyu, Özkonak has a water well, ventilation system, winery and moving stone doors. 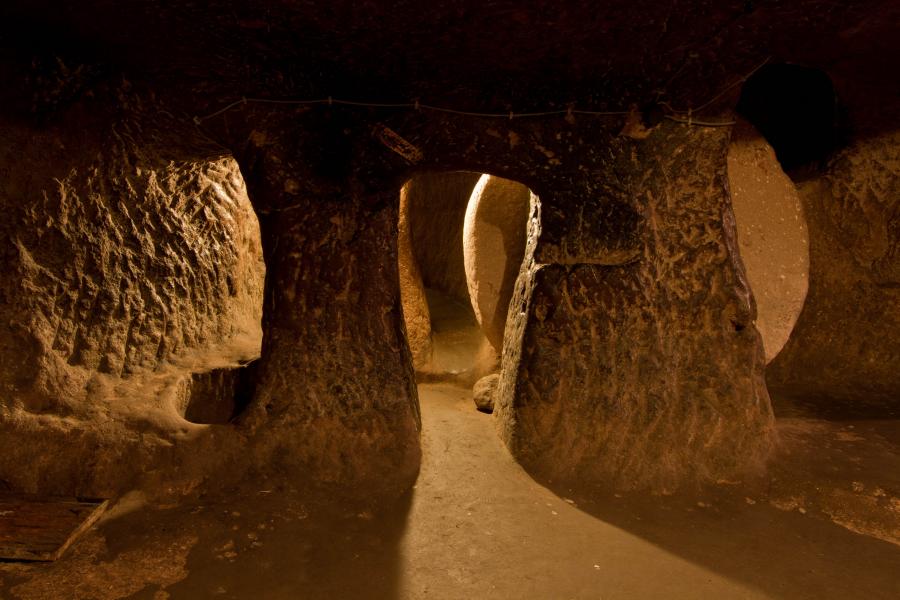 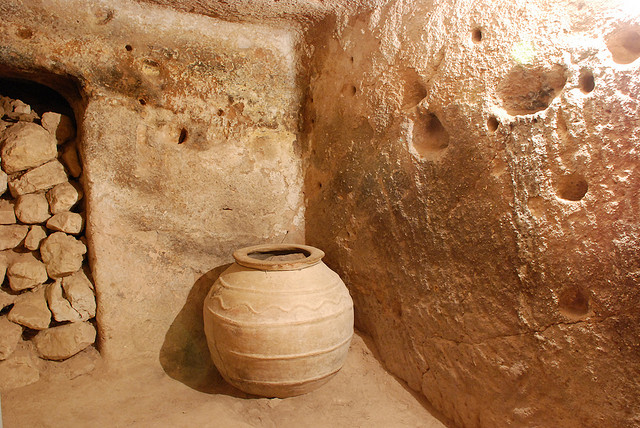