Khirokitia (sometimes spelled Choirokoitia; Greek: Χοιροκοιτία [çiɾo̞ciˈti.a]) is an archaeological site on the island of Cyprus dating from the Neolithic age. It has been listed as a World Heritage Site by UNESCO since 1998. The site is known as one of the most important and best preserved prehistoric sites of the eastern Mediterranean. Much of its importance lies in the evidence of an organised functional society in the form of a collective settlement, with surrounding fortifications for communal protection. The Neolithic aceramic period is represented by this settlement and around 20 other similar settlements spread throughout Cyprus. 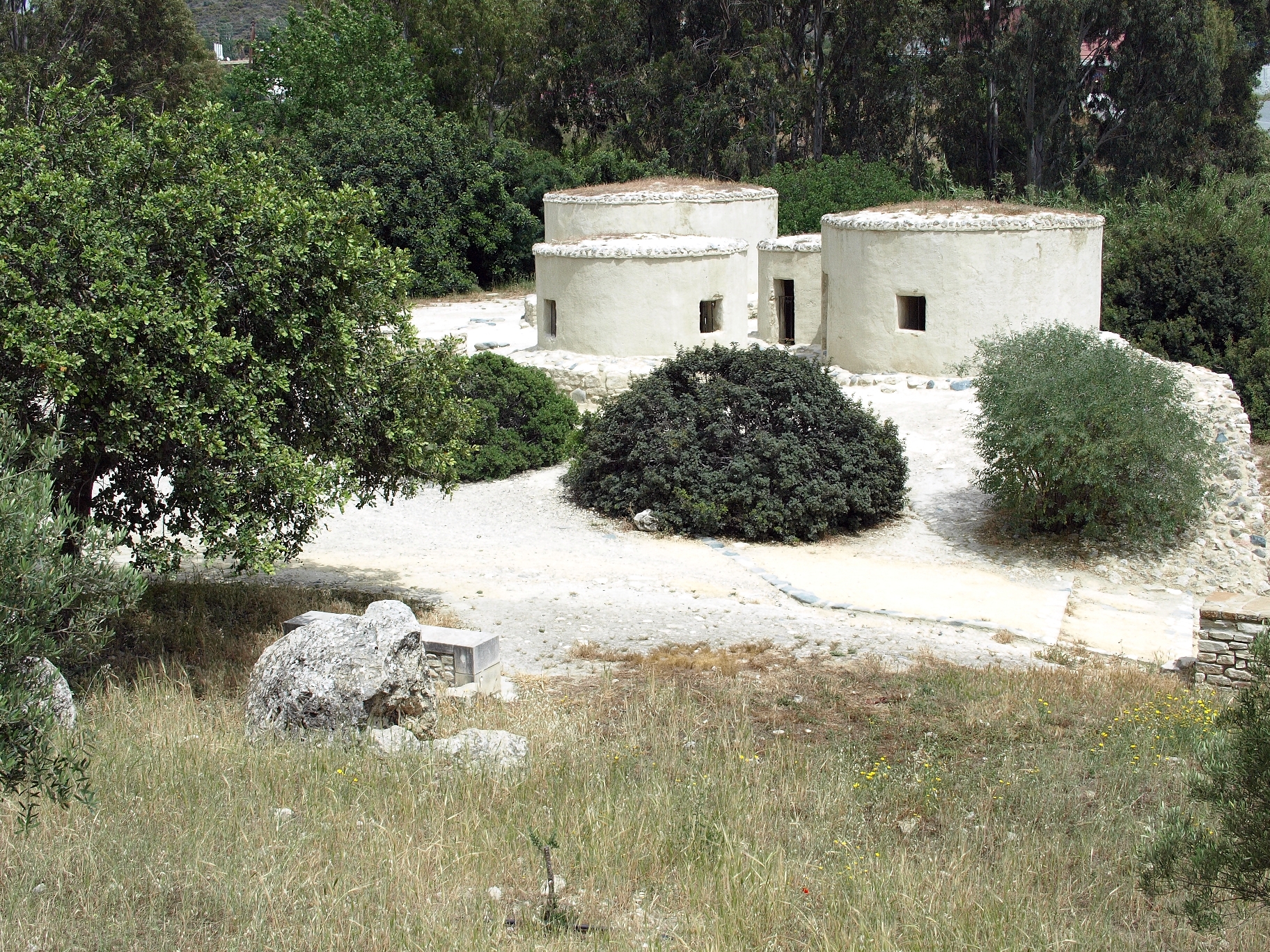 The site was discovered in 1934 by Porphyrios Dikaios, director of the Cyprus Department of Antiquities who carried out six excavations between 1934 and 1946. His initial findings were published in The Journal of Hellenic Studies in 1934. Further excavations were then held in the early 70’s but were interrupted by the Turkish invasion of the island. A French mission under the direction of Alain Le Brun resumed excavation of the site in 1977. It was occupied from the 7th until the 4th millennium BC.

The settlement of Khirokitia is situated on the slope of a hill in the valley of the Maroni River towards the southern coast of the island about 6 km from the sea. Subsistence methods practiced by its Neolithic inhabitants included farming crops, herding sheep and goats, and raising pigs. It is a closed village, cut off from the outside world, apart from by the river, by a strong wall of stones 2.5 m thick and 3 m at its highest preserved level. Access into the village was probably via several entry points through the wall. The buildings within this wall consist of round structures huddled close together. The lower parts of these buildings are often of stone and attain massive proportions by constant additions of further skins of stones. Their external diameter varies between 2.3 m and 9.20 m while the internal diameter is only between 1.4 m and 4.80 m. A collapsed flat roof of one building found recently indicates that not all roofs were dome shaped as was originally believed. 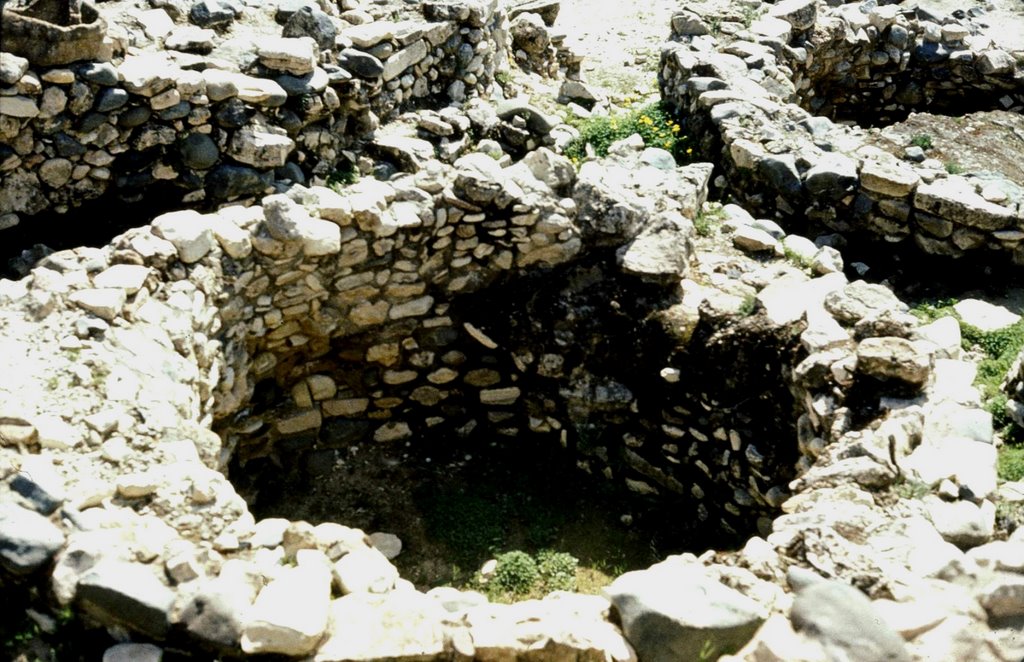 The internal divisions of each hut were according to the purpose of its usage. Low walls, platforms designated work, rest or storage areas. They had hearths presumably used for cooking and heating, benches and windows and in many cases there is evidence of piers to support an upper floor. It is believed that the huts were like rooms several of which were grouped around an open courtyard and together formed the home. The population of the village at any one time is thought not to have exceeded 300 to 600 inhabitants. The people were rather short – the men about 5′ 3″ on average and the women about 4′ 11″. Infant mortality was very high. On average adult men reached 35 years of age and women 33. The dead were buried in crouched positions just under the floors of the houses. In some instances provision was made for offerings, possibly indicating a form of Ancestor cult within the households. This, the earliest known culture in Cyprus, consisted of a well-organised, developed society mainly engaged in farming, hunting and herding. Farming was mainly of cereal crops. They also picked the fruit of trees growing wild in the surrounding area such as pistachio nuts, figs, olives and prunes. The four main species of animals whose remains were found on the site were deer, sheep, goats and pigs. The village of Choirokoitia was suddenly abandoned for reasons unknown at around 6000 BC and it seems that the island remained uninhabited for about 1500 years until the next recorded entity, the Sotira group.