The Post Office Railway, known as Mail Rail since 1987, is a 2 ft (610 mm) narrow gauge, driverless underground railway in London that was built by the Post Office with assistance from the Underground Electric Railways Company of London, to move mail between sorting offices. Inspired by the Chicago Tunnel Company, it operated from 1927 until 2003. A museum within the former railway was opened in September 2017.

The line ran from Paddington Head District Sorting Office in the west to the Eastern Head District Sorting Office at Whitechapel in the east, a distance of 6.5 miles (10.5 km). It had eight stations, the largest of which was underneath Mount Pleasant, but by 2003 only three stations remained in use because the sorting offices above the other stations had been relocated.

In 1911, a plan evolved to build an underground railway 6 1/2 miles (10.5 km) long from Paddington to Whitechapel serving the main sorting offices along the route; road traffic congestion was causing unacceptable delays. The contract to build the tunnels was won by John Mowlem and Co. Construction of the tunnels started in February 1915 from a series of shafts. Most of the line was constructed using the Greathead shield system, with limited amounts of hand-mining for connecting tunnels at stations.

The main line has a single 9-foot (2.7 m) diameter tube with two tracks. Just before stations, tunnels diverge into two single-track 7-foot (2.1 m) diameter tunnels leading to two parallel 25-foot (7.6 m) diameter station tunnels. The main tube is at a depth of around 70 feet (21 m). Stations are at a much shallower depth, with a 1-in-20 gradient into the stations. The gradients assist in slowing the trains when approaching stations, and accelerating them away. There is also less distance to lift mail from the stations to the surface. At Oxford Circus the tunnel runs close to the Bakerloo line tunnel of the London Underground.

During 1917, work was suspended due to the shortage of labour and materials. By June 1924, track laying had started. In February 1927, the first section, between Paddington and the West Central District Office, was made available for training. The line became available for the Christmas parcel post in 1927 and letters were carried from February 1928.

In 1954, plans were developed for a new Western District Office at Rathbone Place, which required a diversion, opening in 1958. It was not until 3 August 1965 that the new station and office were opened by the Postmaster General, Anthony Wedgwood-Benn. The disused section was used as a store tunnel; some parts of it still have the track in place. 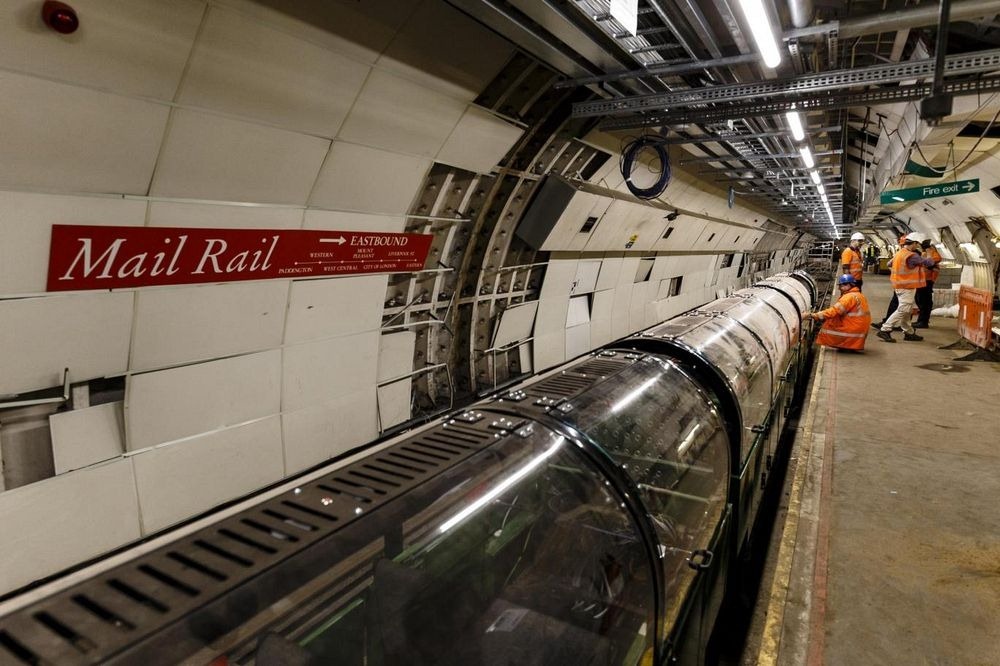 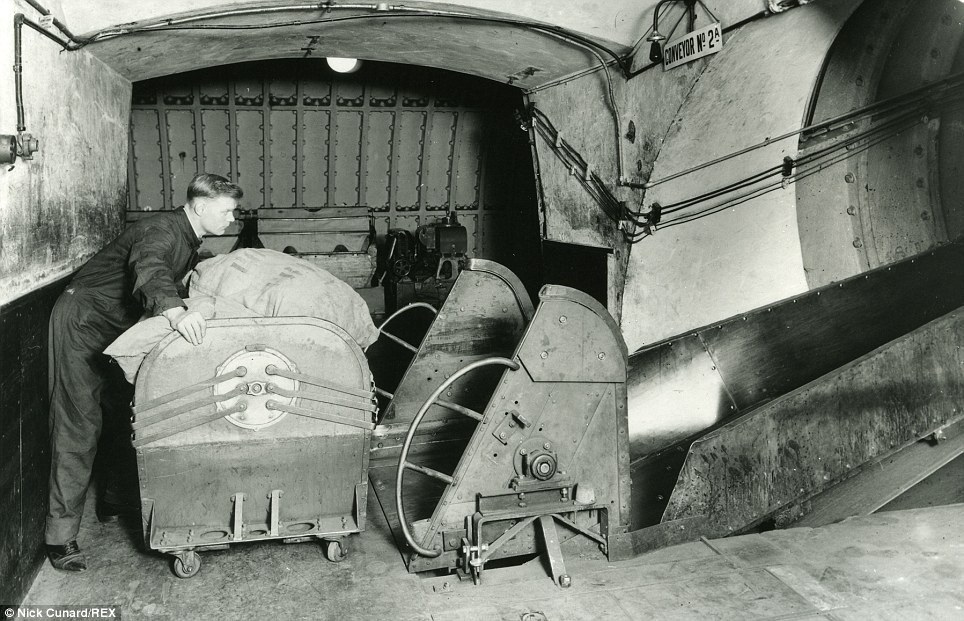 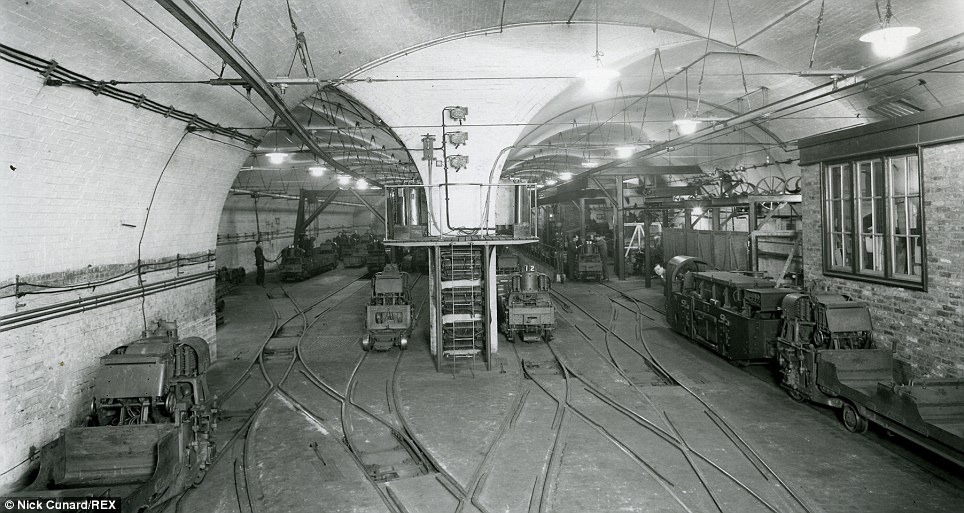 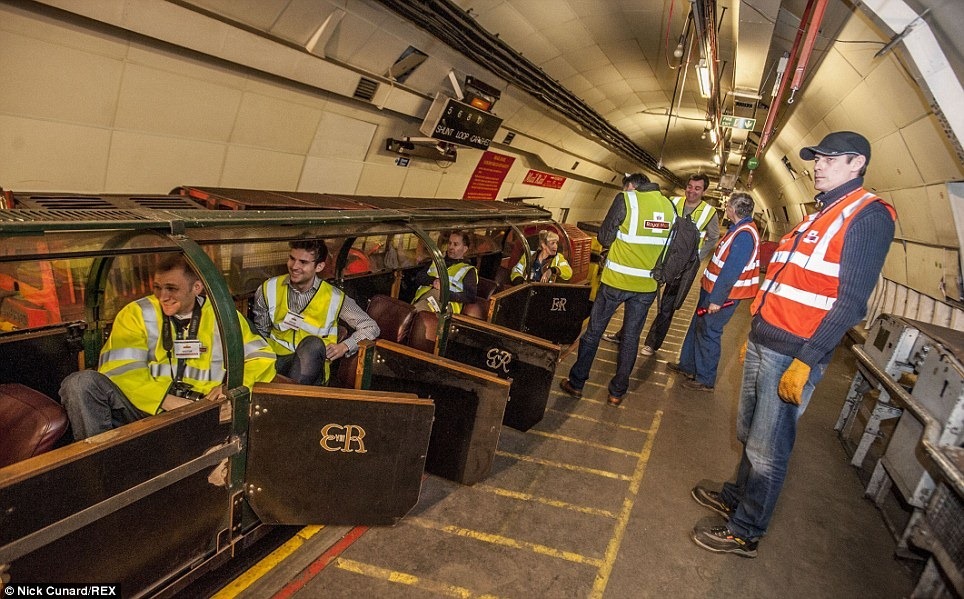 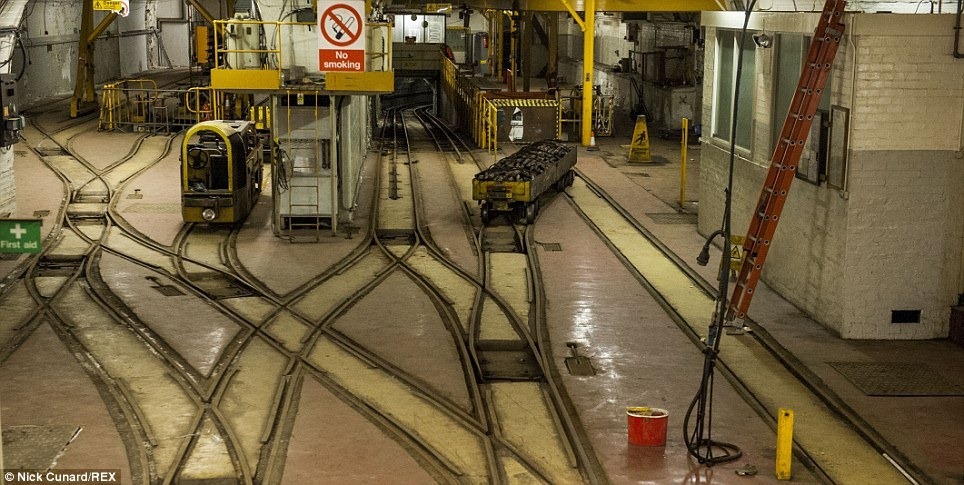 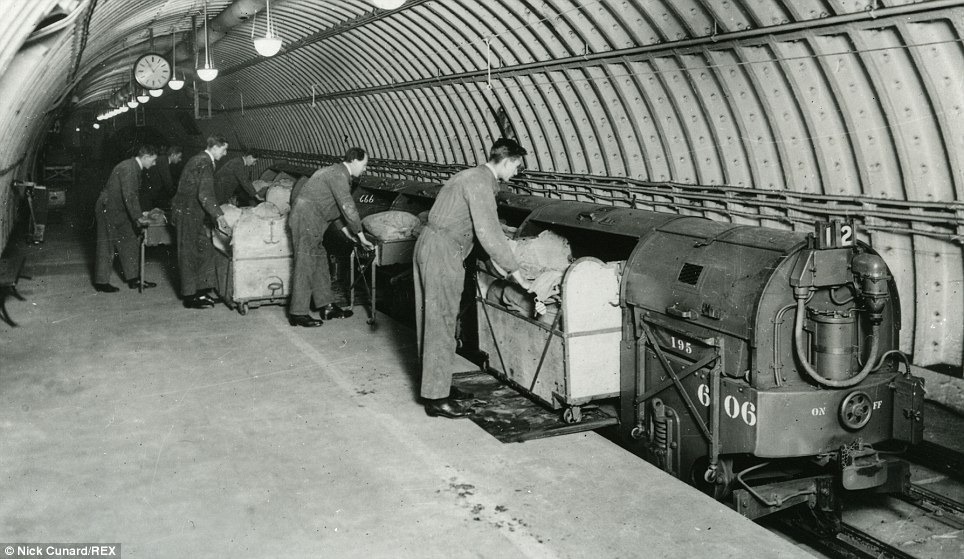 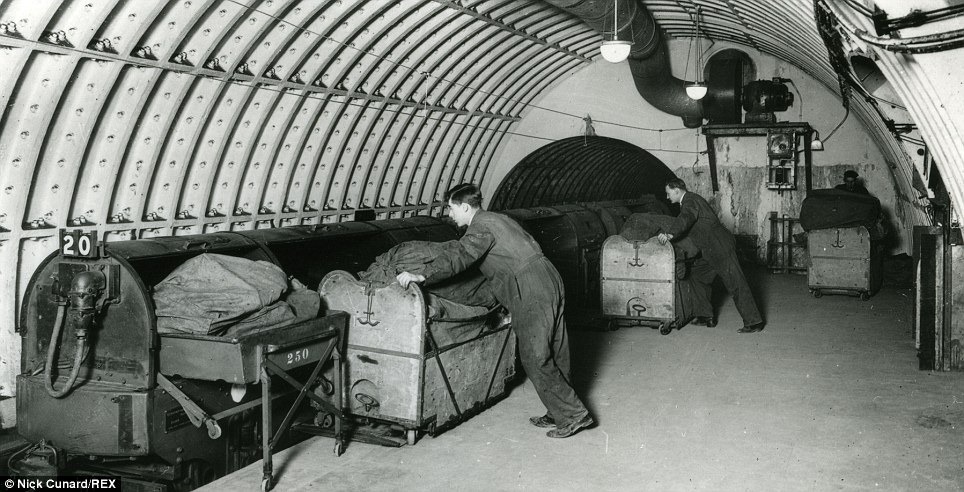 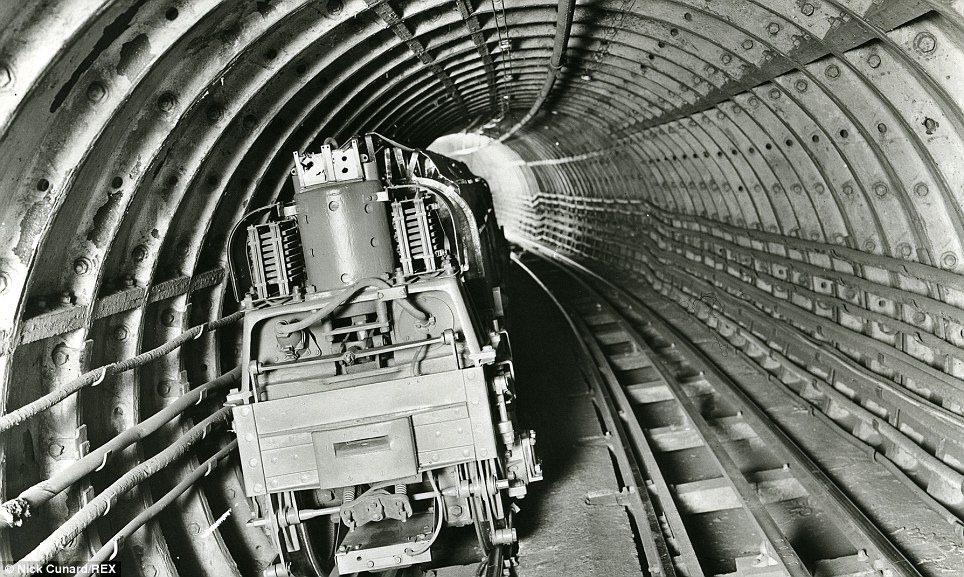 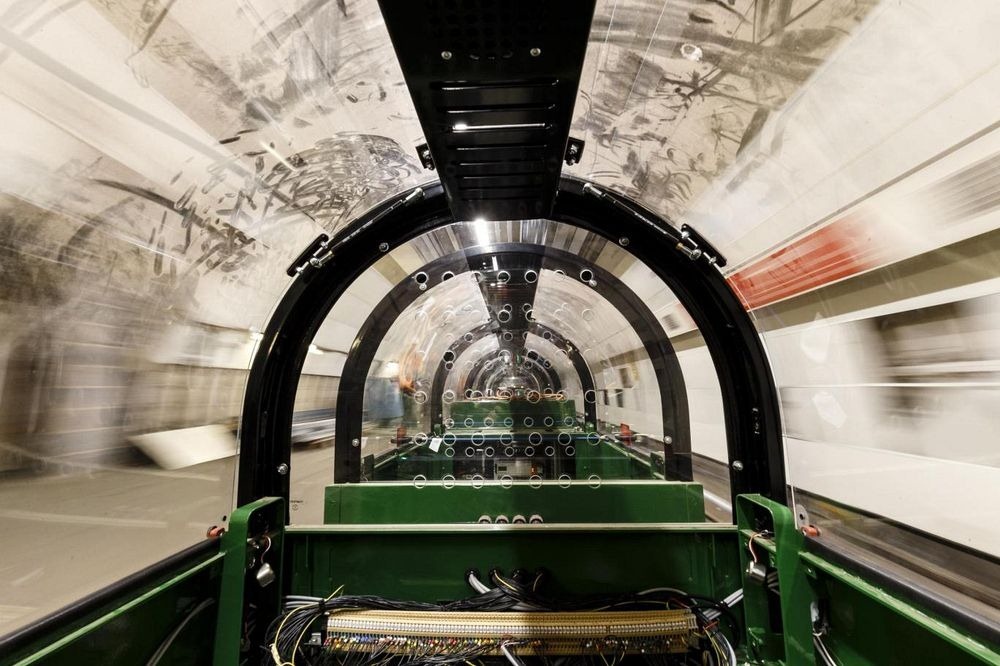 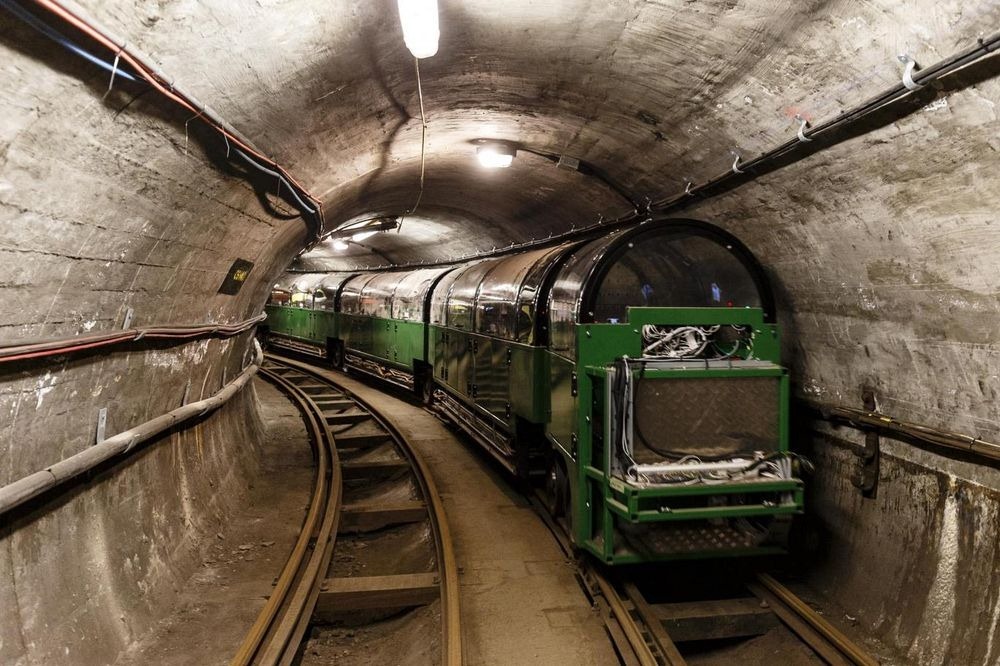 A Royal Mail press release in April 2003 said that the railway would be closed and mothballed at the end of May that year. Royal Mail had earlier stated that using the railway was five times more expensive than using road transport for the same task. The Communication Workers Union claimed the actual figure was closer to three times more expensive but argued that this was the result of a deliberate policy of running the railway down and using it at only one-third of its capacity. Despite a report by the Greater London Authority in support of continued use, the railway was closed in the early hours of 31 May 2003.

In April 2011, an urban exploration group called the “Consolidation Crew” published accounts of illicit access to the tunnels. Detailed photography and text revealed that the railway is still largely in good condition, despite some natural decay. More recently, media have been admitted to the tunnels as part of the pre-launch publicity for the Postal Museum. Photographs show much of the infrastructure in place, though doubts are expressed about trains ever running beyond the limits of new Mail Rail tourist attraction.

A team from the University of Cambridge has taken over a short, double track section of unused Post Office tunnel near Liverpool Street Station, where a newly built tunnel for Crossrail is situated some two metres beneath. The study is to establish how the original cast-iron lining sections, which are similar to those used for many miles of railway under London, resist possible deformation and soil movement caused by the new works. Digital cameras, fibre optic deformation sensors, laser scanners and other low-cost instruments, reporting in real time, have been installed in the vacated tunnel. As well as providing information about the behaviour of the old construction materials, the scheme can also provide an early warning if the new tunnel bores are creating dangerous soil movement.

In October 2013, the British Postal Museum & Archive announced it intends opening part of the network to the public. After approval was granted by Islington Council, work on the new museum and the railway began in 2014. Special tourist trains were installed in late 2016. It was planned to open a circular route, running beneath the depot at Mount Pleasant with a journey time of around 15 minutes, by mid-2017. The museum ultimately opened on 5 September.H/T: Wikipedia