Royal Air Force Menwith Hill or more simply RAF Menwith Hill is a Royal Air Force station near Harrogate, North Yorkshire, England which provides communications and intelligence support services to the United Kingdom and the United States of America. The site contains an extensive satellite ground station and is a communications intercept and missile warning site and has been described as the largest electronic monitoring station in the world.

RAF Menwith Hill is commanded by a Royal Air Force Officer, supported by an RAF element, whilst the majority of support services were provided by the United States Air Force, 421st Air Base Group until 2014.

The site acts as a ground station for a number of satellites operated by the US National Reconnaissance Office, on behalf of the US National Security Agency, with antennae contained in a large number of highly distinctive white radomes, and is alleged to be an element of the ECHELON system. 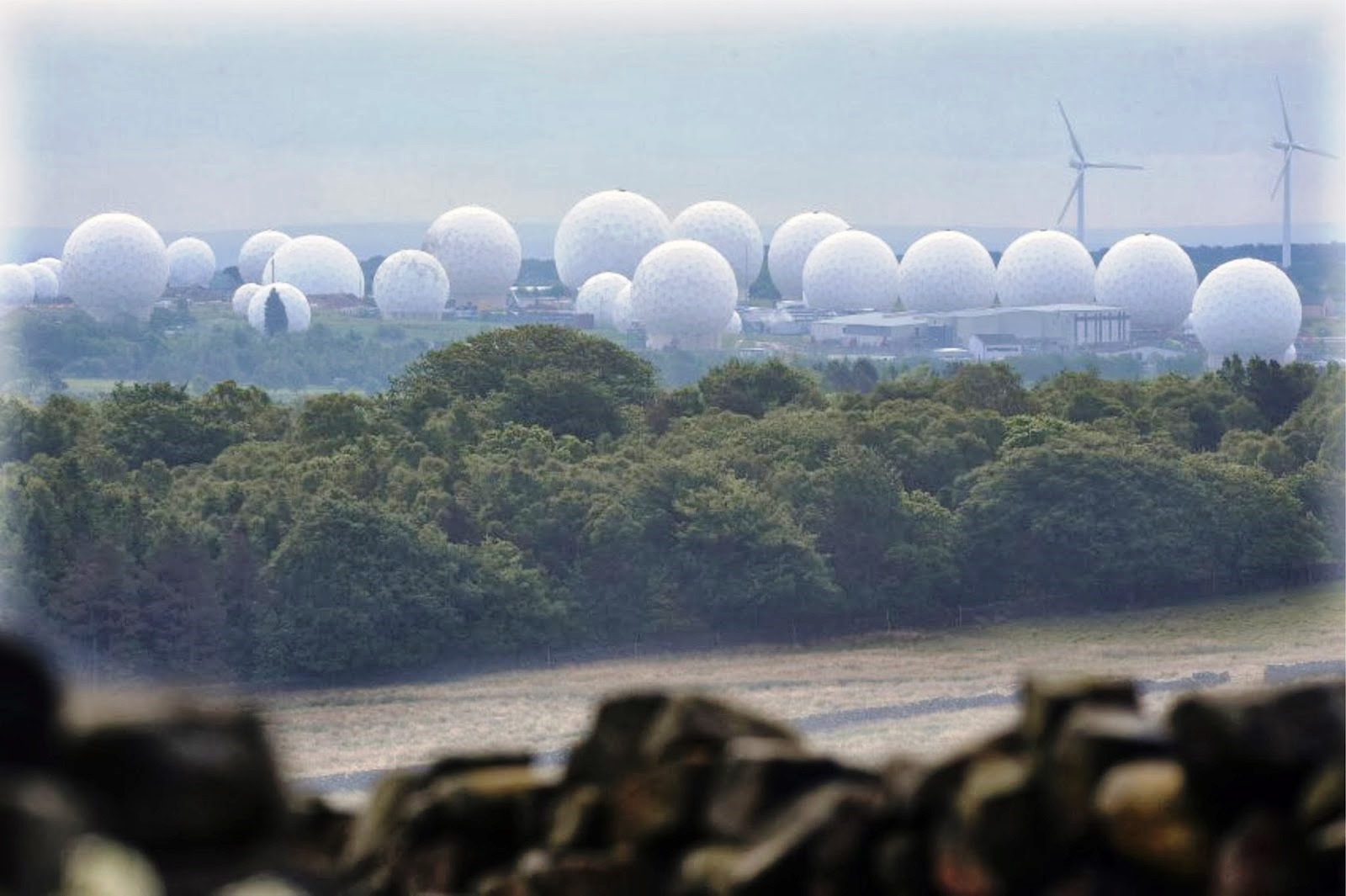 Menwith Hill Station was opened on 545 acres (2.21 km2) of land acquired by the British War Office in 1954 and leased to the United States. The United States Army Security Agency established a high frequency radio monitoring capability, monitoring communications emanating from the Soviet Union, operating from 1958.

In 1966 the National Security Agency (NSA) took on responsibility for the U.S. operation of the site, expanding the capabilities to monitor international leased line communications transiting through Britain. The site was then one of the earliest to receive sophisticated early IBM computers, with which NSA automated the labour-intensive watch-list scrutiny of intercepted but unenciphered telex messages.

In March 2012 researcher Dr. Steve Schofield produced a 65-page report called “Lifting the Lid on Menwith Hill”, funded by the Joseph Rowntree Foundation and commissioned and published by the Yorkshire Campaign for Nuclear Disaarmament (CND). Menwith Hill’s primary mission is to provide “intelligence support for UK, US and allied interests”. The base’s multimillion-pound expansion, Project Phoenix, is “one of the largest and most sophisticated high technology programs carried out anywhere in the UK over the last 10 years”. Of the 1,800 employees in 2012, 400 were British and 1,200 were American employees of the NSA.

During an interview with Russia Today in April 2012, Schofield alleged that Menwith Hill was “involved in drone attacks”. He said: “The UK’s providing a facility here that’s involved in drone attacks that we know, from independent assessments, are killing and injuring thousands of civilians, and because of the covert nature of that warfare, it’s very difficult to provide information and accountability through the UK parliament. And yet these are acts of war. And normally when we have war, parliament should normally inform people that we’re involved in those. And we’re not being informed. We’re kept entirely in the dark about them.”

During the 2009 G-20 London Summit NSA intercept specialists based at Menwith Hill attempted to target and decode the encrypted telephone calls of the Russian president Dmitry Medvedev. 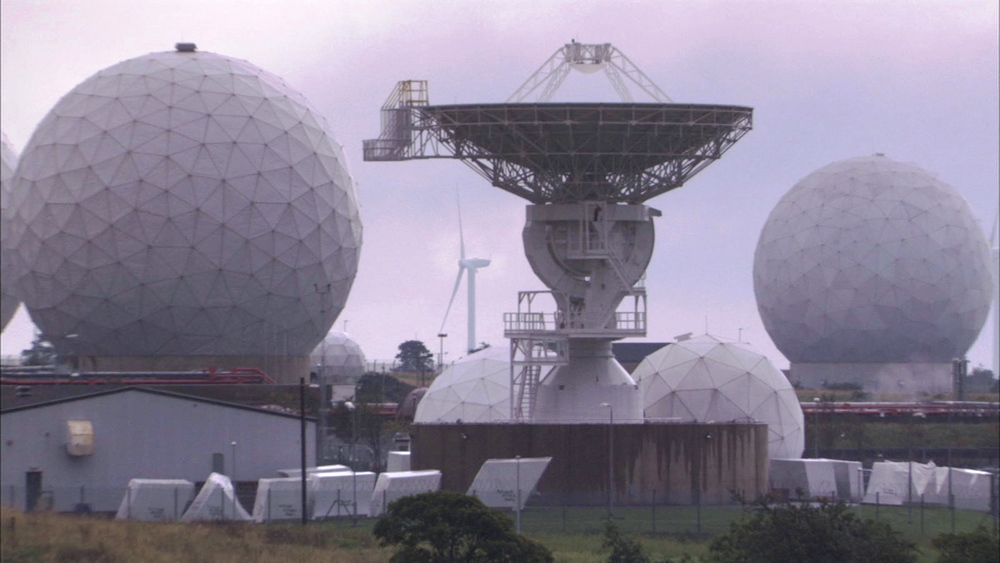 Investigative journalist, Duncan Campbell, revealed in 1988, in an article entitled “Somebody’s listening” and published in New Statesman, the existence of the ECHELON surveillance program, an extension of the UKUSA Agreement on global signals intelligence Sigint and detailed how the eavesdropping operations worked. Duncan Campbell presented a report commissioned by STOA concerning the ECHELON system, at a “hearing of the Committee on Citizens Freedoms and Rights, Justice and Home Affairs on the subject the European Union and data protection” which prompted the European Union to set up the Temporary Committee on the ECHELON Interception System.

In 1999 he wrote a report on COMINT entitled Interception Capabilities 2000 for the European Parliament.

In 1996 author and investigative journalist, Nicky Hager in his book entitled Secret Power, New Zealand’s role in the international spy network, provided a detailed account of ECHELON, the world-wide electronic surveillance system used by an intelligence alliance of the United States, the United Kingdom, Canada, Australia and New Zealand.

In 3 November 1999 the BBC reported that they had confirmation from the Australian Government of the existence of a powerful “global spying network” codenamed Echelon, that can eavesdrop on every single phone call, fax or e-mail, anywhere on the planet” with Britain and the United States as the chief protagonists. They confirmed that Menwith Hill was “linked directly to the headquarters of the US National Security Agency (NSA) at Fort Meade in Maryland.” 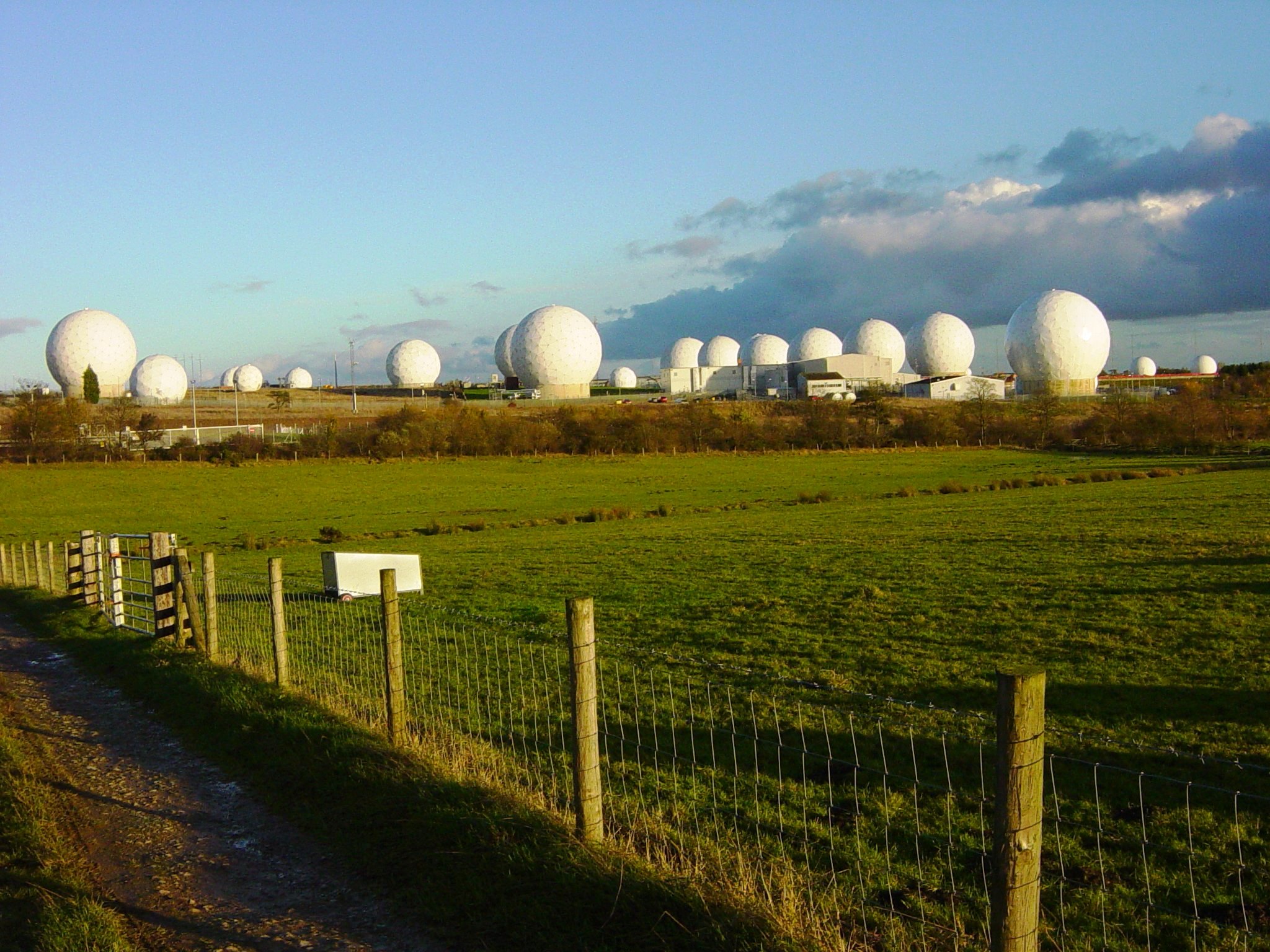