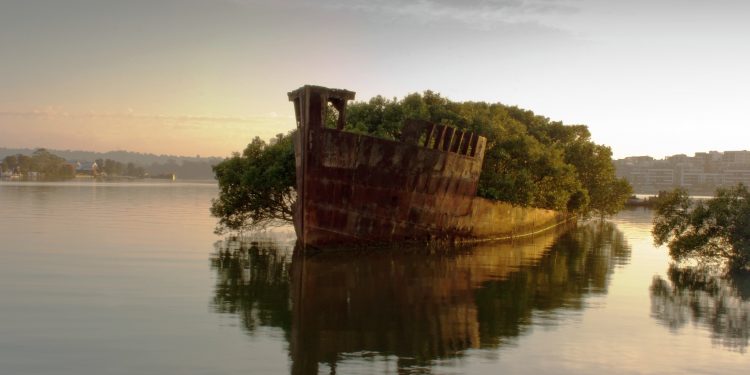 The SS Ayrfield is one of many decommissioned ships in the Homebush Bay, just west of Sydney, but what separates it from the other stranded vessels is the incredible foliage that adorns the rusted hull. The beautiful spectacle, also referred to as The Floating Forest, adds a bit of life to the area, which happens to be a sort of ship graveyard. 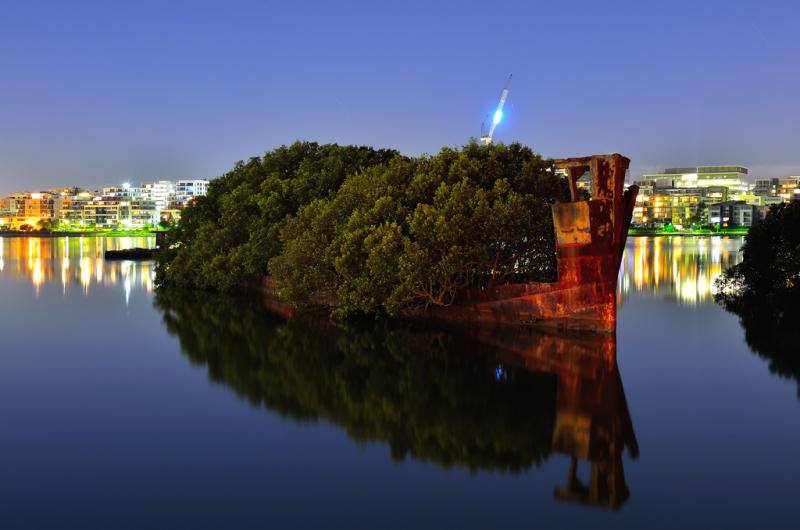 Originally launched as the SS Corrimal, the massive 1,140-tonne steel beast was built in 1911 in the UK and registered in Sydney in 1912 as a steam collier which was later used to transport supplies to American troops stationed in the Pacific region during World War II. The ship went on to serve as a collier between Newcastle and Miller’s terminal in Blackwattle Bay. 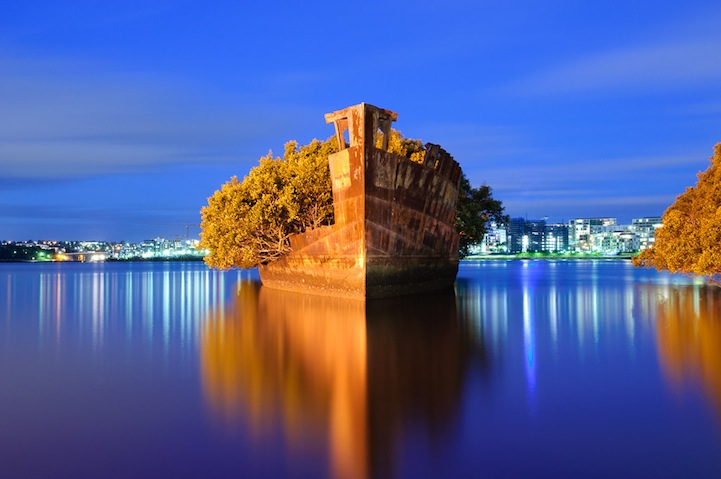 Eventually, in 1972, the SS Ayrfield was retired and sent to Homebush Bay which served as a ship-breaking yard. While many ships were taken apart, about four metallic bodies of vessels that are over 75 years old currently float in the bay, though none are enveloped by nature quite like the Ayrfield. The ship continues to attract visitors to its majestic presence, rich with mangrove trees. 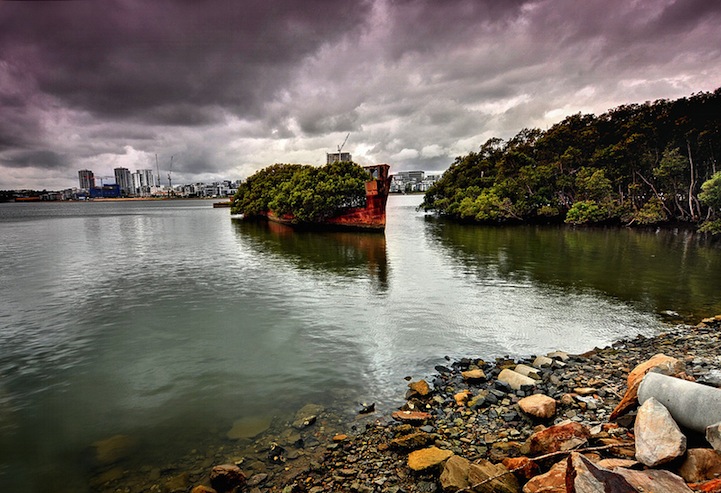 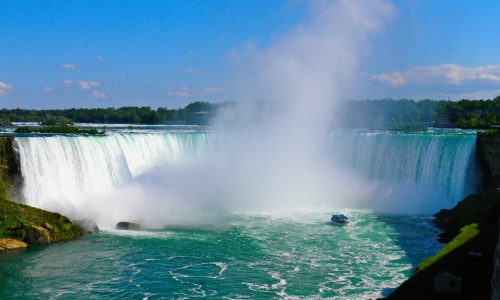 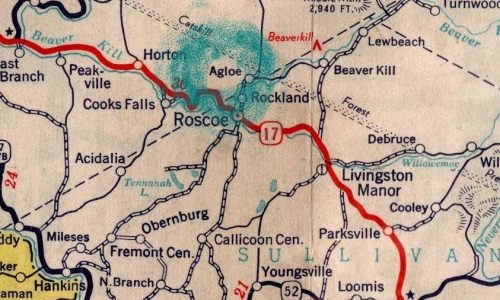 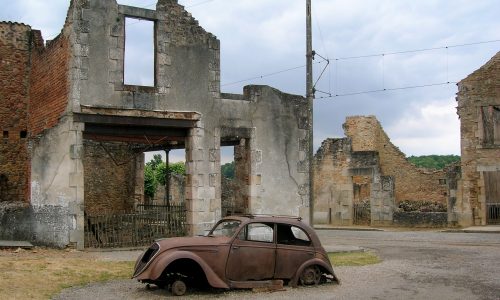