State of the military art

The Stelling van Amsterdam was the most advanced military structure of its type in the world – 135 km (84 miles) of forts, batteries and moats completely encircling the city in a defensive barrier. Nearly half a century in the making, the colossal defensive system was staffed by thousands of soldiers. Yet it would be abandoned by almost all of them, almost overnight – not because an enemy had somehow overcome its concrete walls and bristling artillery, but because inventions in a field of combat far from here made all its brilliance count for nothing. 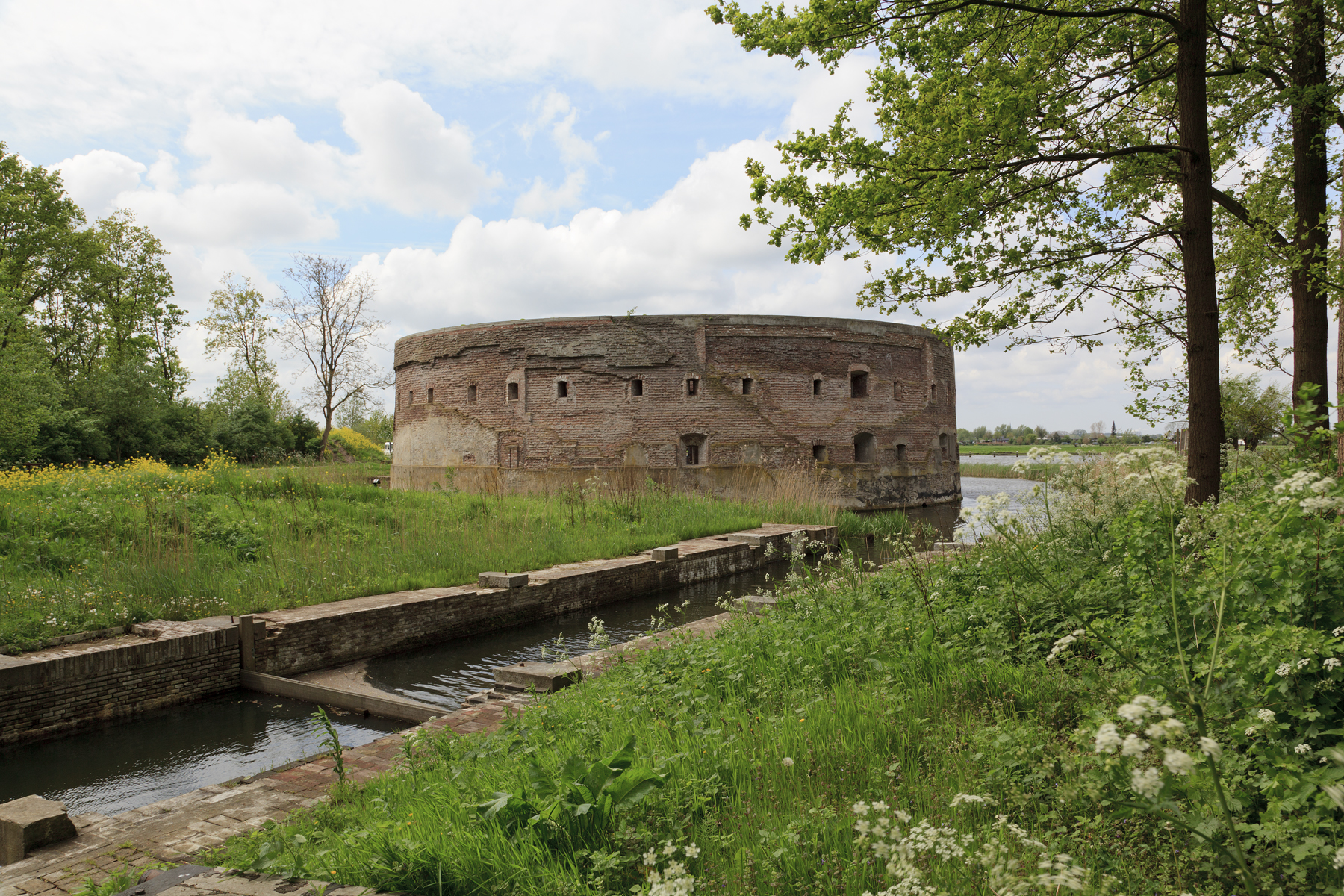 War on the doorstep

In the late nineteenth century there were three constantly clashing superpowers triangulated around the Netherlands: France, Germany and the United Kingdom . This was a time of Empire when the reward for •control of the sea was nothing less than world dominion. The Netherlands was an exposed place to be. The Franco-Prussian War of 1870-1 saw the introduction of new, more powerful artillery. The Dutch Ministry of War rightly judged that their existing defences would be vulnerable against these modern weapons. In 1874 a bold new concept was approved: a defensive belt of fortifications around Amsterdam. The initial concept was to create a defensive moat 10-15 km (6-9 . miles) out from the city centre, turning Amsterdam’s low-lying coastal position into a defensive boon. In the event of enemy attack, sluices would be opened to inundate wide areas of flat farmland with water. The flooding would be no more than 30 cm (12 inches) deep – too shallow for enemy boats to cross; deep enough to hinder men on foot. The obvious weak points would be the roads, railways, and dykes that ran through the inundations; raised from the land, these would still be usable even after flooding. So forts would be built where these routes crossed the waterline, to be armed with powerful artillery ready to shell the approaching foe. 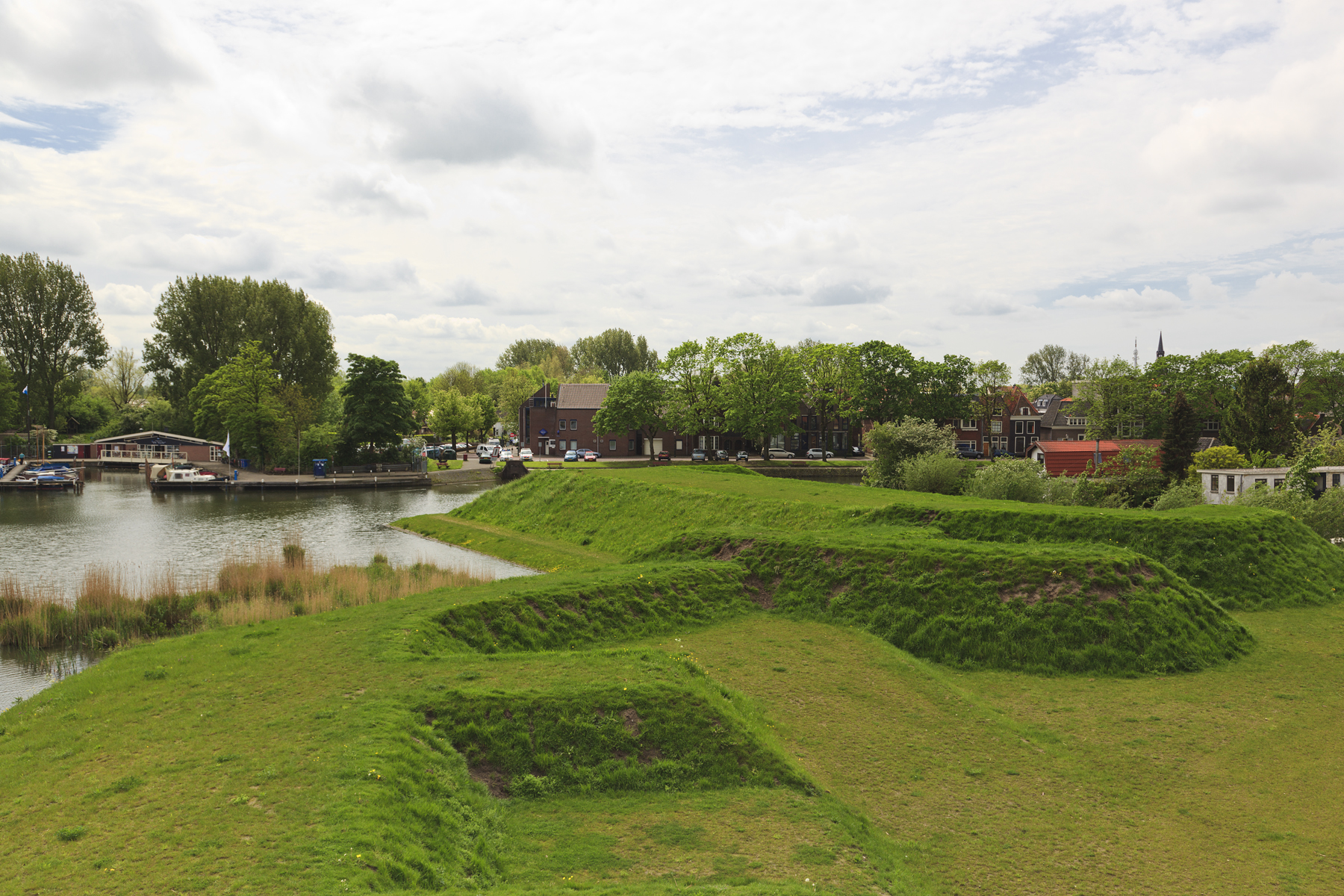 The first design became obsolete while still on the drawing board. Another innovation in warfare – the high explosive grenade – -meant ~hat the forts would have to be built of concrete rather than masonry. The Dutch were inexperienced in using concrete and had to undertake years of research and development. Construction itself was a vast undertaking. As well as forty-six fortifications, there were numerous smaller batteries, depots and barracks, as well as a huge network of sluices, dykes, canals and artificial islands to be constructed. When flooded , the inundations were designed to be 3-S km (1.9-3 miles) wide. The project took almost forty years to complete, from 1881 to 1920. 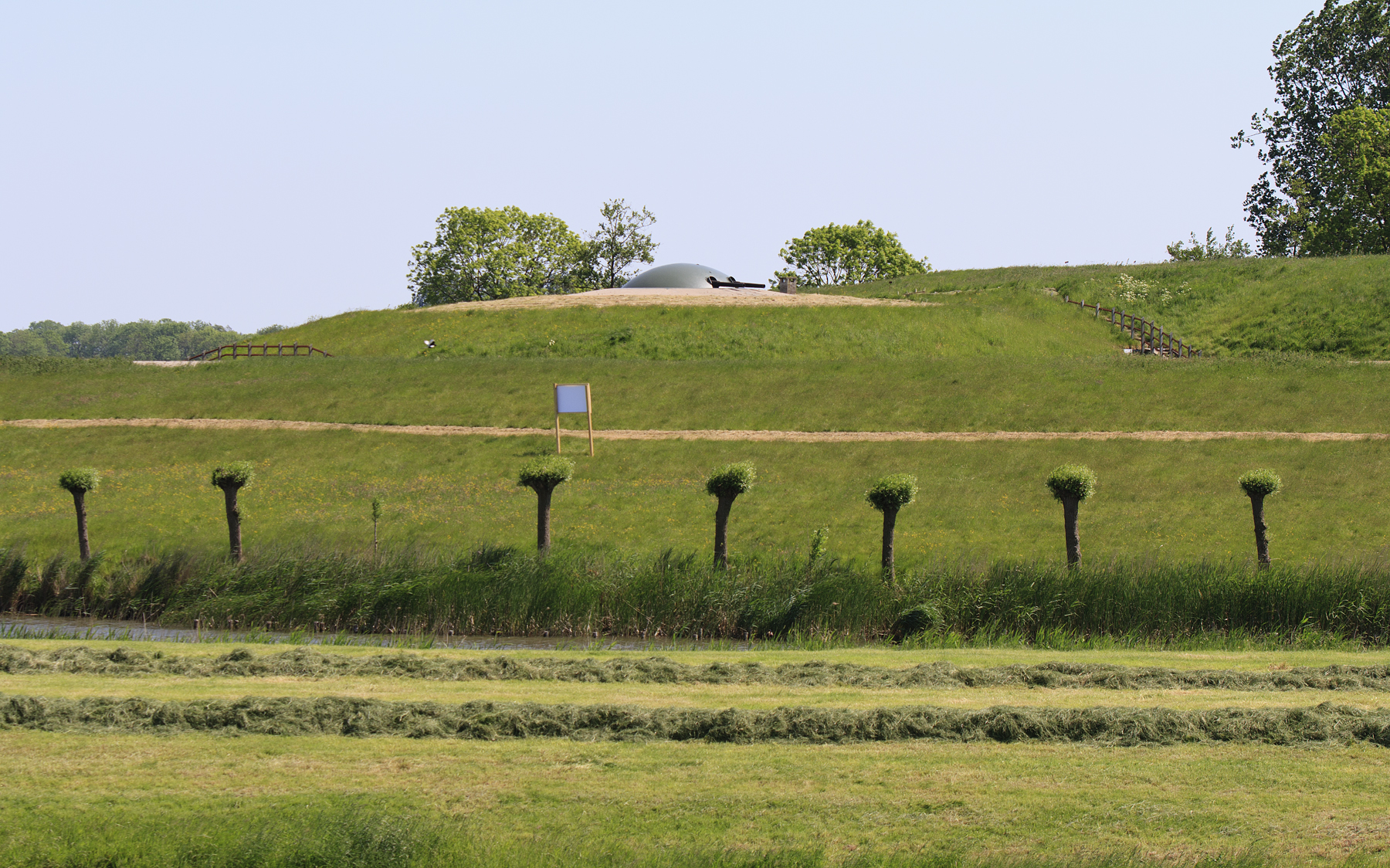 No sooner was this mammoth construction project complete than it was rendered instantly obsolete by two military innovations – the aeroplane and the tank. Planes could simply fly over the forts to drop bombs on the city itself. Tanks could roll through the inundations and we re unlikely to be deterred by the artillery in the forts.

Soldiers manned the Stelling during both World Wars, but its ingenuity was never tested in combat. However, it was methodically maintained and kept in service until 1963, when it was decommissioned. Now abandoned as a military resource, its structures are an interesting insight into the Europe of 150 years ago. They also showcase the Dutch genius for hydraulic engineering. 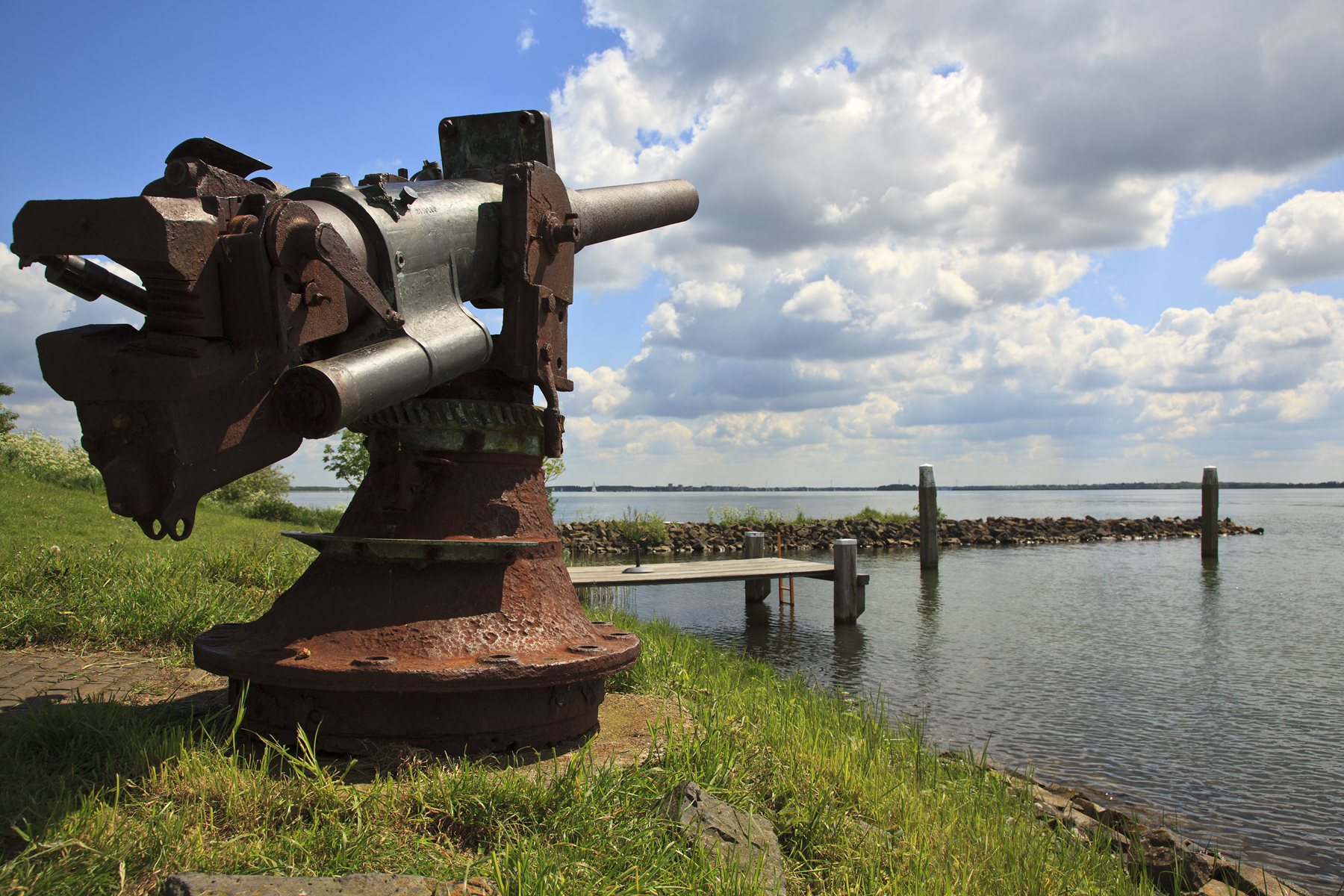 A city wall of water and guns

The Stelling is a fascinating place to explore. Many of the forts are open to visitors, and some have been preserved exactly as they were when the last soldiers left. Some are now surround ed by suburbs and can be easily reached by foot or bicycle; others stand guarding the cows in low-lying farmland. There is a hiking route that runs the full 135 km (84 miles) around the original defence line, although the island forts must be reached by ferry or private vessel.

The fact that the Stelling never was attacked has ensured the survival of many of its most spectacular fortifications. Pampus Fort stands on an artificial island of 45,000 cubic metres of sand supported by 3,800 deeply sunk piles. The three-floor main building is surrounded by a dry moat 8 m (26 ft) wide and has two turrets that each held twin 57 mm (2.2 inch) guns. Within are quarters for 200 soldiers, a kitchen, laundry and classrooms, two coal-fired steam engines, two dynamos, a telegraph, a first aid station and magazines. Tunnels connect the building to galleries inside the counterscarp, or outside of the moat, where defenders could fire four M90 Gardner machine guns on attackers who made it into the moat. Also within the counterscarp were a jail, a forge, and several supply rooms. A large glacis, or artificial slope, surrounds the fort on all sides.

There were originally eighty-seven solders ready to be inundated by military waterworks, and today thirty-five of these sluice systems remain. The inundation station at Schagen was typical of the Dutch mastery of water. It drew water in from the North Sea and guided it southwards to the next station in the defence line at Krommeniedijk. Had there been no major advances in military technology, the Stelling van Amsterdam would have been one of the world’s most prodigious defences. There were such advances, of course, and today the system stands as a monumental military idea, abandoned when a new strategy was made necessary.