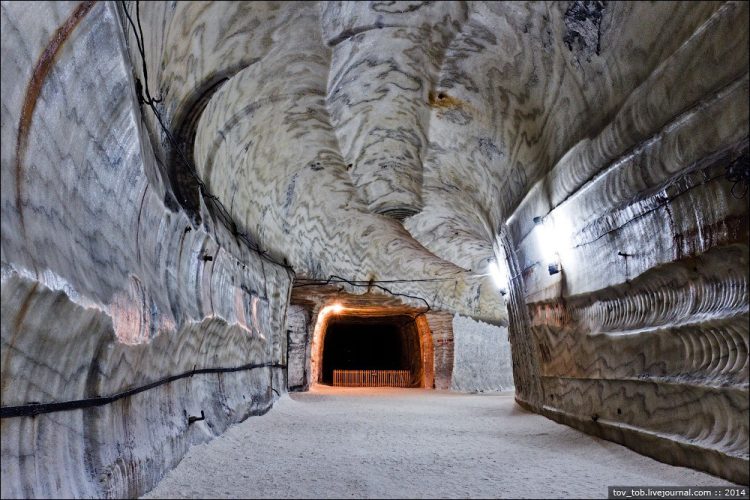 Some 250 million years ago, a part of Ukraine was under a shallow ocean. When the ocean dried up, it left behind a huge deposit of salt which got buried underneath due to upheavals in the earth’s crust. A large concentration of this salt is located under a small city called Soledar, a Russian word meaning “gift of salt”.

For a long time, this area was known for brine springs, caused by the solution of underground salt deposits by ground water. This brine was used to produce salt since the 16th century. The brine was cooked in pans with wood fires, to evaporate the water. This process was extremely energy hungry, leading to large scale deforestation in the regions south of Soledar. In the 18th century, wood was replaced with coal, but the scale of salt production was still low. It was only in the late 19th century that the underground salt deposit was discovered, and the first mining on an industrial scale took place in 1881. 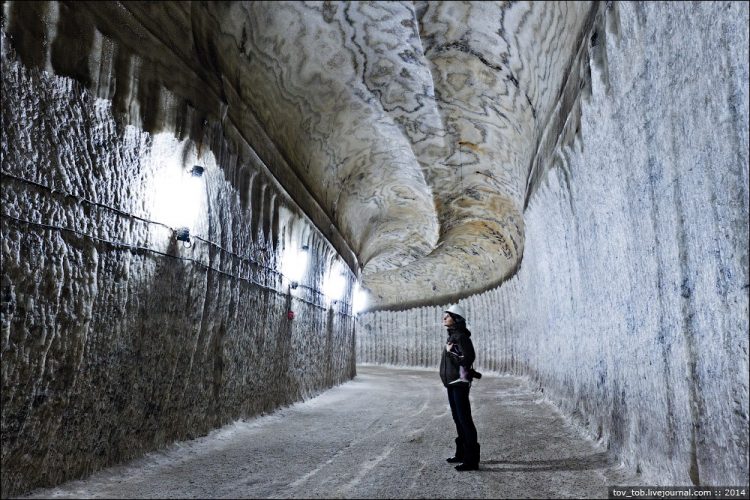 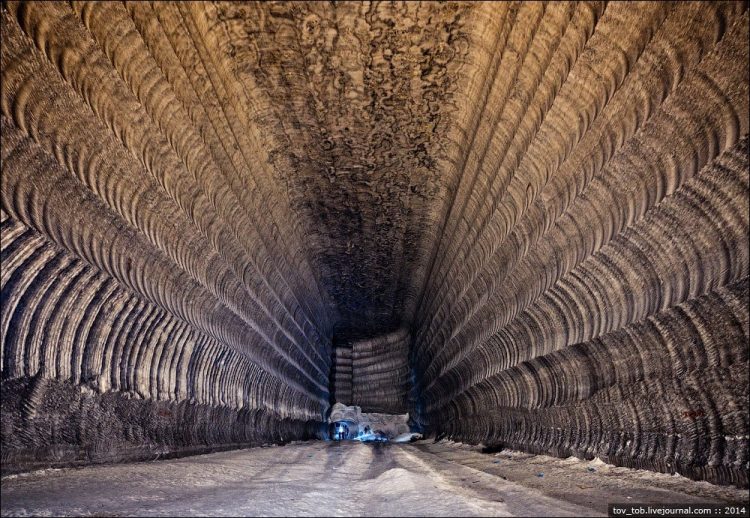 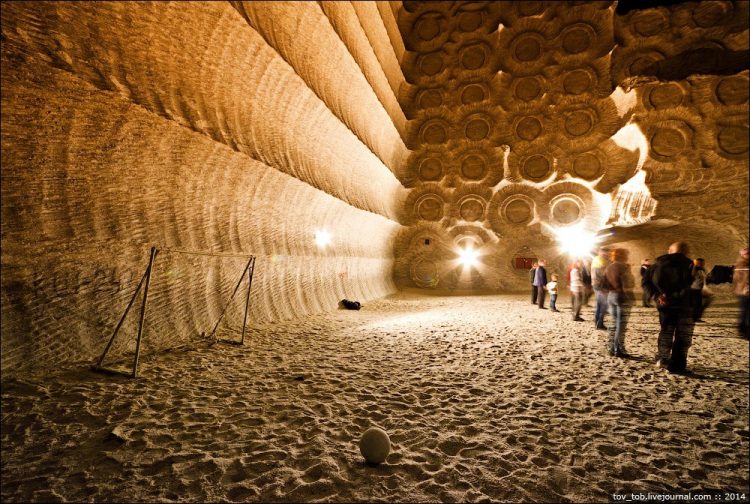 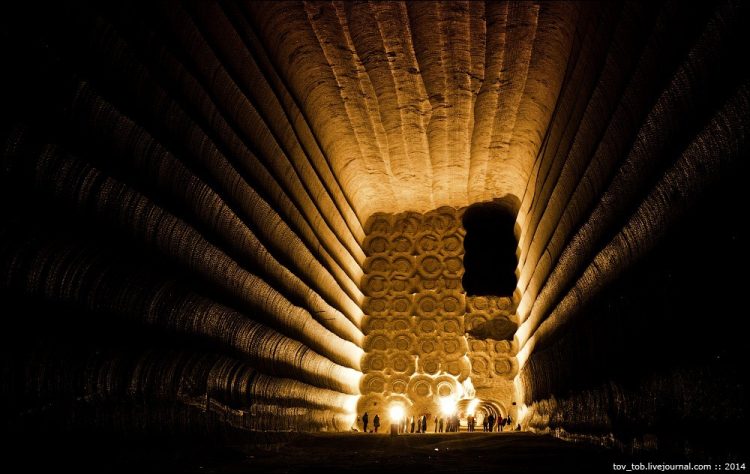 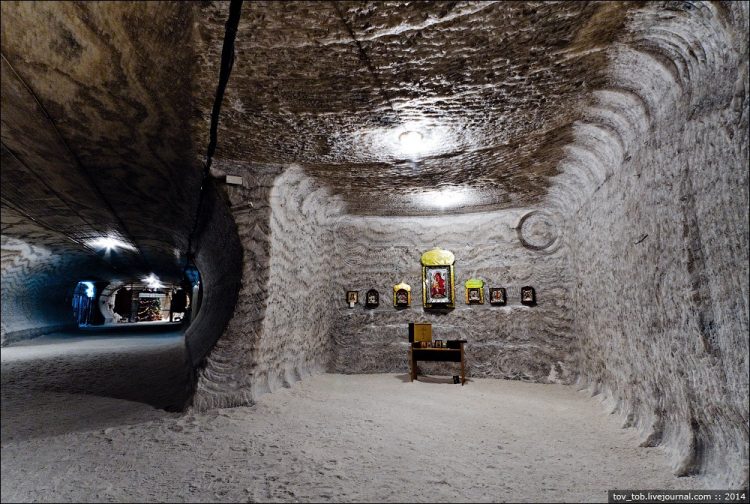 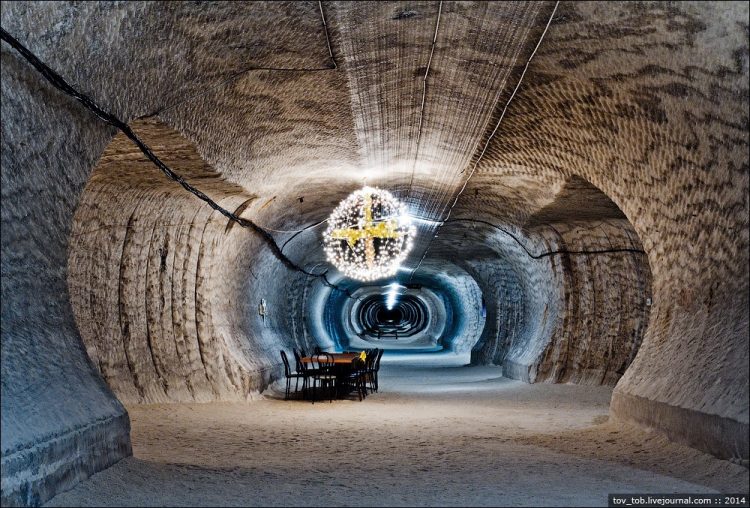 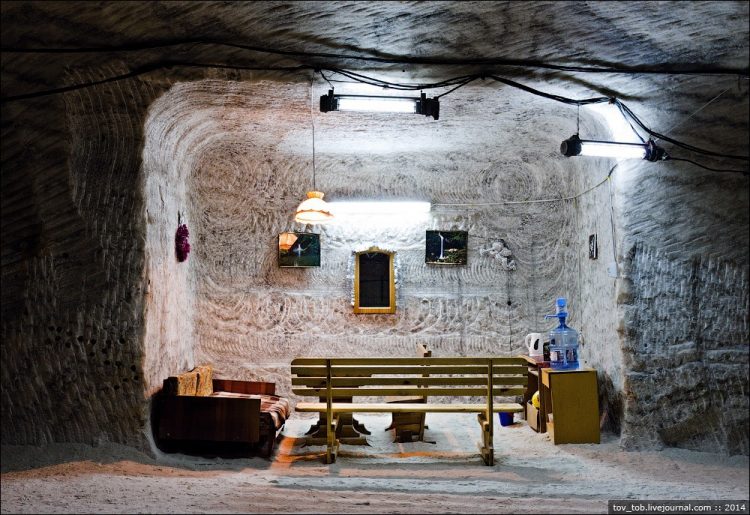 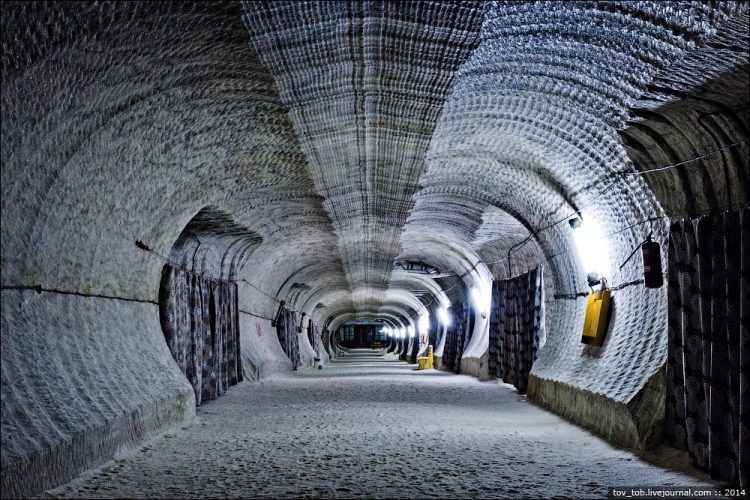 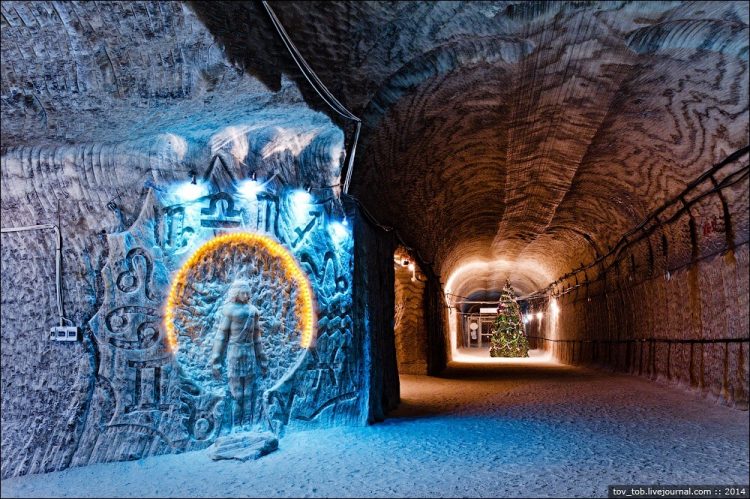 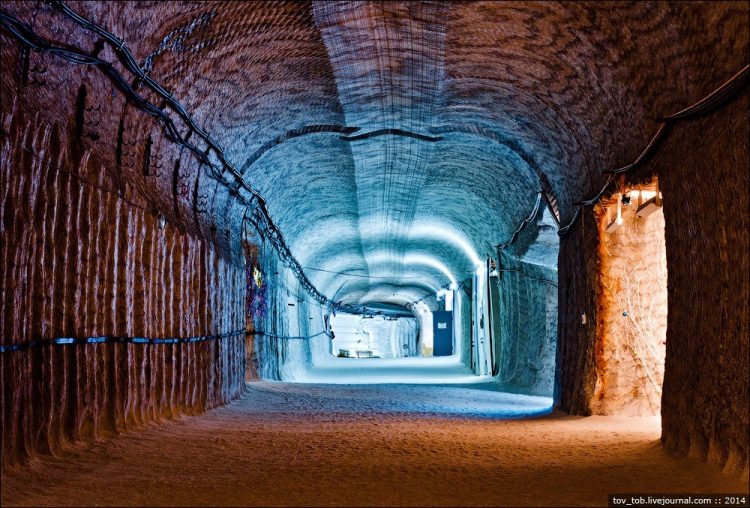 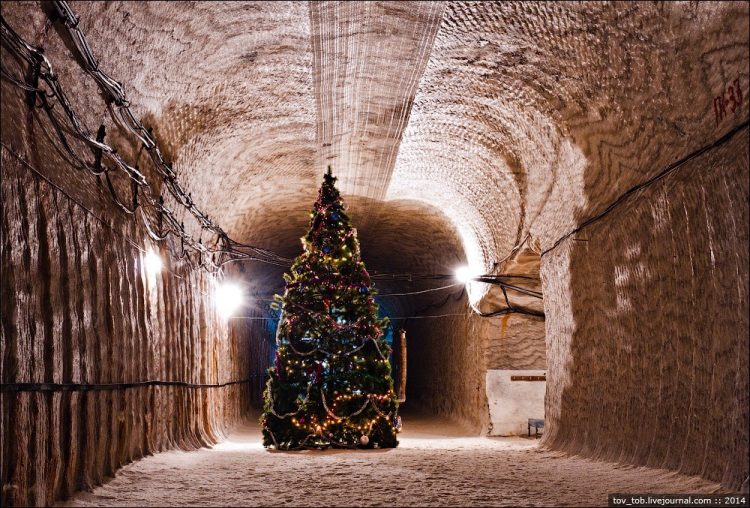 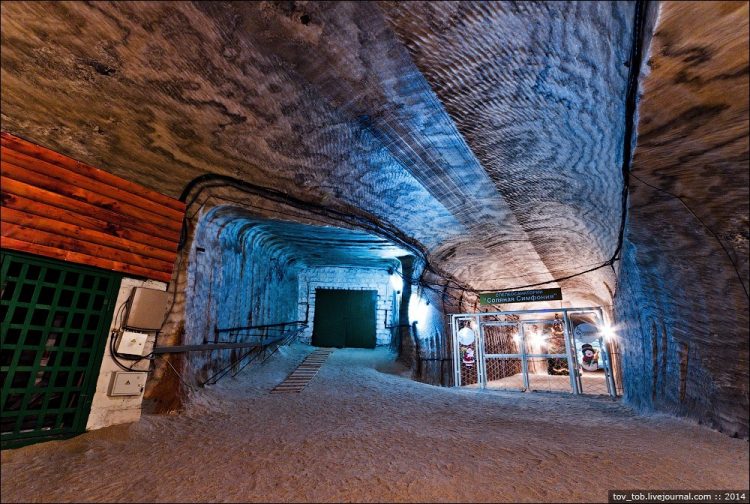 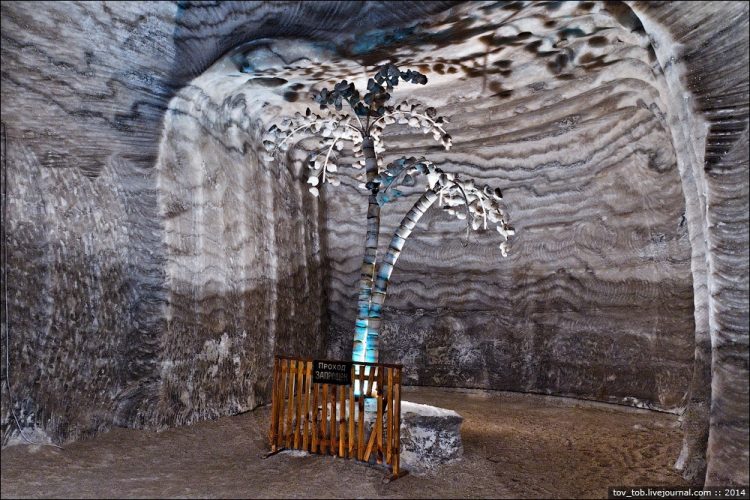 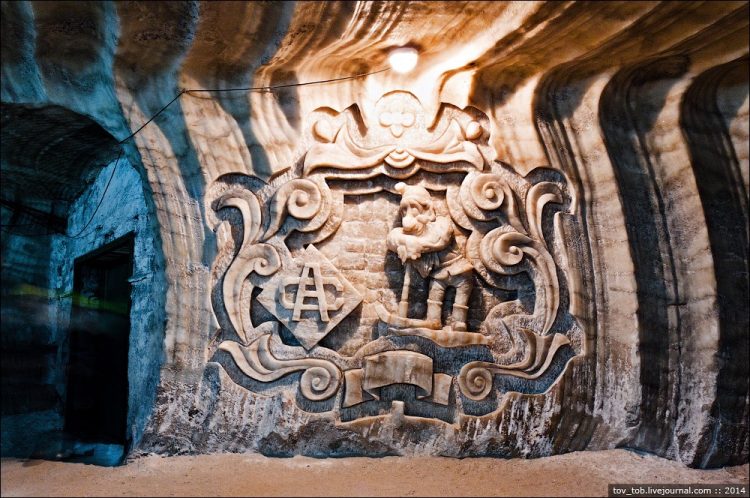 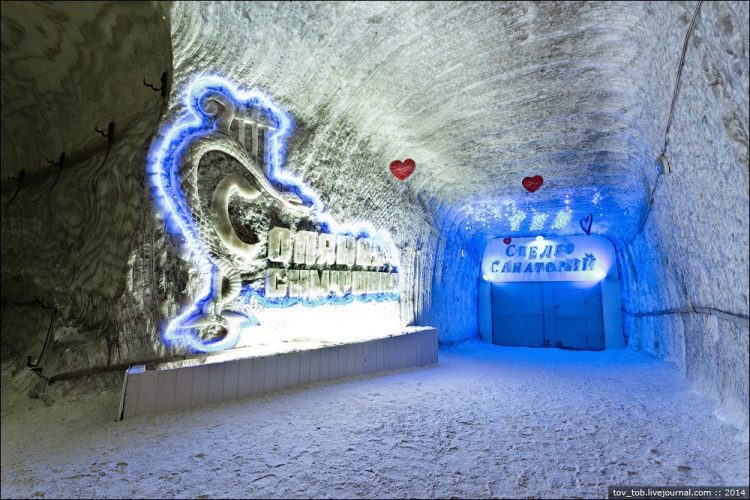 Over one hundred years of mining has left huge gaping voids and connecting passageways 300 meters below the surface that are so large that one of the chambers have been converted into a concert hall. Another large excavated chamber is now a soccer arena. There is even an underground church for the miners and cafes for tourists, and the walls have been curved with numerous sculptures and reliefs. One part of the cave has been converted into a sanitarium. The cool and dry air containing small amounts of salt dust is believed to have therapeutic effect. The site is promoted to cure many respiratory diseases, allergies, and skin diseases. 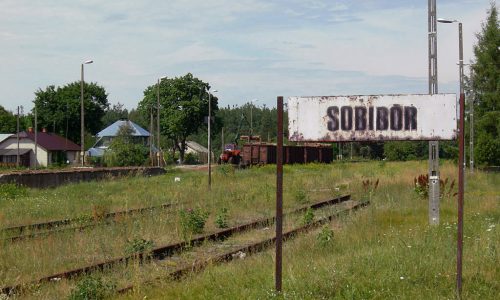 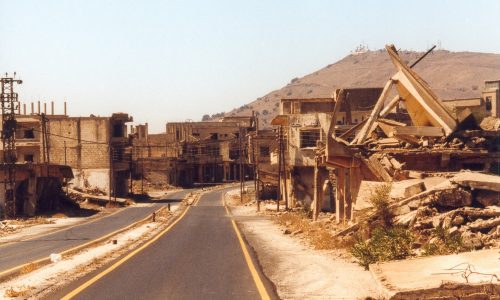 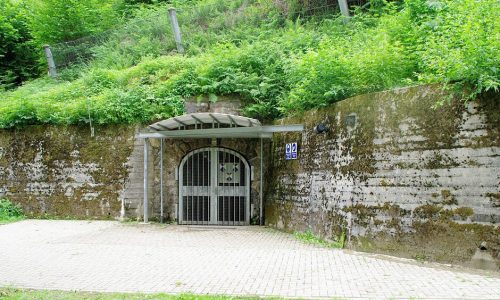