Tucked away in the Caucasus Mountains in the north of Georgia, is the historic province of Khevsureti. Its men were once renowned in martial arts, and especially for their warfare with the Muslim population of the Northern Caucasus including the Chechens, the Kists, and the Dagestans.

Due to the geographic, ethnic and religious complexity and lack of industrialization in the Greater Caucasus, the tribes of the North Caucasus used to frequently attack and rob the mountain-dwelling Georgians. In order to protect their villages, Khevsurs built their houses very close to each other so that they formed a unified defensive wall. These villages played the crucial role of a northern barrier for the whole of Georgia and defended the nation from intrusions of nomadic tribes.

One of the most spectacular of these villages is Shatili, located in the deep Arghuni gorge. The village is a unique complex of medieval-to-early modern fortresses and fortified dwellings of stone and mortar which functioned both as residential areas and fortresses guarding the northeastern outskirts of the country. The fortress consists of the terraced structures dominated by flat-roofed dwellings and some 60 towers which cluster together to create a single chain of fortifications. The profusion of towers clinging to the mountainsides signify the need for constant vigilance in the face of enemy attack. 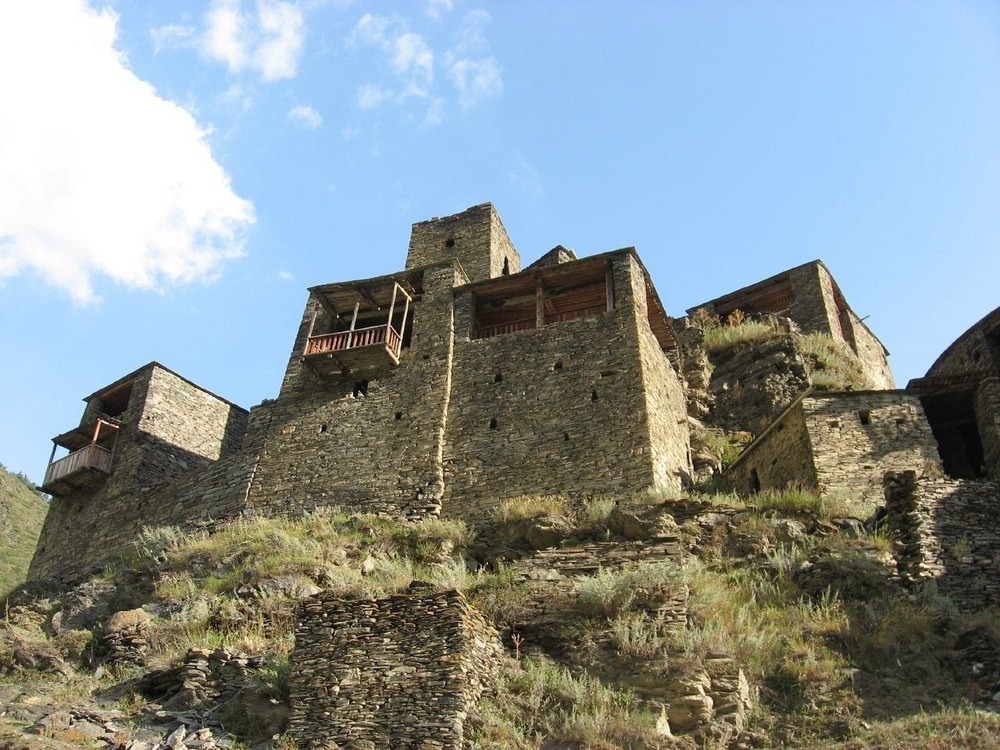 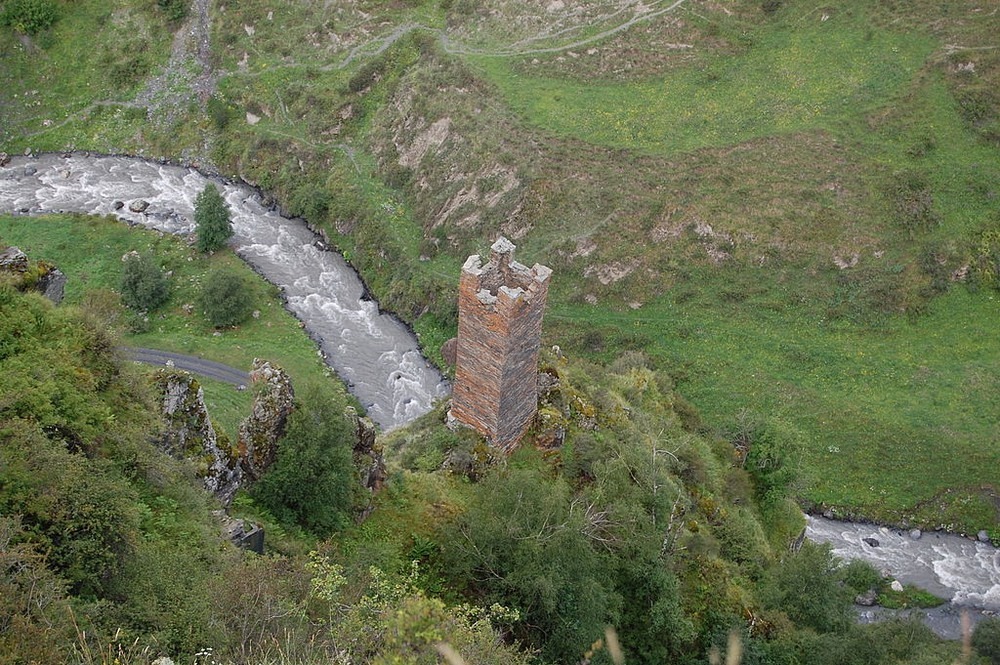 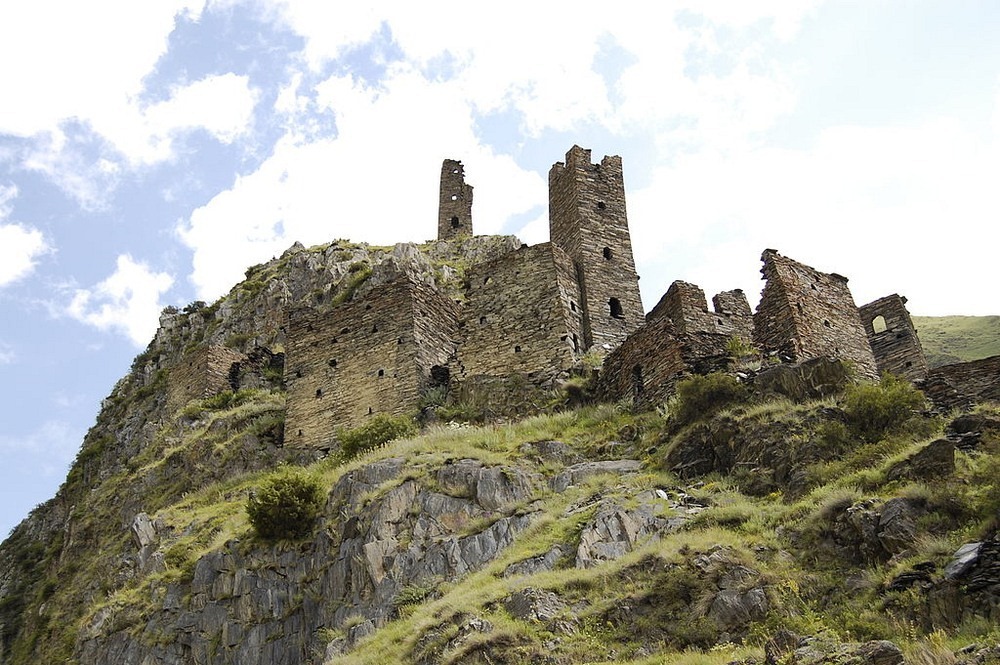 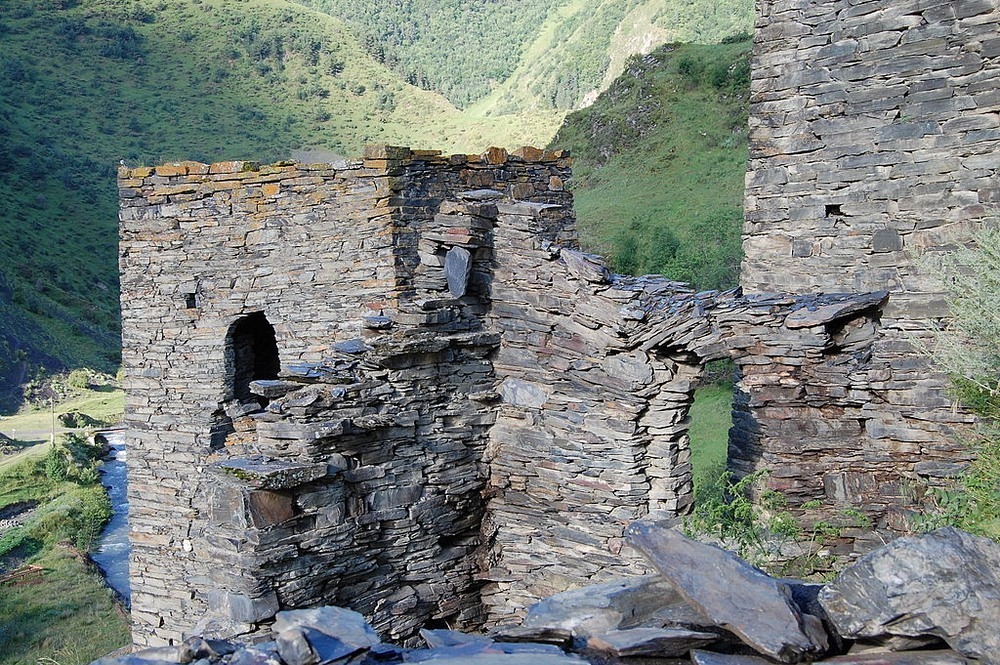 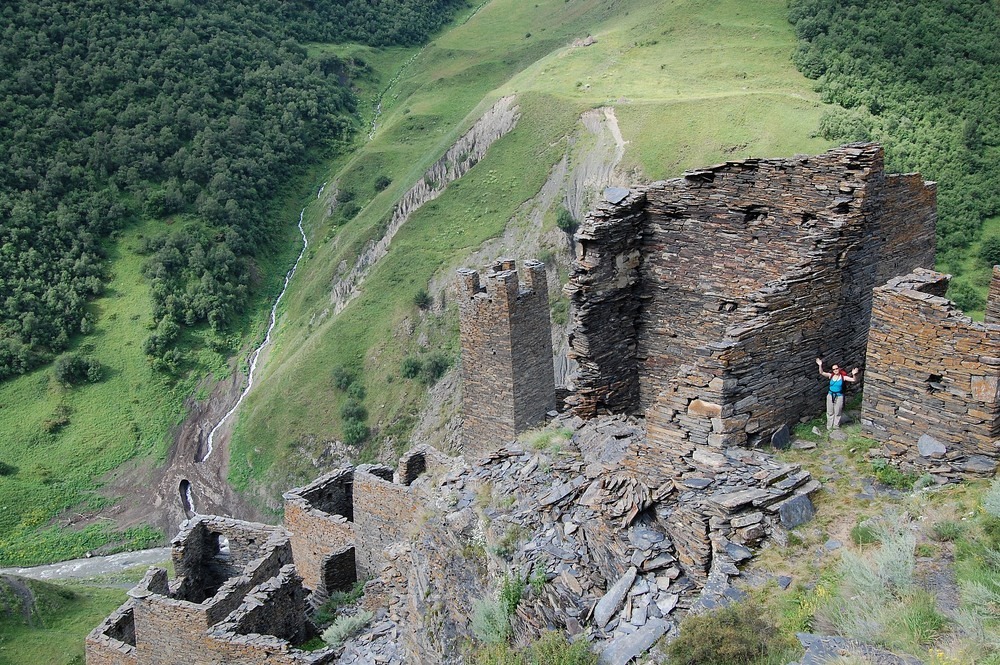 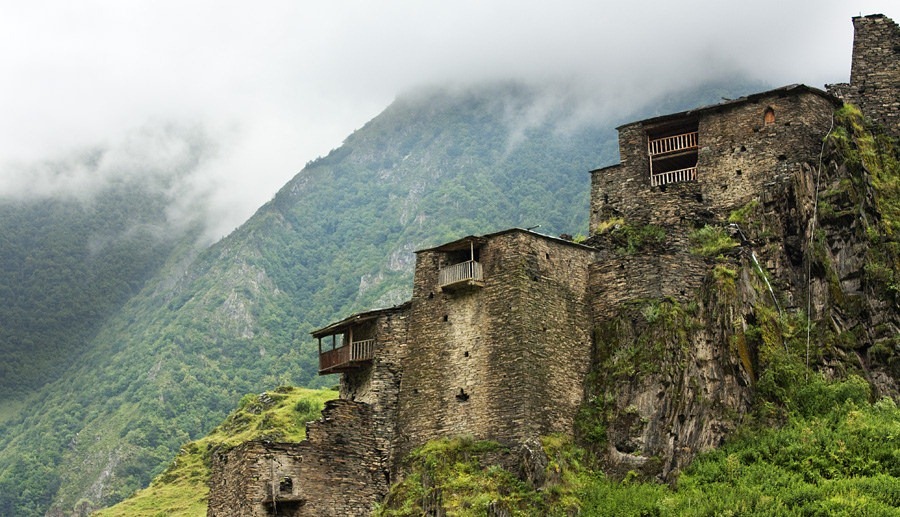 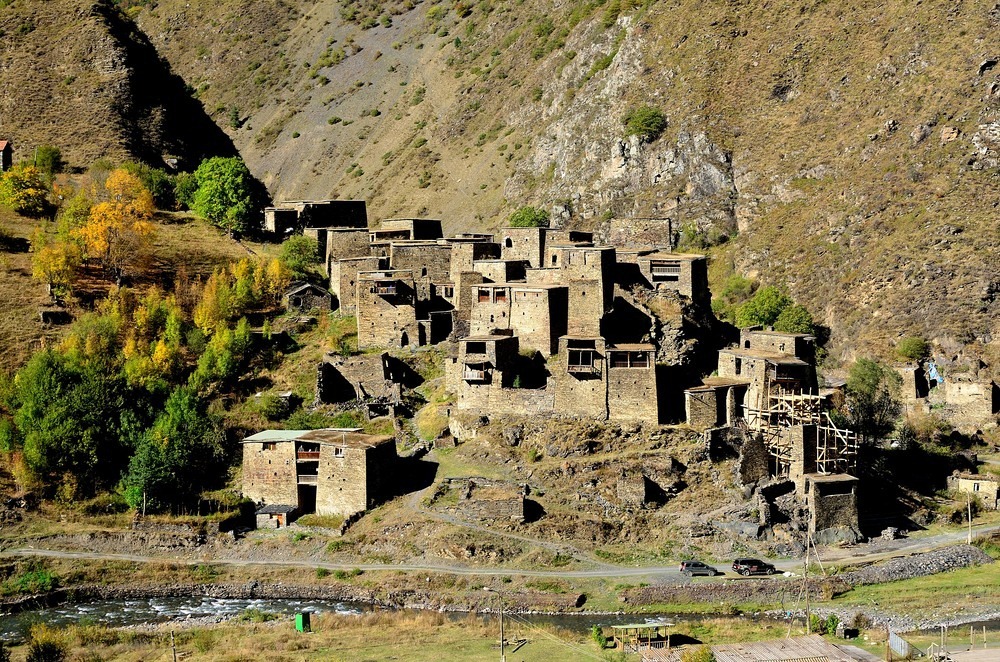 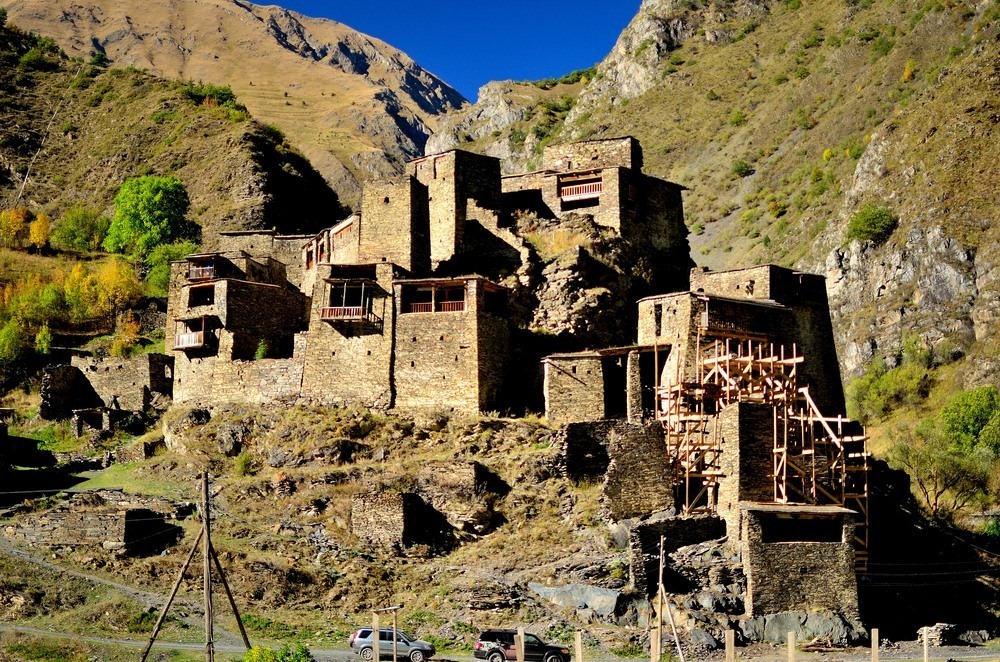 Many of the medieval towers in Shatili are now abandoned, and the population, comprising a dozen or so families, reside in the modern wooden houses dotting the perimeter. The village itself was mostly evacuated and its population forcefully resettled in the plains by Soviet authorities in the early 1950s. During winter, when the village becomes inaccessible by road, most of the remaining inhabitants too leave the mountains.

Another important village in the province of Khevsureti is Mutso. Once an important strongholds of the region, Mutso now lies completely abandoned. The village is home to approximately 30 medieval fortified dwelling units arranged on vertical terraces above the Mutso-Ardoti gorge, several combat towers and the ruins of many old structures and buildings. Mutso has been listed as one of the most endangered historical monuments in Georgia.