The Wieliczka Salt Mine (Polish: Kopalnia soli Wieliczka), located in the town of Wieliczka in southern Poland, lies within the Kraków metropolitan area. The mine, built in the 13th century, produced table salt continuously until 2007, as one of the world’s oldest salt mines still in operation. From its beginning and throughout its existence, the Royal mine was run by the Żupy krakowskie Salt Mines. Commercial mining was discontinued in 1996 due to low salt prices and mine flooding. 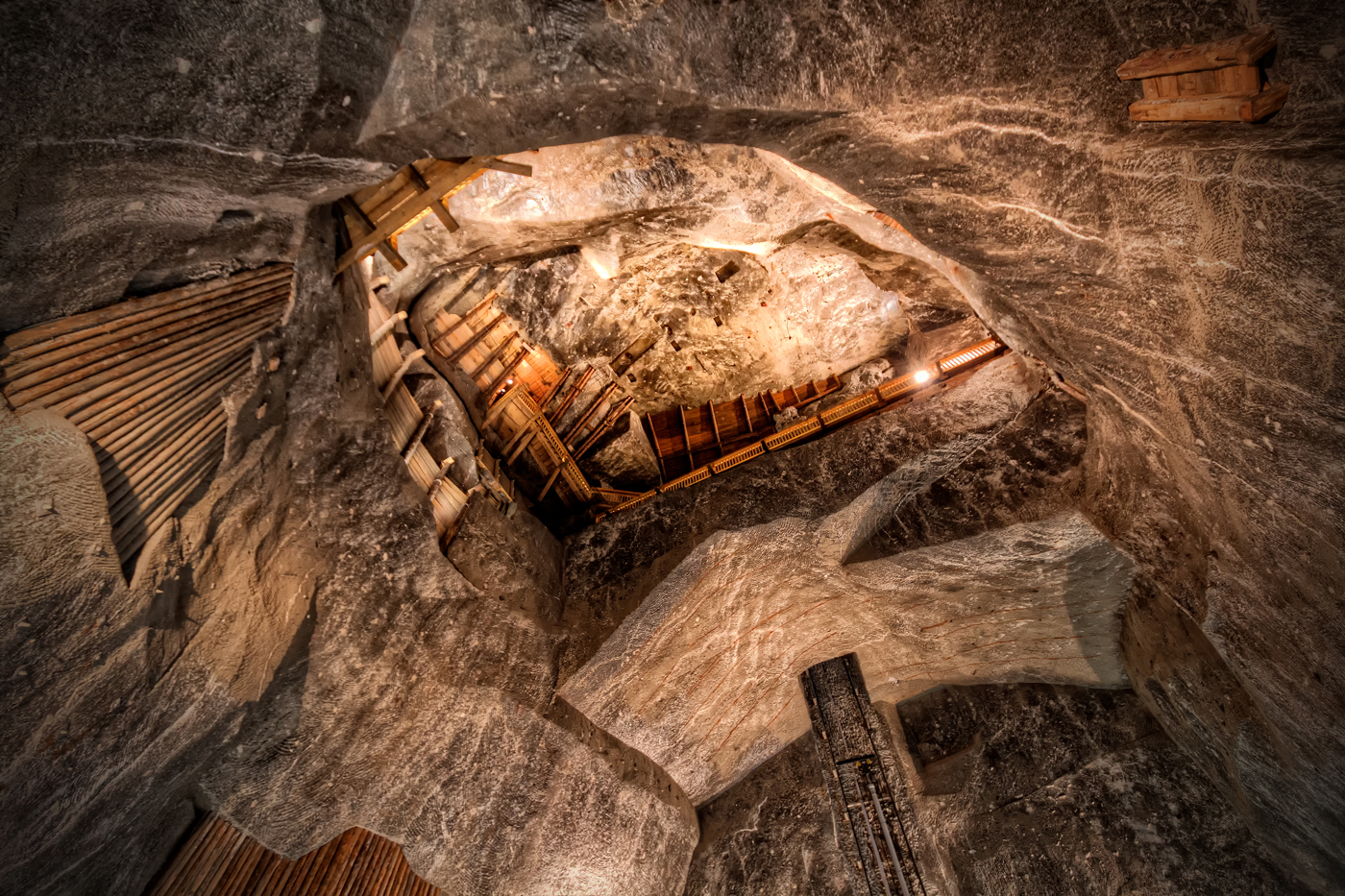 The mine’s attractions include dozens of statues, three chapels and an entire cathedral that has been carved out of the rock salt by the miners. The oldest sculptures are augmented by the new carvings by contemporary artists. About 1.2 million people visit the Wieliczka Salt Mine annually.

The mine is one of Poland’s official national Historic Monuments (Pomnik historii), as designated in the first round, September 16, 1994. Its listing is maintained by the National Heritage Board of Poland. 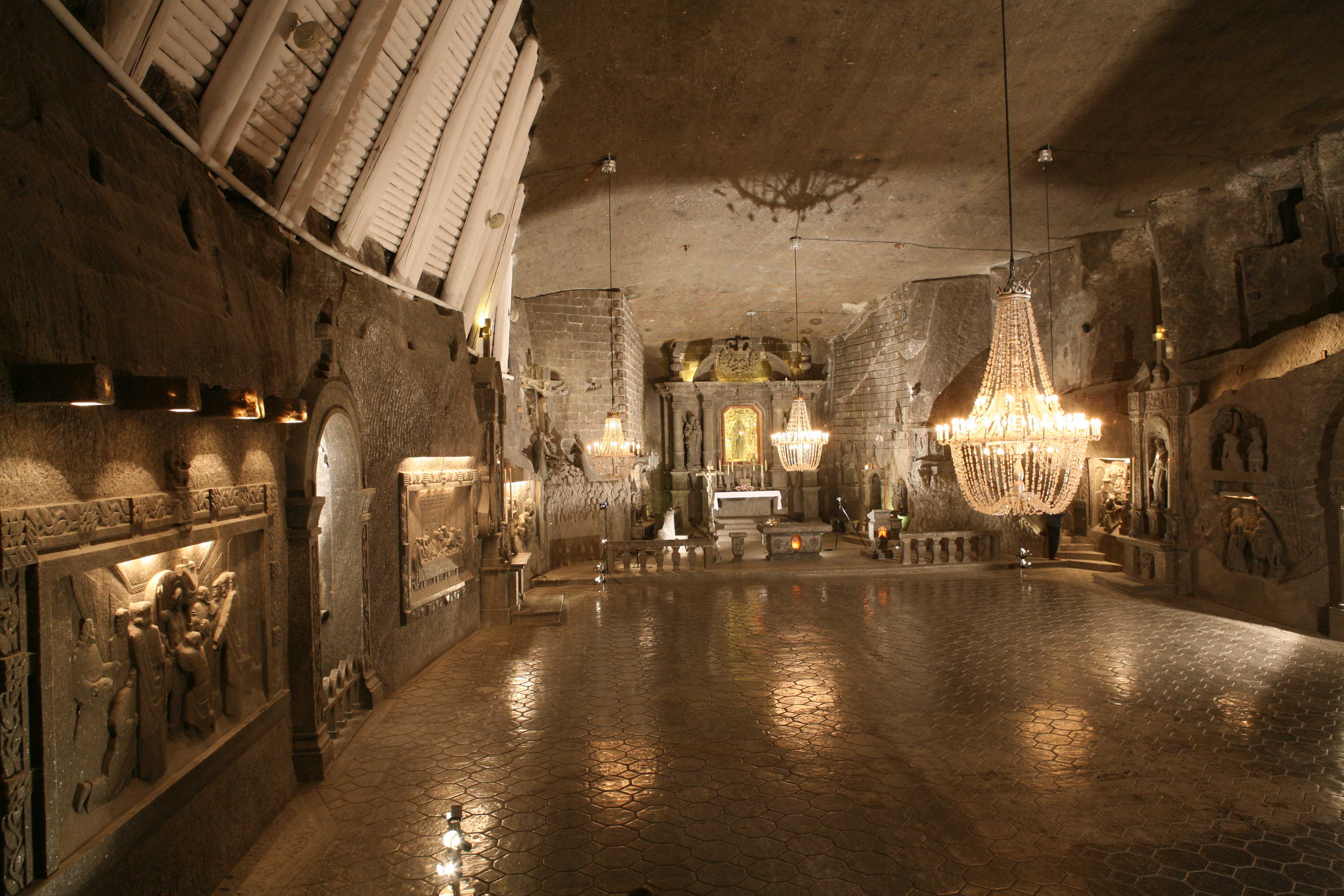 The Wieliczka salt mine reaches a depth of 327 metres (1,073 ft) and is over 287 kilometres (178 mi) long. The rock salt is naturally gray in various shades, resembling unpolished granite rather than the white or crystalline look that many visitors may expect. During World War II, the shafts were used by the occupying Germans as an ad-hoc facility for various war-related industries. The mine features an underground lake; and the new exhibits on the history of salt mining, as well as a 3.5 kilometres (2.2 mi) touring route (less than 2% of the length of the mine’s passages) that includes historic statues and mythical figures carved out of rock salt in distant past. More recent sculptures have been fashioned by contemporary artists.

The Wieliczka mine is often referred to as “the Underground Salt Cathedral of Poland.” In 1978 it was placed on the original UNESCO list of the World Heritage Sites. Even the crystals of the chandeliers are made from rock salt that has been dissolved and reconstituted to achieve a clear, glass-like appearance. It also houses a private rehabilitation and wellness complex. Also the Wieliczka was one of World 12 Tourism rankings.

There is a legend about Princess Kinga, associated with the Wieliczka mine. The Hungarian noblewoman was about to be married to Bolesław V the Chaste, the Prince of Kraków. As part of her dowry, she asked her father for a lump of salt, since salt was prizeworthy in Poland. Her father King Béla took her to a salt mine in Máramaros. She threw her engagement ring from Bolesław in one of the shafts before leaving for Poland. On arriving in Kraków, she asked the miners to dig a deep pit until they come upon a rock. The people found a lump of salt in there and when they split it in two, discovered the princess’s ring. Kinga had thus become the patron saint of salt miners in and around the Polish capital. 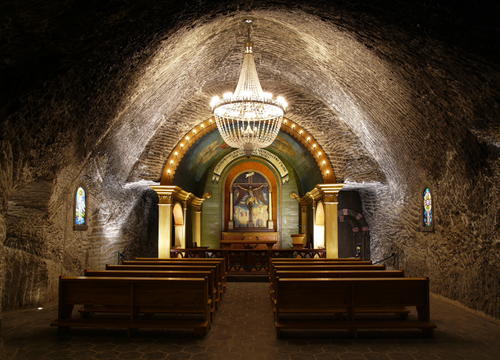 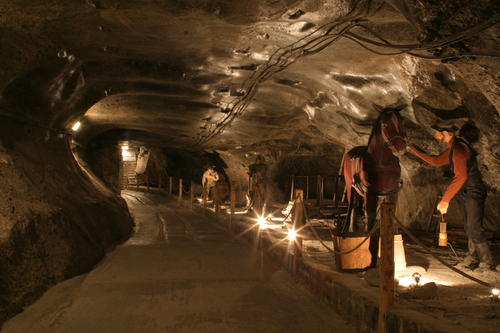 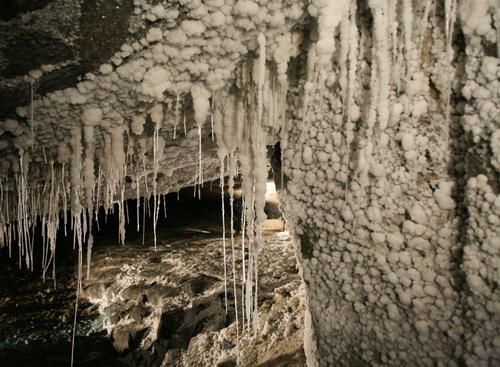 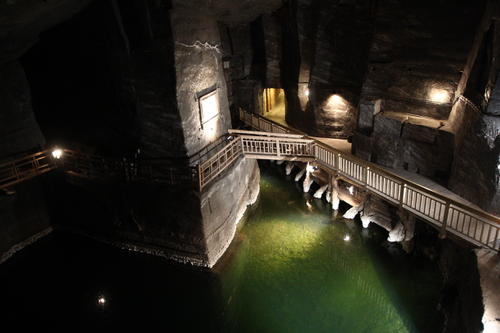 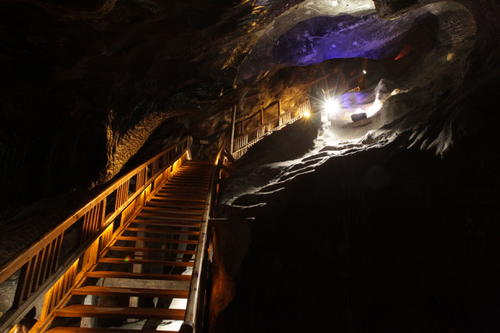 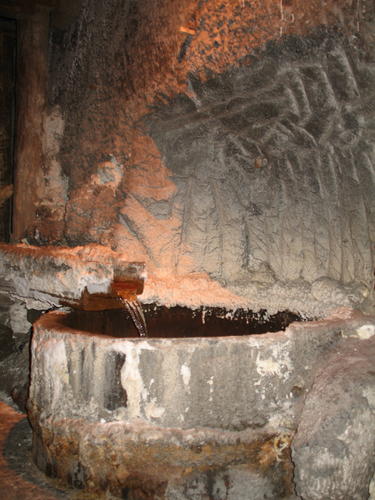 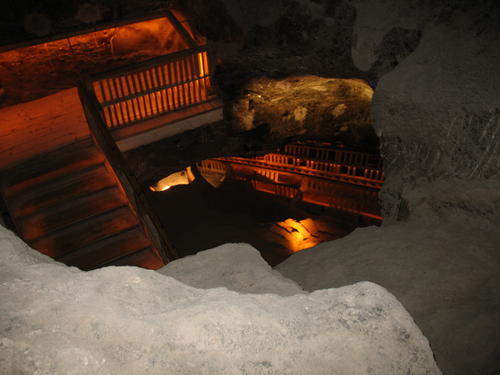 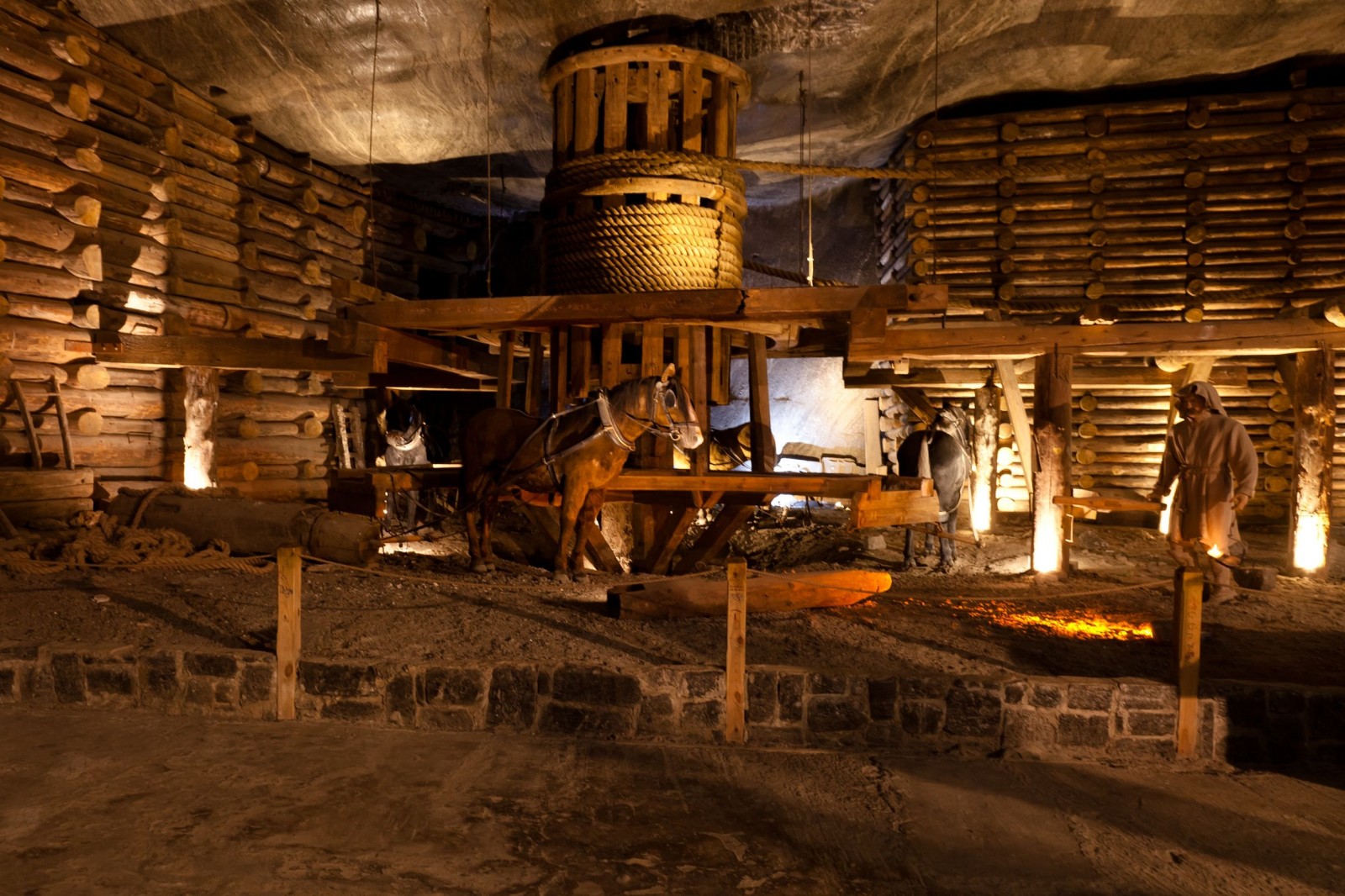 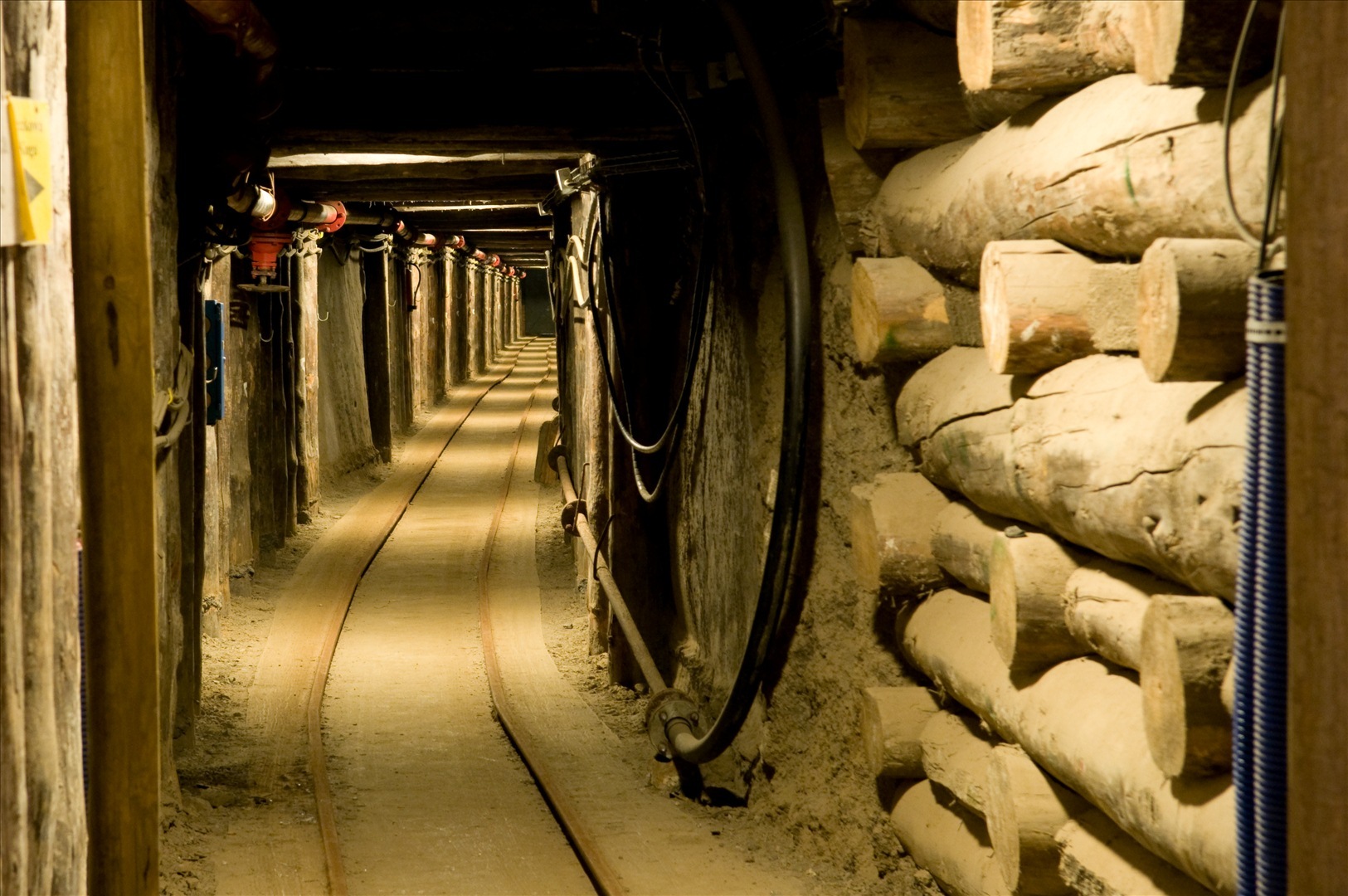 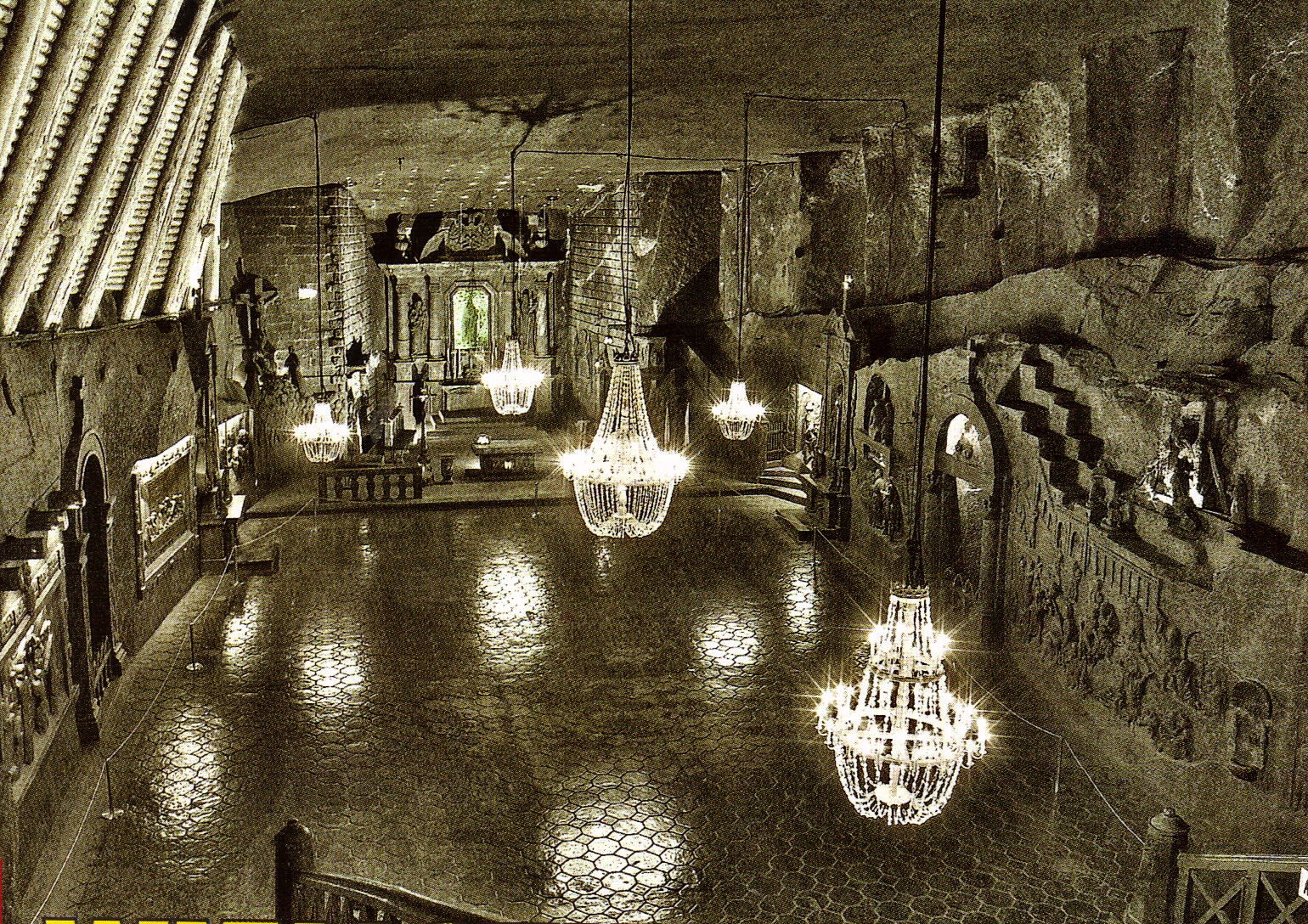 There is a chapel, and a reception room that is used for private functions, including weddings. A chamber has walls carved by miners to resemble wood, as in wooden churches built in early centuries.

A wooden staircase with 378 steps provides access to the mine’s 64-meter (210-foot) level. A 3-kilometer (1.9-mile) tour features corridors, chapels, statues, and underground lake, 135 metres (443 ft) underground. An elevator returns visitors to the surface; the elevator holds 36 persons (nine per car) and takes some 30 seconds to make the trip.