Located in the city of Kitakyushu, Japan, Kawachi Fuji Garden is home to an incredible 150 Wisteria flowering plants spanning 20 different species. The garden’s main attraction is the Wisteria tunnel that allows visitors to walk down an enchanting tunnel exploding with colour.

Located about 6 hours (according to Google Maps) from Tokyo, the best time to visit is from late April to mid May, typically peaking at the end of April. The garden is private so there is an entry fee. 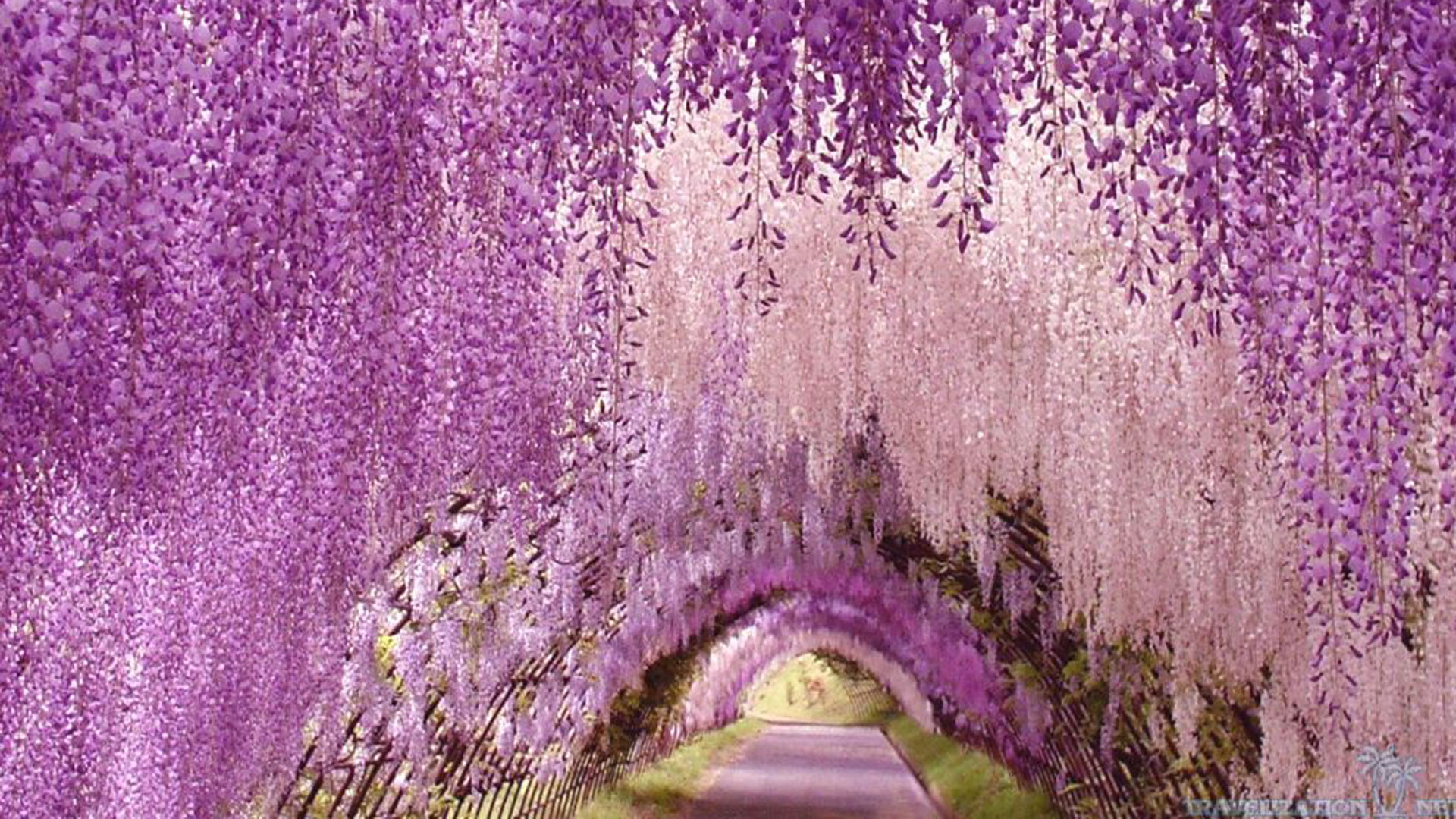 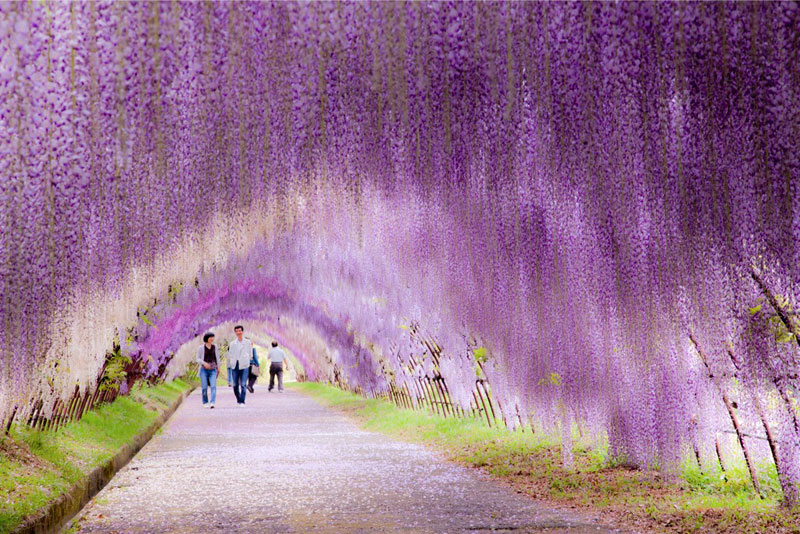 Wisteria is a genus of flowering plants in the pea family, Fabaceae, that includes ten species of woody climbing vines native to the Eastern United States and to China, Korea, and Japan. Wisteria vines climb by twining their stems either clockwise or counterclockwise round any available support. They can climb as high as 20 m (65.6 ft) above the ground and spread out 10 m (32.8 ft) laterally. The world’s largest known Wisteria vine is in Sierra Madre, California, measuring more than 1 acre (0.40 ha) in size and weighing 250 tons, planted in 1894 of the Chinese lavender variety. 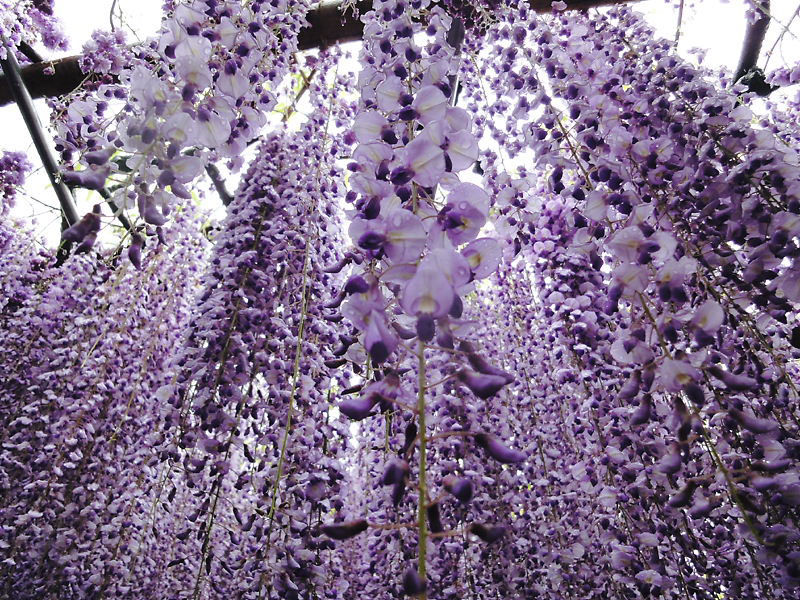 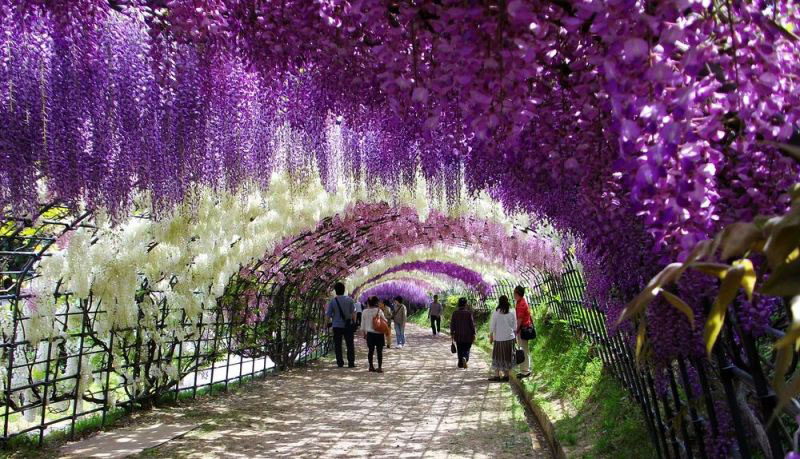 The leaves are alternate, 15 to 35 cm long, pinnate, with 9 to 19 leaflets. The flowers are produced in pendulous racemes 10 to 80 cm long and are purple, violet, pink or white. Flowering is in the spring (just before or as the leaves open) in some Asian species, and in mid to late summer in the American species and W. japonica. The flowers of some species are fragrant, most notably Chinese Wisteria. 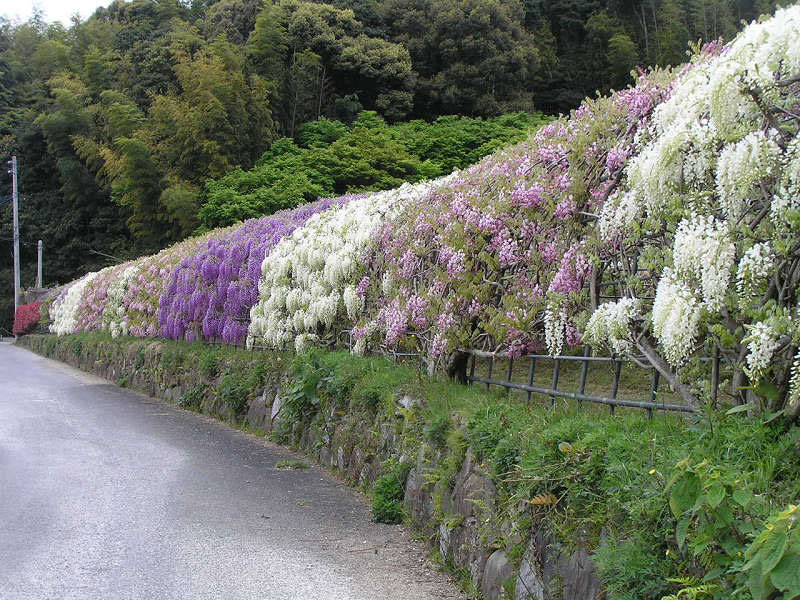