The Danxia landform refers to various landscapes found in southeast and southwest China that “consist of a red bed characterized by steep cliffs”. It is a unique type of petrographic geomorphology found in China. Danxia landform is formed from red-coloured sandstones and conglomerates of largely Cretaceous age. The landforms look very much like karst topography that forms in areas underlain by limestones, but since the rocks that form danxia are sandstones and conglomerates, they have been called “pseudo-karst” landforms.

The first studies were conducted on what are now referred to as Danxia landforms were conducted at Mt. Danxiashan, located near Shaoguan, China. In the 20s and 30s Chinese geologists made an effort to learn more about these interesting geomorphic structures. Similar in looks to karst topography, danxia landforms are made up uplifted continental crust that has been faulted and eroded, exposing large scarps of layered rock, red in color.

Danxia landforms cover several provinces in southeast China. Taining County, Fujian Province, has very good examples of “young” danxia landforms wherein deep, narrow valleys have been formed. As the landform gets older, valleys widen and one gets isolated towers and ridges.The danxia landform is named after Mount Danxia, one of the most famous examples of the danxia landform. A very peculiar feature of danxia landscape is the development of numerous caves of various sizes and shapes. The caves tend to be shallow and isolated, unlike true karst terrain where caves tend to form deep, interconnecting networks. In 2010, several danxia landscapes in southern China, with a general name of “China Danxia”, were inscribed as a World Heritage Site. The six inscribed danxia landform areas are: Mount Langshan and Mount Wanfoshan (Hunan Province), Mount Danxia (Guangdong Province), Taining and Guanzhishan (Fujian Province), Mount Longhu and Guifeng (Jiangxi Province), Fangyan, Mount Jianglang (Zhejiang Province), and Mount Chishui (Guizhou Province). The total core area of 6 regions above is 73945 ha, and the total buffer area is 65446 ha. 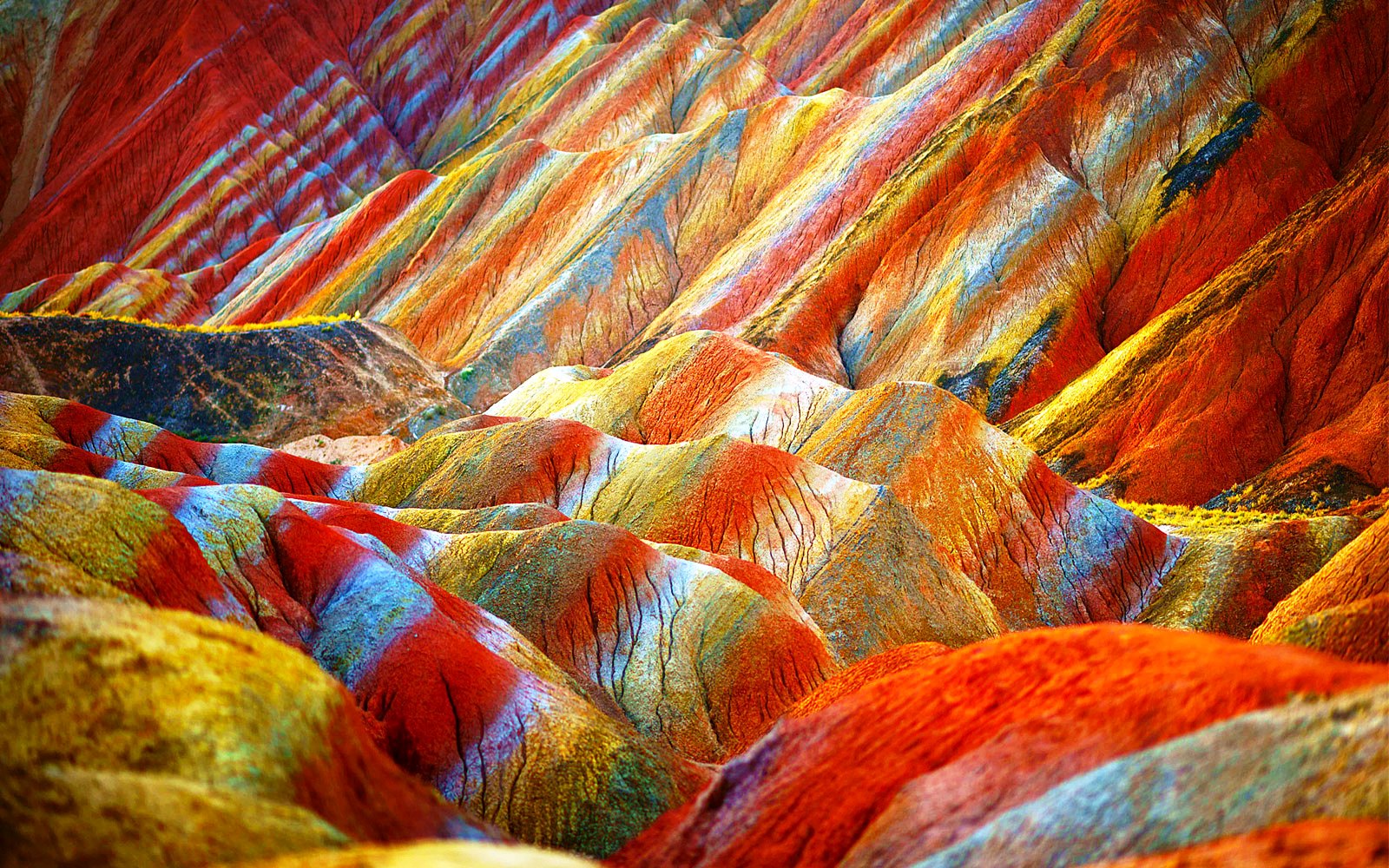 Around 80 million years ago the building blocks of danxia landforms were brought in. They consisted of cretaceous red sandstone and conglomerate laid down through sedimentation of lakes and streams. After another 15 million years tectonic plate movement exposed many faults. About 23 ma ago, movement of the Himalayan range, disturbed the land around Guandong, China creating much uplift and completely changing the topography of the area. Over millions of years the steep cliffs that can be seen today were formed through weathering and erosion, exposed by faults. This geology can be seen at Danxiashan Geopark in China, where there is about 290 square kilometers of streams, forest and towering danxian rock formations. 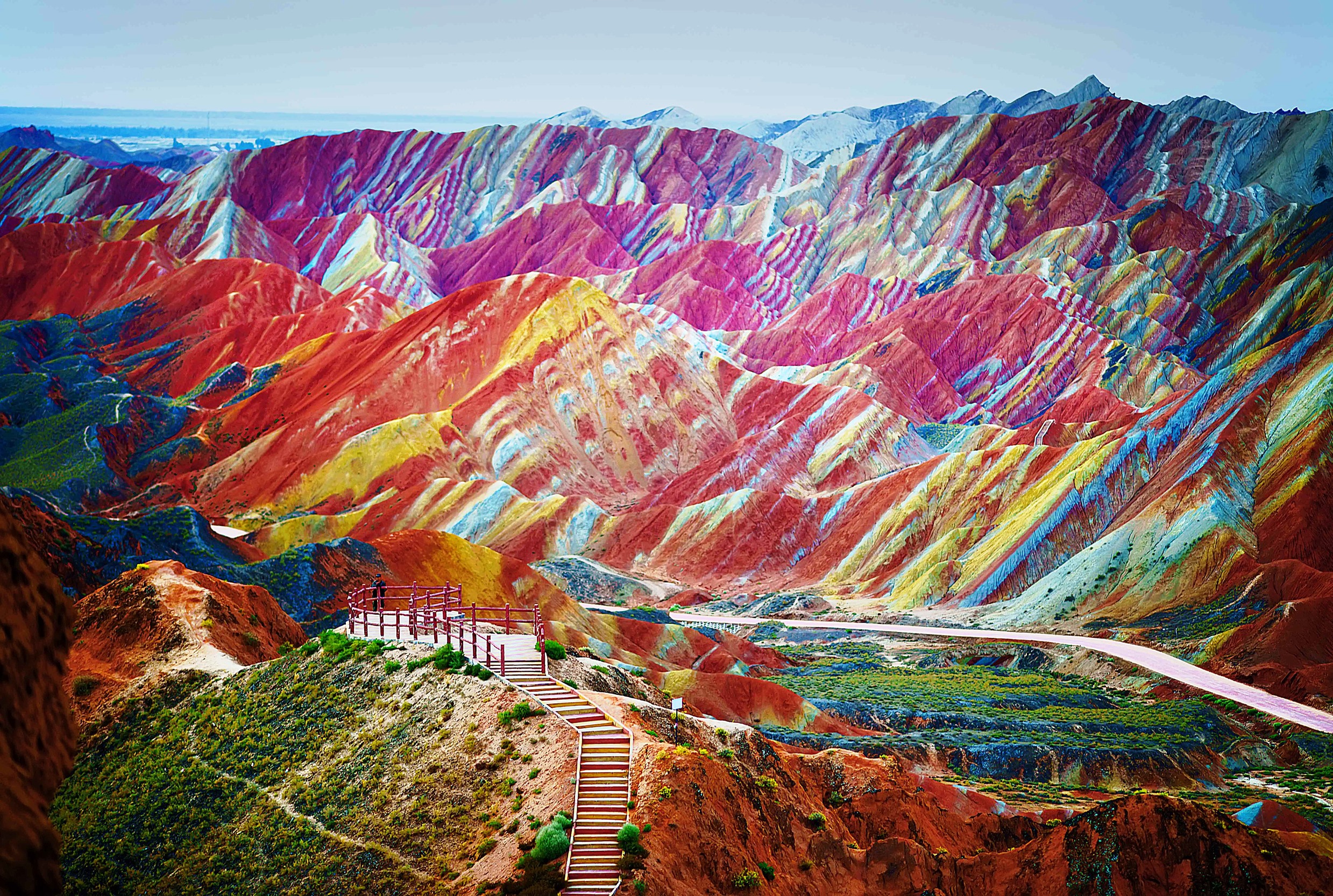 In an effort to learn more about danxia topography, a study on the geomorphology of an area in China was conducted. Mt Danxia was the focus of the research, taking Digital Elevation Matrix (DEM) based data from many watersheds and basins in the area. Understanding the hydrology of the area can tell a lot about the nearby formations. For example, “localized erosion has enhanced deepening of existing fractures rather than lateral erosion to form deep and narrow valleys, while long-term erosion provided large and gentle watersheds.” This study is a great example of the use of ArcGIS. These scientists took maps of the area and overlaid certain features they wanted to measure, such as stream length and size.