Fordlândia is a now-abandoned, prefabricated industrial town established in the Amazon Rainforest in 1928 by American industrialist Henry Ford to secure a source of cultivated rubber for the automobile manufacturing operations of the Ford Motor Company in the United States. Ford had negotiated a deal with the Brazilian government granting his newly formed Companhia Industrial do Brasil a concession of 10,000 km² of land on the banks of the Rio Tapajós near the city of Santarém, Brazil, in exchange for a 9% interest in the profits generated.

The project was ultimately a total failure. Despite repeated invitations from residents and periodic promises to do so, Henry Ford never actually visited his ill-fated jungle city. 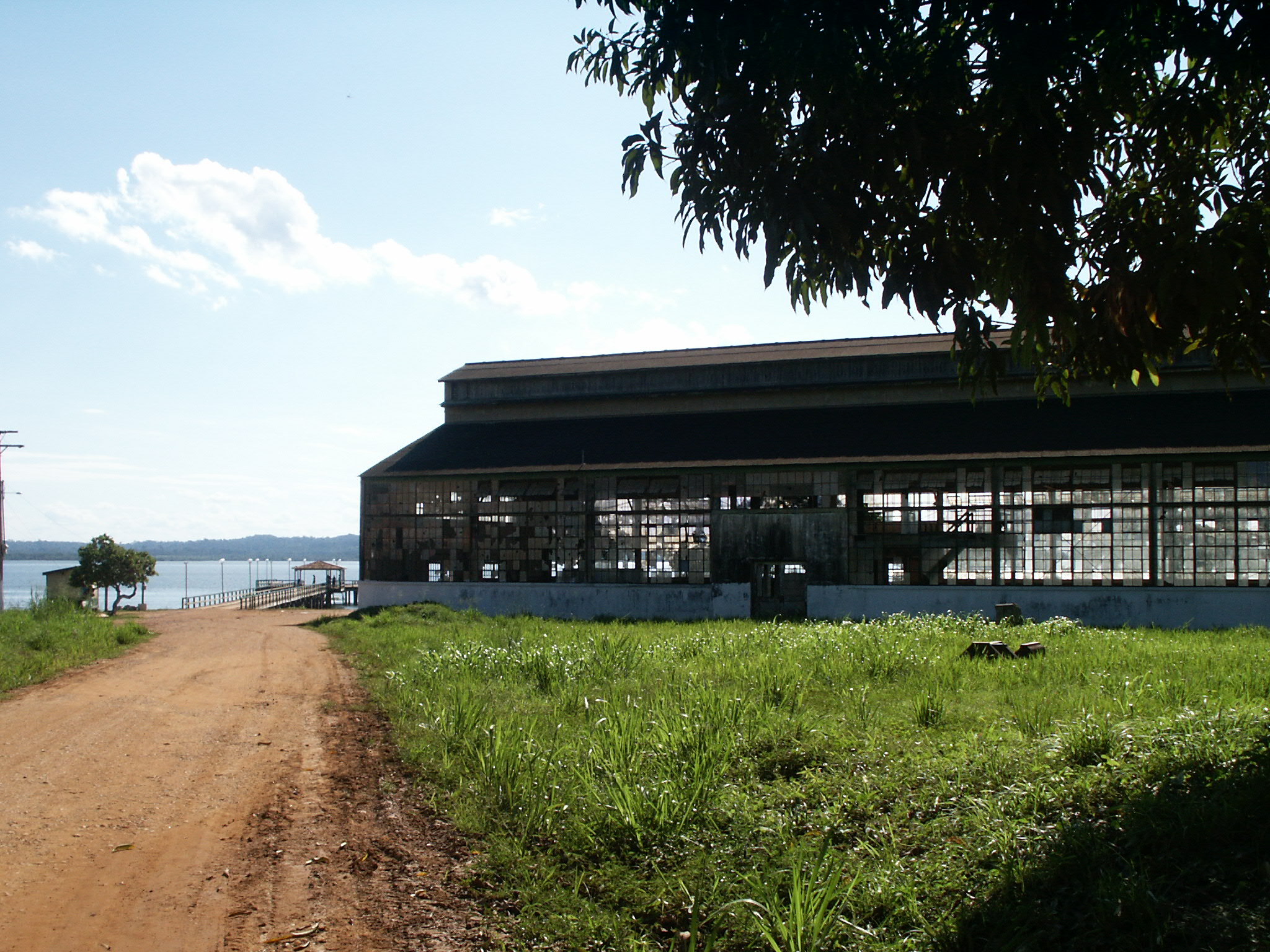 Ford intended to use Fordlândia to provide his company with a source of rubber for the tires on Ford cars, avoiding the dependence on British (Malayan) rubber. The land was hilly, rocky and infertile. None of Ford’s managers had the requisite knowledge of tropical agriculture. The rubber trees, packed closely together in plantations, as opposed to being widely spaced in the jungle, were easy prey for tree blight, sauva ants, lace bugs, red spiders, and leaf caterpillars, a problem absent from the Asian rubber plantations, where transplanted Amazonian rubber trees faced no natural predators. The mostly indigenous workers on the plantations, given unfamiliar food such as hamburgers and forced to live in American-style housing, disliked the way they were treated—they had to wear ID badges, and work through the middle of the day under the tropical sun—and would often refuse to work. In 1930 the native workers revolted against the managers, many of whom fled into the jungle for a few days until the Brazilian Army arrived and the revolt ended.

Ford forbade alcohol, women and tobacco within the town, including inside the workers’ own homes. The inhabitants circumvented this prohibition by paddling out to merchant riverboats moored beyond town jurisdiction and a settlement was established five miles upstream on the “Island of Innocence” with bars, nightclubs and brothels.

The government of Brazil was suspicious of any foreign investments, particularly in the northern Amazonian region, and offered little help. Ford tried again, relocating downstream to Belterra where better weather conditions to grow rubber existed, but by 1945 synthetic rubber had been developed, reducing world demand for natural rubber. Ford’s investment opportunity dried up overnight without producing any rubber for Ford’s tires, making Fordlândia a total disaster. In 1945, Henry Ford’s grandson Henry Ford II sold it for a loss of over US$20 million ($208 million 2013 dollars).