The Derweze Crater, also known as the Door to Hell, is a natural gas field in Derweze (also spelled Darvaze, meaning “gate”), Ahal Province, Turkmenistan. The Door to Hell is noted for its natural gas fire which has been burning continuously since it was lit by Soviet petrochemical scientists in 1971. The fire is fed by the rich natural gas deposits in the area. The pungent smell of burning sulfur pervades the area for some distance.

The field is situated near the Derweze village. It is in the middle of the Karakum Desert, about 260 kilometres (160 mi) north from Ashgabat. The gas reserve found here is one of the largest in the world. The name, “Door to Hell”, was given to the field by the locals, referring to the fire, boiling mud, and orange flames in Derweze’s large crater with a diameter of 70 metres (230 ft). The hot spots range over an area with a width of 60 metres (200 ft) and to a depth of about 20 metres (66 ft). 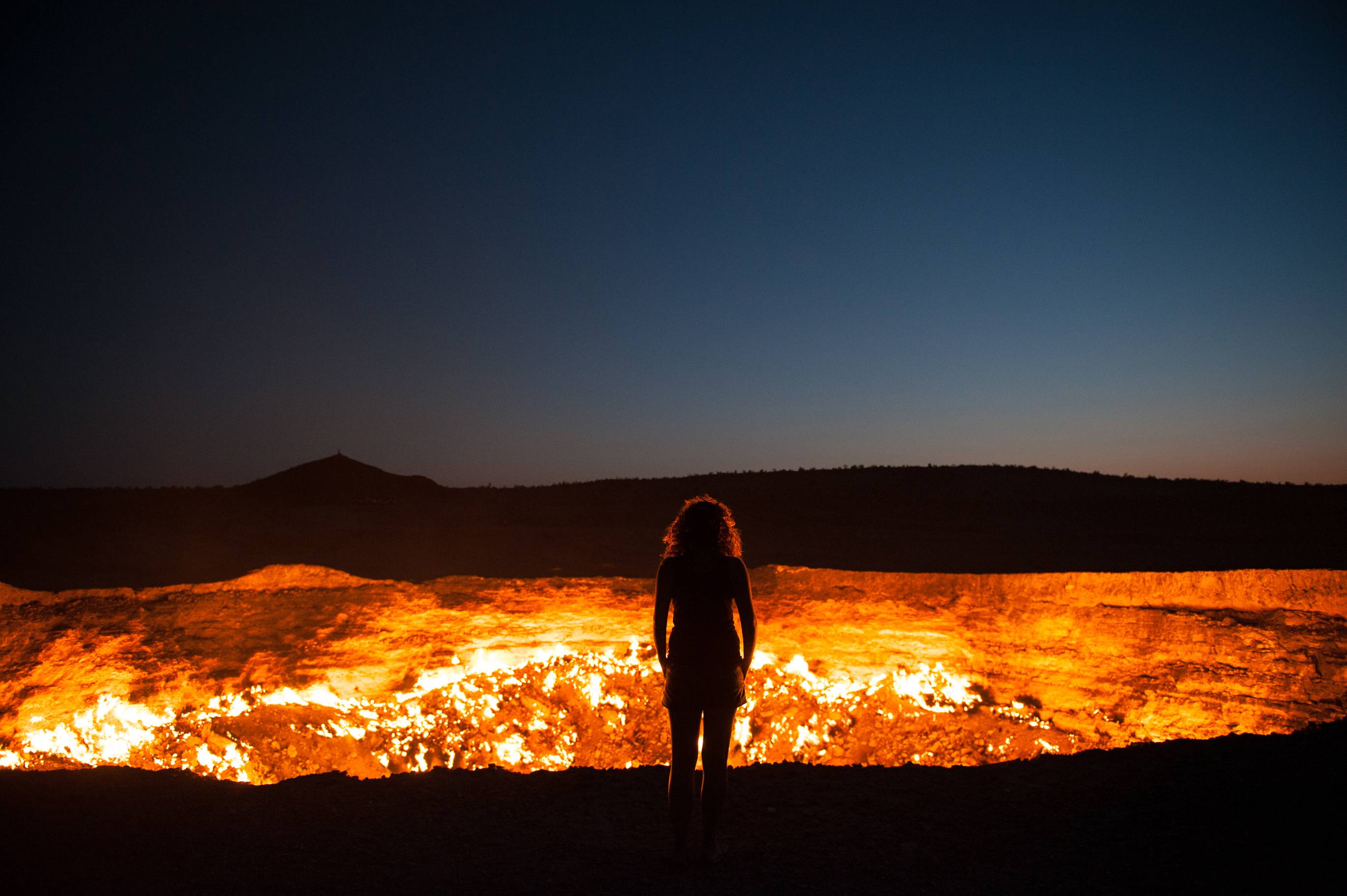 The site was identified by Soviet scientists in 1971. It was thought to be a substantial oil field site. The scientists set up a drilling rig and camp nearby, and started drilling operations to assess the quantity of gas reserve available at the site. As the Soviets were pleased with the success of finding the gas resources, they started storing the gas. The ground beneath the drilling rig and camp collapsed into a wide crater and disappeared. No lives were lost in the incident. Large quantities of methane gas were released, however, creating an environmental problem and posing a potential danger to the people of the nearby villages.

Fearing the further release of poisonous gases from the cavern, the scientists decided to burn it off. They thought that it would be safer to burn it than to extract it from underground through expensive methods. Environmentally, setting gas on fire is the next best solution when the circumstances are such that it cannot be extracted for use. At that time, expectations were that the gas would burn out within a few weeks, but has continued to burn more than four decades after it was set on fire. 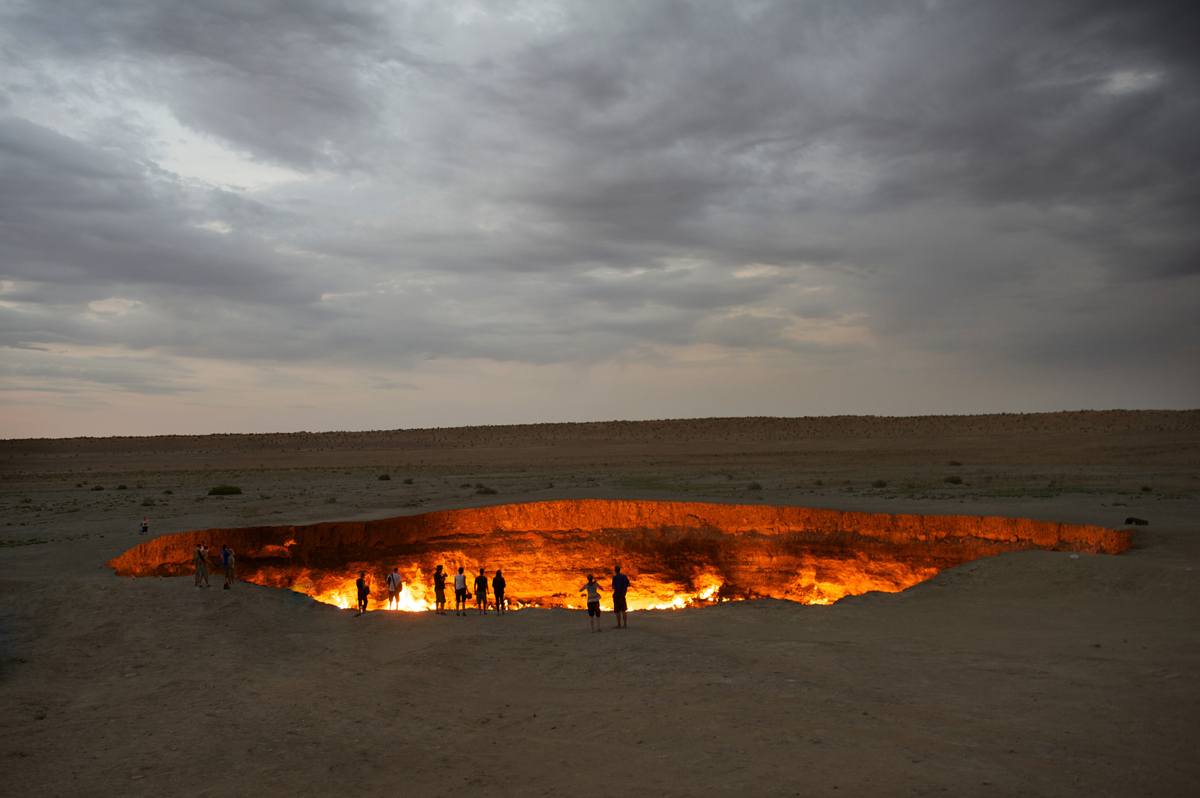 Effects on future development of gas

In April 2010, the president of Turkmenistan, Gurbanguly Berdimuhamedow, visited the site and ordered that the hole should be closed, or measures be taken to limit its influence on the development of other natural gas fields in the area. Turkmenistan plans to increase its production of natural gas, intending to increase its export of gas to Pakistan, China, India, Iran, Russia, and Western Europe from its present level to 75 million cubic metres (2.6×109 cu ft) in the next 20 years.

As of 2014, the hole is still burning. It has now become an international tourist destination.