Mar Sem Fim (“Endless Sea” in English) is a Brazilian yacht that was shipwrecked, sunk and subsequently got frozen in ice in Maxwell Bay of Ardley Cove, Antarctica, about 1,200 kilometers south of tip of South America, in April 7th, 2012. The yacht that belonged to the famed Brazilian journalist and entrepreneur João Lara Mesquita, was manned by four crews who were filming a documentary off the Antarctic coast when the boat capsized. Strong winds in excess of 100-kilometer per hour had tossed the boat from one side to the other “like a bucking bronco in a rodeo,” according to one crew member. With their vessel trapped in ice, the crew radioed for help and was received by the Chilean navy in the base in Bahia Fildes, in Antarctica. All four researchers were eventually rescued but bad weather delayed the process by two days. João Lara Mesquita, who was also in the yacht, wrote in his blog: 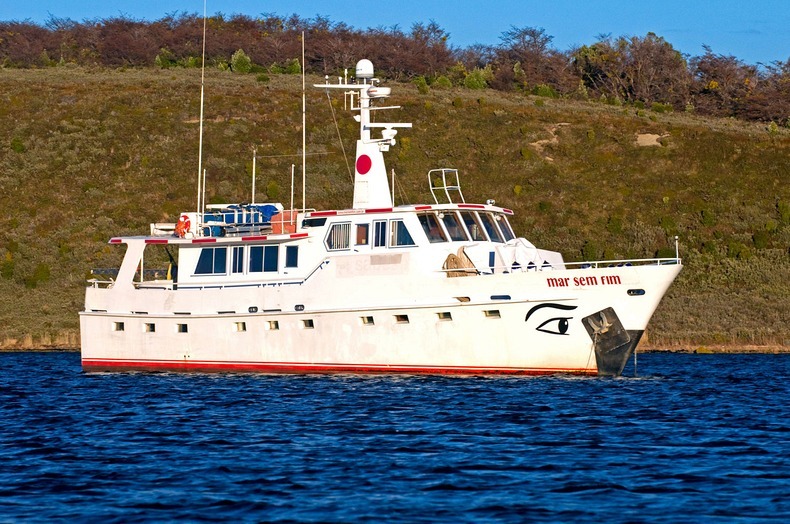 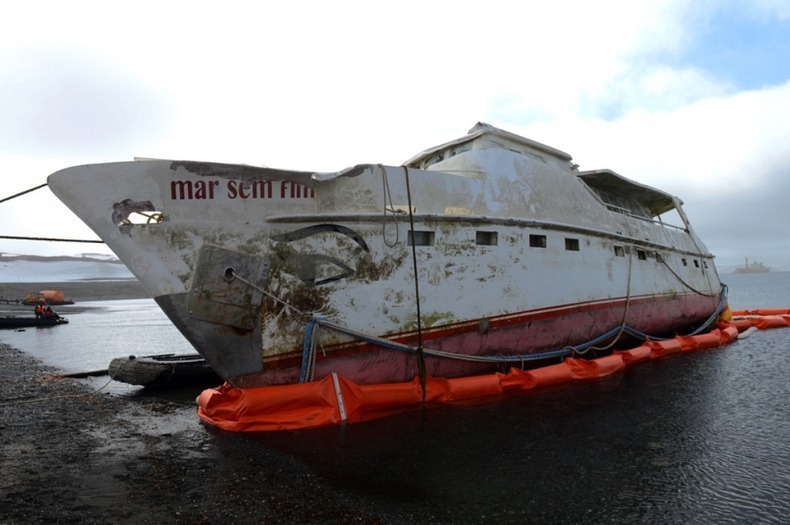 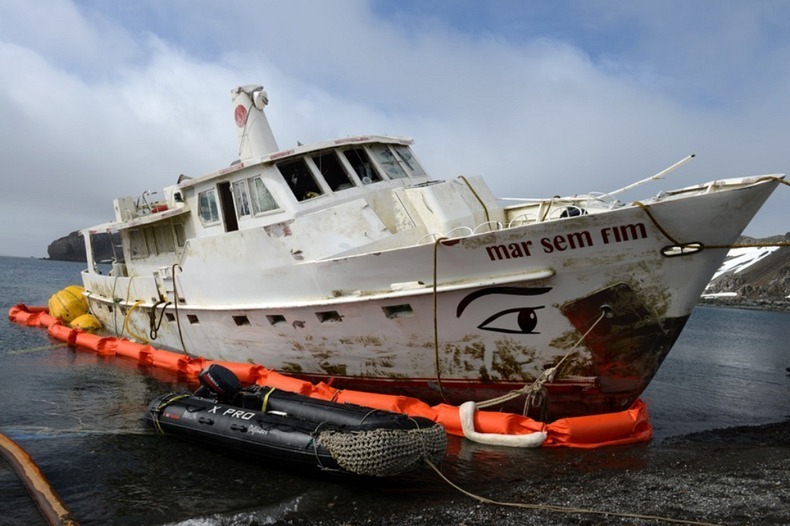 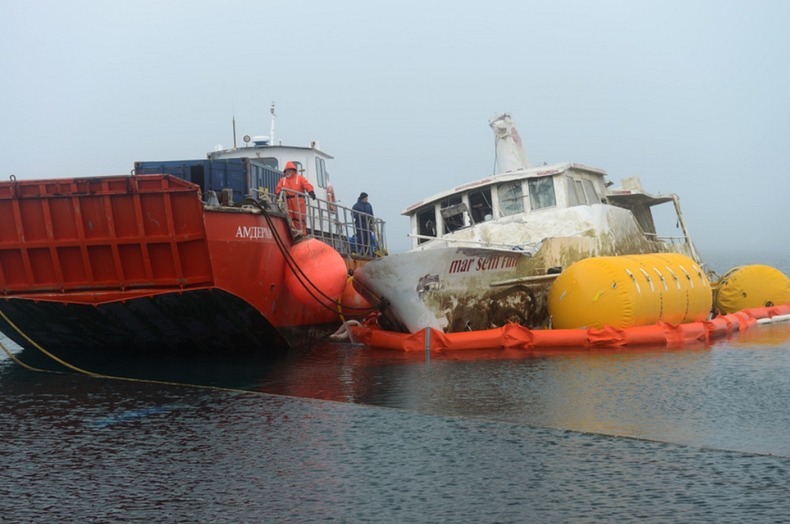 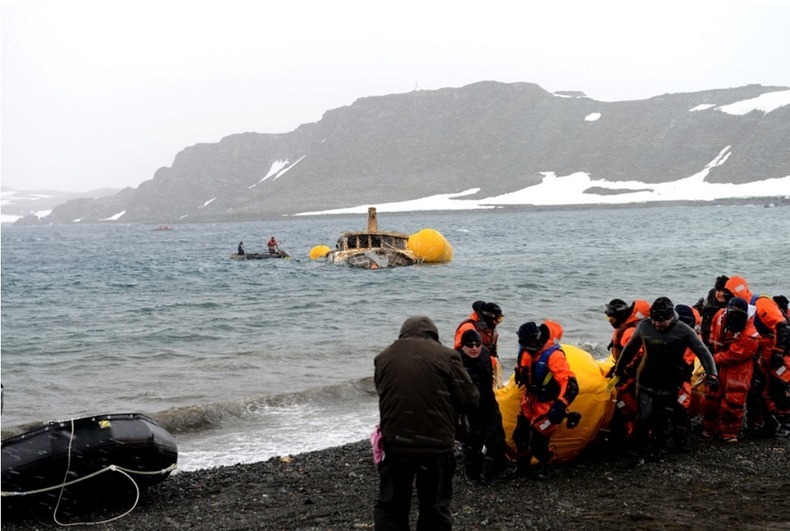 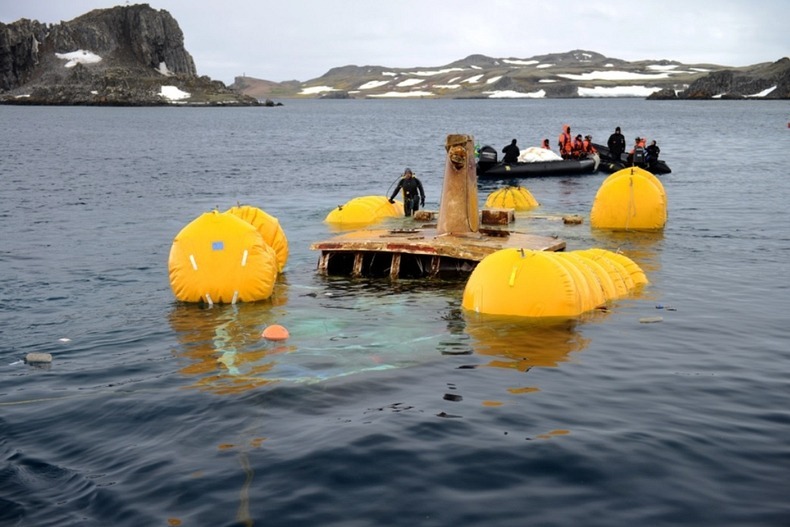 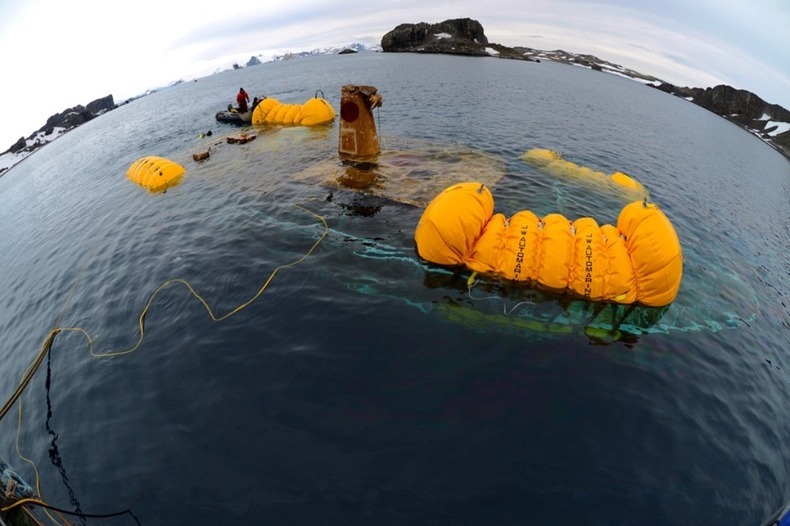 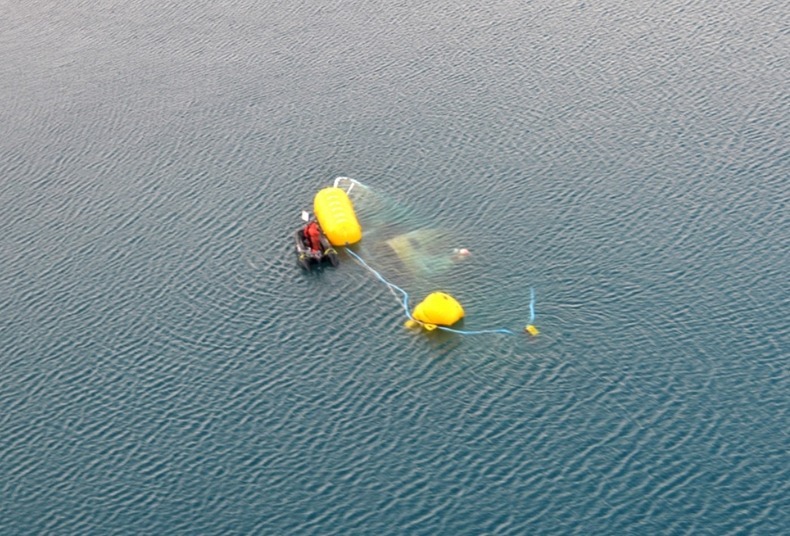 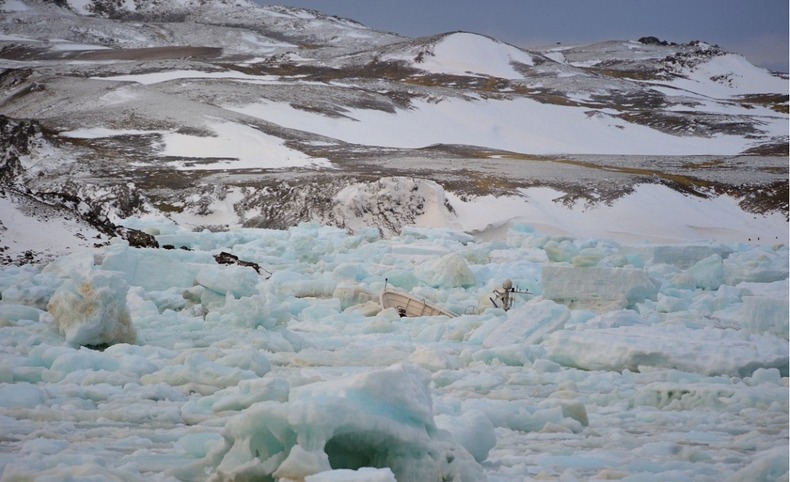 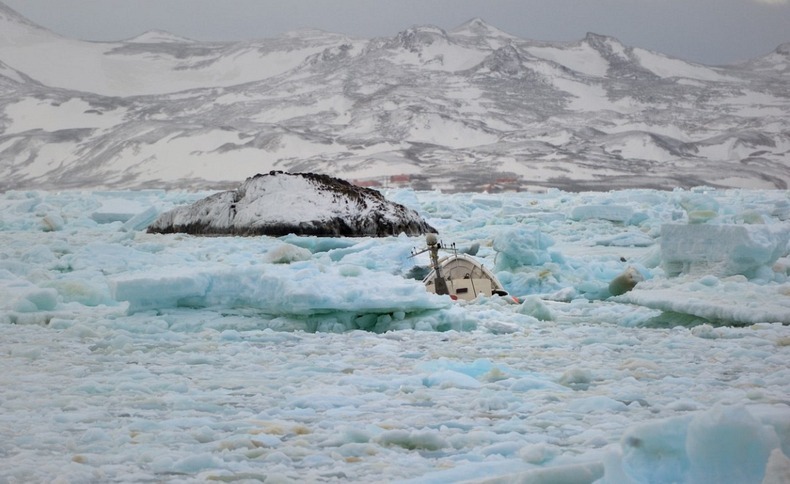 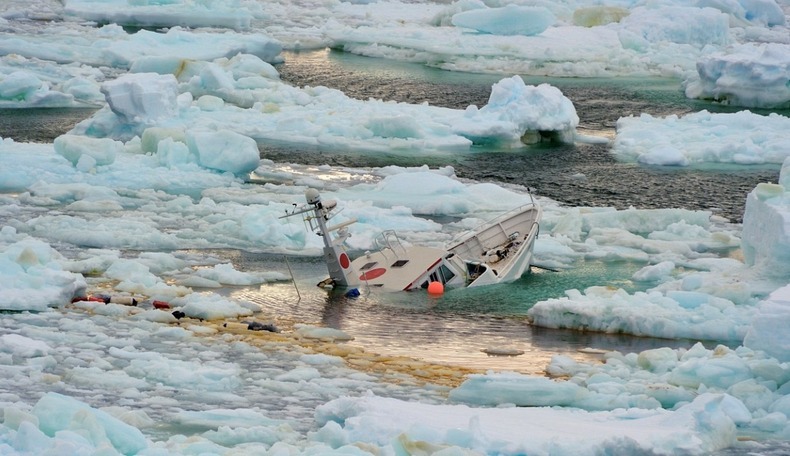 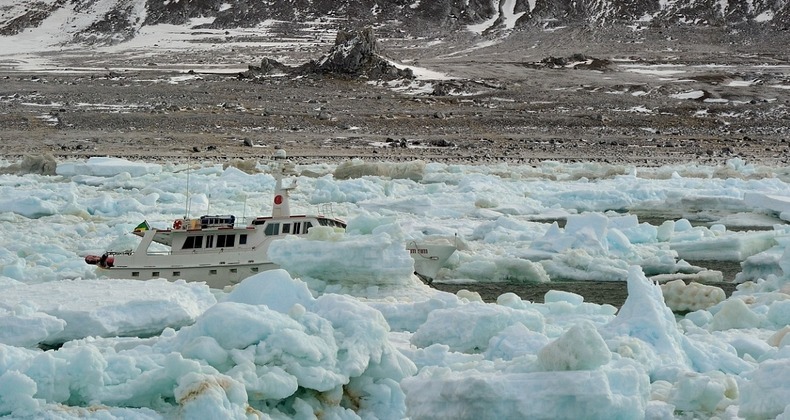 Then, with strong winds and high waves, the boat Frei came to us. Our evacuation was epic. Waves of more than 1.5 meters and winds over 40 knots made the boat jump from one side to another, like a bucking bronco. When it got close, each of us … threw ourselves into the arms of three Chilean crew members. Fortunately all went safely.

Mar Sem Fim, however, couldn’t be rescued. The near-freezing water that had been tossed over the ship, later froze and then split the hull when it expanded. This phenomena is called compression, and is what was later determined to have been the final blow to the hull of the Mar Sem Fim, sending her to the bottom of the shallow bay. The boat lay in about 30 feet of water, preserved and visible from above, for almost a year, until her recent rescue in early 2013. Owner João Lara Mesquita managed to return to the site and when the weather cooperated, sent divers who wrapped strong lines under the hull and attached them to inflated buoys on either side. The buoys were continuously inflated, slowly raising the vessel that had been underwater for almost a year. Once the vessel was surfaced, it was towed back to the shore where the researchers recovered their equipment and the Mar Sem Fim will most likely head for salvage. The ship was reportedly insured for $700,000, however, the breached hull and damage from being submerged for 10 months would seem to indicate the vessel is beyond repair.