Spread across the beautiful rolling hills of Rakhine in Western Burma, lies a little known archeological site—the medieval town of Mrauk U. Once the capital of the powerful Arakan empire where Portuguese, Dutch and French traders rubbed shoulders with the scholars of Bengal and Mughal princes on the run, Mrauk U is now a sleepy village where goat herders tend to their animals, farmers work their fields and women fetch water from the wells located among the hundreds of old temples and Buddhist pagodas that the Kings of Mrauk U erected during the city’s heydays. The Mrauk U Kingdom was founded in 1430 by King Min Saw Mon, and Mrauk U remained the capital for more than three hundred and fifty years, until 1785. At its peak, Mrauk U controlled half of Bangladesh and the western part of Lower Burma. Its fame spread to far Europe where it became known as a city of oriental splendor after the Portuguese missionary and traveler, Fray Sebastien Manrique, published a vivid account of the coronation of King Thiri Thudhamma in 1635 and about the Rakhine Court. As the city grew, the King and the rich inhabitants built many Buddhist pagodas and temples. Some are still being used as places of worship, and these are the main attraction of Mrauk-U. In fact, Mrauk U’s rich collection of temples and pagodas is second only to Bagan, but unlike Bagan, Mrauk U isn’t swarmed with tourists. This is because the place is not easy to reach. There’s no airport, and the only way to get there is by a boat, which takes about 7 to 8 hours. One thing that sets Mrauk U apart from other popular archeological sites is the local life here that runs right in the heart of this historical site. Travel writer Robert Reid describes his visit to Mrauk U in a BBC article: 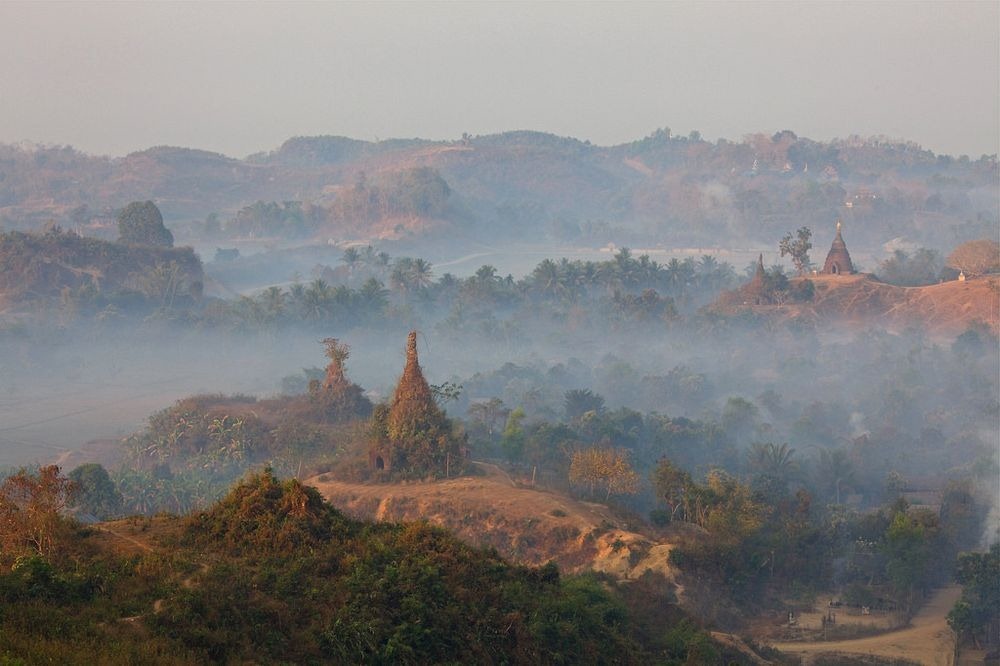 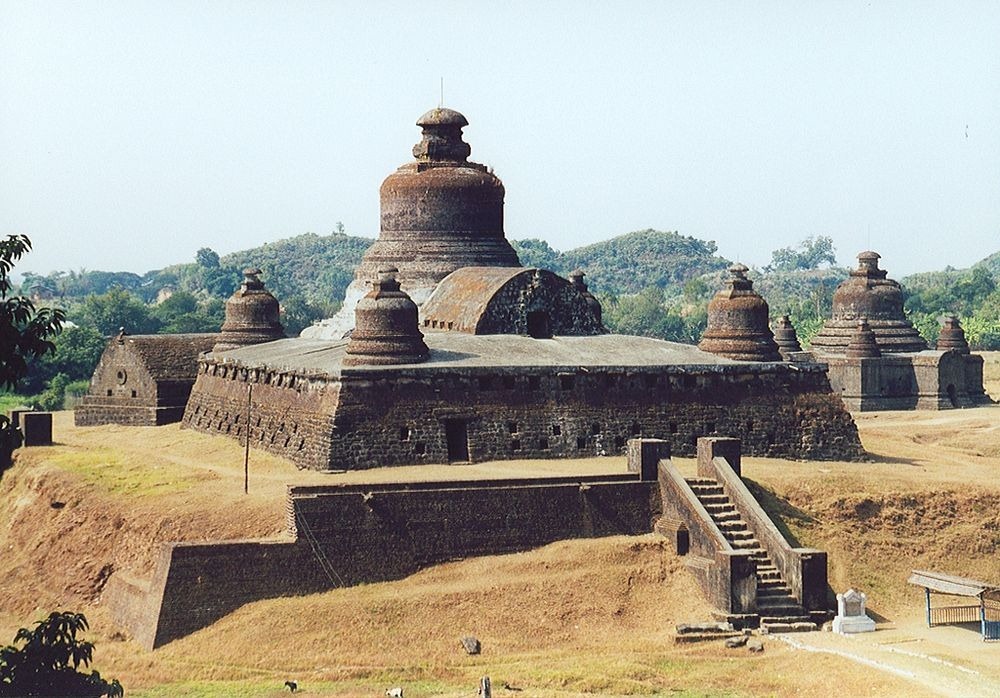 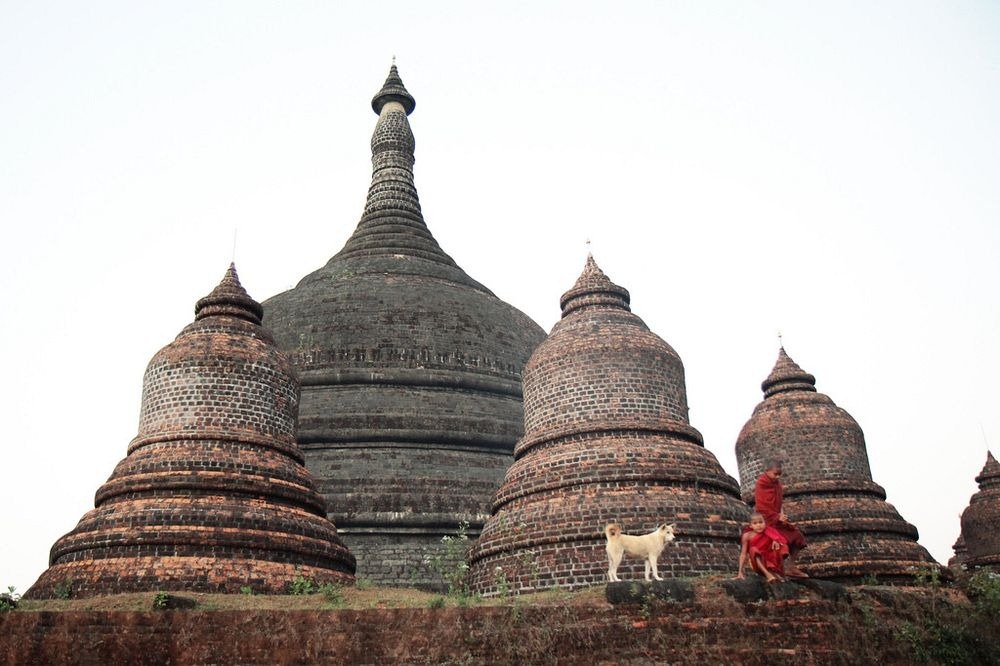 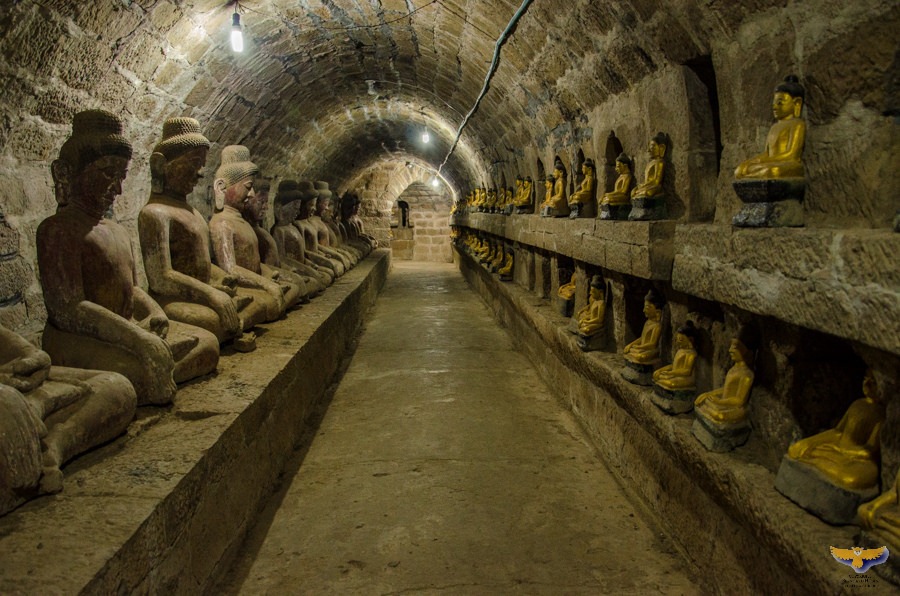 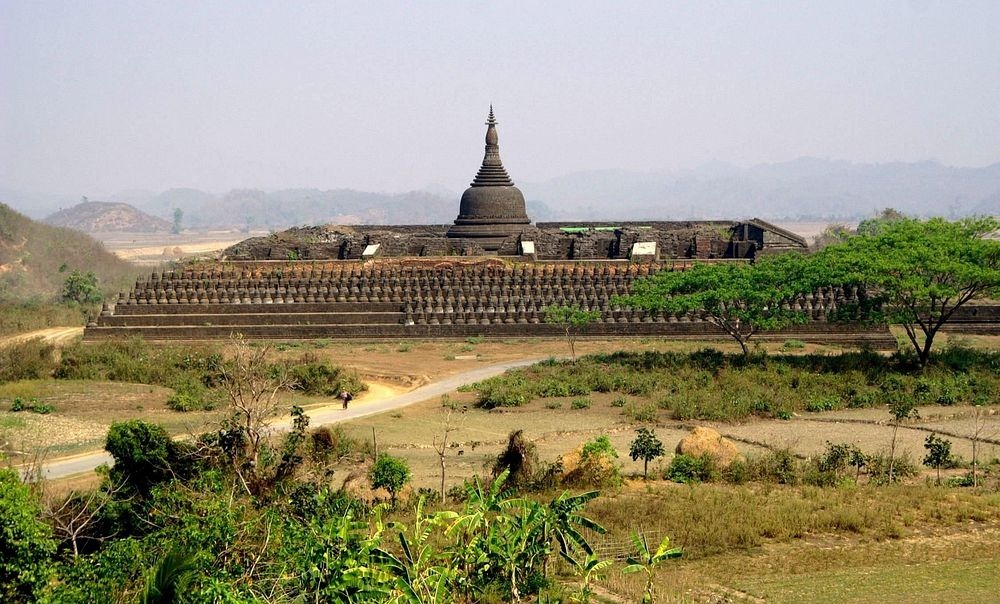 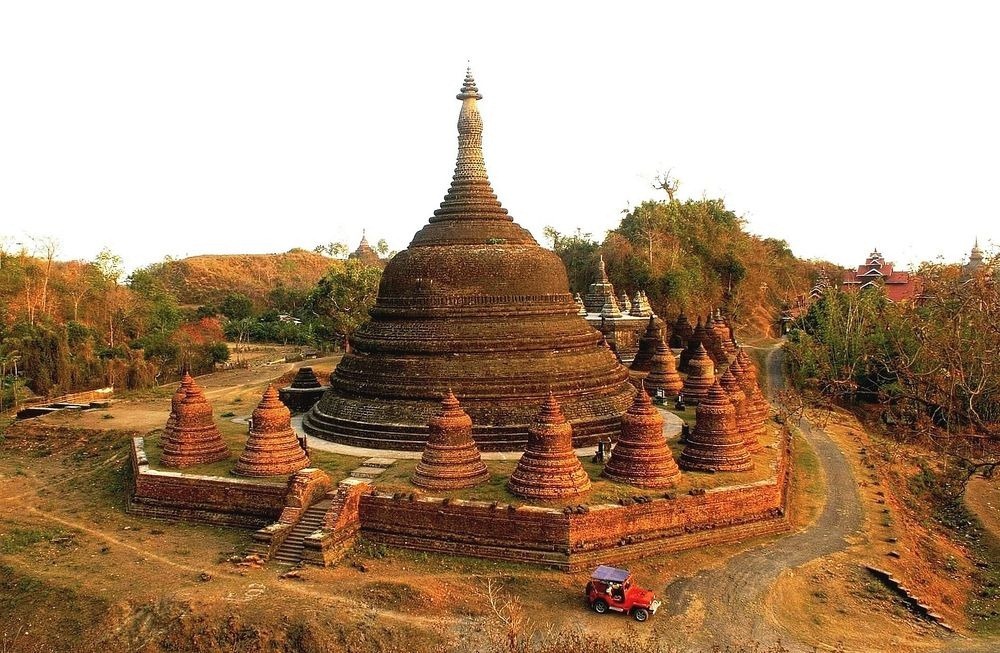 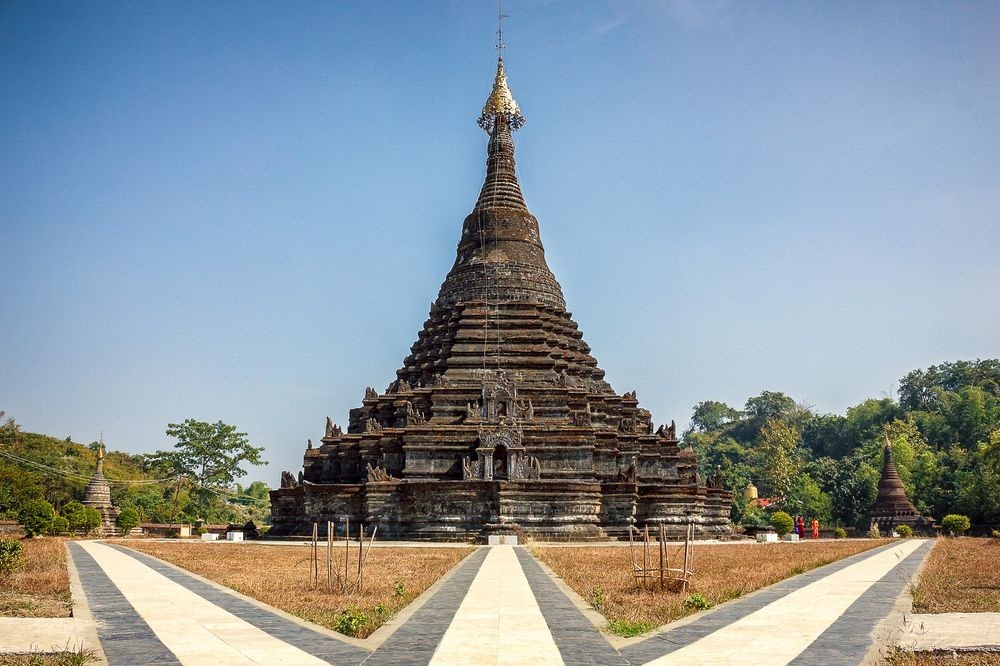 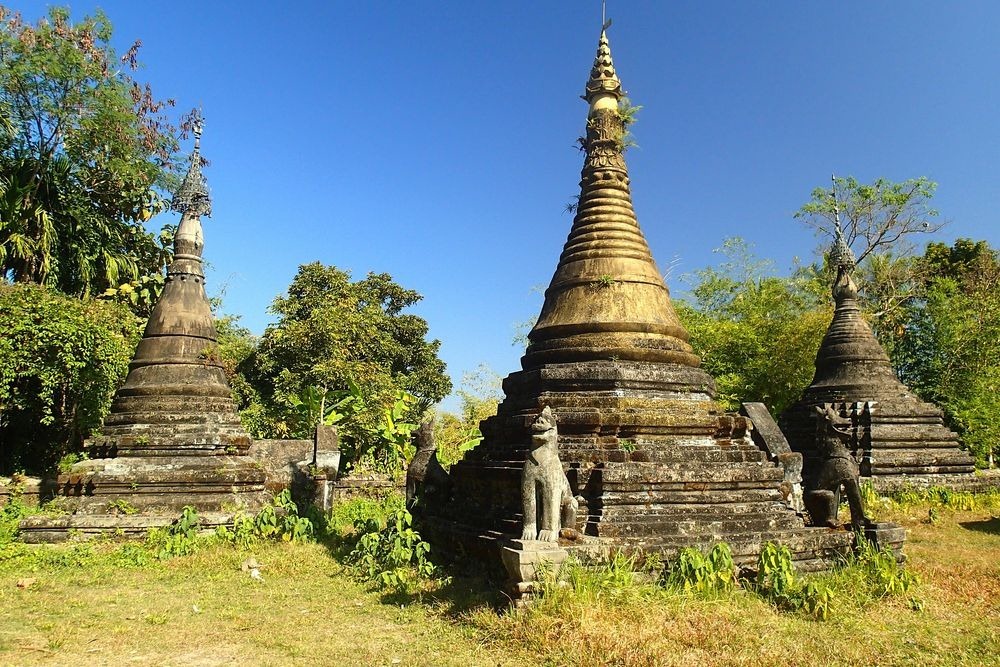 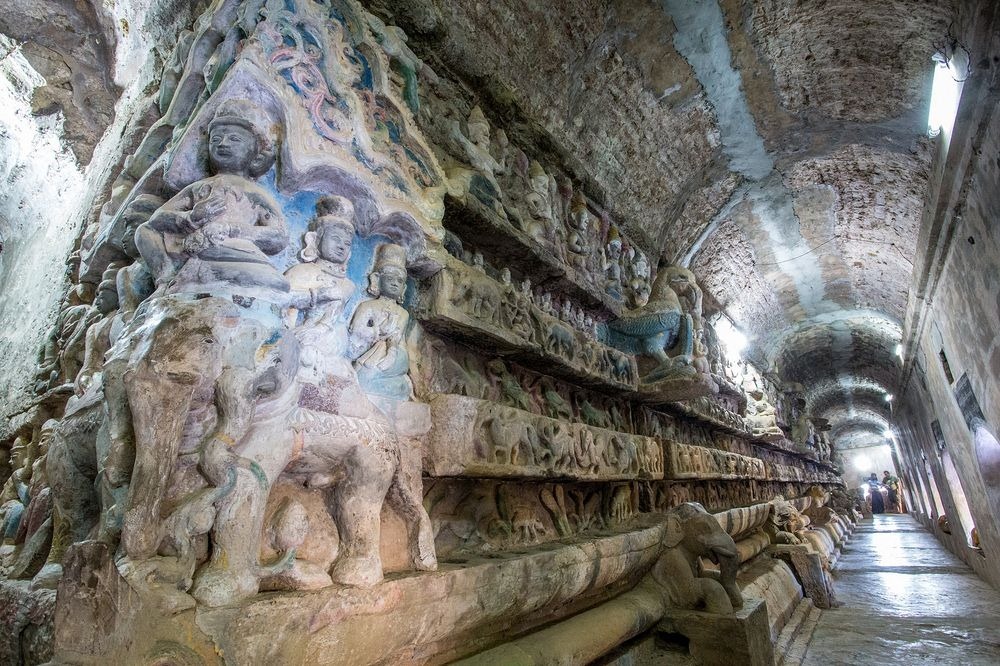 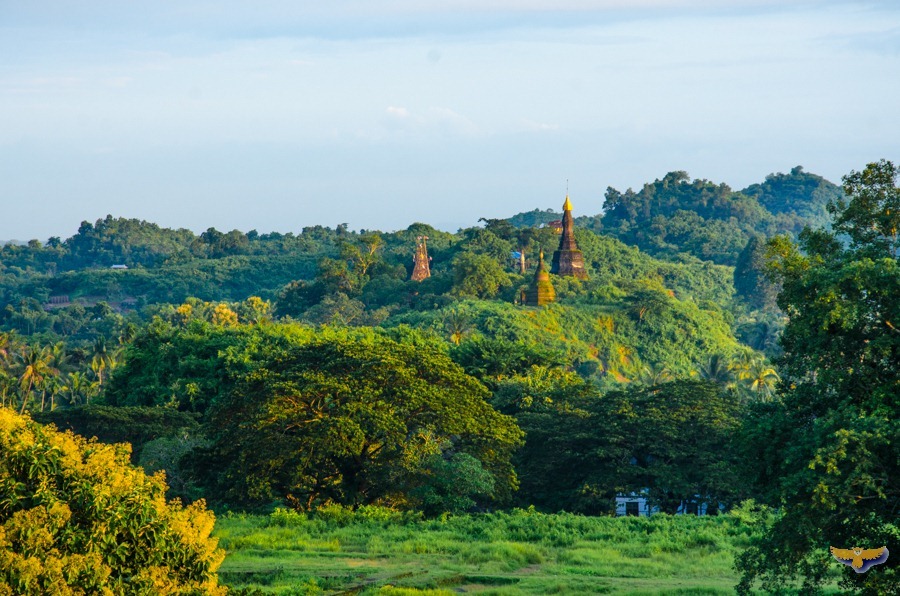 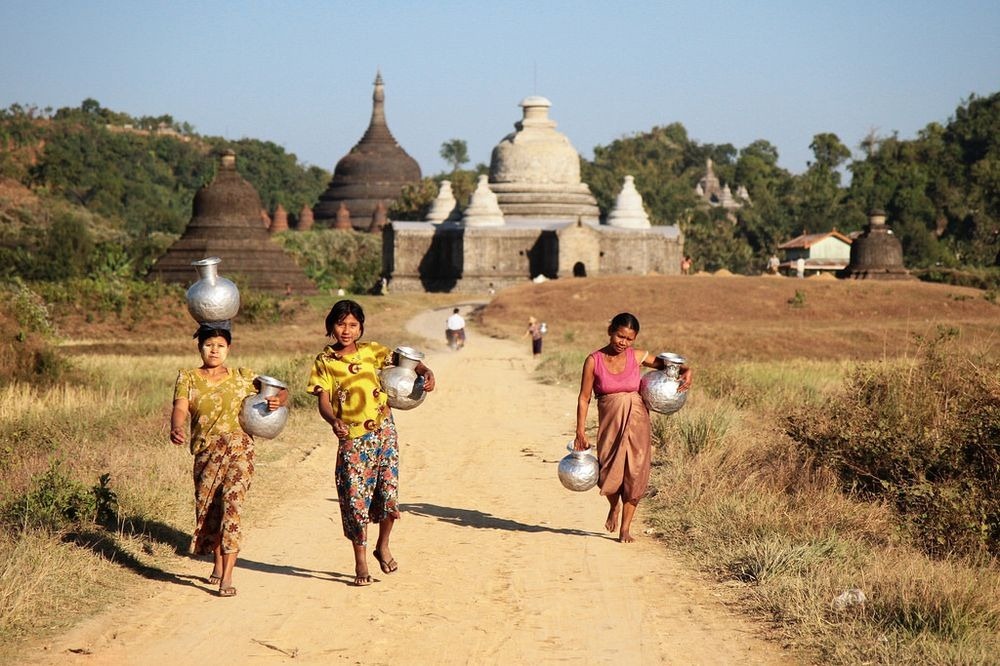 Another difference between Bagan and Mrauk U is that unlike in Bagan, none of the temples in Mrauk U are closed, and can be explored inside out. Although there are far more temples in Bagan than in Mrauk U, the views from the surrounding hills are no less breathtaking. The temples are also different to those in Bagan, made of hewn stone bricks rather than mud and brick. Some of the temples were built like bunkers with thick solid walls, and were probably used as places of refuge during times of war. Being the former capital of the Arakan empire, Mrauk U was surrounded by long defensive walls and moats, at the center of which stood the Royal Palace. Very little of the palace remains today.