The Wolf’s Lair (German: Wolfsschanze; Polish: Wilczy Szaniec) was Adolf Hitler’s first Eastern Front military headquarters in World War II. The complex, which became one of several Führerhauptquartiere (Führer Headquarters) in various parts of Central and Eastern Europe, was built for the start of Operation Barbarossa—the invasion of the Soviet Union—in 1941. It was constructed by Organisation Todt.

The top-secret, high-security site was in the Masurian woods about eight kilometres (five miles) east of the small East Prussian town of Rastenburg, in present-day Poland. Three security zones surrounded the central complex where the Führer’s bunker was located. These were guarded by personnel from the SS-Begleitkommando des Führers, Reichssicherheitsdienst and the Wehrmacht’s armoured Führerbegleitbrigade. Despite the security, the most notable assassination attempt against Hitler was made at Wolf’s Lair on 20 July 1944.

Hitler first arrived at the headquarters on 23 June 1941. In total, he spent more than 800 days at the Wolfsschanze during a ​3 1⁄2-year period until his final departure on 20 November 1944. In mid-1944, work began to enlarge and reinforce many of the Wolf’s Lair original buildings. The work was never completed because of the rapid advance of the Red Army during the Baltic Offensive in late 1944. On 25 January 1945, the complex was blown up and abandoned 48 hours before the arrival of Soviet forces.

Wolfsschanze is derived from “Wolf”, a self-adopted nickname of Hitler. He began using the nickname in the early 1930s and it was often how he was addressed by those in his intimate circle. “Wolf” was used in several titles of Hitler’s headquarters throughout occupied Europe, such as Wolfsschlucht I and II in Belgium and France and Werwolf in Ukraine.

Although the standard translation in English is “Wolf’s Lair,” a Schanze in German denotes a sconce, redoubt or temporary fieldwork.

The decision was made in late 1940 to build Wolf’s Lair in the middle of a forest, far from major roads and urban areas. The 6.5 km2 (2 1⁄2 sq mi) complex was completed by 21 June 1941 and consisted of three concentric security zones. About two thousand people lived and worked at Wolf’s Lair at its peak, among them twenty women, some of whom were required to sample Hitler’s food to test for poison.

The installations were served by a nearby airfield and railway lines. Buildings within the complex were camouflaged with bushes, grass, and artificial trees on the flat roofs; netting was also erected between buildings and the surrounding forest so that the installation looked like unbroken dense woodland from the air.

A facility for Army headquarters was also located near Wolf’s lair complex. The FBK and RSD had responsibility for Hitler’s personal security within the Wolf’s Lair while external protection of the complex was provided by the FBB, which had become a regiment by July 1944. The FBB was equipped with tanks, anti-aircraft guns, and other heavy weapons. Any approaching aircraft could be detected up to 100 km (60 mi) from the Wolf’s Lair. Additional troops were also stationed about 75 km (45 mi) away.

Hitler’s secretary Traudl Junge recalled that Hitler repeatedly spoke in late 1943 or early 1944 of a possible bomber attack on the Wolfsschanze by the Western Allies. She quoted Hitler as saying, “They know exactly where we are, and sometime they’re going to destroy everything here with carefully aimed bombs. I expect them to attack any day.”

According to Speer, between 28 July 1941 and 20 March 1942, Hitler left Rastenburg only four times for a total of 57 days. Afterwards, Hitler spent the next three months in Obersalzberg before returning to Rastenburg for the next nine months.

Hitler’s entourage returned to the Wolfsschanze from an extended summer stay at the Berghof in July 1944. The previous small bunkers had been replaced by the Organisation Todt with “heavy, colossal structures” of reinforced concrete as defense against the feared air attack. According to Armaments Minister Albert Speer, “some 36,000,000 marks were spent for bunkers in Rastenburg .”

Hitler’s bunker had become the largest, “a positive fortress” containing “a maze of passages, rooms and halls.” Junge wrote, “We had air-raid warnings every day” in the period between the 20 July assassination attempt and Hitler’s final departure from the Wolfsschanze in November 1944, “but there was never more than a single aircraft circling over the forest, and no bombs were dropped. All the same, Hitler took the danger very seriously, and thought all these reconnaissance flights were in preparation for the big raid he was expecting.”

No air attack ever came. It has never been revealed whether the Western Allies knew of the Wolfsschanze’s location and importance. The Soviet Union was unaware of both the location and the scale of the complex until it was uncovered by their forces in their advance towards Berlin in early 1945. 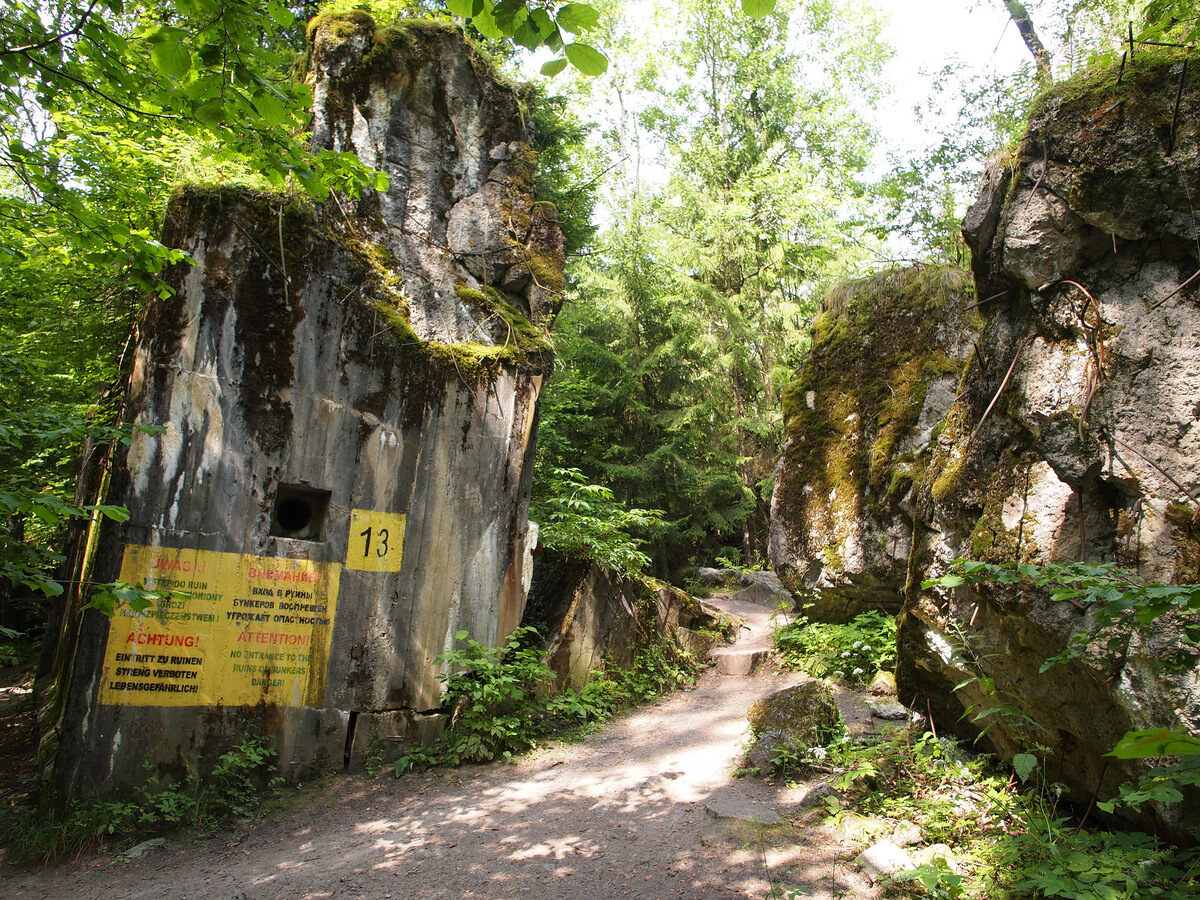 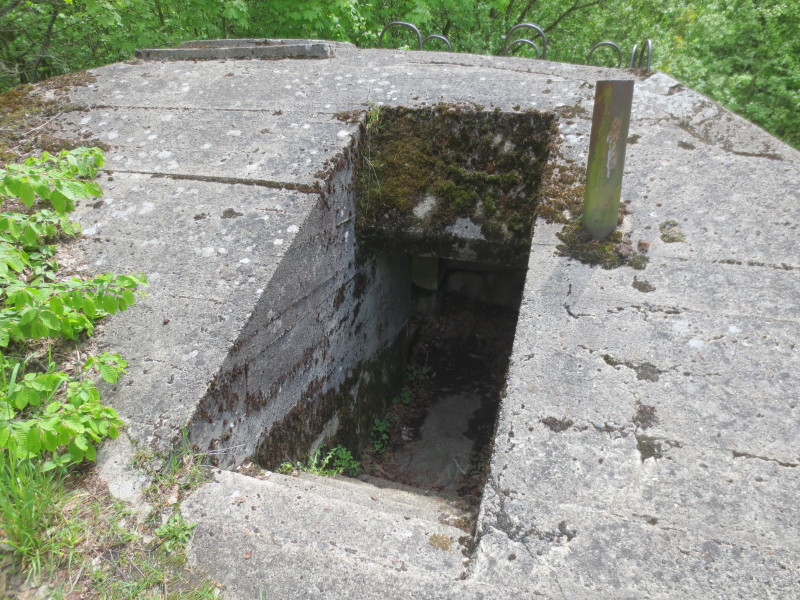 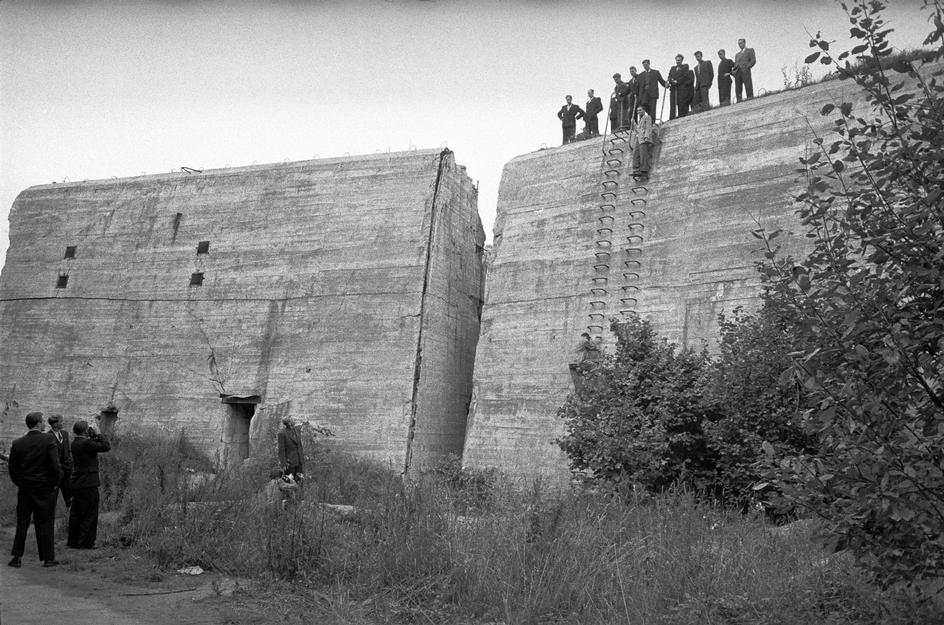 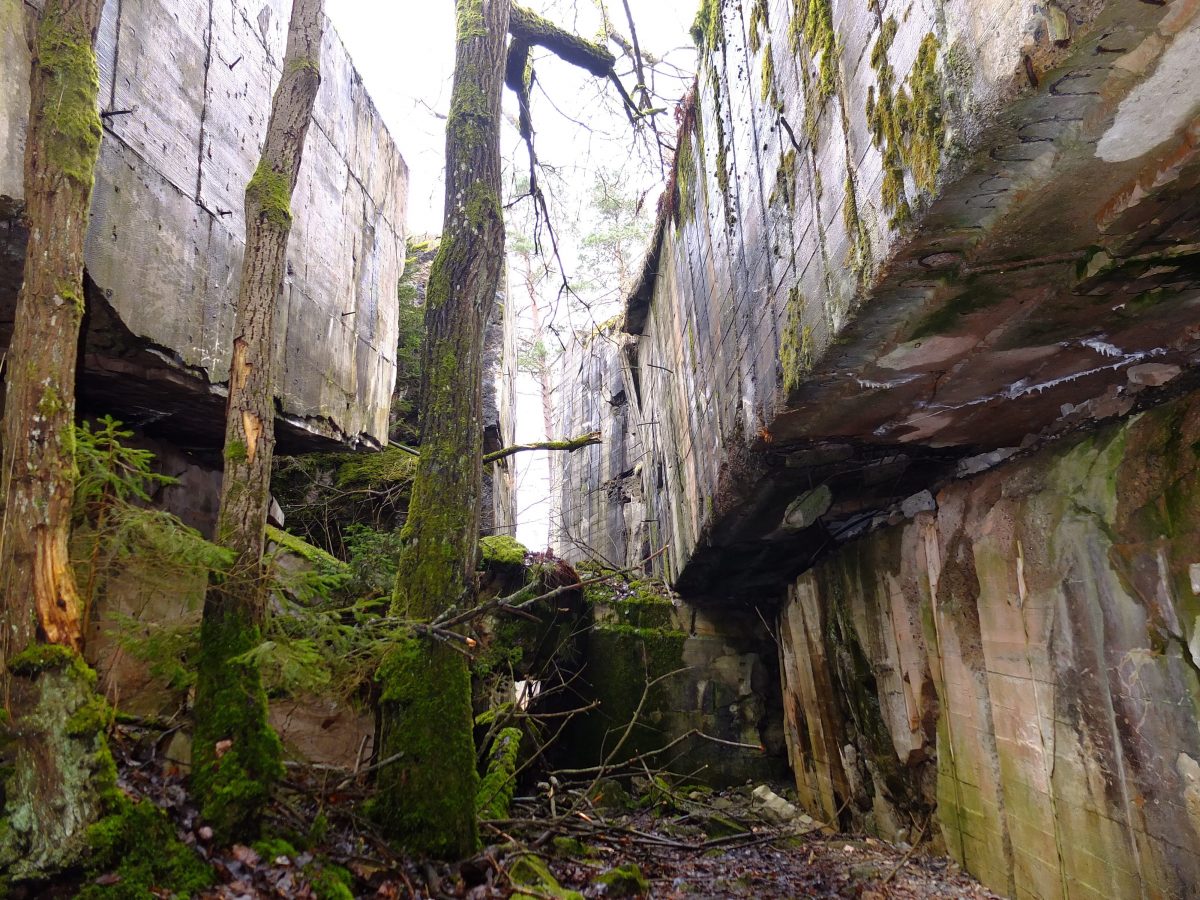 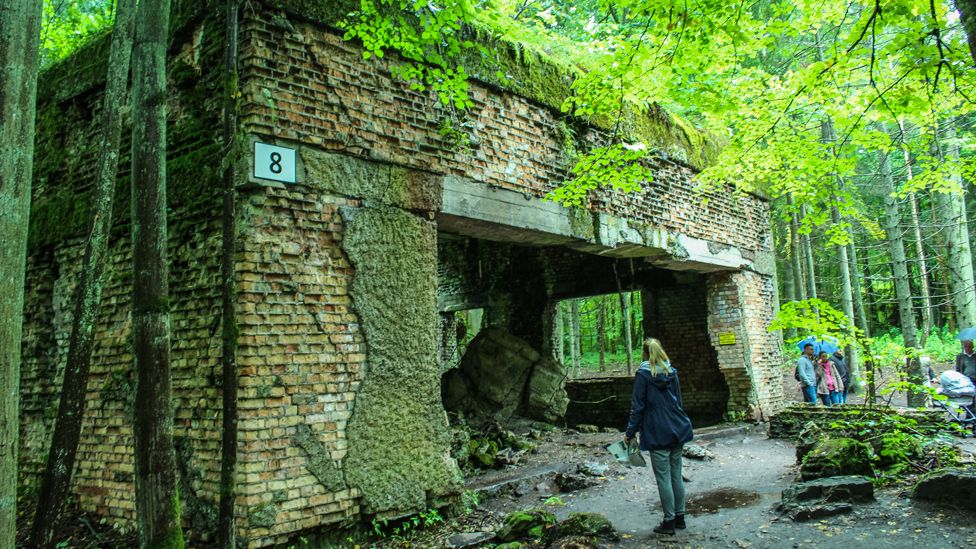 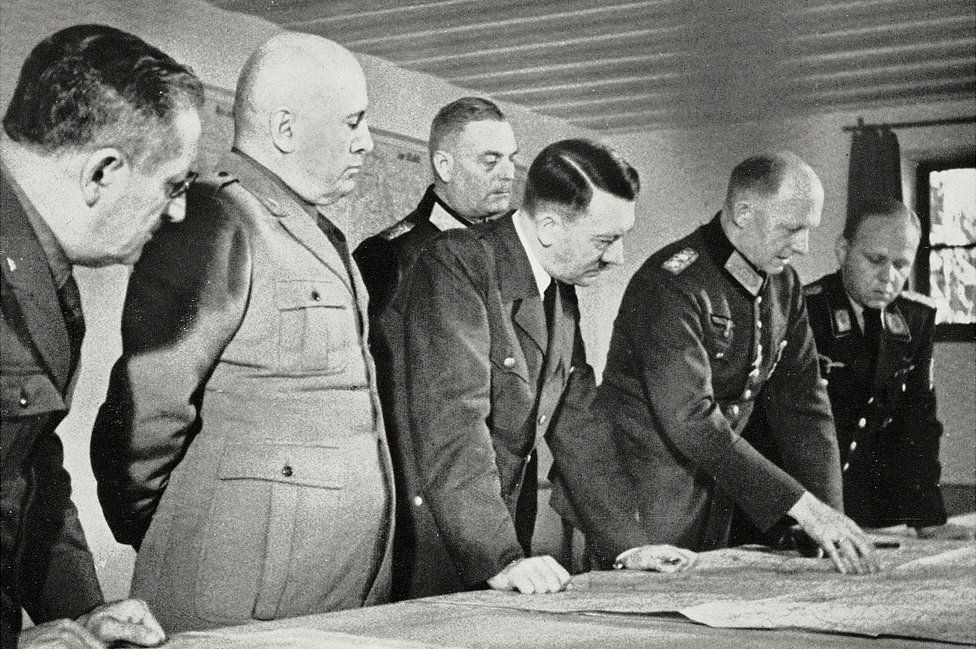 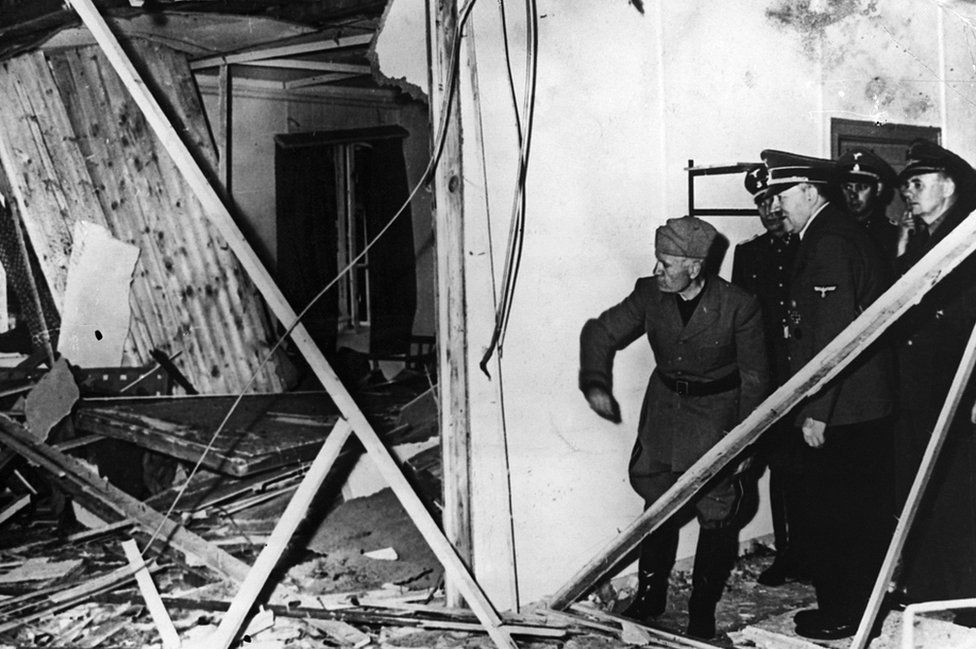 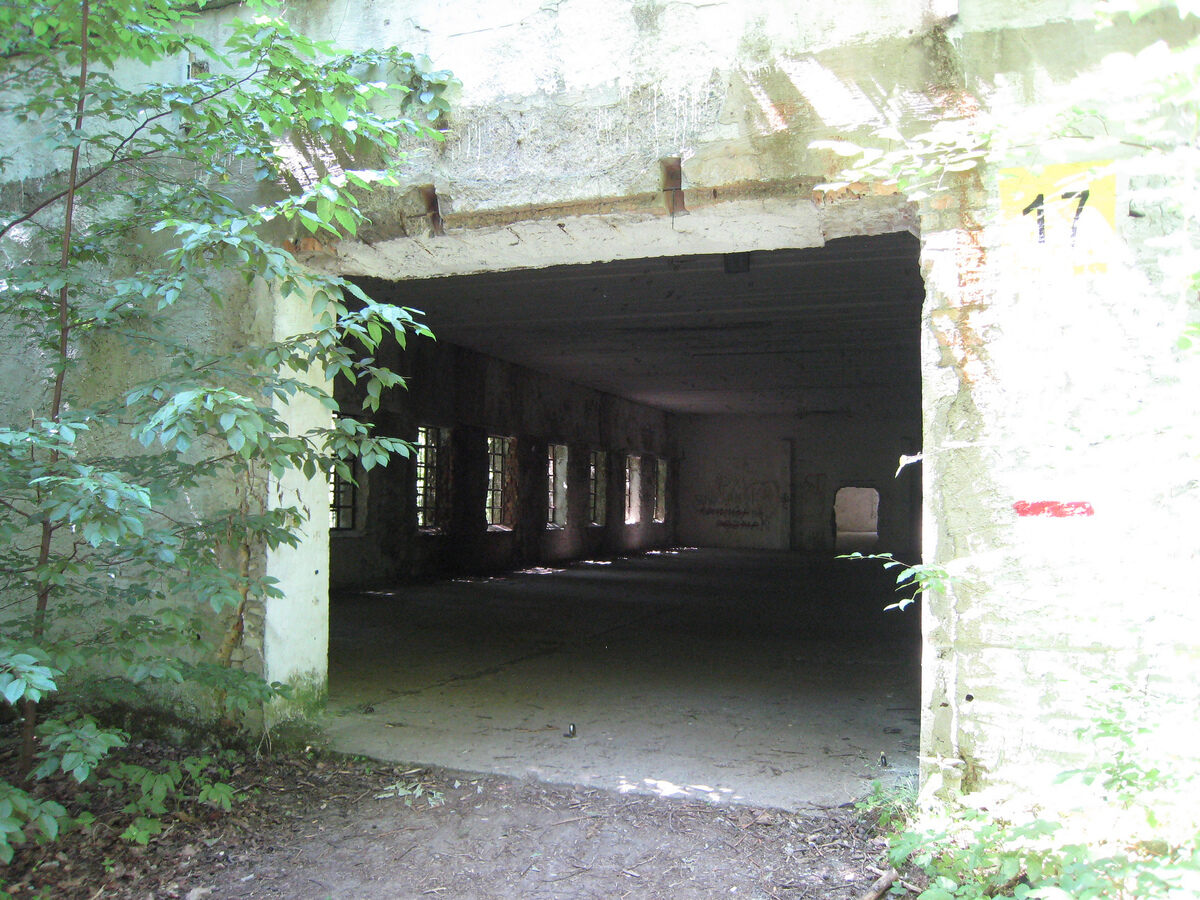 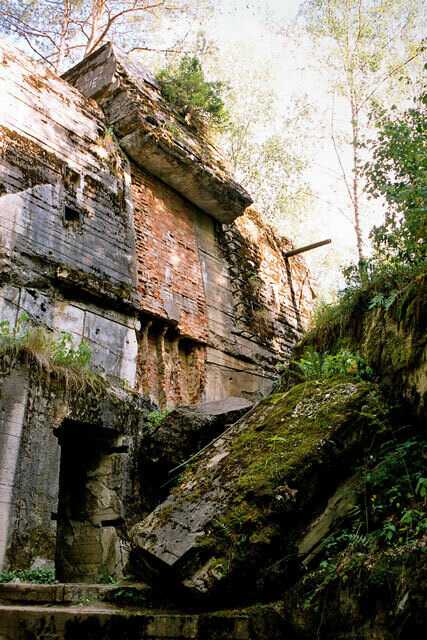 Hitler would begin his day when he was in residence by taking a walk alone with his dog around 9 or 10 am, and at 10:30 am he looked at the mail that had been delivered by air or courier train. A noon situation briefing was convened in Keitel’s and Jodl’s bunker and frequently ran for two hours. This was followed by lunch at 2 pm in the dining hall. Hitler invariably sat in the same seat between Jodl and Otto Dietrich, while Keitel, Martin Bormann, and Göring’s adjutant General Karl Bodenschatz sat opposite him.

After lunch, Hitler dealt with non-military matters for the remainder of the afternoon. Coffee was served around 5 pm, followed by a second military briefing by Jodl at 6 pm. Dinner could also last as long as two hours, beginning at 7:30 pm, after which films were shown in the cinema. Hitler then retired to his private quarters where he gave monologues to his entourage, including the two female secretaries who had accompanied him to the Wolf’s Lair. Occasionally, Hitler and his entourage listened to gramophone records of Beethoven symphonies, selections from Wagner or other operas, or German lieder. 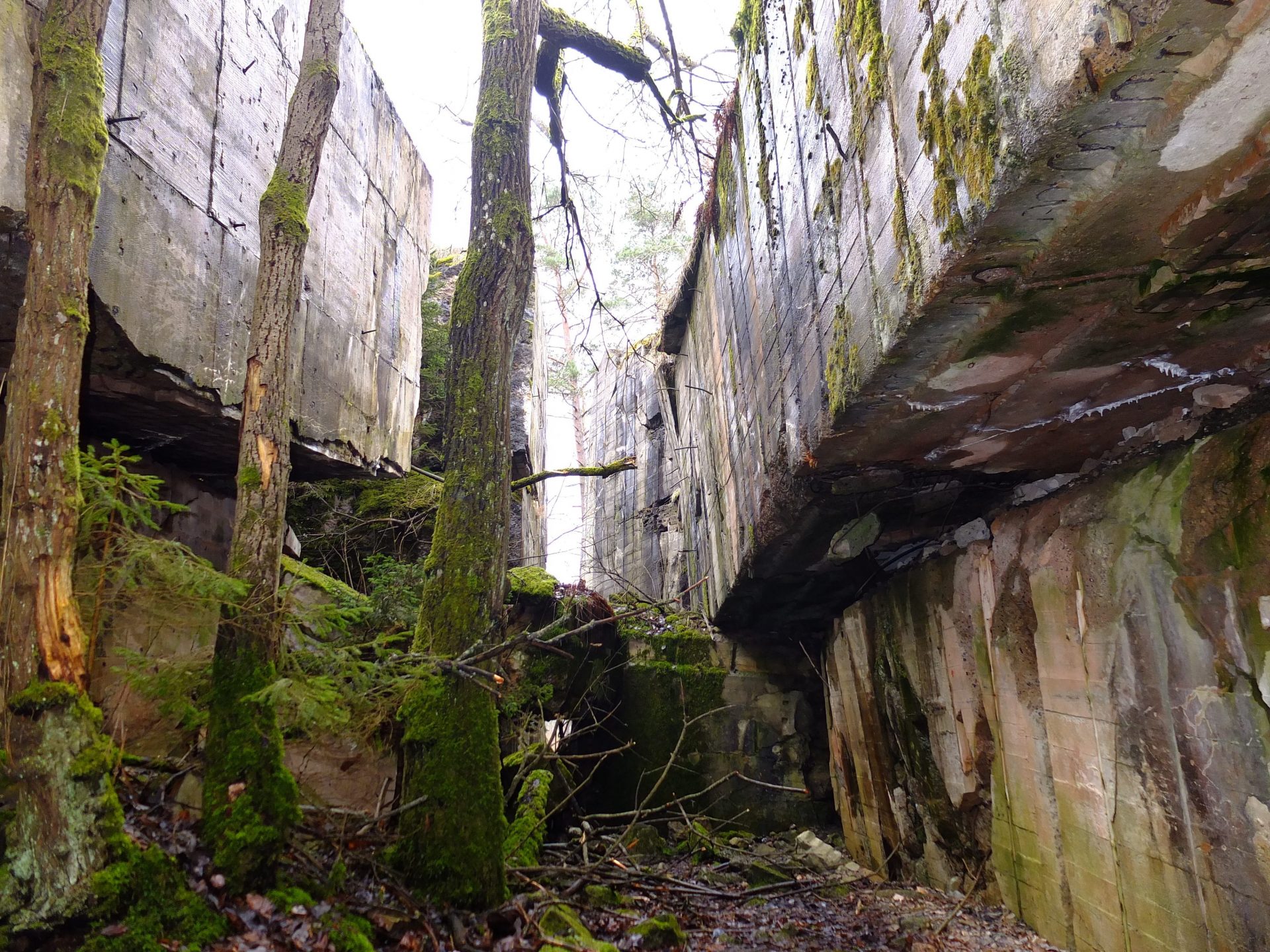