What does an island with not a speck of land to spare do to get rid of hundreds of tons of garbage generated each day by its one million yearly tourists and nearly four hundred thousand permanent residents? They dump it into another island, of course. 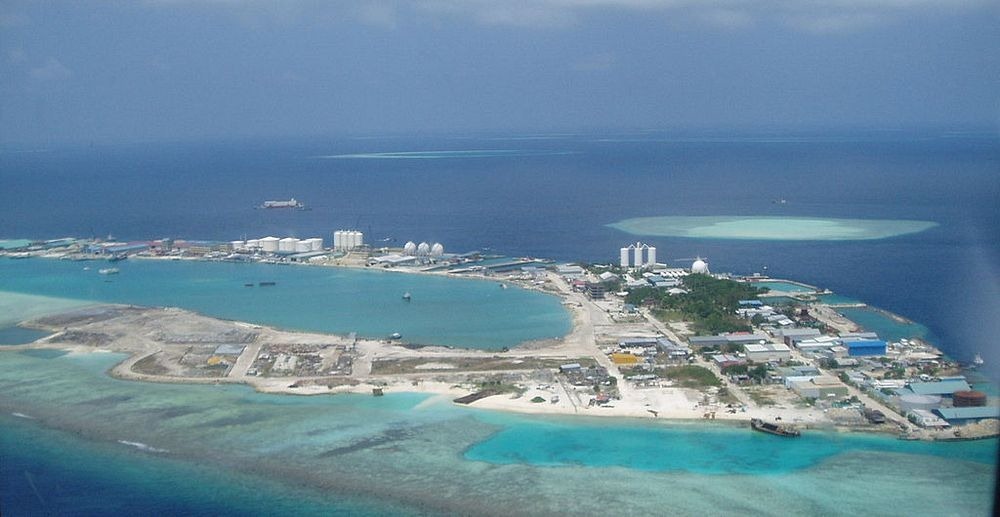 The stunning tropical islands of Maldives, southwest of India, is known for its sandy beaches and turquoise waters. But very few are aware of its dirty side. Just a few miles west of Male, the capital city of Maldives, and one of the most densely populated islands on earth, lies the island of Thilafushi, the location of Maldives’s municipal landfill. But Thilafushi was not always a garbage island. In fact, Thilafushi was not even an island. 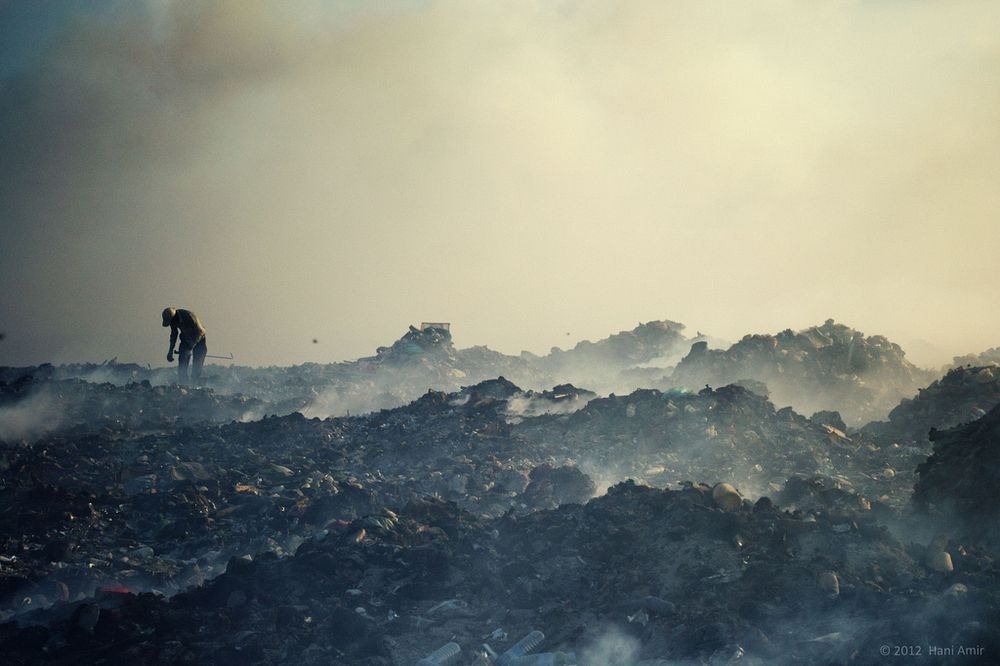 Twenty five years ago, Thilafushi was a pristine lagoon. Then in December 1991, a decision was taken to reclaim the lagoon as a landfill to address the growing problem of waste disposal produced by the tourism industry. Within a month the garbage began to arrive. Huge pits were dug into the sand and waste received from Male and other inhabited islands of Maldives were deposited into the pits, which were then topped off with a layer of construction debris and then uniformly leveled with white sand. As Thilafushi’s landmass began to grow, the government started leasing out land to industries such as boat manufacturing, cement packing, methane gas bottling and various large scale warehousing. Today, there are more than three dozen factories at Thilafushi, a mosque and homes for some 150 Bangladeshi migrants who sift through the 330 hundred tons of waste that arrive on the island each day. So much is being deposited that the island is growing by a square meter each day. 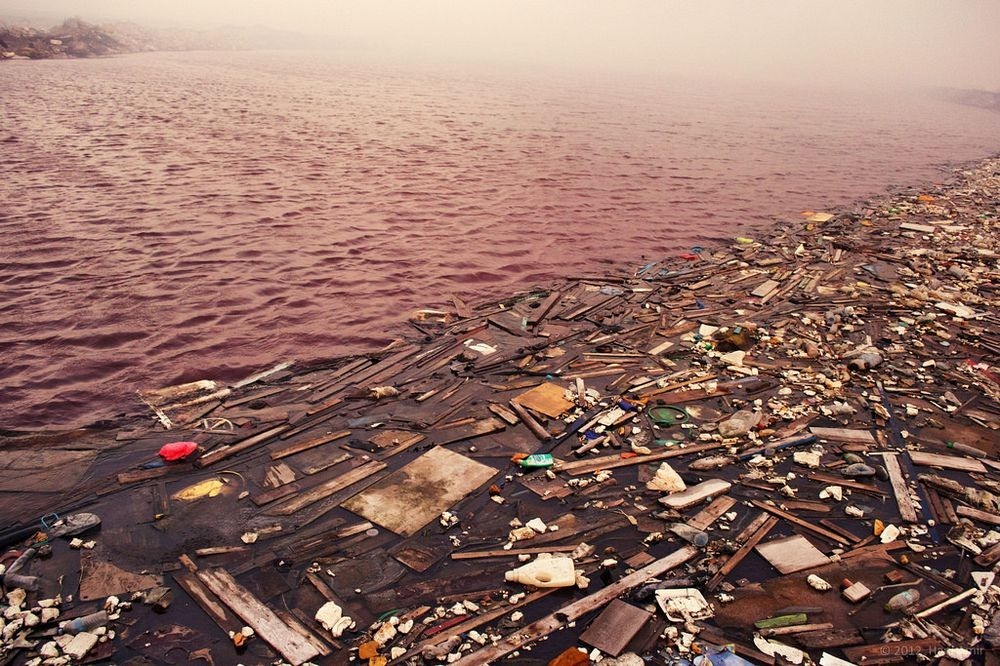 Some of the waste is now drifting into the ocean and getting washed at Male’s beaches and polluting many dive sites around the region. Environmentalists also accuse impatient boatmen of dumping waste directly into the lagoon because proper unloading could take up to seven hours. Waste became such a problem that the government once banned dumping garbage on the island in 2011. A fraction of the waste is now getting exported to India to be recycled. 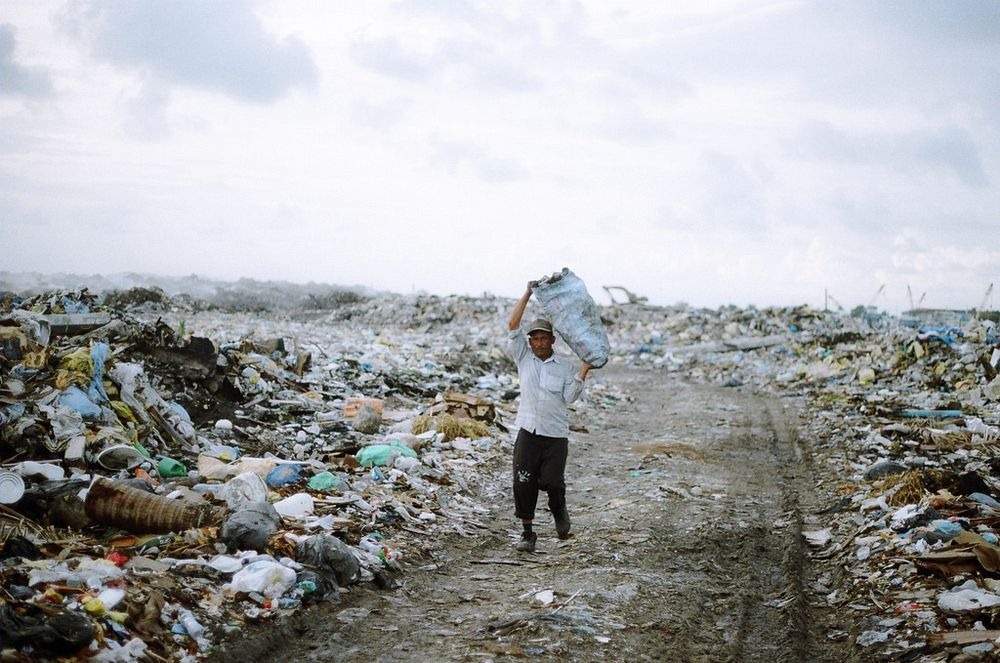 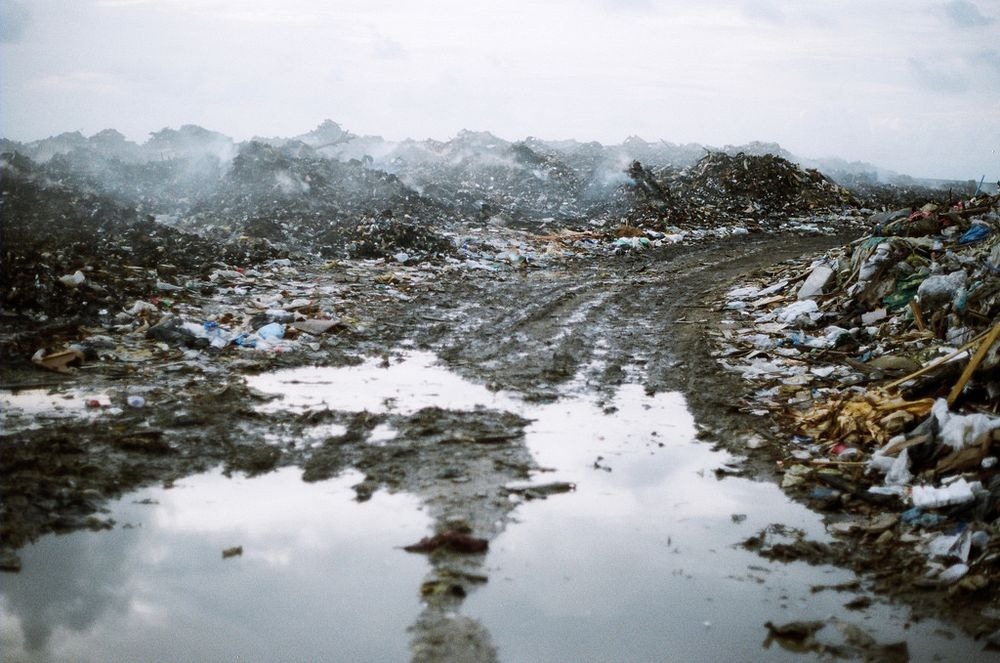