Trolltunga is a piece of rock hanging horizontally out of a mountain about 700 meters above the Ringedalsvatnet in Skjeggedal close to Tyssedal by the Sørfjorden of the Hardanger Fjord in the municipality of Odda, Norway. The name translated to English is The Troll’s tongue.

The cliff is part of the precambrian bedrock and was formed during the ice age, approximately 10,000 years ago, when the edges of the glacier reached the cliff. The water from the glacier froze in the crevices of the mountain and eventually broke off large, angular blocks, which were later carried away with the glacier. Along the cliff itself, a gneiss, there continues to be deep cracks. The trail to Trolltunga also passes through the bedrock and washed slippery hillsides in the background also containing gneiss. 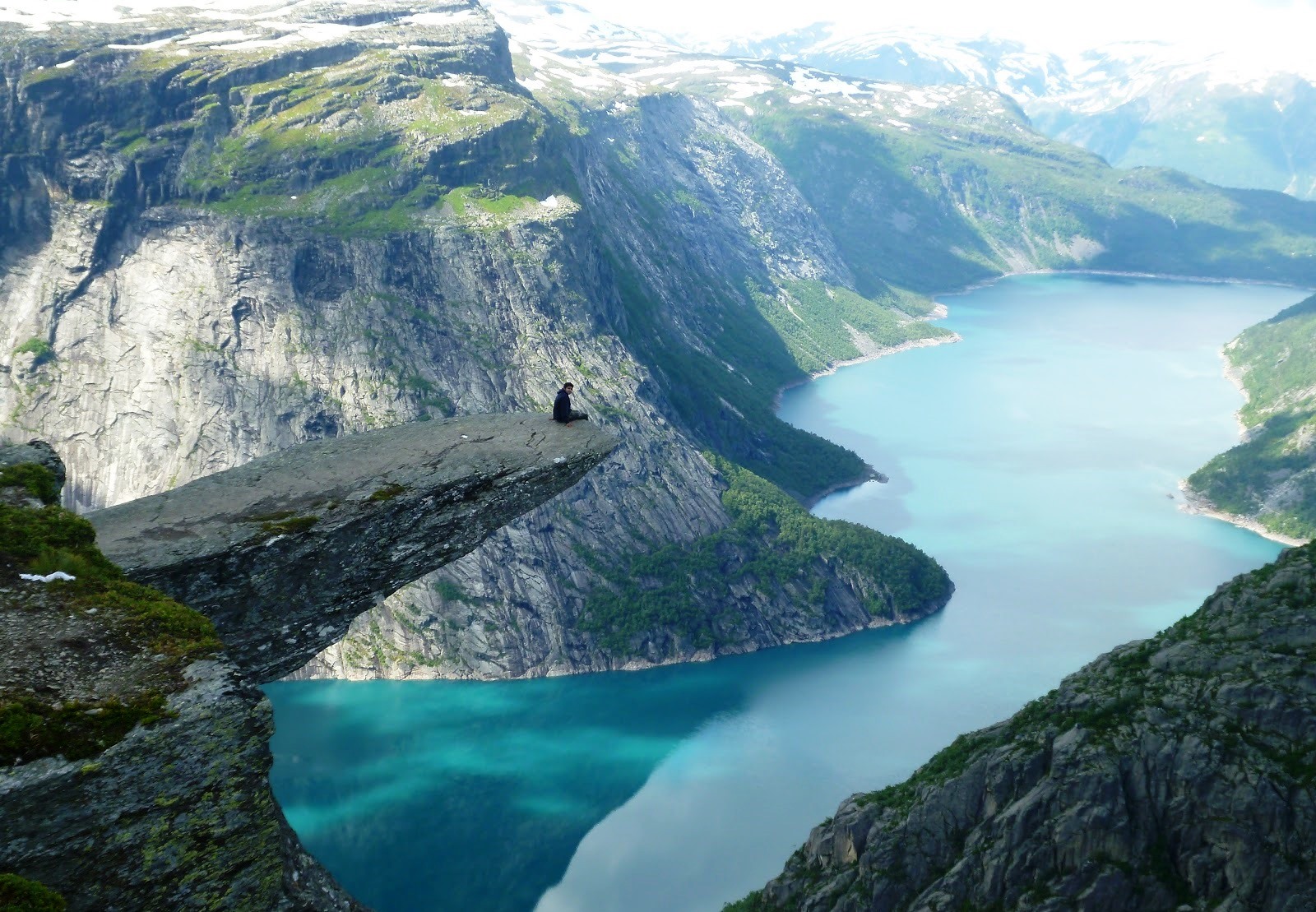 The Troll Tongue is available for hikers from approximately mid-June to mid-September. It is located 17 kilometres from city centre in Odda, Hordaland, a county in Western Norway. The city of Bergen, the second largest in Norway, is located about 190 kilometres from the site via motorway. To reach the trail from national road 13, turn eastward in Tyssedalen away from the fjord up towards Hardangervidda, and drive the narrow but good road about 7 km up Skjeggedal. The road to the site ends at a parking facility near the dam at the end of Ringedalsvatnet 443 meters above sea level. There is a car park where Mågelibanen (a trolley car) started, though it is no longer in operation. The path up to Måglitoppen begin on the right of the cart path on the stairwell. There is a steep trail that rises about 410 meters up the first 1.5 kilometers up to the Måglitopp. Here the track surfaces slightly out before raising up Gryteskaret, another 330 meters to the highest point on the first part of the route 4 kilometers from the startingpoint, at Trombåskaret (1183 meters above sealevel). 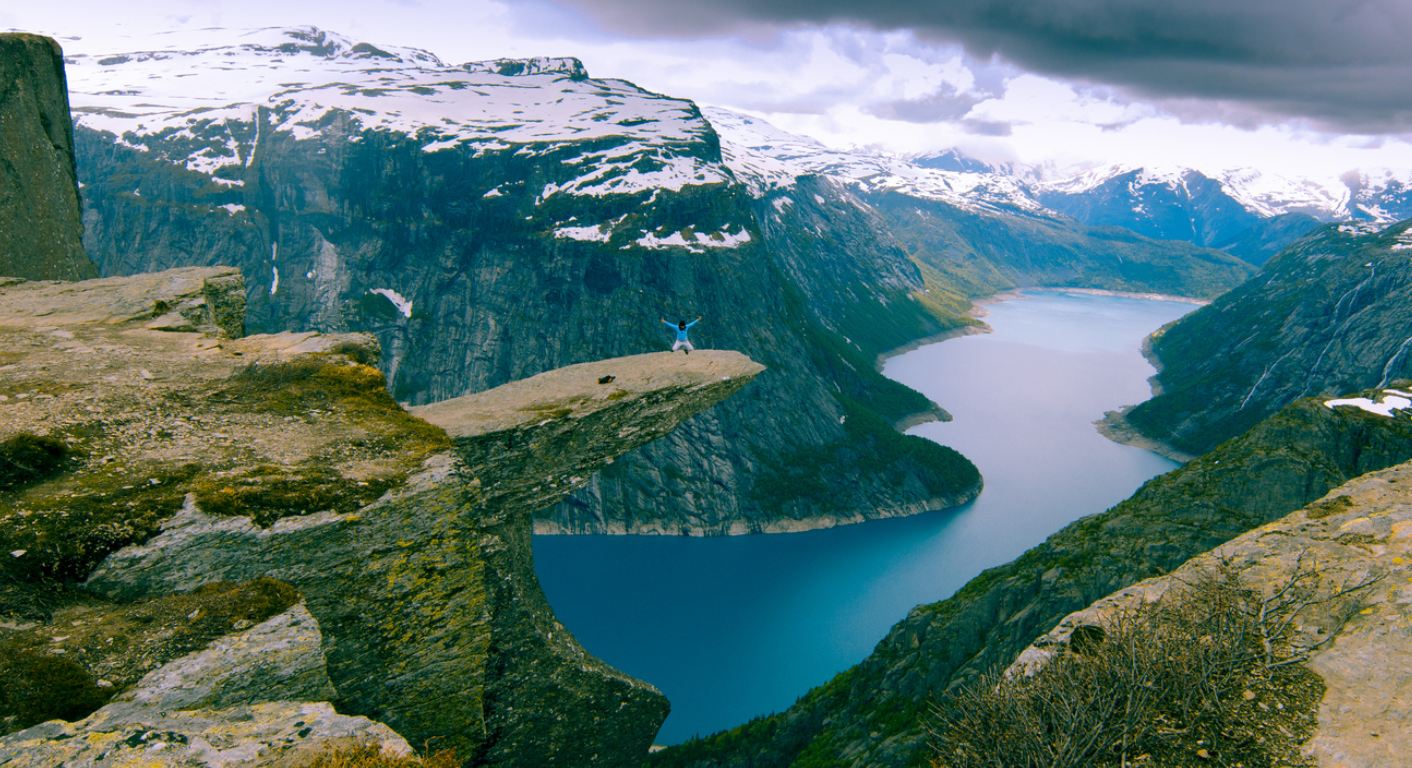 The next section slopes down towards Store Floren, getting sight of the drop towards the valley floor containing Ringedalsvatnet and an increasing number of glimpses by the Folgefonna glacier in the west. The area has typical mountain vegetation of small plants and flowers. Here there are masonry remains after a stable for horses used by plant construction operations for power development in the early 1900’s. Further along the track continues over Hesteflåene and the dried out river Endåno. In this area there are traces of prior construction activities. The path continues steeply up to Endanuten, the highest part (being 1214 meters above sea level) and crosses the dried river to Tyssestrengene. This was a twin waterfall of 300 meters free fall, which would have been Norway’s highest. These two waterfalls were built over and placed in tubes in 1967. It is possible to take a detour to the edge and look down towards Ringedalsvatnet. The path goes on past glacial potholes, then continues past Tysshøl, and finally approaches Trolltunga. 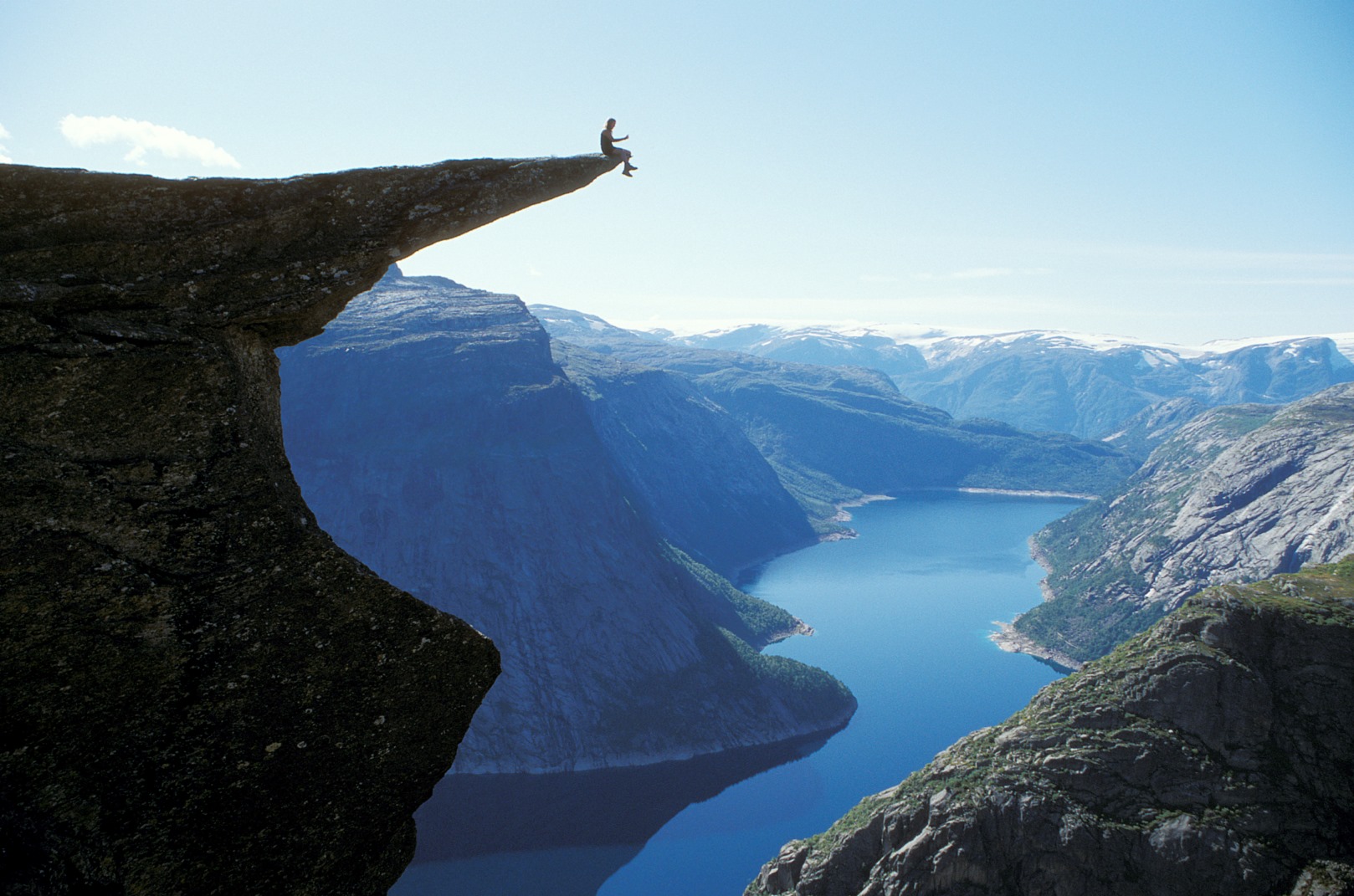 There are other significant geological features and settlements around Ringedalsvatnet. Half an hour walk to the south is Prekestolen (‘the pulpit’ – distinct from the pulpit in Ryfylke). The hike in the mountains to Trolltunga is an 8-10 hour walk both ways, about 22 kilometers, with a height difference of about 900 meters. Popularity of the trail and rock formations has increased in recent years, with up to 500 visitors a day 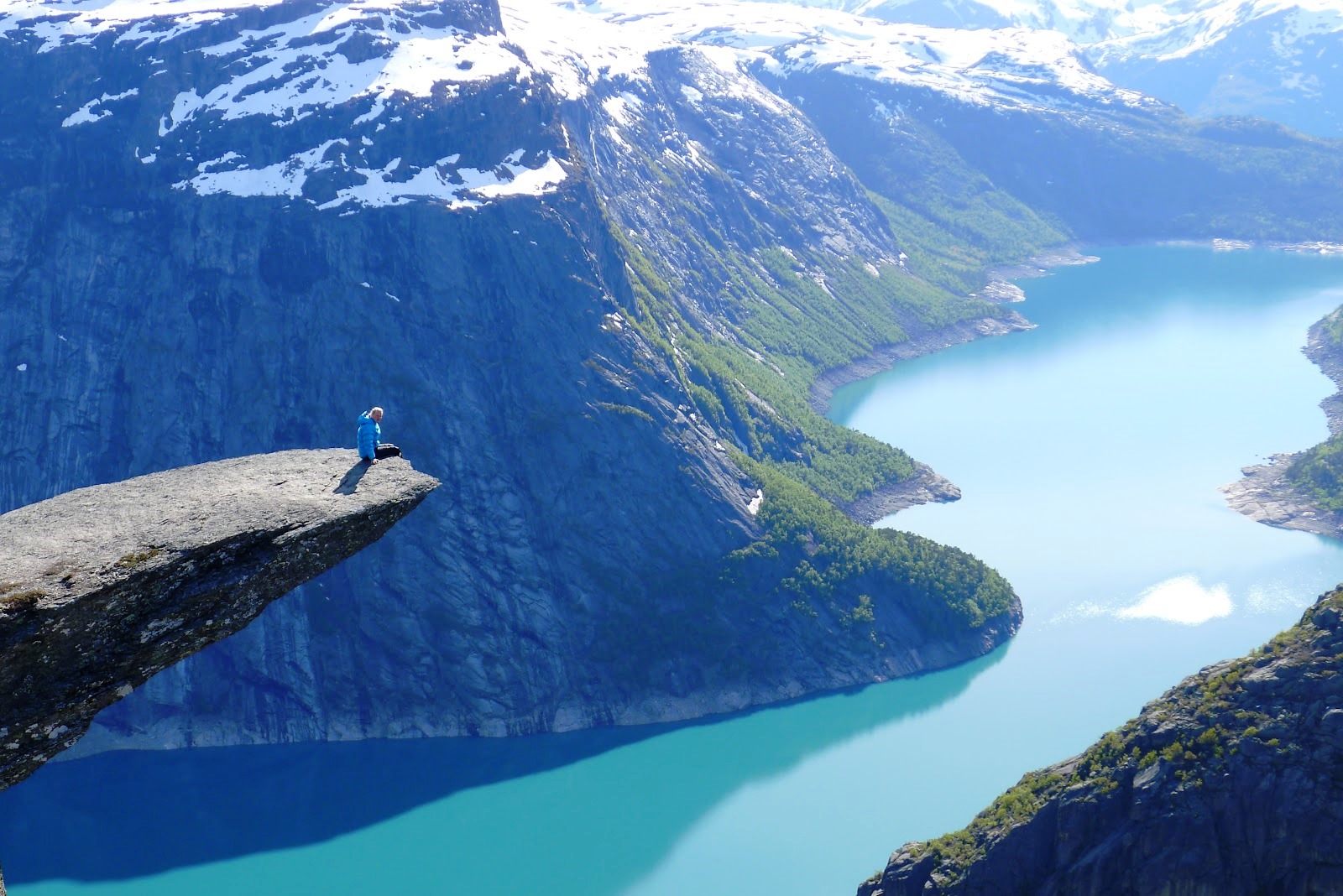