In the 1920s, the Soviet government began searching for an isolated place where they could build a military complex to test biological weapons. The ideal location for such a complex would be a remote island surrounded by sparsely populated desert, and located well within the Soviet Union far from the Union’s borders with other nations. A number of islands were shortlisted including one in the White Sea and another one on Lake Seliger, but the one that eventually became the site for the world’s largest biological-warfare testing ground was Vozrozhdeniya Island on Aral Sea.

In 1948, a top-secret biological weapons laboratory, nicknamed Aralsk-7, was established here. Until its closure in the 1990s, the laboratory tested some of the deadliest pathogens known to man, including plague, anthrax, smallpox, brucellosis, tularemia, botulinum and Venezuelan equine encephalitis. Others were genetically modified to make them resistant to existing medication.

Gennadi Lepyoshkin, a physician, microbiologist and retired colonel in the Soviet Army, who spent 18 summers supervising teams of researchers on Vozrozhdeniye Island, told a journalist of The New York Times.

We used monkeys, about 200 to 300 each year. Our staff would take them out to the range and they would put them in cages next to devices that measured the concentration of germs in the air. Then after they were exposed, they were taken to the labs, where we would test their blood and monitor the development of a disease in them. They would die within weeks, and we would perform autopsies

In its heydays, the laboratory complex employed some 1,500 personnel who lived on the island’s only town, Kantubek. The town had a social club, a stadium, a couple of schools and shops. “It was a beautiful place,” Lepyoshkin recalled. ”The water was clear; it came right up to the town, and we used to swim and sunbathe after work.” 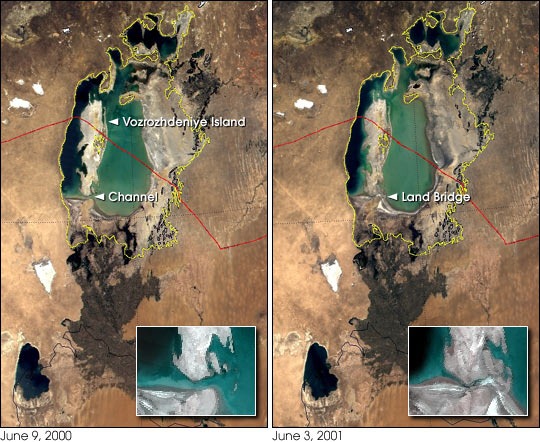 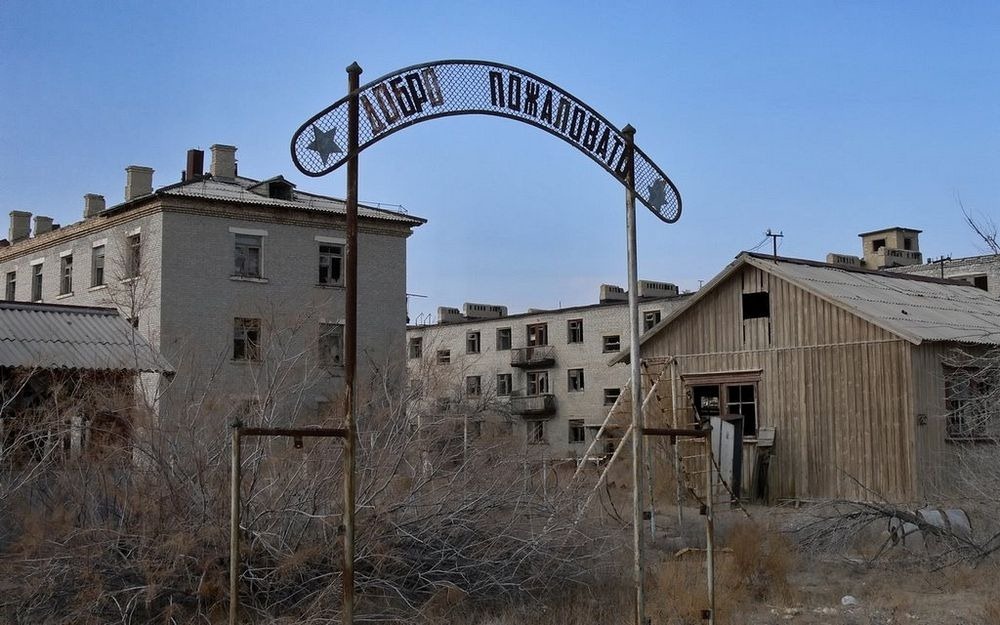 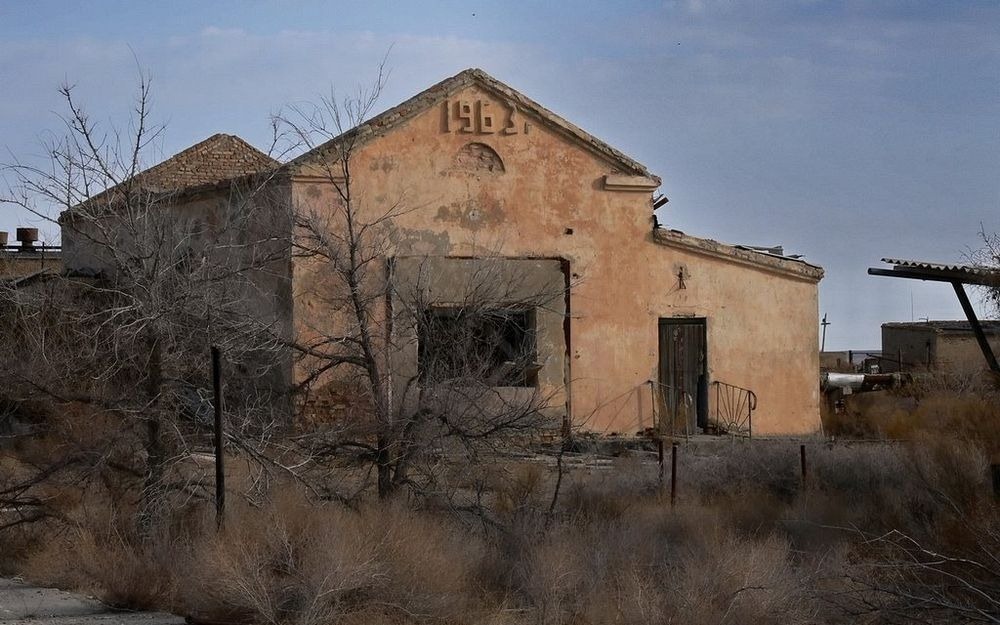 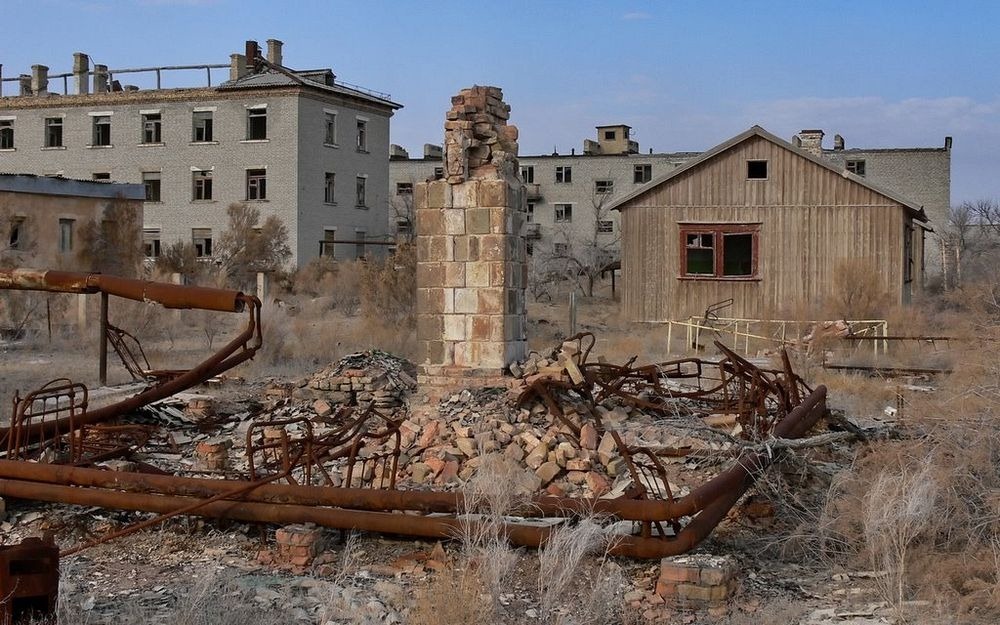 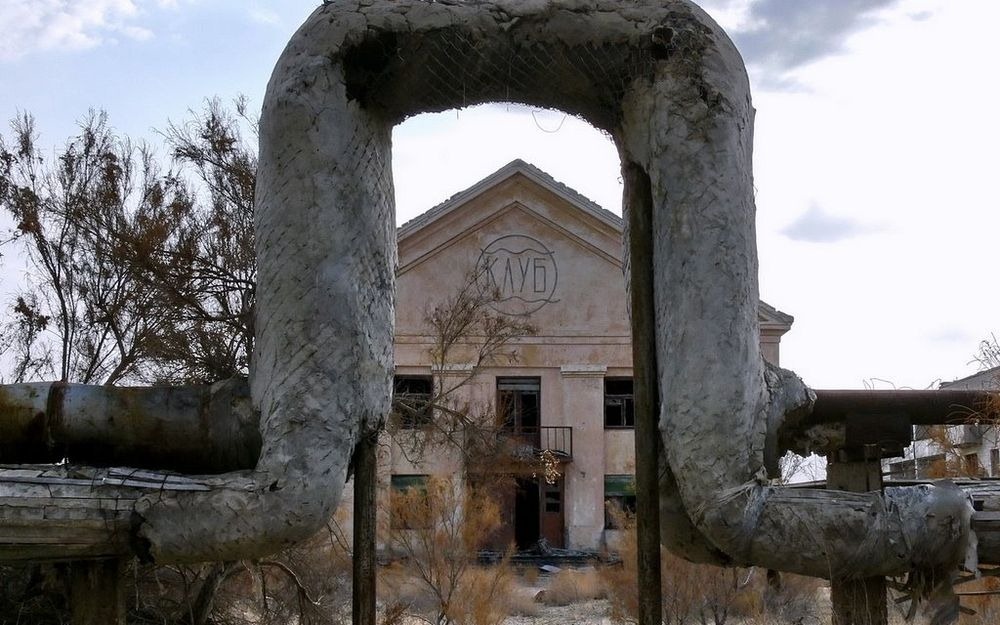 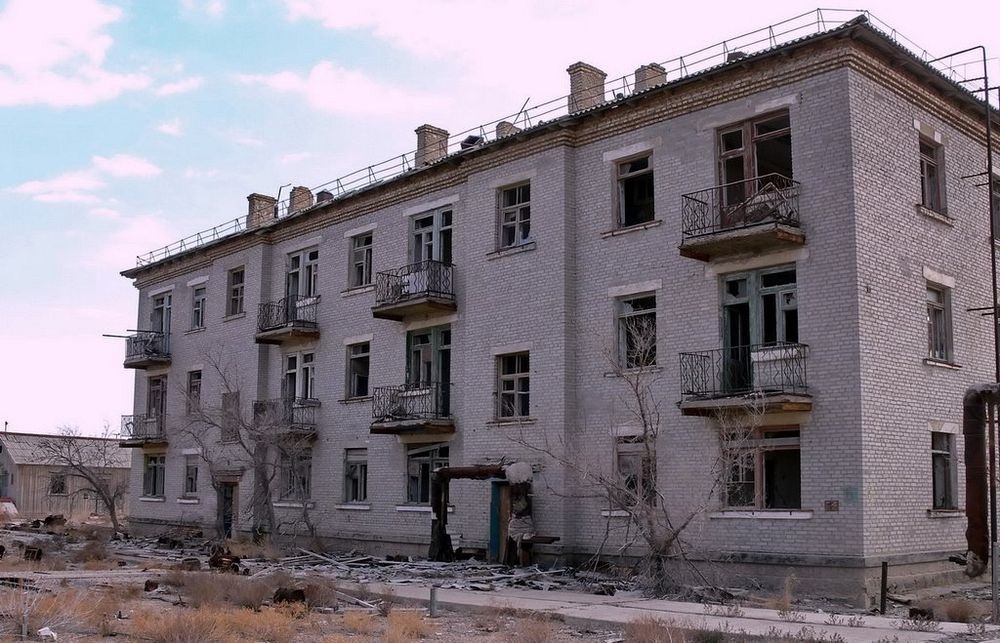 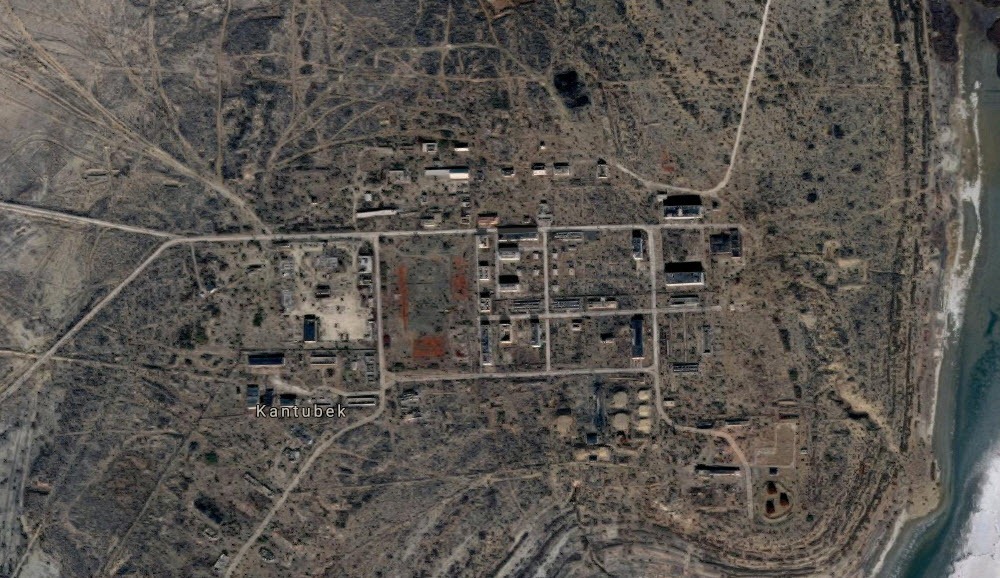 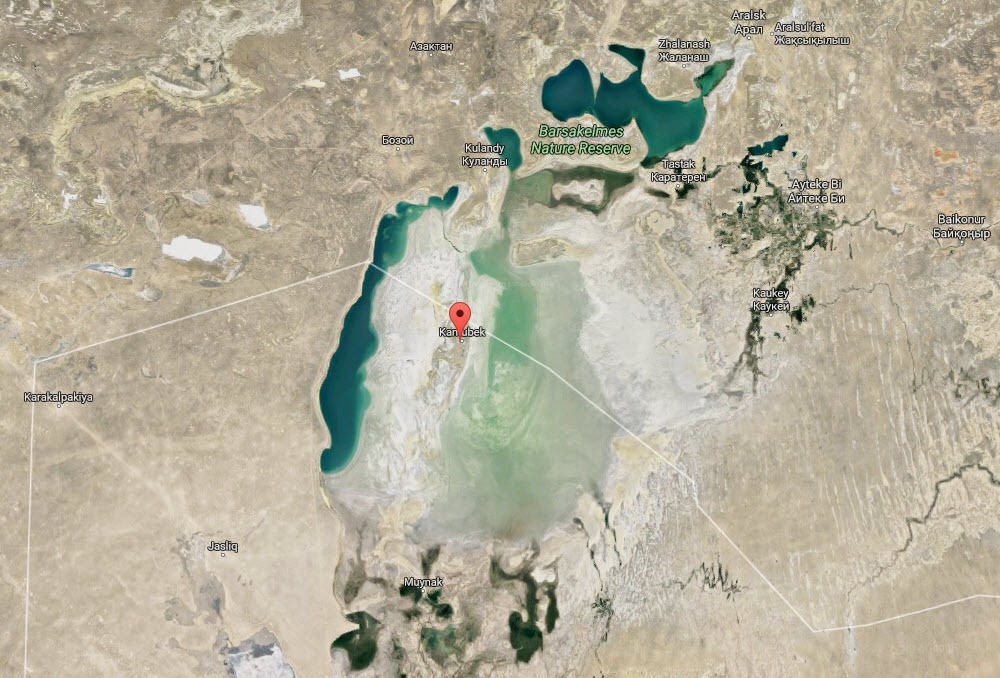 Today, the entire complex lies in ruins and stripped to the bone by scavengers. The island itself doesn’t exist anymore—it was absorbed into the surrounding desert as the Aral Sea slowly dried up.

When the bioweapons complex was erected here, in the mid-20th century, the Aral Sea was the fourth largest lake in the world with an area of 68,000 square kilometers. But an ill-planned irrigation scheme began to suck disproportionally large amounts of water from the rivers that fed the lake, and the Aral Sea began to shrink. Consequently, Vozrozhdeniya Island began to grow, from 200 square kilometers to nearly ten times its original size. In the early 2000s, the channels to its south dried up completely and the island became part of the mainland.

Despite the island’s hazardous past, Vozrozhdeniya is frequently visited by scavengers who pilfer the island’s laboratory buildings as well as those on Kantubek, which also lies in ruins.

According to experts, most of the agents responsible for the deadly diseases tested on Vozrozhdeniye are likely dead by now, killed by the intense ultraviolet radiation of the sun and the regular summer temperatures of 60°C. The exception is anthrax, a spore that can survive in soil for centuries. When the Soviets left the island back in the 90s, they hastily buried tons of anthrax spores here to cover the violation of a 1972 treaty that banned all biological arms. In the early 2000s, official from the US and Uzbekistan came to Vozrozhdeniya Island and set to fire several warehouses containing test tubes, bottles and petri dishes, in an effort to destroy any remaining pathogens. The U.S. Defense Department believes that the spores have been destroyed, but nobody can say for sure.

Lepyoshkin and others who worked on the Soviet bioweapons program say that the super-resilient, weapons-grade bubonic plague bacteria could still be spreading from generation to generation of rat families, just waiting to be passed on to humans. The scavengers, who work among the ruins and broken petri dishes with no protection, are at high risk of infection and starting an epidemic. As a matter of fact, a more contagious and antibiotics-resistant variety of plague already affects a handful of people each year in Central Asia.

Worse still, the Kazakh government is luring the oil industry with promises of great finds below the Aral Sea, and some exploratory drilling were already conducted. Remember those barrels of anthrax the Soviets hid somewhere on the island? No, thankfully, that didn’t come up, but who knows what they will dig up next?