Danish artist Thomas Dambo has been building stuff using trash and recycled materials since an early age, starting with smaller sculptures such as birdhouses and furniture to bigger pieces such as the six “Forgotten Giants” he recently installed around Copenhagen.

Built mainly from recycled wood, such as old pallets, an old wooden shed, a fence and so on, Dambo along with a team of local volunteers created six giant troll-like wooden sculptures and hid them at some of his favorite places around the city. These places do not see many visitors because they are located off the beaten track. To help find these public installations, Dambo has created a series of “treasure maps” which he engraved into stones near each sculpture. Each giant is named after one of the volunteers who helped build it. 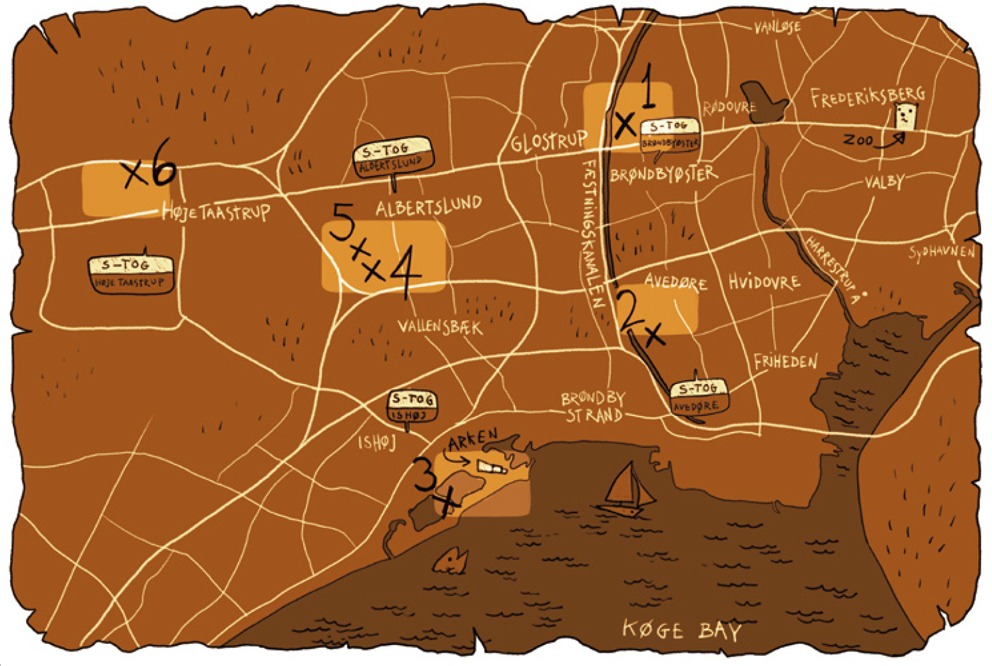 The projects wants to bring art out of the museum, show the beautiful and often overlooked nature spots in the western part of Copenhagen, and at the same time give an exciting and different experience.

Teddy friendly is made from local scrapwood, including cut offs from cut down local trees, which has been used for his fur. He is standing at a water stream, at a lake holding out his hand helping people to cross. 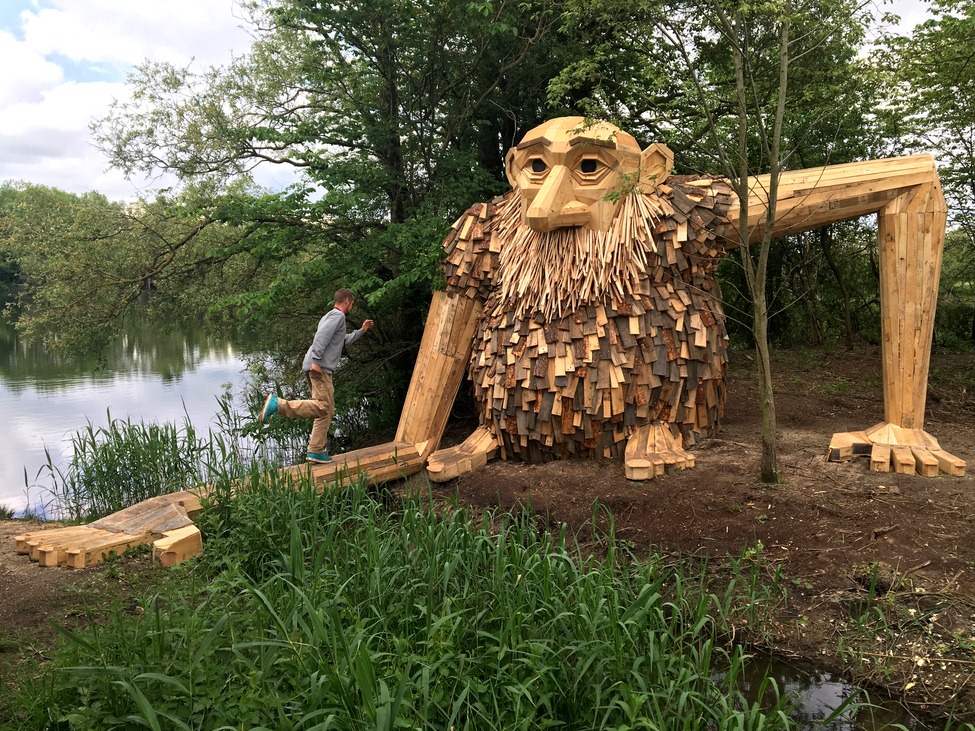 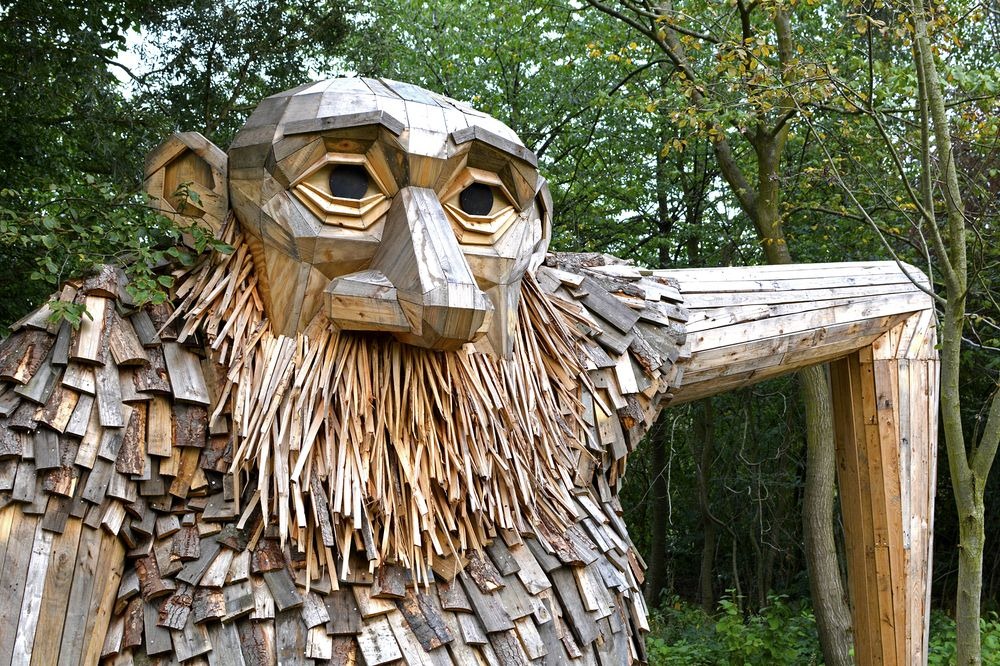 Thomas On The Mountain

Thomas On The Mountain has found a good place to chill on top of a hill. From here he has a great view of the municipality of Albertslund, and so can you if you join him. His legs are long, and a good place to sit with your friends. 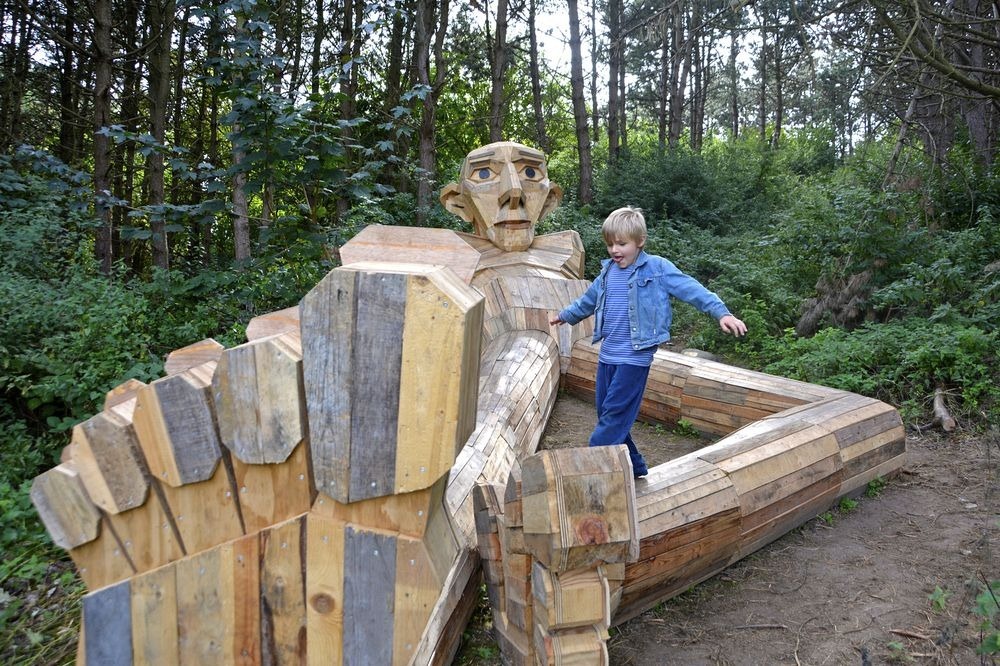 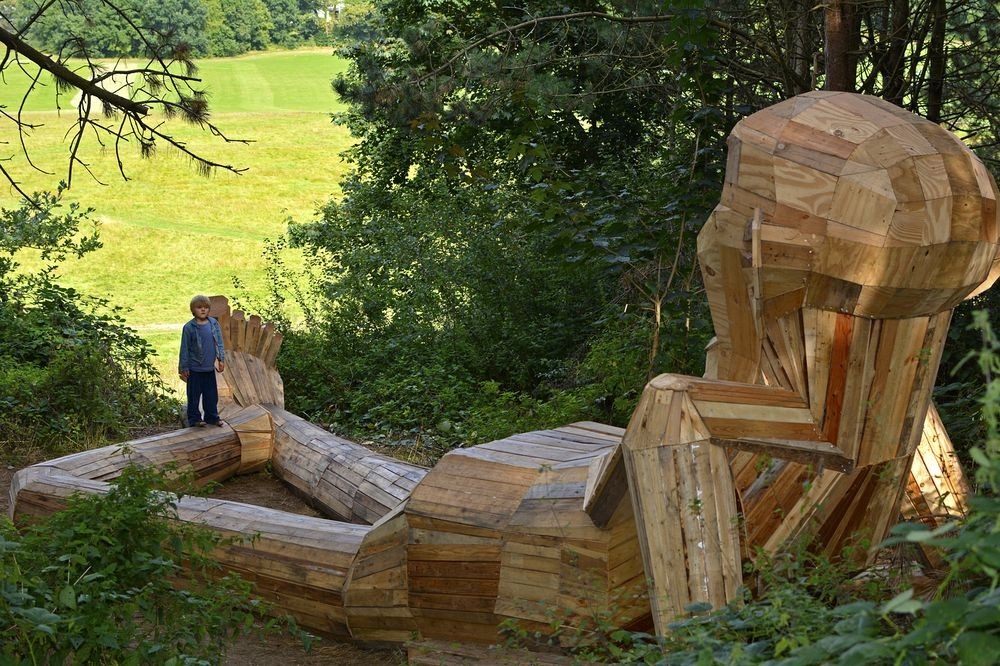 Little Tilde is located in the area of Vallensbæk Mose, a beautiful area filled with wild nature and animal life. She watches through the trees at the other side of a small lake, from where you will be able to catch a glimpse of her at a distance. As a little bonus Thomas Dambo made 28 birdhouses inside the sculpture, for the birds and maybe a squirrel to seek shelter when winter hits Vallensbæk Mose. 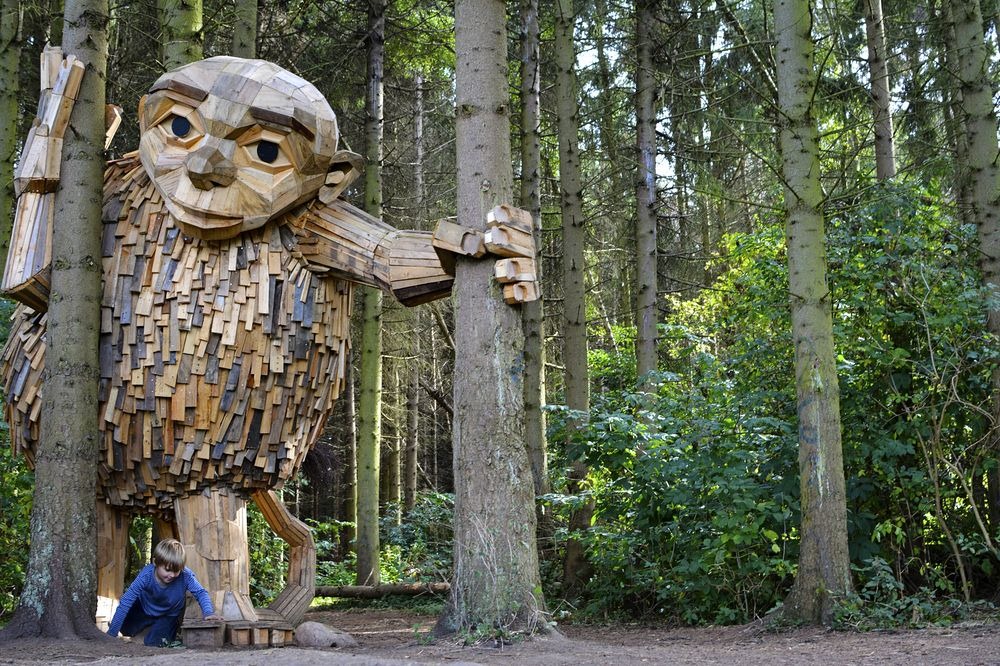 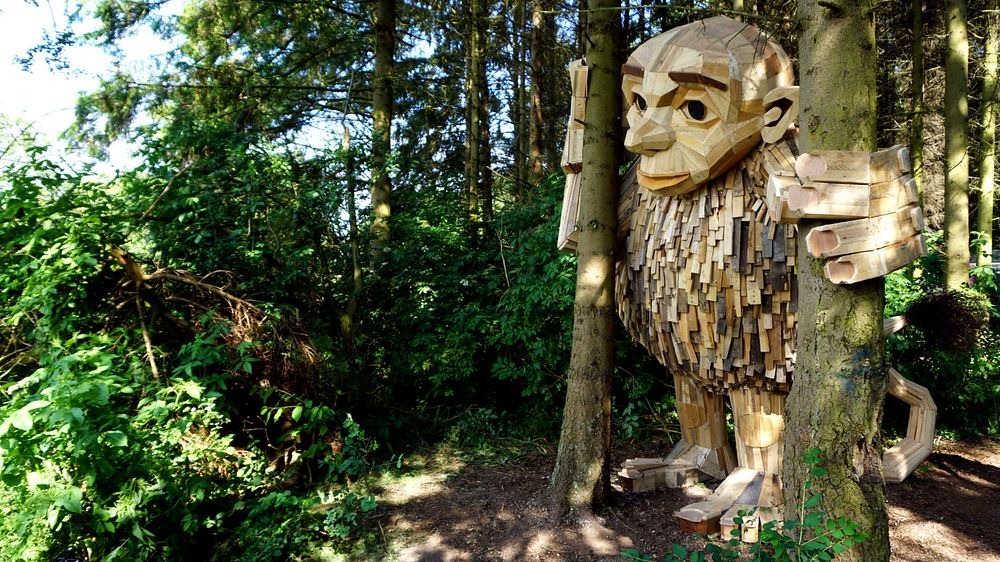 Hill Top Trine is resting on top of a little hill in Hvidovre, Copenhagen, where you can crawl into the palms of her hands and get a beautiful viewpoint overlooking Avedøresletten. 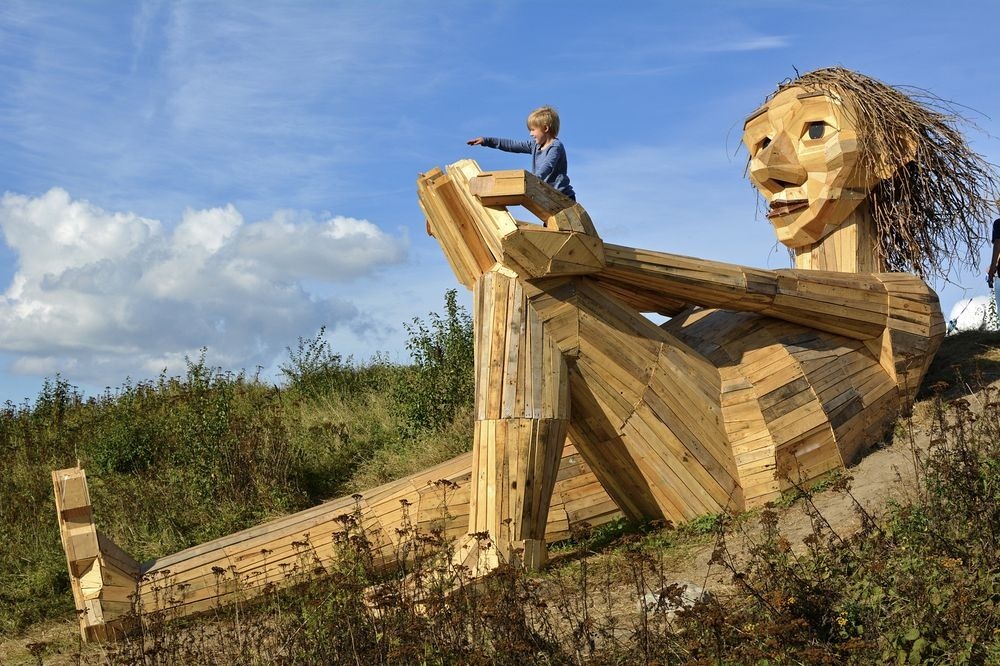 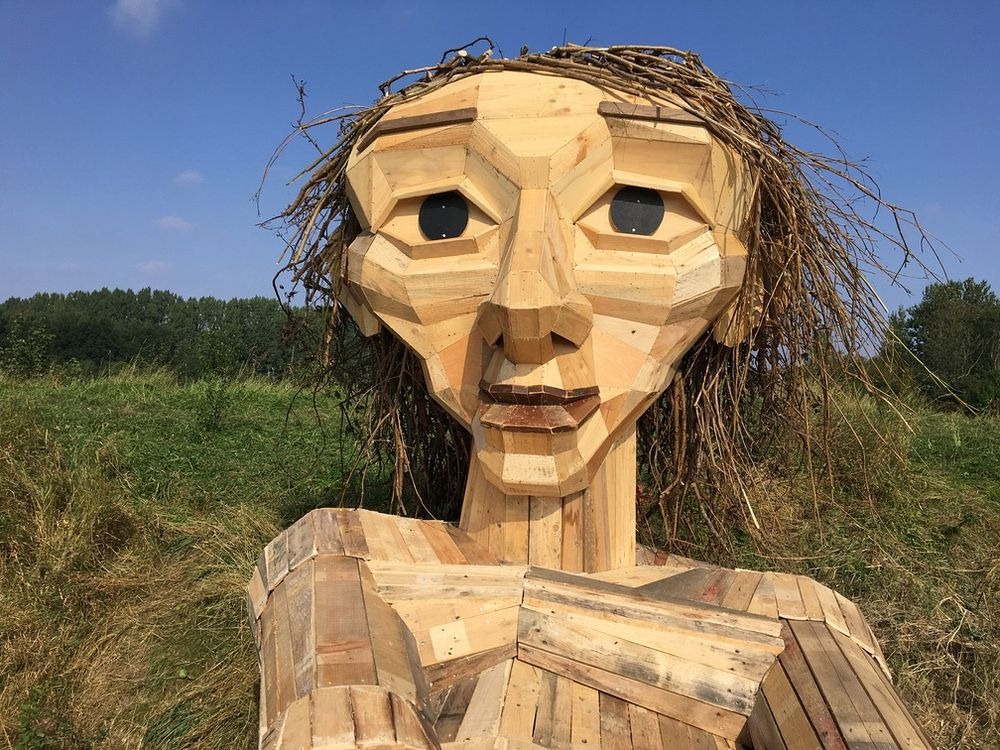 Sleeping Louis is taking a nap on a hill, covered in trees and nature, in a secret place in Rødovre outside of Copenhagen. People can crawl into his gaping mouth, and play or even sleep inside of him. 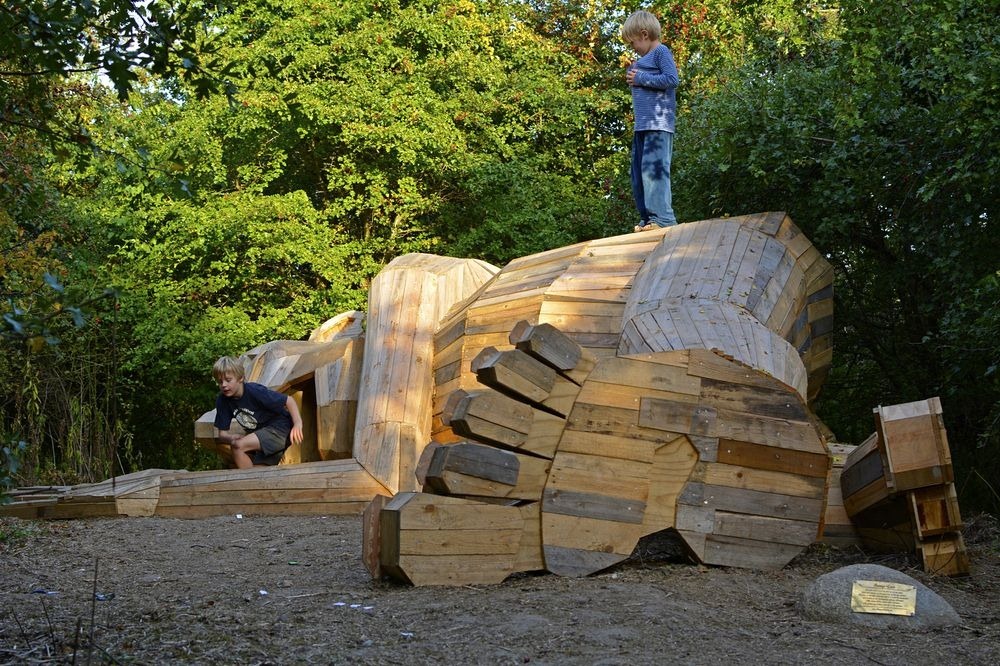 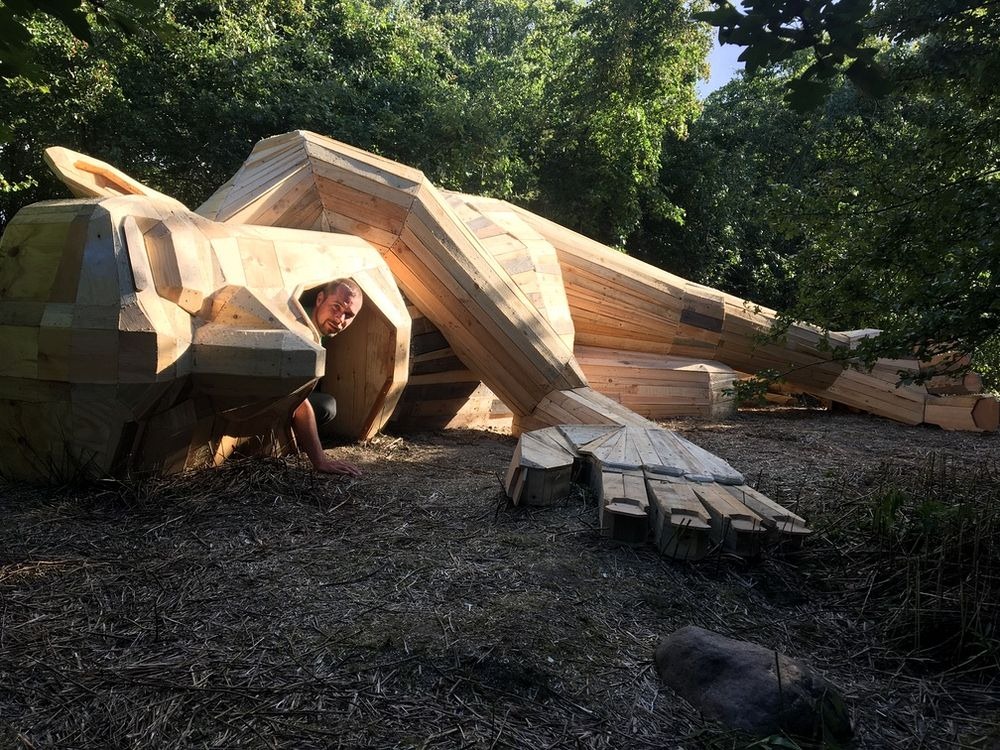 Oscar under the bridge 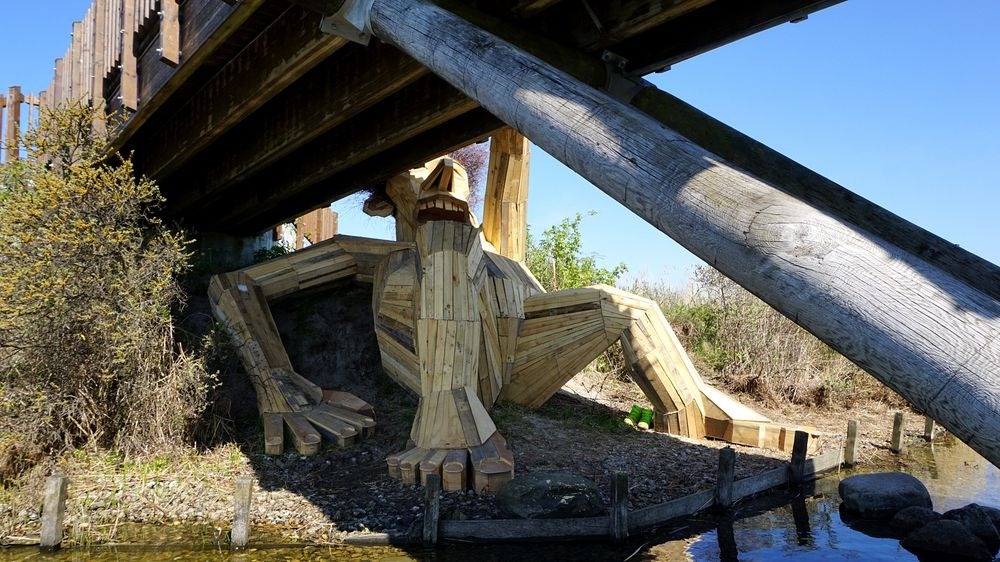 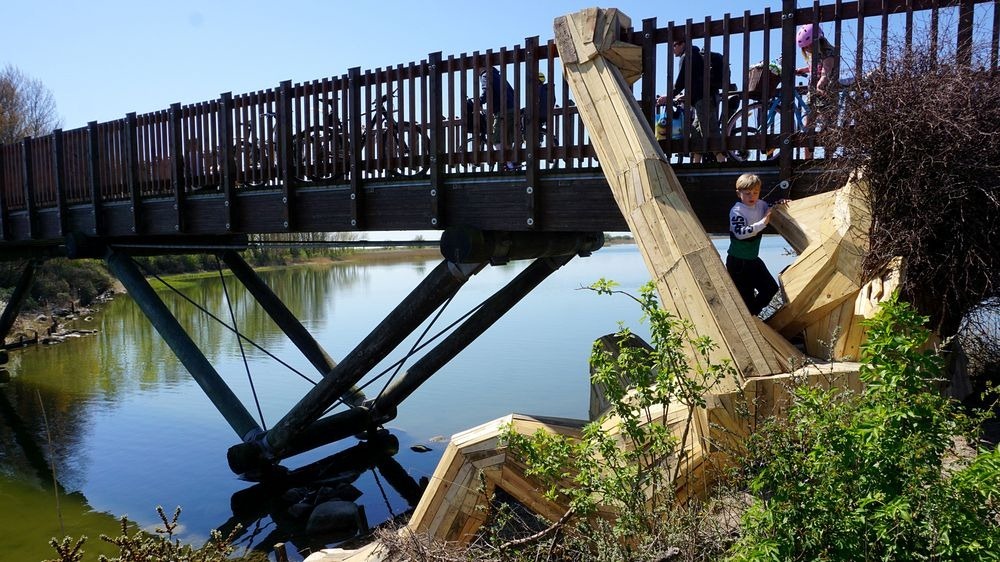