On the southeast coast of South America, between Uruguay and Argentina, there is a tapering intrusion of the Atlantic Ocean. The funnel-shaped intrusion extends about 290 kilometer inland and terminates at the point where the Uruguay and the Paraná rivers meet. This is Río de la Plata, or the “River of Silver” in Spanish. Depending on who you ask, Río de la Plata is an estuary, a river, a gulf or a marginal sea. 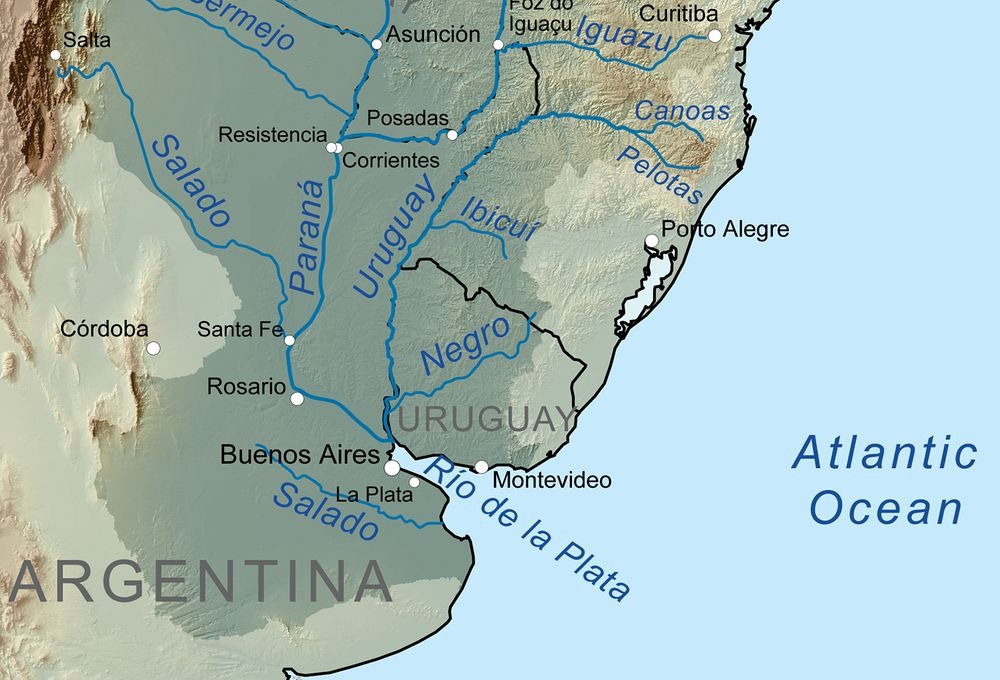 Geographers argue that Río de la Plata is not exactly a river but an estuary where the Uruguay and the Paraná rivers pour into. But in Argentina and Uruguay, it is commonly considered a river; it has a beginning at the confluence of two smaller rivers, it’s elongated in shape, and it flows out into the Atlantic. To those who consider it a river, it is the widest river in the world, with a maximum width of about 220 kilometers. For others, it’s the widest estuary in the world.

The Río de la Plata was first sighted by the Spanish in 1516, by a navigator named Juan Díaz de Solís, who made the discovery during his search for a passage between the Atlantic and the Pacific Oceans. De Solis called it the Mar Dulce, or “freshwater sea”, because of its vast size. The river’s modern name was given by explorer Sebastian Cabot who made a detailed study of the river and its tributaries in the 1520s. The name comes from the fabled Sierra del Plata, or the “Silver Mountain”, that was thought to lie upstream. The legend has its roots in the early 16th century when castaways from the Juan Díaz de Solís expedition heard indigenous stories of a mountain of silver in an inland region ruled by the so-called White King. The first European to lead an expedition in search of it was the castaway Aleixo Garcia, who crossed nearly the entire continent to reach the Andean altiplano. On his way back to the coast, Garcia died when natives ambushed him in Paraguay, but survivors brought back enough precious metals to corroborate their story and inspire others to embark on similar expedition, all of which ended in failures. 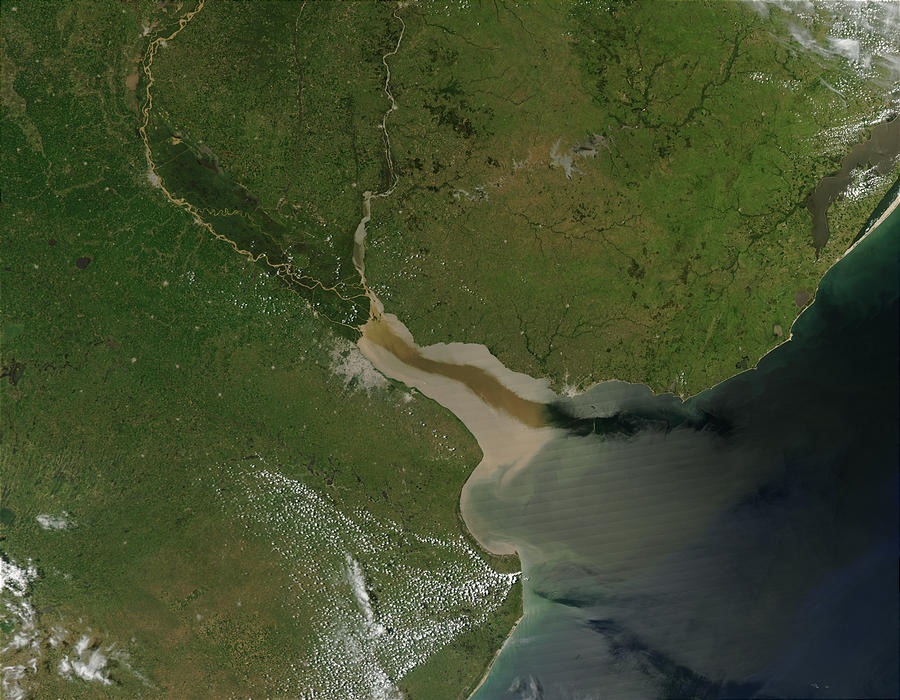 The Río de la Plata, as well as the country of Argentina, both take their names from the myth; the name “Argentina” comes from the Latin argentum, which means “silver”. Today, the shores of the Río de la Plata are one of the most densely populated areas of both Argentina and Uruguay. Buenos Aires, Argentina’s big, cosmopolitan capital city and the center of one of the world’s largest urban agglomerations, is located on its shores. Uruguay’s capital and its largest city, Montevideo, is also located on the shores of Río de la Plata.