The Kauaeranga Valley in New Zealand’s North Island was once covered in vast kauri forests. The trees were immense with thick, straight trunks. When the first Europeans came to New Zealand, they discovered that kauri trunks made excellent replacement masts and spars for sailing ships. Soon Kauri became the preferred local timber by carpenters and ship builders because the wood was durable, strong, straight and evenly grained. They had relatively few knots, and were easy to work and nail. 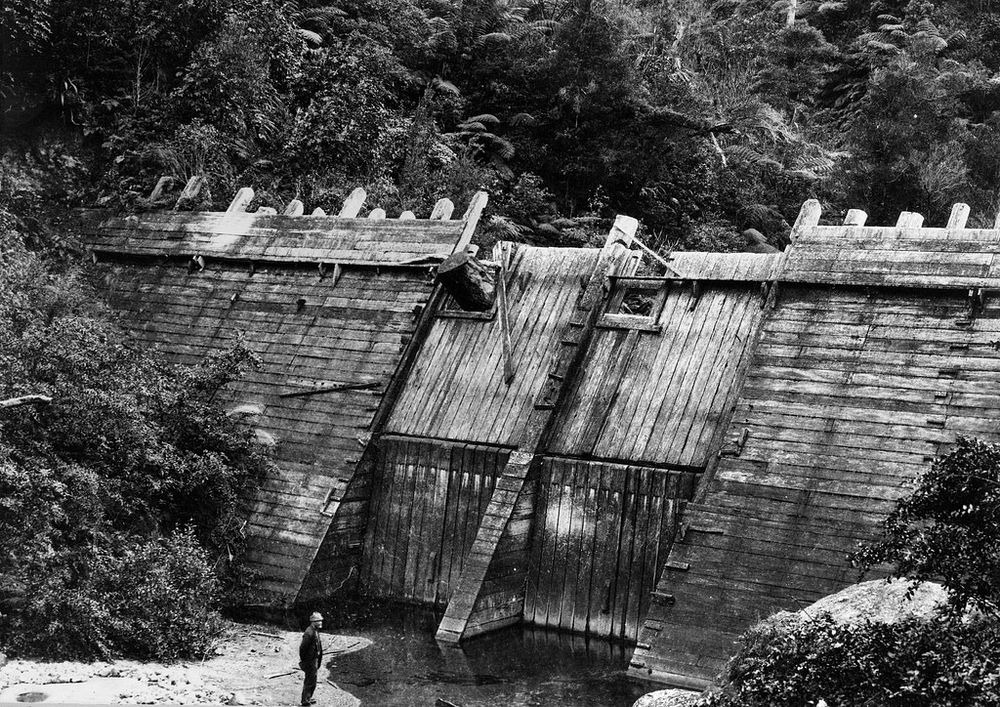 Initially, the settlers cut the kauri trees that grew in isolation near the sea. But as kauri’s fame as a timber tree grew and demand increased, teams of pit sawyers moved into the forest interior to cut logs into boards for the local and export markets. The first shipment of kauri timber left New Zealand in November 1820.

The Kauri forests were usually located well inland and there was no easy way to get the massive logs out of the difficult terrain and to the sea or to the saw mills. One way to transport them was to float them down rivers and streams. The trouble was, the logs were immense—a couple of meters in diameter— and heavy, while the streams were small with not enough water to flush them down. So what the lumberjacks did was build wooden dams across small streams and rivers in order to build up the volume of water. Once enough water collected, which could take a year or more, the trapdoors were raised and with tremendous force the kauri logs were swept down the stream. In one of the biggest-ever drive in the 1920s, some 28,000 logs were sent downriver.

Sometimes several dams in adjacent tributaries were tripped at the same time to combine their waterpower and increase the effectiveness of the drive downstream. The massive surge of logs and water caused enormous destruction to the streams and to the forest, but nevertheless provided an ingenuous way of extracting timber from terrain too difficult by any other means. The dams were also impressive engineering feats, built without drawings or detailed calculations, yet were able to withstand the pressure of tonnes of water. 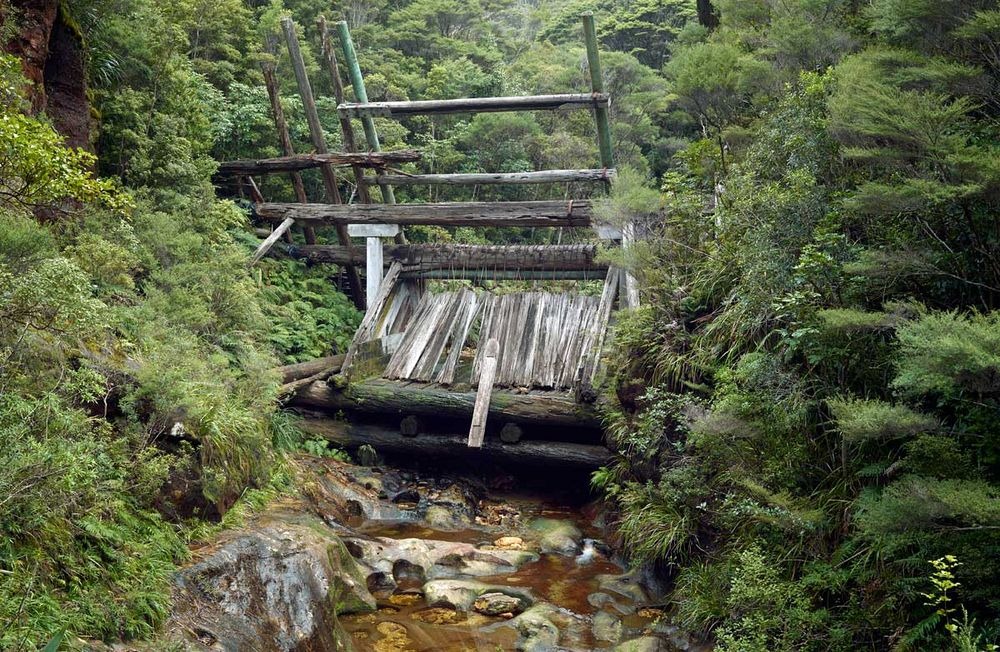 Some 3,000 driving dams once existed throughout New Zealand, with the last built during the late 1930s. As the timber industry dwindled, gradually the dams decayed and disappeared and now only a few remain as relics of this destructive industry. 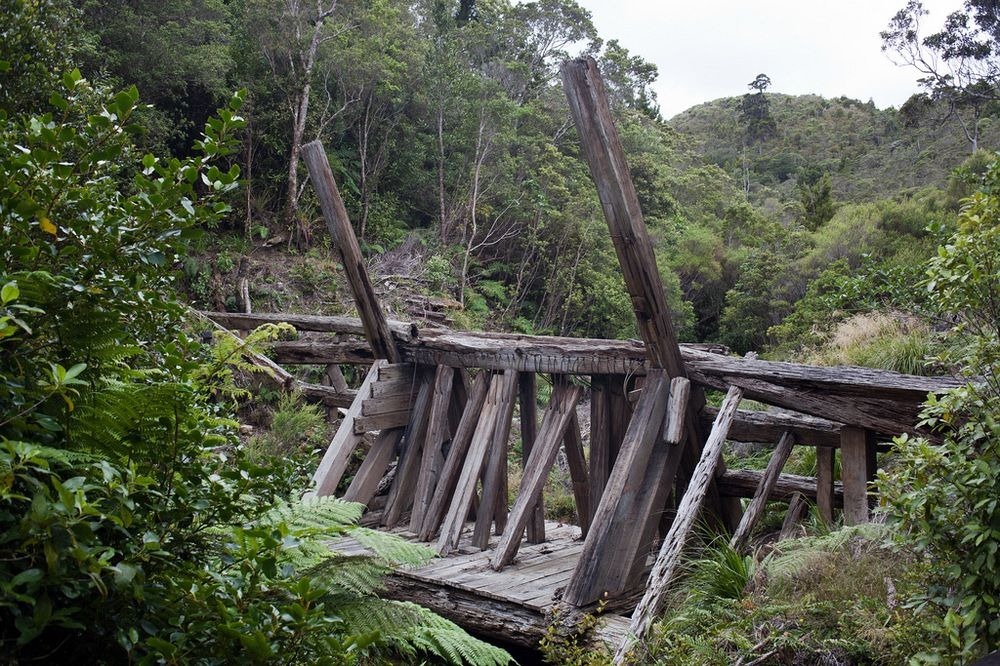 The magnificent kauri forests once covered 1.6 million hectares of the northern half of the North Island. Logging, fire and clearing for farming have left barely 7,000 hectares of native forest today. 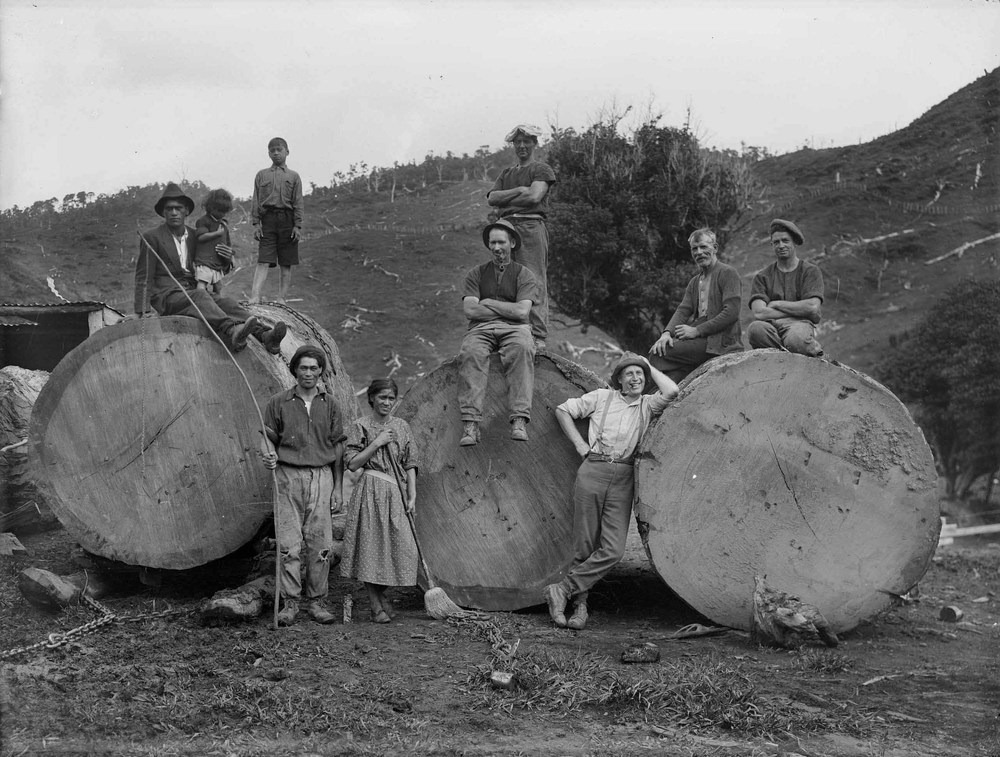